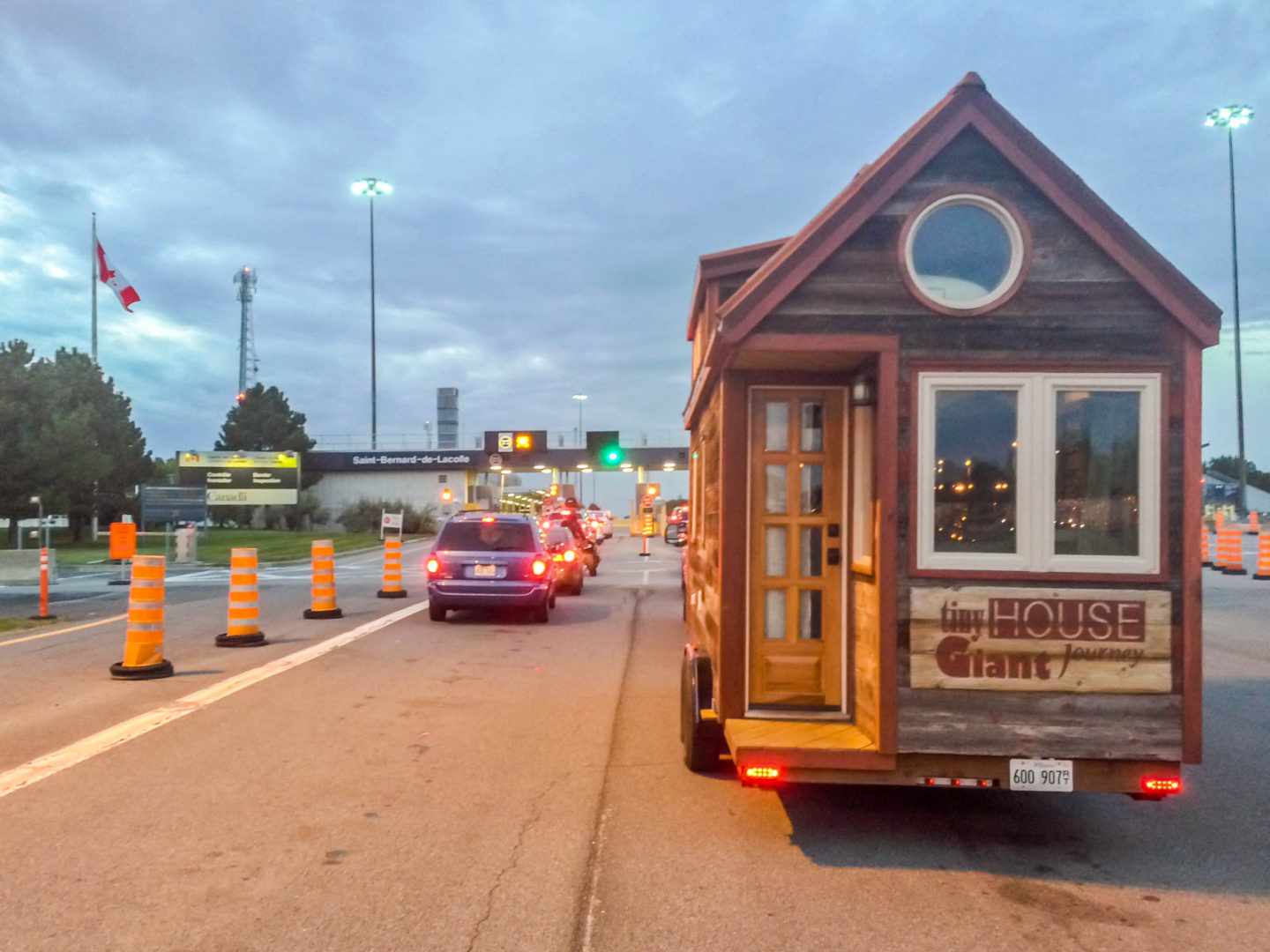 After spending almost a week in New York City, we began to feel the “itch.” I can’t remember the particular reason our tails began to curl up under our bums, but I suspect it might have been around the time we glimpsed at our bank accounts
and gasped at the recent depletion.

Shortly after, Guillaume and I had the sudden, brilliant idea to say goodbye to the big apple and head north. Once again we were headed into uncharted territory (at least on our personal atlases) and for the billionth time during our relationship, I was happy that Guillaume was French. I settled in for a relatively easy voyage, confident that traveling through Quebec with my own personal translator should be a breeze, assuming we could cross the border. I’ve heard of a few tiny homes doing it before, but we were still anxious as we approached the gateway to maple-land.

“Are you planning on moving into Canada?”

“No, we will be leaving October 5th, via a ferry from Yarmouth to Maine.”

“Hmmmm. This (re: tiny house) is very unusual. Please pull over.”

We pulled over as directed. A few minutes later two different officers arrived to inspect our home. Guillaume had been speaking to the officers in English thus far and (proven on several cheesy occasions when I requested he be “more French”) couldn’t put on a French accent if our lives depended on it. As far as they were concerned, he was born and raised in some state in the middle of America named after a forgotten Native American tribe and couldn’t speak a lick of French.

And so every time the two officers would rattle phrases back and forth in French, I would secretly pretend we were secret tiny house agents sent to spy on these Canadian custom officers. As they crawled into our loft, I carefully examined Guillaume’s face for clues as to the officers’ private conversation. In English, they were all business. But, perhaps in French they thought the tiny house was super awesome! I relished in the fact that I’d get the details later. But then –

After an hour of inspection, we were set free. Guillaume and I dashed to the truck, feeling like we’d just been given a golden ticket for Wonka’s Chocolate Factory. Not a moment after I shut my door did I inquire about the officers’ covert communication, thinking my man was very clever to conceal his bi-lingual super power.

“I couldn’t understand a word of it,” Guillaume admitted.

Apparently the officers had very thick accents, used different slang and spoke very fast. I was disappointed that I would never know their secret admiration or aversion toward our home, but also worried my translator and I were about to have a rough few weeks…

Stay tuned for our travels in Quebec!