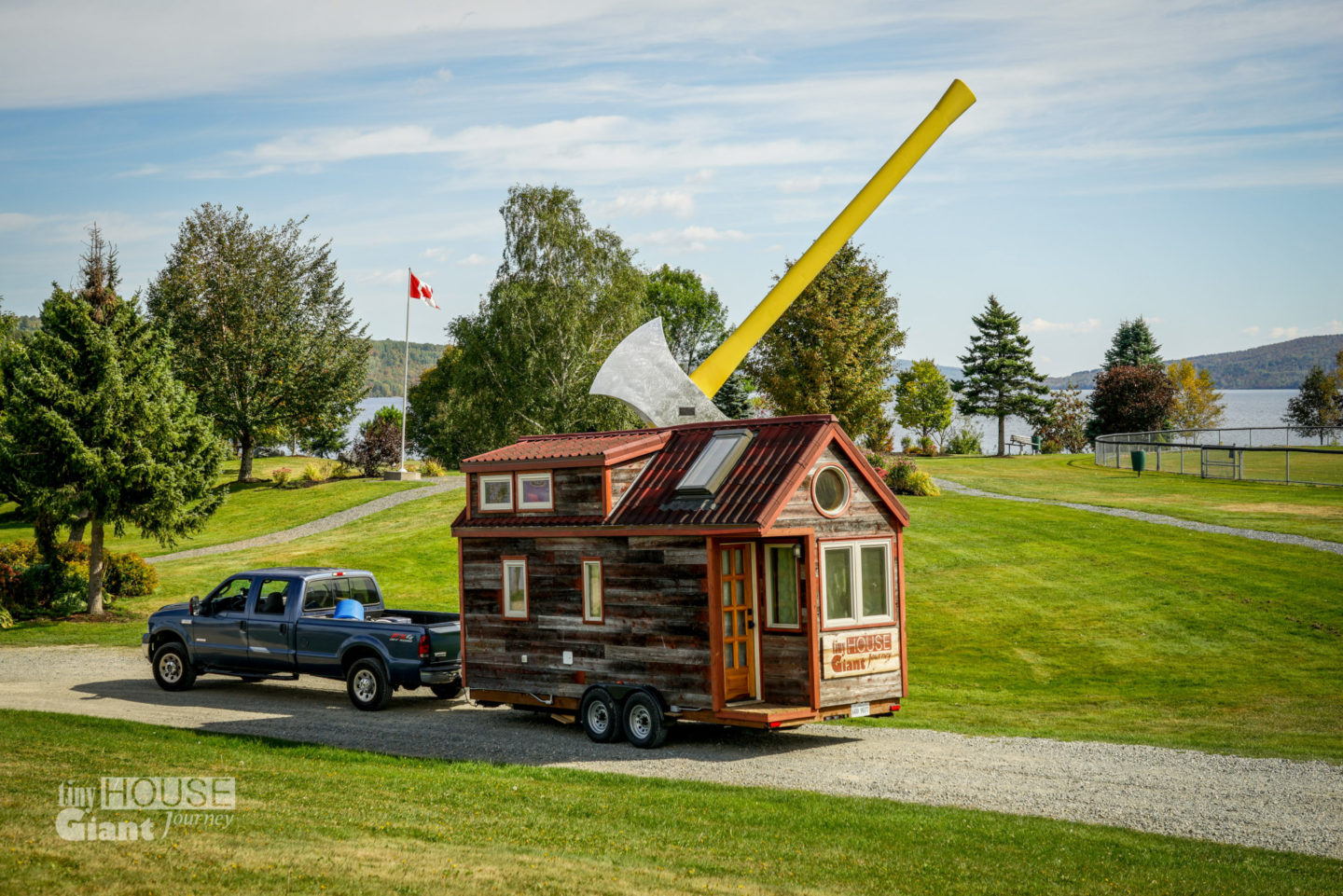 After leaving Quebec, we hopped, skipped and a jumped through New Brunswick. Our open house tour had us scheduled to be in Fredericton on Friday evening, Moncton on Saturday morning and Halifax on Sunday. So it was a quick trip and a long drive through this province… but the drive, oh my!

We finally had our first taste of autumn, and it was dipped in orange, red, green and yellow sprinkles. 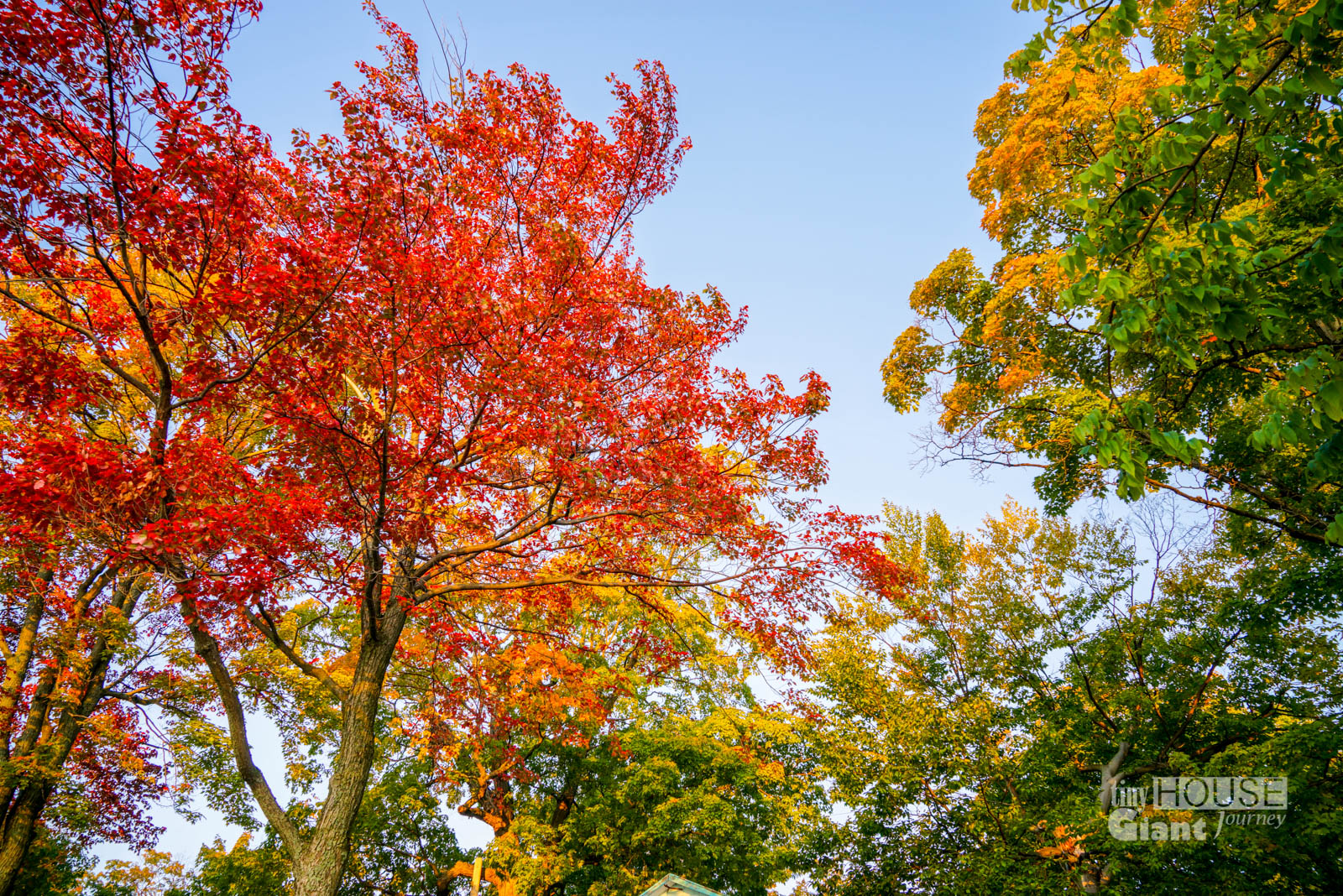 I’ve been on three really memorable scenic drives in my life: 1). The Pacific Coast Highway along the coast of California, 2). Seward Highway in Alaska, and 3). The Trans Highway E through New Brunswick.

Perhaps it felt magical because of the world of color surrounding us, or maybe it was because we were trespassing through some magical creature’s land. After all, the real inhabitants were lurking behind the large fences that line the road. We caught a glimpse of one of these monstrous natives, frantically trying to trample the barricade. His long palm-like antlers scraping the metal gating. His hoofs stomping. His nostrils flaring.

I’ve seen a moose just once before, in Alaska when I was riding my bike alone along the Tony Knowles Coastal Trail. She was grazing calmly in the middle of the trail, so I slowly disembarked my bike and snapped a photo. A few minutes later she nonchalantly left the path and allowed me to continue along the trail. My heart was swelling with pride. I, Jenna Spesard, was granted passage by this “magical creature.”

Our New Brunswick moose was not as kind spirited. We only caught a glimpse of his angry struggle before we zoomed past with the tiny house in tow, but I knew he was glorious and a supreme specimen for my collection of “magical creature encounters.”

It must be said that I am a fan of the highway fences. Although I worry poor Bullwinkle has been separated from his beloved, I think it’s better than the alternative. When moose meets car, neither are very happy with the outcome.

Later on down the highway, Guillaume spotted a sign for “World’s Largest Axe.” So, of course, we had to turn off.

The axe is actually enormous and didn’t disappoint. We took a bunch of cheesy photos, as you do at these roadside attractions. Jolly good fun.

We also met an interesting character who is on a crazy adventure of his own. Jason Tang has been cycling across Canada, starting in Vancouver until he finally met us in New Brunswick, at the World’s Largest Axe. Check out his Facebook page. 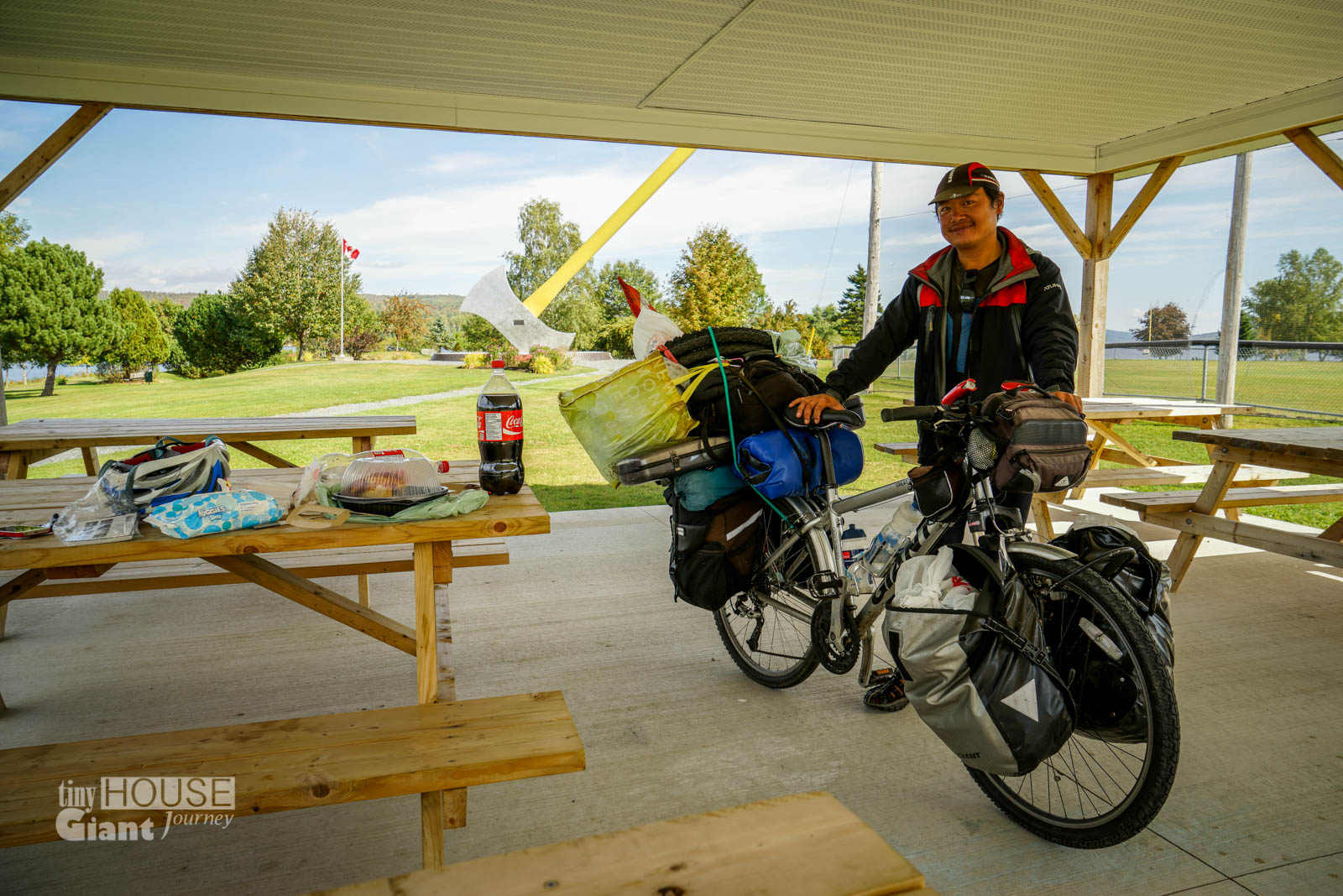 Before we knew it, we were out of New Brunswick and headed straight for Halifax, Nova Scotia. More on that in the next post.