Most of the time our tiny house travel motto is: “Let’s play it by ear.” Guillaume and I prefer not to plan too far ahead when it comes to traveling with the tiny house. We move slow. 300 miles a day is a BIG day. But occasionally, we have an event that dictates our schedule. That was the case for the Tumbleweed workshop in Charlotte on November 7th.

In between Boston and Charlotte, there’s A LOT to see. We hated to rush it, but our wood stove installation kept us from departing Boston until November 1st, leaving us only six days to get to Charlotte, North Carolina. We needed to burn rubber!

We were traveling south on the 90 through Massachusetts and making good time, when we received a tweet from one of our followers: “@tinyhouseGJ can you pull over? I’ve always wanted to see inside a tiny house!”

This isn’t out of the ordinary. Our tiny home has a sign over the bumper displaying our project name “Tiny House Giant Journey.” A quick google search will bring curious drivers to our website, twitter, youtube, etc. Often while on the road, we’re tagged in photos. We think it’s a pretty fantastic way for us to document our journey! Check out a few:

Even though we were in a hurry, we responded to the tweet and pulled off at the next rest stop. A quick five minute tour made this guy’s day, and ours.

Social media has been very kind to us. In the days leading up to our departure from Boston, we received a bunch of requests for an open house stop in Connecticut. One Facebooker sealed the deal with mentioning that a local New Haven pizza joint was recently voted “Best Pizza in America” by the Daily Meal. Bingo! We posted a quick parking request on our Facebook page, and the kindly Jenn Stockwell offered her driveway just north of New Haven for the evening. Thanks Jenn!

We arrived at Jenn’s just before sunset. The entire Stockwell family greeted us and took a private tour. The kids were all grins, as big sister helped little brother climb into the loft. 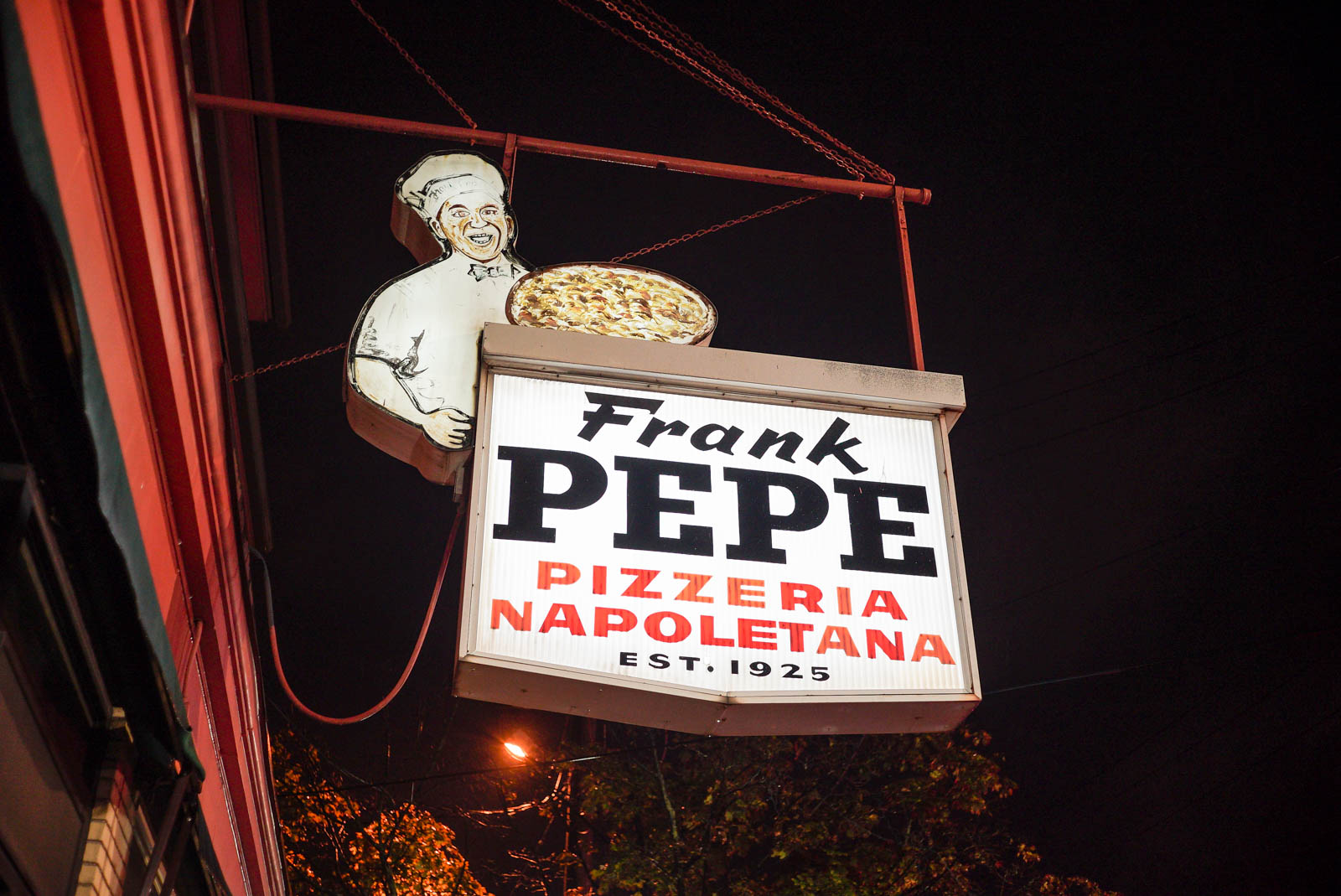 That evening Guillaume and I headed downtown to taste the “Best pizza in America.”  Frank Pepe’s pizza pies are made from an 80 year old Italian recipe and cooked in a brick oven. The crust is thin, seasoned and crisp. We were warned by our hosts that there is usually a line around the block, but because it was a rainy night, we only waited 20 minutes.

One tomato pie and and one white clam pizza later, Guillaume and I were stuffed and content. If I’m being honest, I preferred the slice of artichoke and truffle pizza I had in New York. But Pepe’s white clam was definitely unique and I can see why it’s considered “the best.”

The following morning we held an open house in Jenn’s driveway. I was shocked by the amount of people that showed up on a chilly, New England Sunday morning. Who knew there were so many tiny house enthusiasts in Connecticut? It was fantastic! 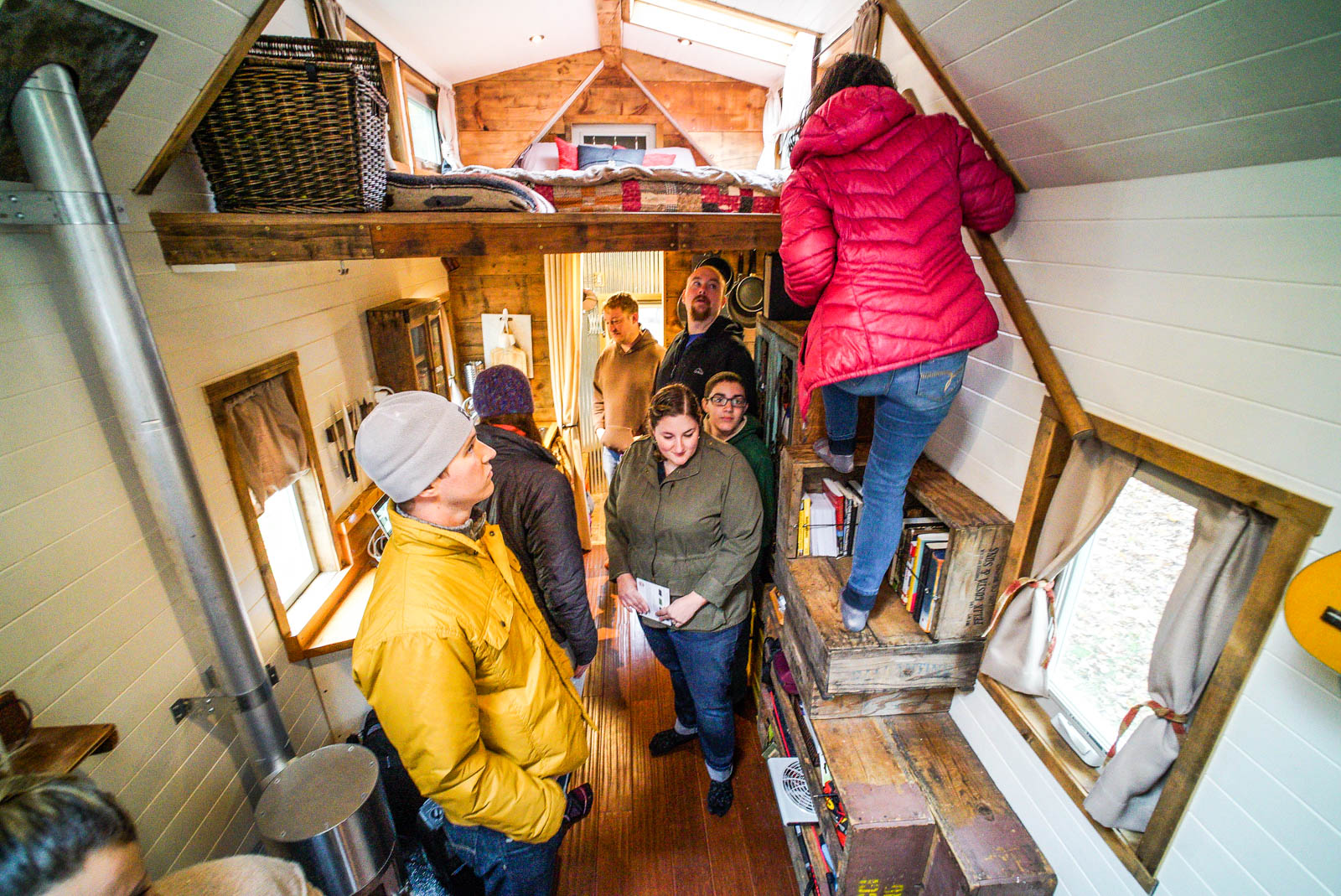 We met Luise and Sean who are currently building a tiny house with a gable roof (pretty unique)! They have an Australian Shepherd, which is the same breed as Salies. The dogs immediately bonded, and so did their human owners.

Another couple with a similar tiny house interior aesthetic to ours showed up, and we gushed over their photographs. One visitor shared photos of her tiny home in construction, which is being built on a hay wagon, making three tiny homes soon to be in the area! Yet a forth tiny house was revealed later, being built only a few blocks away from where we were parked!  Connecticut tiny housers unite!!! 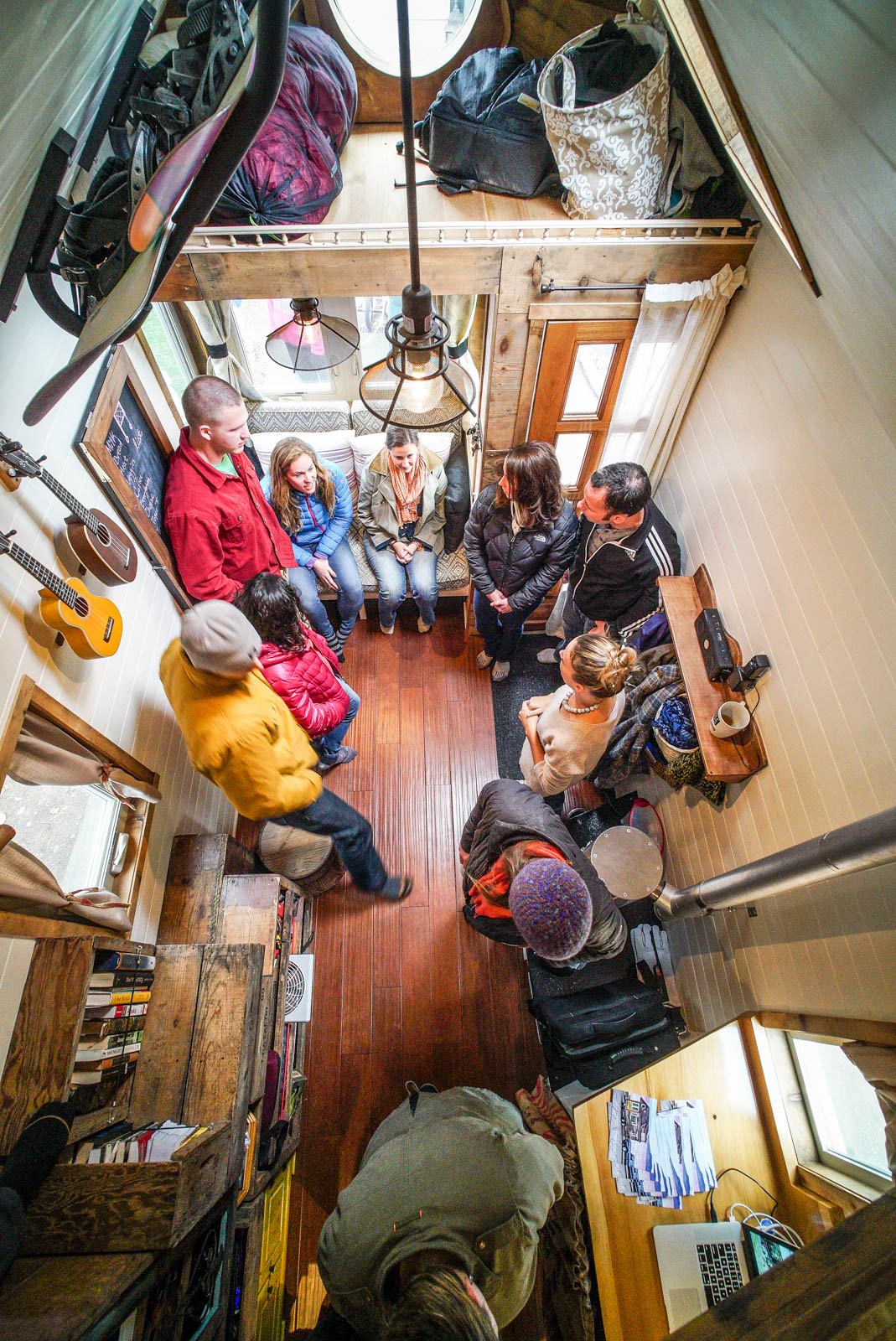 Around 10:30am we started making our way south. Can you guess where we stopped next? Here’s a hint: Boneyard.