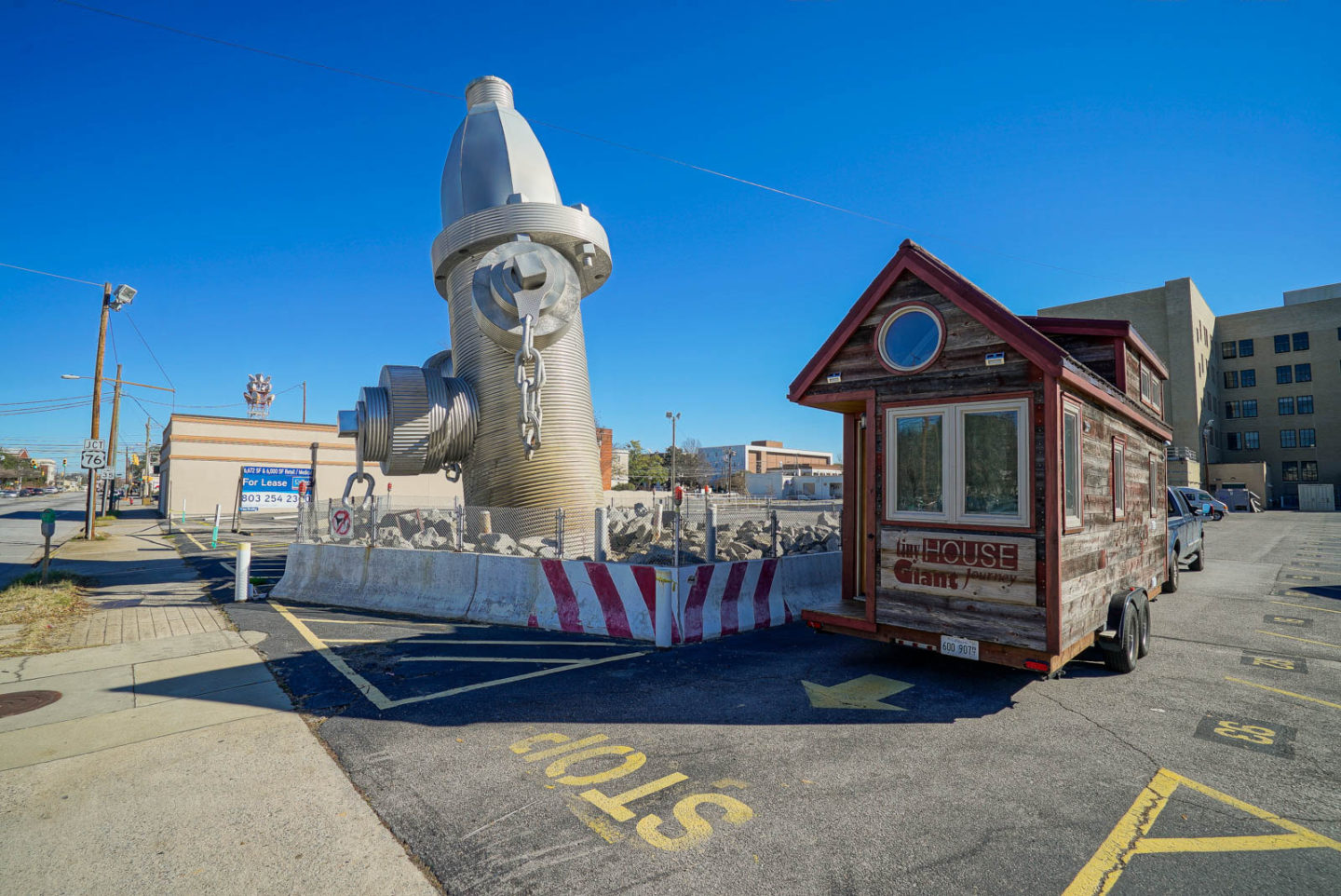 Have I mentioned that Guillaume and I like roadside attractions? In the center of Columbia, is the World’s Largest Fire Hydrant. So, of course, we had to stop off and take a photo. 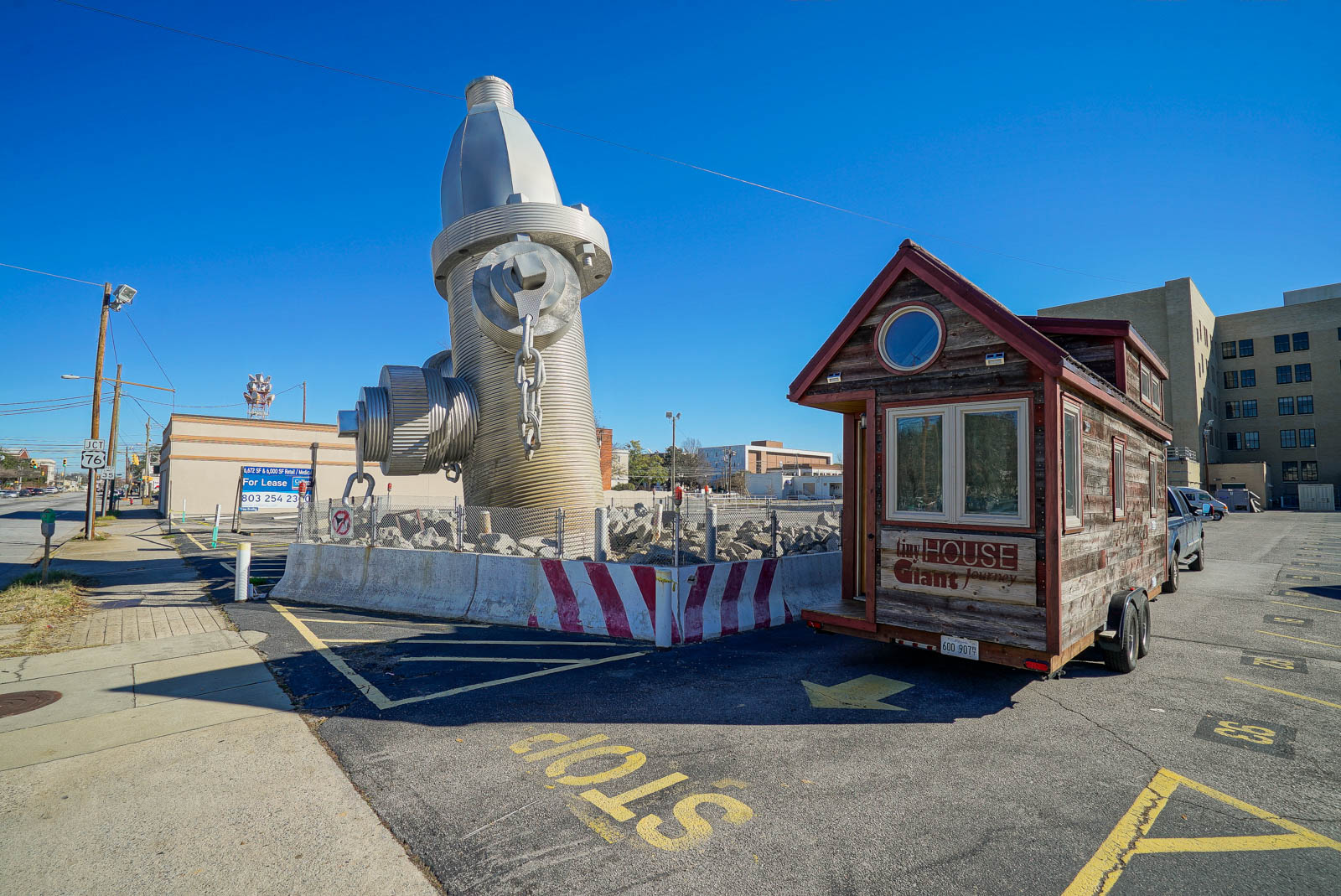 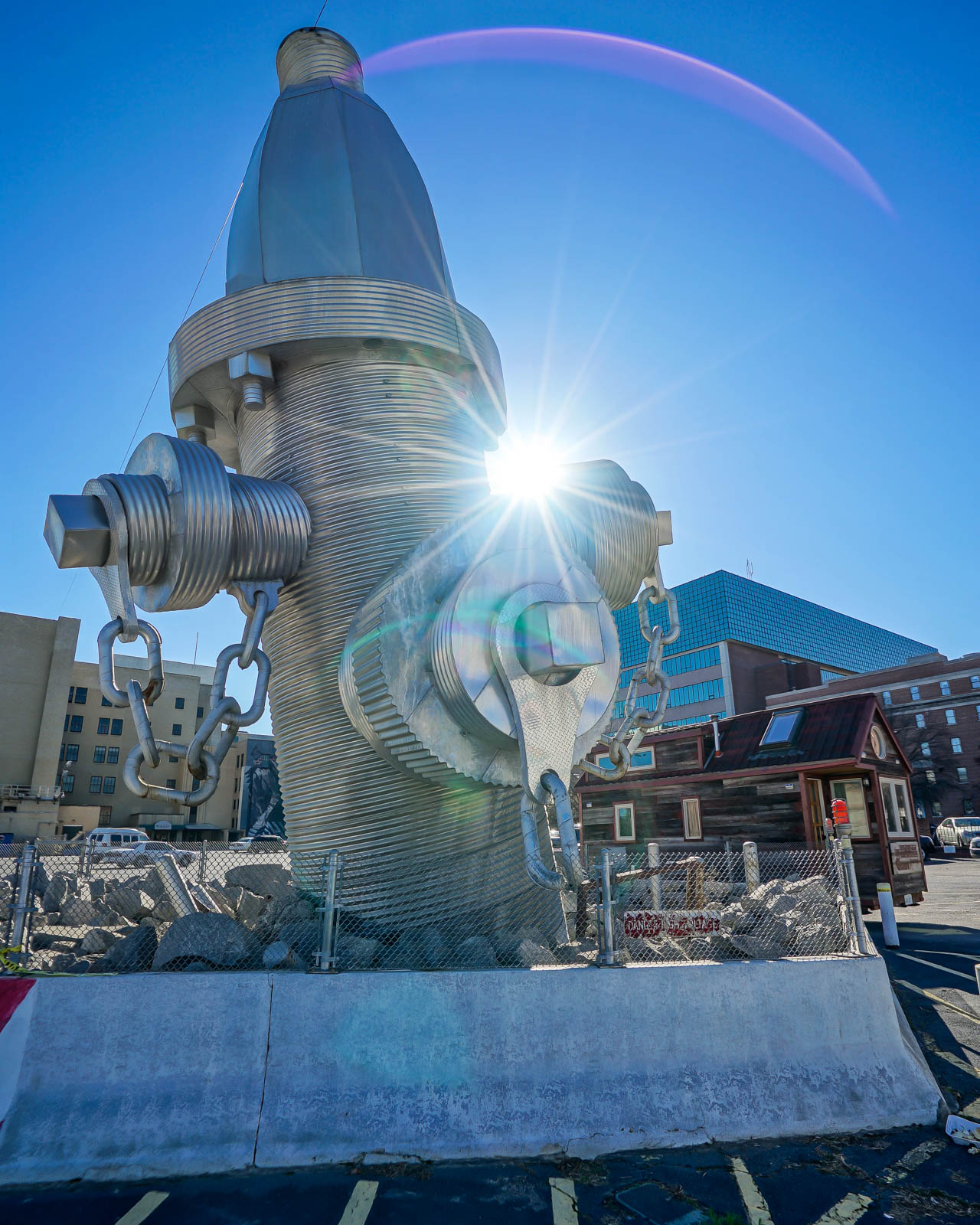 We spent our first evening in Columbia relaxing and watching Stars Wars with Dale and Kevin, our driveway hosts. Dale made us a few martinis and Kevin crocheted us a hat and phone case!  Their two kittens immediately latched onto Guillaume. Salies was jealous.

We had a fabulous dinner one night in Columbia at Motor Supply Co. Bistro with my uncle and cousins, who live nearby. The menu changes daily and the chef uses farm fresh ingredients. Everything we ordered was decadent and delicious.

One afternoon Guillaume, Salies and I went for a stroll along the Conagree river. The water and trees were simply gorgeous. Guillaume desperately wanted to see an alligator. Me… not so much.

We spent two full days exploring the Congaree National Park. The first day we hiked about eight miles on the Boardwalk, West Lake Loop and Oakridge trails. Sometimes we were elevated above swampland, other times we were shuffling through leaves and ducking under fallen trees. As we walked along, I imagined the park in the summer. The towering pine trees would be dripping with humidity and the park would be full of critters like mosquitos and snakes. A totally different playground.

As we shuffled along the trail in brisk December, I felt as though we were walking along the tongue of crooked toothed whale. Cypress knees poked out of the murky water like stalagmites. 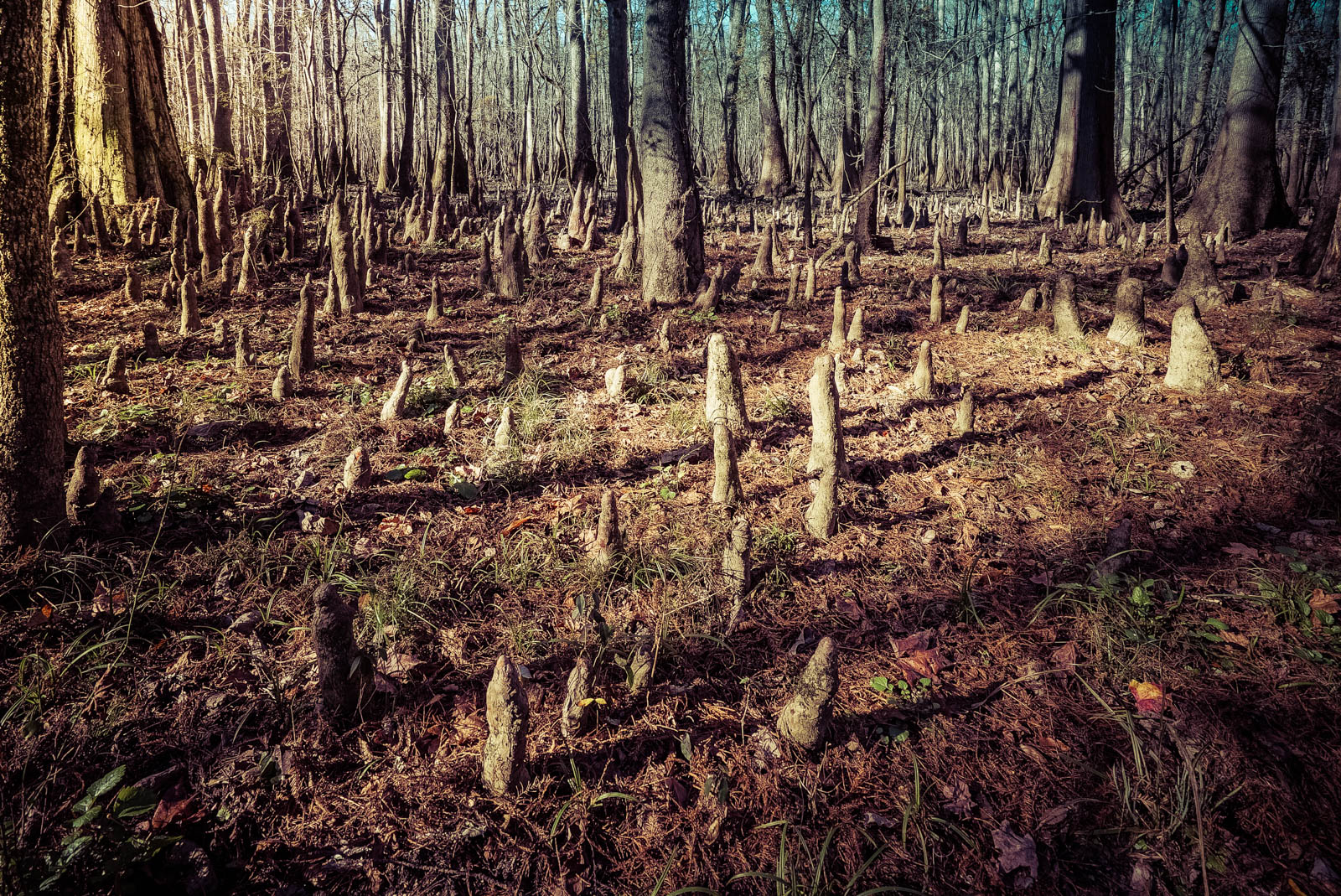 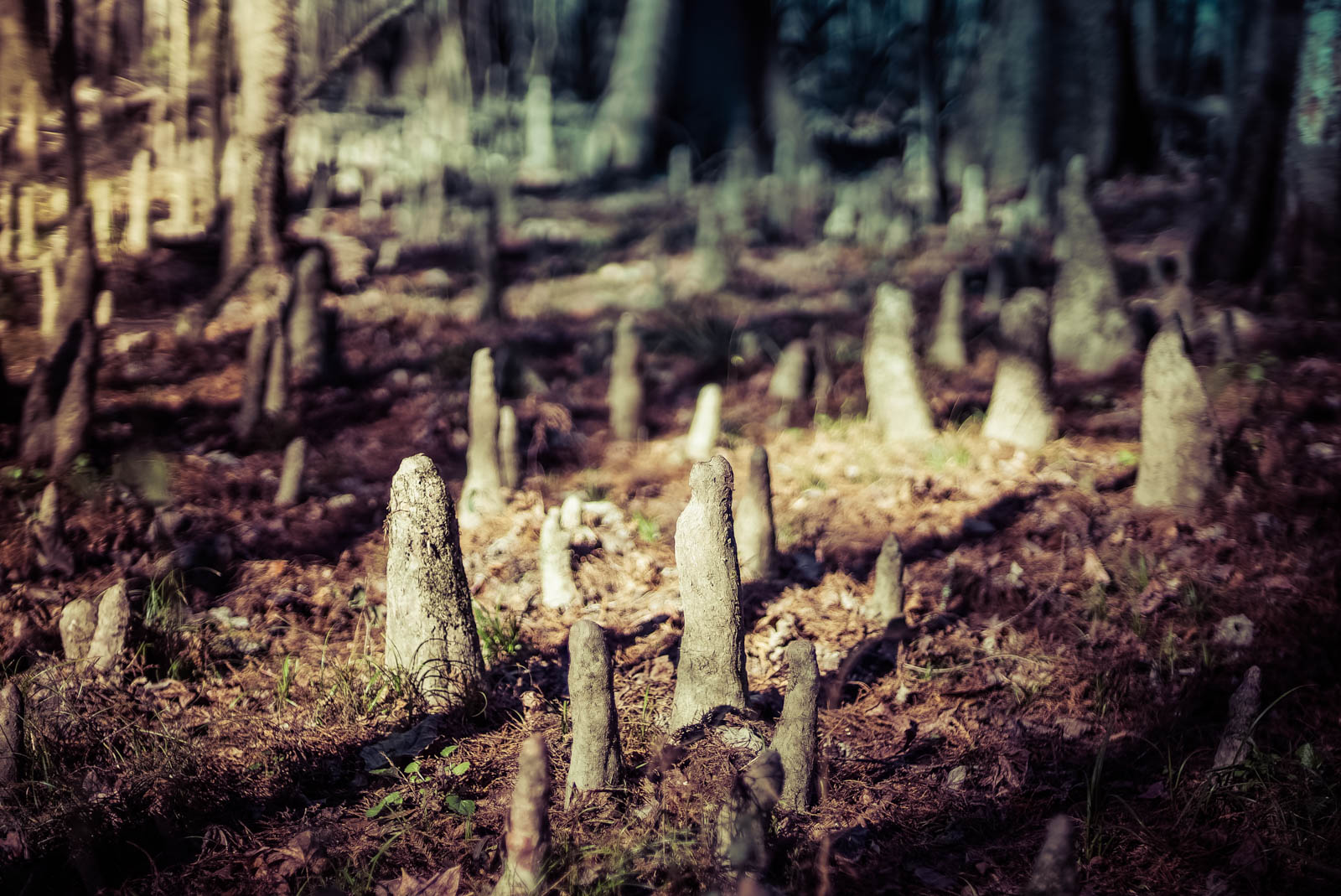 “I’ve never seen anything like this,” Guillaume said, captivated. It has been amusing, watching him discover the United States. He’s been to thirty three states now. One year ago he had only been to twelve!

Later we asked a park ranger about the loud noises off in the distance, and she said that there was an army base nearby. “Oh…” I said sadly. What a shame, the whispering natural sound scape was spoiled by the sound of gunfire and grenades. 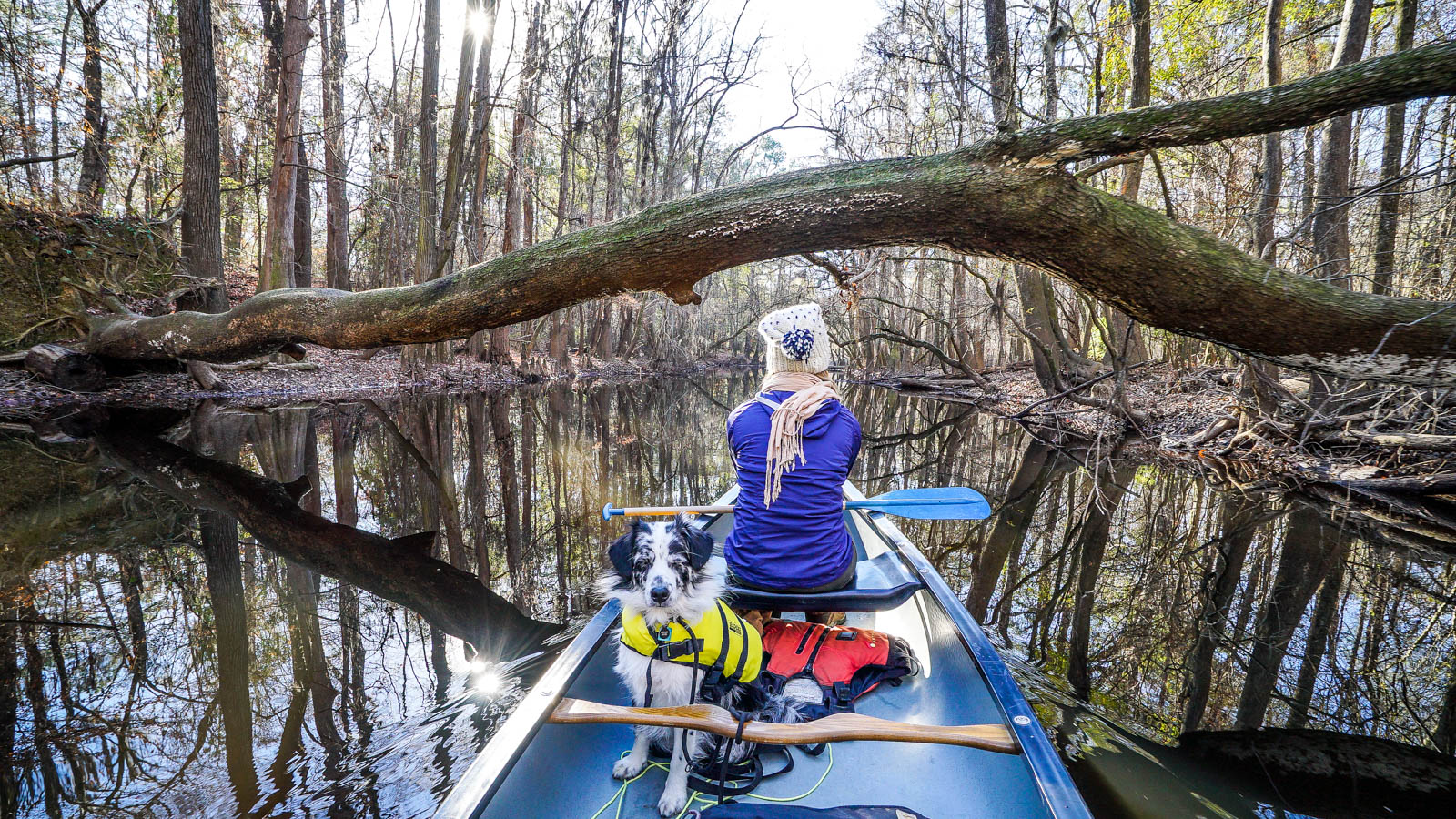 The second day we rented a canoe and explored the national park by floating down cedar creek. The water was only three feet deep, but it was so dark that we couldn’t see anything below a couple of inches. We glided across the black mirror, maneuvering around moss covered logs and cypress knees. My thoughts (and Guillaume’s) were always on alligators. Only his thoughts were excited, and mine were borderline terrified.

We zig-zagged down the creek, in utter stillness. It was like we had the entire national park to ourselves, which was a very different experience from the busy Smoky Mountains.

We didn’t see an alligator in the Conagree, but we would see one soon..

Next up: Where Rhett Butler was from… can you guess?