Guillaume and I rented “Gone with the Wind” when we arrived in Charleston for two reasons: 1). Because, like so many movies, Guillaume had never seen it. And 2).The character Rhett Butler was a Charleston man.  We watched it in two sittings, because the film is very long. A few days later, as we were walking down rainbow row, I turned to Guillaume and asked:

“Which one of these vibrant beauties do you think would have been Rhett’s family home?”

He cocked his head, and considered his answer for a moment. Then he puffed up his chest and smirked, “Frankly my dear, I don’t give a damn.”

Speaking of family homes, our tiny house was parked in Summerville, just twenty minutes from downtown Charleston. This time we were hosted by the Castro family, who were extremely generous. They even gifted our dog a new reflective collar!

We spent three full days in Charleston, exploring the bustling old city market and drooling over a delicious slices of Charleston sugar pie. One experience I’d recommend is the Old Slave Mart Museum, even though the museum is tiny and there are only a few artifacts. In fact, I was able to experience the entire museum in thirty minutes, but the video and audio displays were very well done. I learned a lot about what life was like for a Charleston slave.

Guillaume and I continued our history lesson at the Magnolia Plantation, an old rice plantation that was opened to the public after the Civil War. We entered the property through a tunnel of oaks, which parted to reveal an enormous victorian-style home with a wrap around porch. A breath caught in my throat…It’s just like the movie… 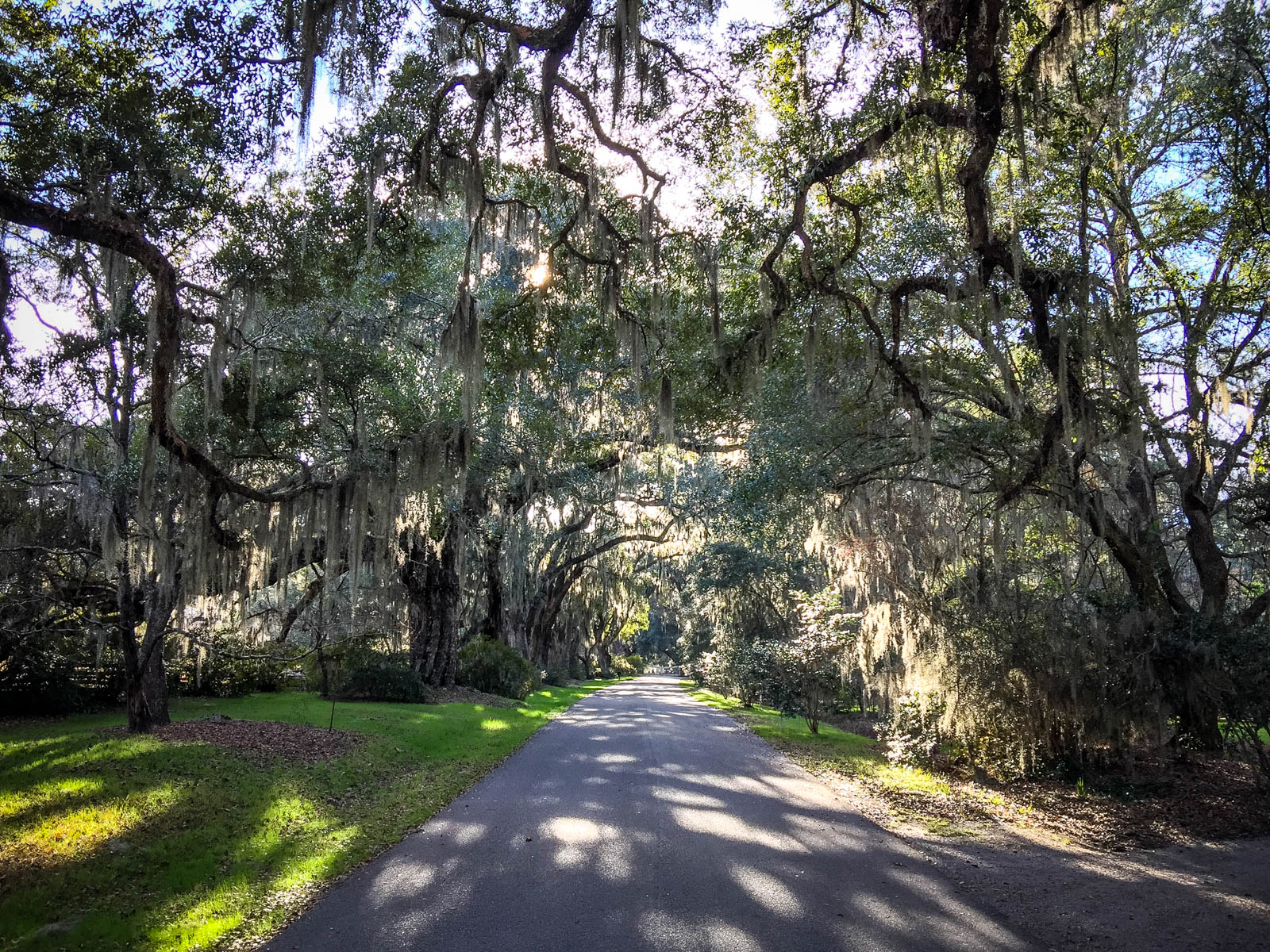 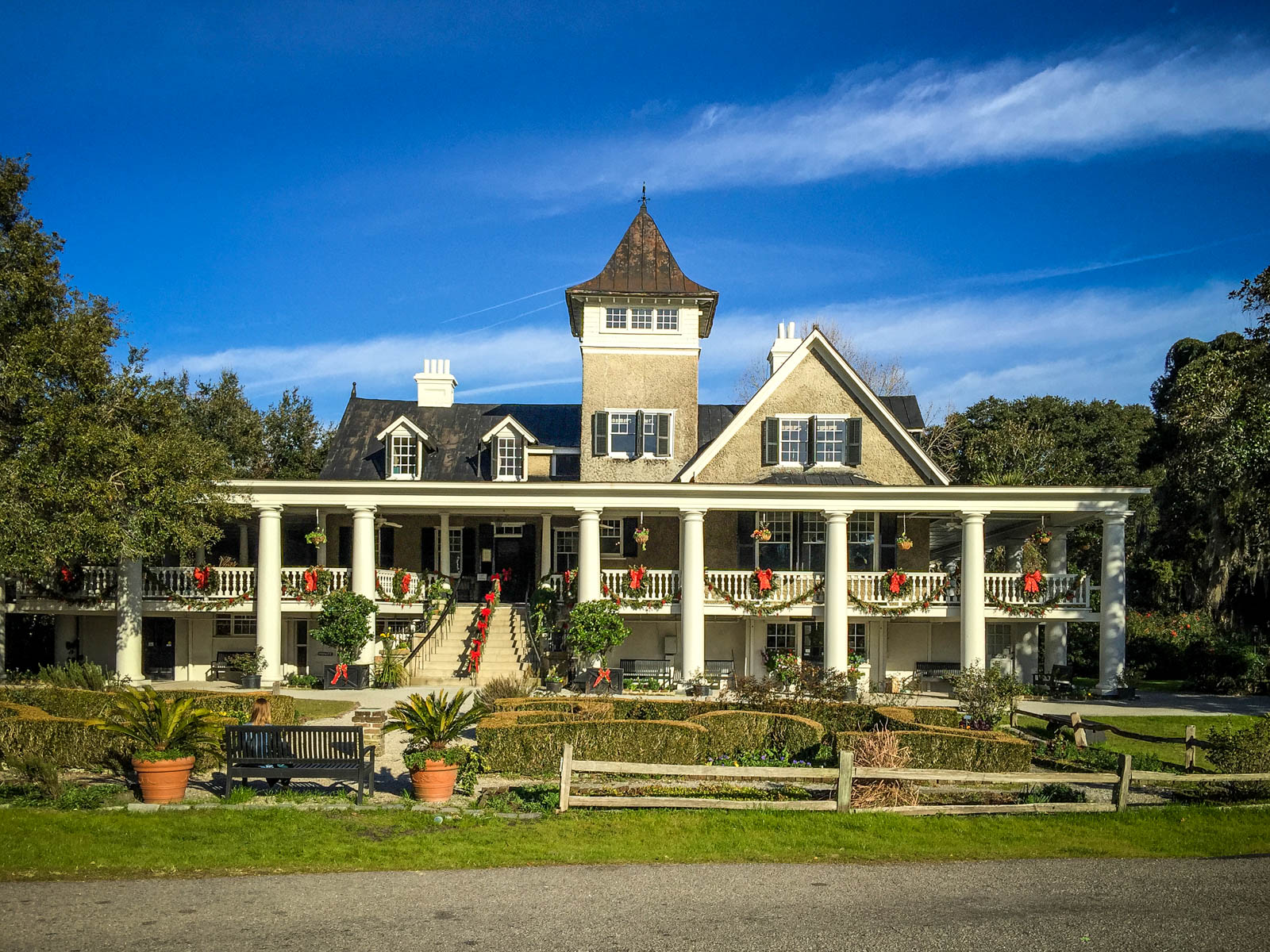 The Magnolia Plantation has a lot to offer their visitors. We could have easily spent the entire day just exploring the gardens.

After a serene walk through the British-style gardens, we did three tours: the slave house tour, the plantation home tour and a self-guided swamp tour. Our tour guides were extremely knowledgable and happily answered all of our questions.

During the early 1800s, the slaves at Magnolia were sharing a space half the size of our home, with eight children and no running water or electricity. No doubt, they would have considered our tiny home a palace.

Old newspaper use for insulation on the slave homes

Old newspaper use for insulation on the slave homes

The swamp tour was beautiful and eerie. The water looked like a thick pea soup. “Duckweed,” they call it – the smallest blooming plant int he world. I like small things, so I decided I like duckweed.

Once again Guillaume was eyeballing the murky water for an alligator, but just like in Columbia, he walked away disappointed.

We weren’t allowed to take photos inside the house, and once we found out the glamorous plantation home was rebuilt years after the Civil War, it wasn’t all that impressive. Still, I have to admit that it was fun to hear about the lives of the aristocrats who lived there in the 1900s.

Our final day in Charleston was spent looking at a tree. That’s right, a tree. We drove at least an hour to see this particular shrub. And it was worth it.

This is the Angel Oak – a gargantuan tree, estimated to be between 400-1400 years old, no one really knows. Its twisting giant biceps have gotten so long that they’ve actually surrendered to gravity and dug themselves into the ground. But a little dirt didn’t stop them growing. I could see that the relentless branches had resurfaced a few feet later, and continued to reach skyward.

Next up we head south and tour a bright, victorian-style tiny home!