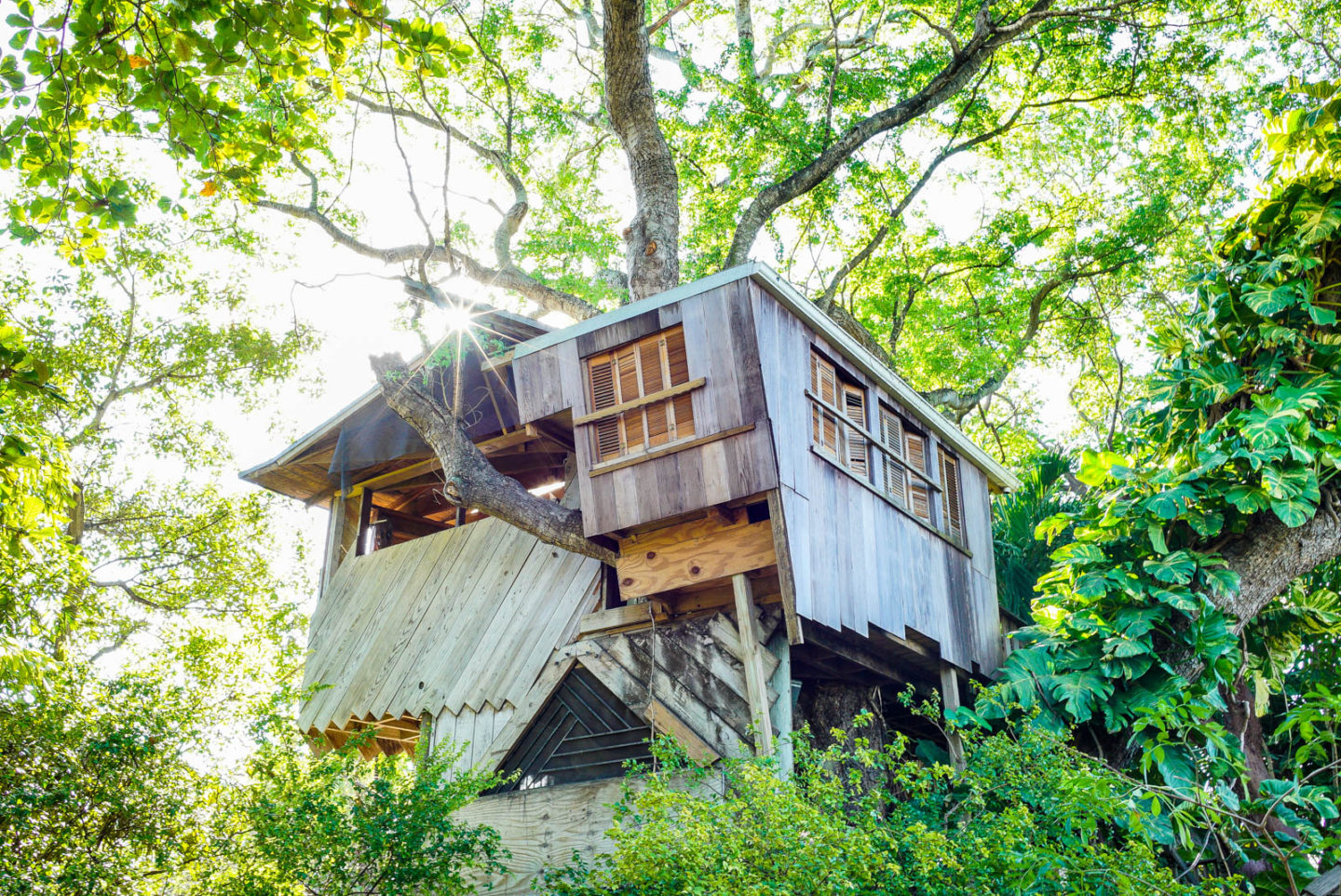 What is the first word that comes to your mind when I say “Miami?”

Rolling down the road, onto the next adventure! @iammachi #tinyhouse #tinyhome #thgj #ontheroadagain

While in Miami, we picked up a few hitchhikers: my parents.

I remember when I told my father I was going to quit my decent paying job and leave Los Angeles after six long years of clawing my way up the movie industry ladder. I’m fairly certain he was not floored by the idea. We’re very different people, and perhaps our biggest challenge is accepting each other’s differences. He’s traditional. I’m eccentric. He enjoys a comfortable midwestern lifestyle, while I would prefer to live on the road in a mobile cabin. One of us is a gypsy, and one of us paid for that gypsy to go to college… only to see her quit her job.

Yet he and my mother have always been my biggest fans, as hard as that might be at times. And they trust my decisions, and ultimately support them. So much so that they decided to join our adventure for a few days, even when I booked a tree house for their accommodations.

Was that cruel of me?  In my defense, I wanted the trip to be memorable, unlike others we’ve had in the past that now muddle together in our minds. But not this trip. This is the trip where they would sleep in a tree house! I was determined to make that memory happen, for better or for worse. And it was this unusual opportunity that brought us to Miami.

As we drove to the tree house, located in urban Little Haiti on a permaculture farm, I tried to stay positive. I could almost feel my mother’s urge to book the nearest hotel. “It’s going to be great.” I assured her. My mother and I were following the tiny house in her sedan when we witnessed a couple of rowdy teenagers jump onto the porch, as if they were going to hitch a ride. I held my breath as they peeked through the windows and knocked on the door… Should I yell at them? Tell them to buzz off? Luckily the light turned green and they jumped off the porch and scurried away.

I audibly sighed and glanced over at my mother. Together we broke out in nervous laughter. “We can always book a hotel,” I conceded.

We arrived at the farm and what we saw was absolutely astonishing. A luscious farm in the middle of a city, who would’ve believed it?! Ray and Leslie, the farm owners, directed us where to park the tiny house. Both of them beaming with deserved pride, showcasing their two acres of paradise. My father was giddy.“Take my photo with this parrot!” He said, red faced. “I just can’t get over this…” We were all stupefied at this hidden Eden located in the middle of Miami.

Our Tiny House on the Farm

Vegetation on the Farm

Dad with a Rescued Parrot

Top Level of the Tree House

Ray took me through his three story tree house, which has withstood hurricanes and hundreds of vacationers. He also walked me around his property, where he raises rescue animals, grows vegetables, composts and teaches inner city children about agriculture.

My parents slept in Ray and Leslie’s vacation rental tree house, and I think it inspired my father. He began researching backpacking trips extensively, almost obsessively, over the next few days. By the end of the trip, we had agreed to do a 20-30 mile hike within the next year. Adventure is a contagious disease.

Guillaume and I had heard about another tree house not too far away before arriving at the farm. I mentioned it to Ray…

“I think the woman’s name is Shawnee… she has a tree house not far from here. Have you heard of it?”

Of course she is! I felt like an idiot. Obviously these two tree houses, located only a few miles from each other, must be the product of genetic like-mindedness!

Shawnee’s tree house is located behind a big house that was originally her son’s home. Joshua (Shawnee’s son) sadly passed away unexpectedly from a heart condition. Shawnee remarked on how it was Josh’s pleasure to work in the backyard and that he was her best friend. The day we visited Shawnee was the six year anniversary of his passing. “I’m finally able to be happy on this day, rather than sad.” She told me. “Happy for the life he had, not the life taken away.”

Shawnee raised her children in these two tree houses. She feels free in the open air and comfortable with the simplicity of it all. I doubt she’ll ever live behind four walls, and I can appreciate that.

The words “tree house” did define our Miami

Next up: A place for mice and astronauts. . .

*To stay in Ray & Leslie’s tree house or on their property. click here.

*To stay in Shawnee’s Tiki Hut, or on her property, click here.