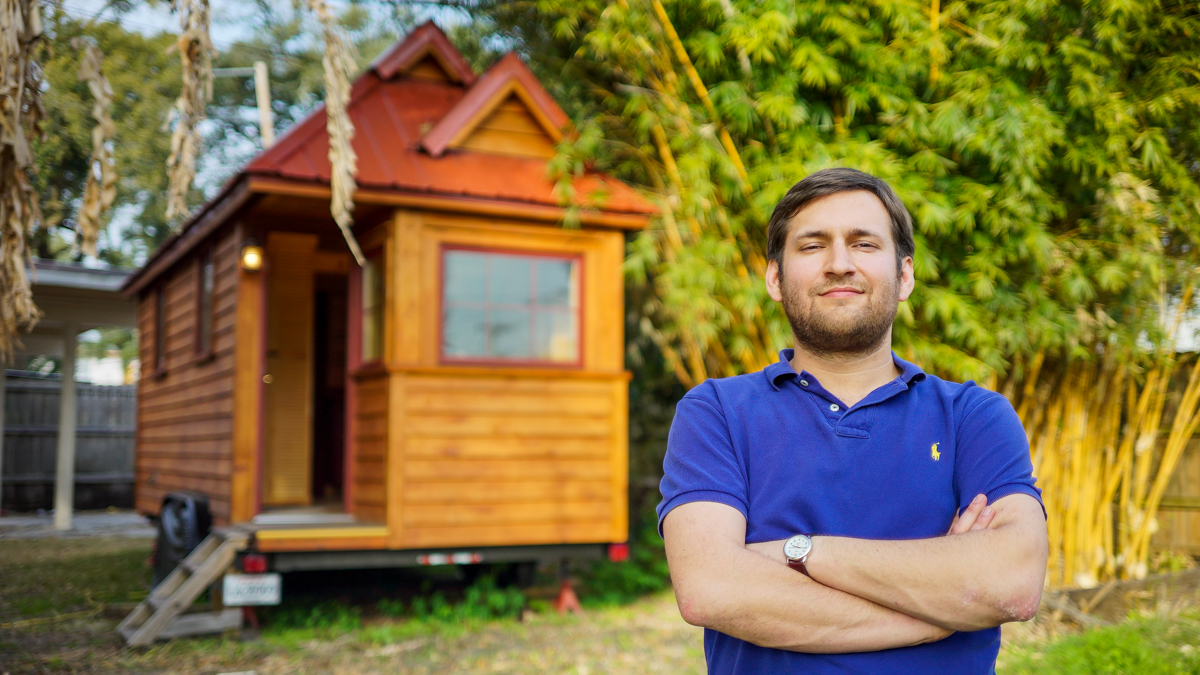 It’s funny sometimes how small the world is. Or should I say: Tiny? While traveling through Louisiana, we had a stranger reach out on Instagram and offer to show us his self built New Orleans Tiny House. How could we resist?  We hustled over to his residential neighborhood and found an adorable Tumbleweed Cypress parked in his backyard.

Derek has experience living in tiny spaces when he was forced to relocate into a FEMA trailer, like so many others in New Orleans, after Hurricane Katrina. After living in a cheap RV, he knew his next tiny abode would be made from high quality materials and customized to fit his lifestyle. That’s why Derek chose to build and modify Tumbleweed Tiny House plans, just like we did! 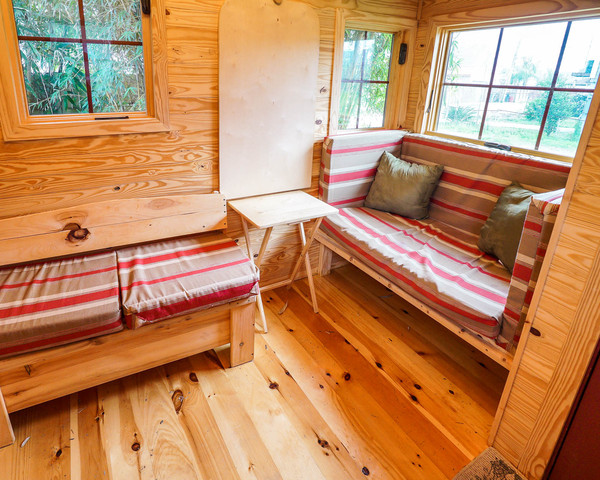 He originally built his tiny house as a week day living space, so that he wouldn’t have to commute into the city from his suburban permanent home. After living in it for awhile, Derek saved enough money and was able to purchase a large home in town for his growing family. His tiny home is now parked in the backyard and used as a guest house.

After building the “NOLA Tiny House” with his father, Derek says it holds a special place in his heart. He doesn’t think he’ll ever get rid of it, but perhaps it will evolve overtime as his family expands.

Derek was very humble in his video tour, often pointing out the mistakes he made or things he would do different (like adding dormers to his loft). It’s refreshing to hear these stories and I know it’s helpful for those of you looking to build your own tiny home.

What do you think? Could you live in Derek’s NOLA Tiny Home?