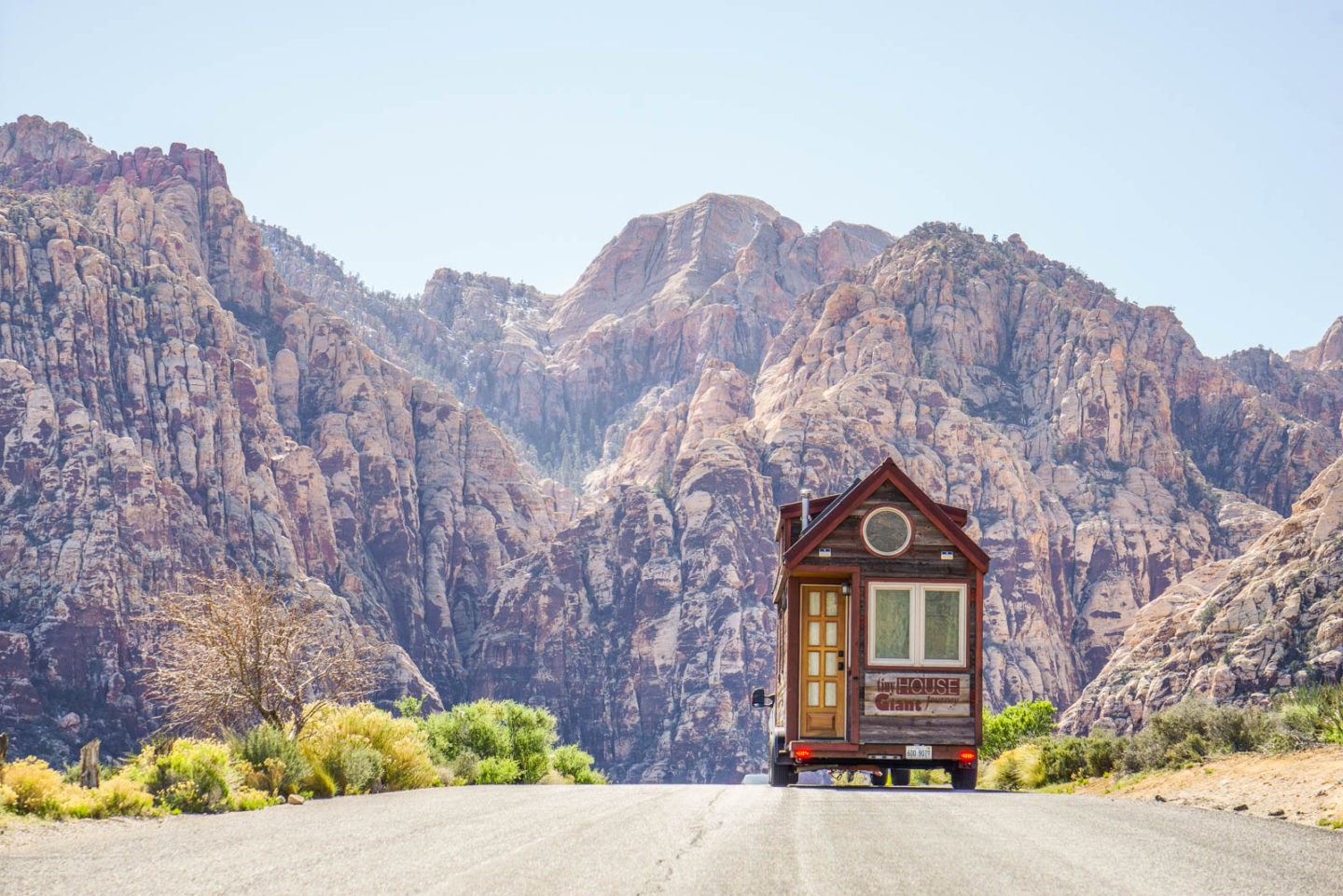 On our way to Las Vegas, we decided to try to drive the tiny house over the Hoover Dam. Guillaume called ahead of time and asked if RVs were allowed to park at the dam, and they said yes. So, it shouldn’t be a problem… or so we thought. 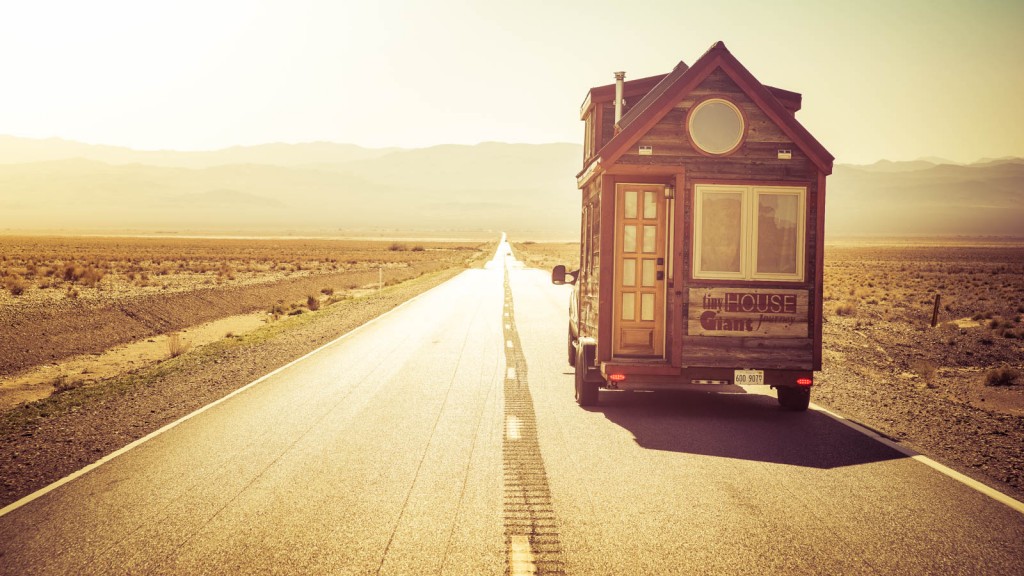 “You can’t take this to the dam,” barked the Hoover Dam attendant.

“We thought you allowed RVs to park there?” Guillaume asked.

“It’s registered as a recreational trailer. You can look at the plates.” Guillaume responded. The attendant made a quick effort to glance at the plates, then he quickly returned.

“The boss says no.” He wasn’t budging.

No? We actually don’t hear that word very often.

We’ve driven through central park. We’ve driven through the Smoky Mountains. We’ve put the house on a ferry and crossed international borders. We’ve been accepted at every single campground we’ve entered. So why can’t we park at the Hoover Dam, but an RV can?

The tiny house can look like a Trojan horse to some.

Guillaume and I were bummed, but it’s not too surprising.  Instead we drove to an overlook of Lake Mead, grumbled a bit about our “mistreatment” and continued our trek to Las Vegas for the Tumbleweed Workshop.

Salies is sad she didn’t see the Hoover Dam

For a little peace and quiet, we parked in a neighborhood just outside of downtown, courtesy of future tiny housers: Jeff and Megan of Room to Spare Tiny House. Their friend, Martin, owns the house and graciously allowed us to park out front. Meanwhile, in the backyard, Jeff and Megan are building a tiny home of their own! Last year, they attended the Las Vegas Tumbleweed workshop and purchased plans and a trailer. With full time jobs, these two work on the house as much as they can during their time off. Although, due to their opposite work schedules, they sometimes have to work solo. Follow their build for updates.

Jeff and Megan also had some difficulty maneuvering their trailer into Martin’s backyard, and they fear it will be nearly impossible to maneuver their fully built tiny house out of the same gate. They may have to get creative. One option they are considering involves a crane! Tiny house aerial acrobatics!?! I hope someone is there to film the event when and if it happens.

While in Las Vegas, Guillaume and I were more interested in the scenery around the city than the infamous nightlife. Per Jeff’s suggestion, we headed to the Red Rock Canyon, only seventeen miles outside of the city.

It was absolutely stunning. The weather was perfect, which was a relief after the ice storm in Austin. I hiked. Salies played in the sun. Guillaume photographed. A perfect afternoon! I suggest it for anyone visiting Vegas, if you’re not too hungover.

The hike I took was Pine Creek Canyon trail, which was about fives miles roundtrip. I followed a shallow creek and climbed down into the canyon until I could no longer see a trail. The cone-shaped mountains blocked out the blazing sun, which was a relief. Salies had to go swimming in the creek to stay cool.

An otherworldly show in Las Vegas

Jeff and Megan were also sweet enough to gift us tickets to a Cirque du Soleil Mystere show! We arrived early and they took us on a backstage tour, which was so exciting! I tiptoed along the cat walk, fifty feet up in the air, as Jeff explained how the performers suited up for the opening act. I felt flustered, as we brushed past the elaborate masks and costumes.

My heart skipped when I watched the muscly acrobats take a few practice dismounts. It was so fantastical and bizarre, but not quite as bizarre as the show itself!

During the pre-show, Guillaume was already roaring with laughter at a clown-like character that would periodically dump popcorn on unsuspecting audience members. Two minutes into the opening act, our eyeballs were fatigued from observing the 360 degrees of spectacle. Drums. Acrobatics. Color. Lights. Smoke. Two brothers contorted and lifted each other while balancing on a rotating half-dome, showcasing inhuman strength and flexibility. A giant man dressed as a baby bounced a ball and giggled the word “mama,” waving at an audience member. It was as if every character was an alien!

Mystere is just so wonderfully outlandish, it reminded me of the off-broadway show we saw in New York. That was six months ago, but it feels like a million years ago. 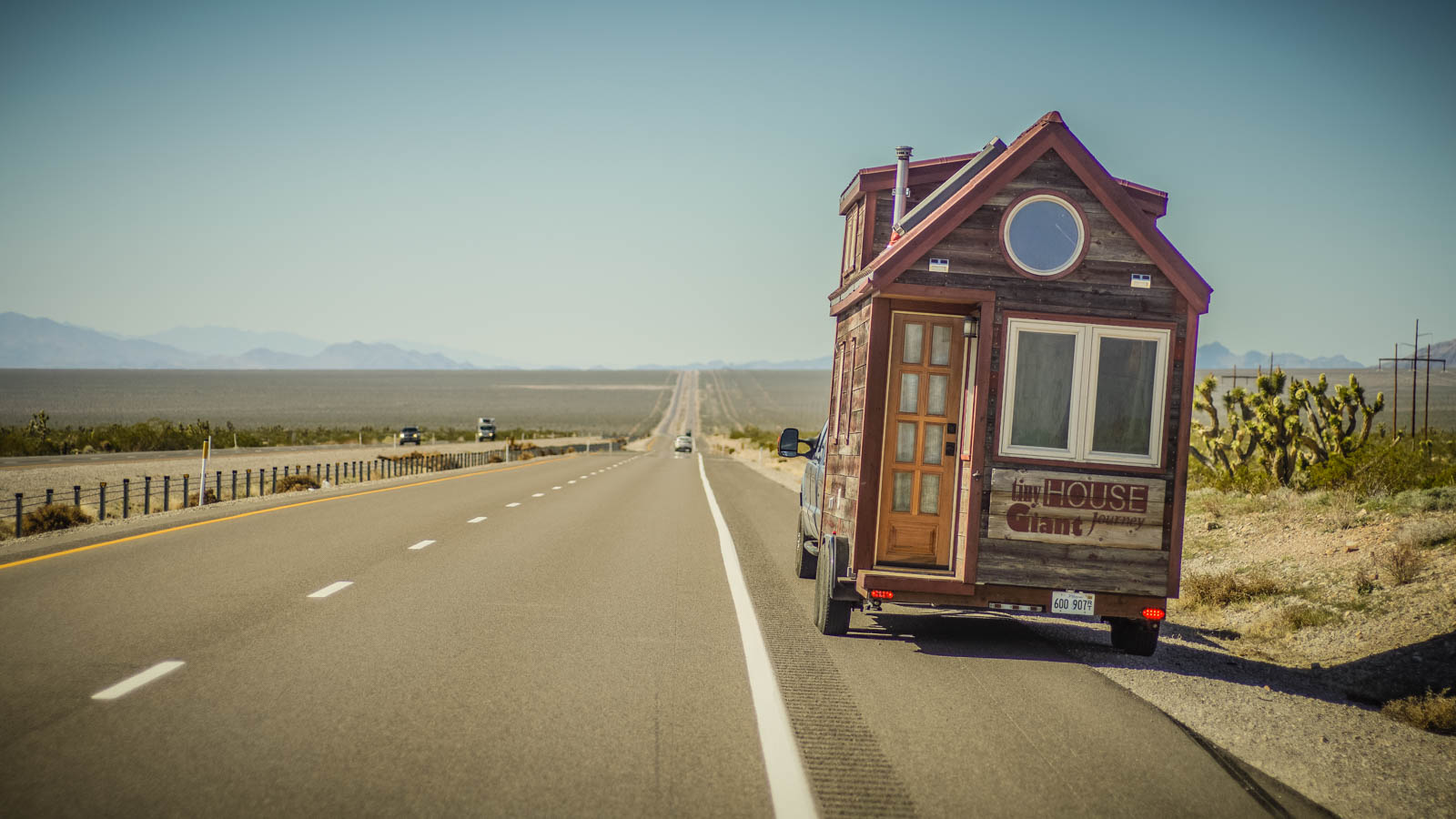