I spent three full days driving the 350 miles up the 101 freeway (the freeway that lines the entire Oregon coast), pulling over time and time again to gape at various panoramic views. The Oregon coast is a delight for any traveler.  There are dozens of State Parks, hundreds of rocky beaches, and thousands of espresso huts dominate the coastline. Below you’ll find my favorite stops along the trip.

6 Must Stops Along the Oregon Coast (traveling South-North) 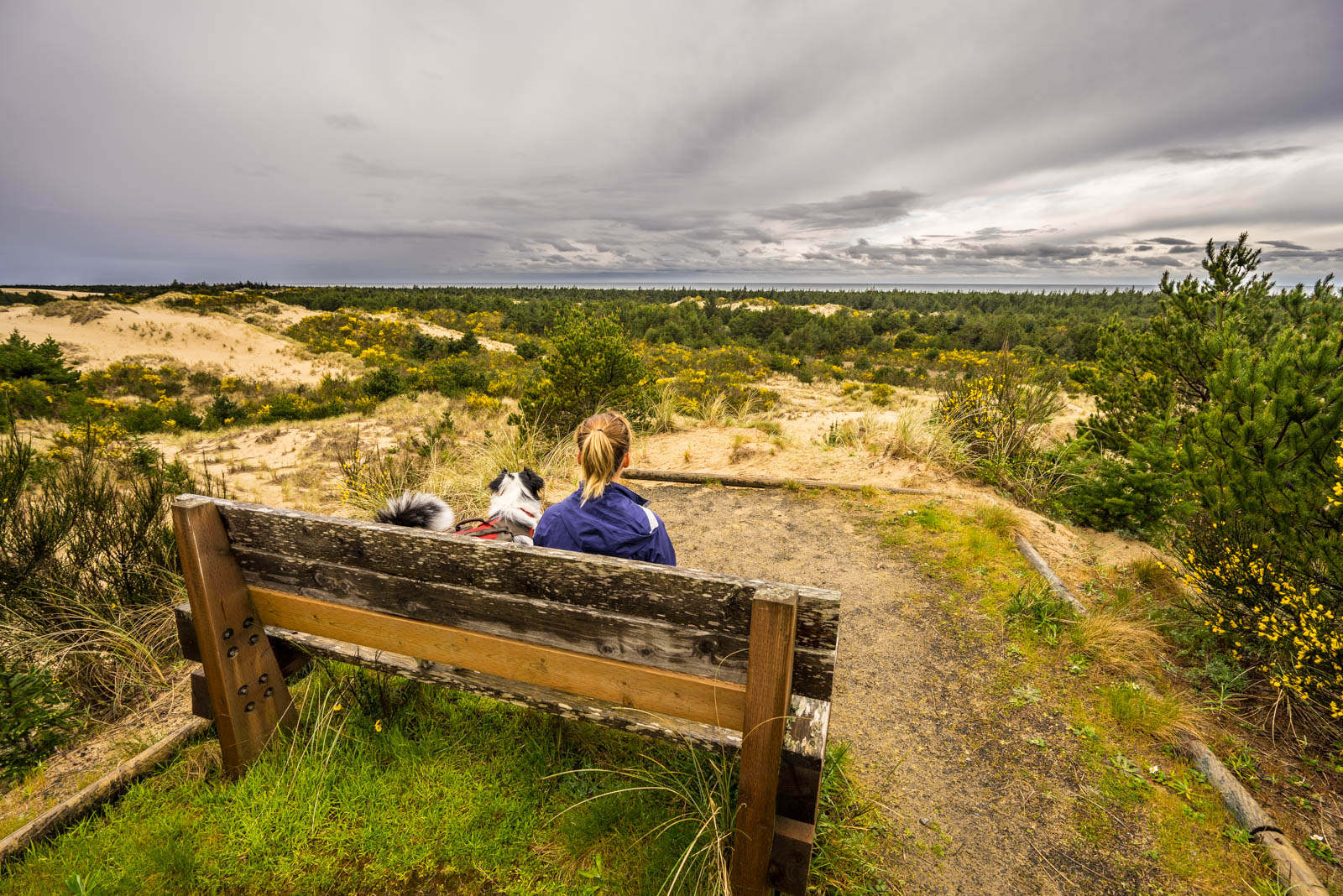 The Oregon Dunes have their own appeal. Budded between a forest and an ocean, these sandy hills offer diversity and seclusion. After a short walk through tall trees along Taylor Dune Trail, I was met by an ocean of dunes sprinkled with yellow flowers and thickets of brush. A few deer could be seen grazing amongst the flowers. You could spend an hour or even an entire day getting lost in this oasis. 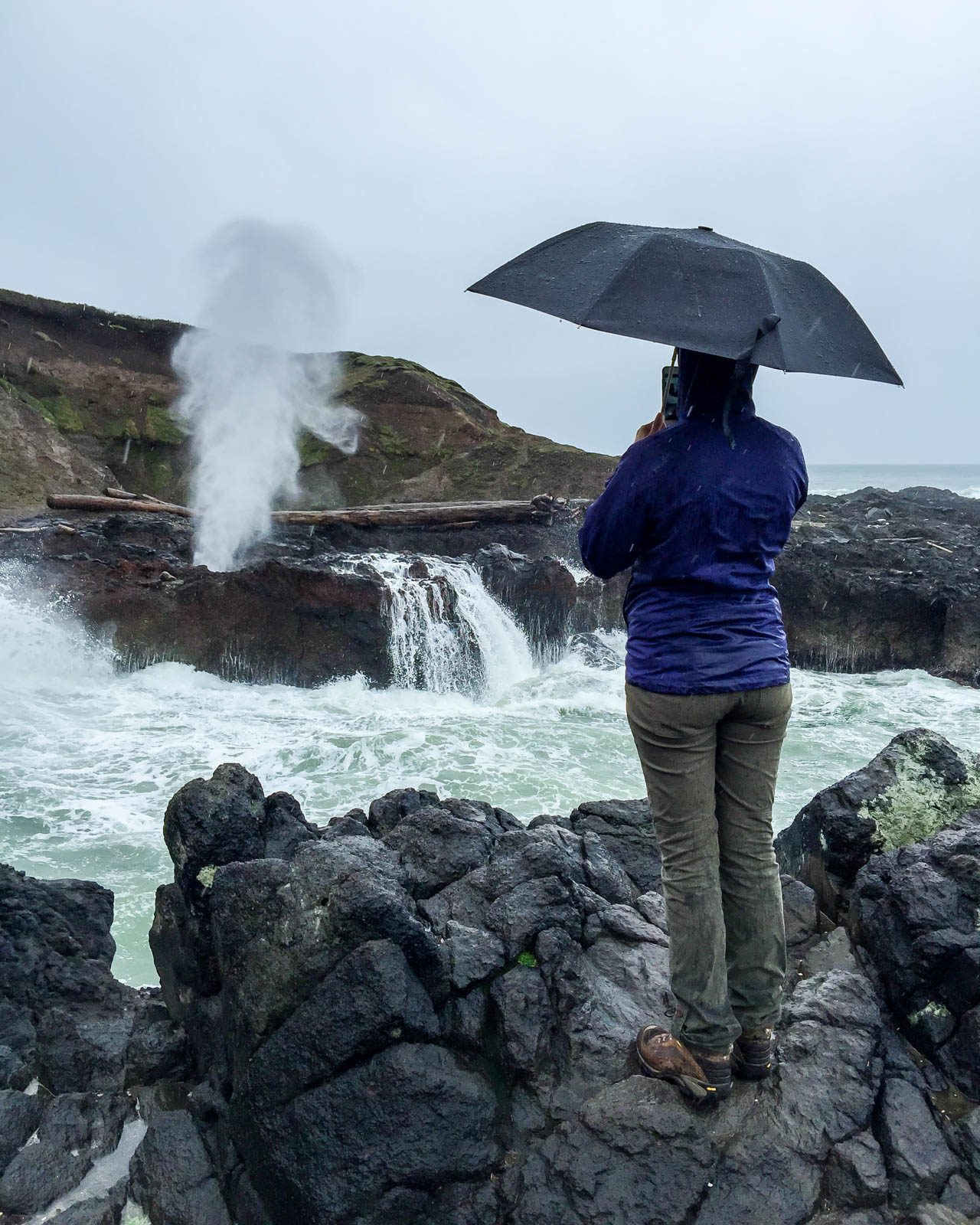 After passing a few quintessential lighthouses, I pulled over at Cape Perpetua around 2 pm, which was the perfect time to see the spouting horn (high tide). The horn sneezed violently into the air, projecting a salty spray that, moments later, showered my upturned face. I imagined the oceanic geyser was Poseidon (the god of the sea) spitting on all the tourists.

After I was good and wet, I continued down the trail to Devil’s Churn, which resembles the inner battle of an upset stomach. So that’s why Poseidon keeps spitting on everyone…his tummy hurts! 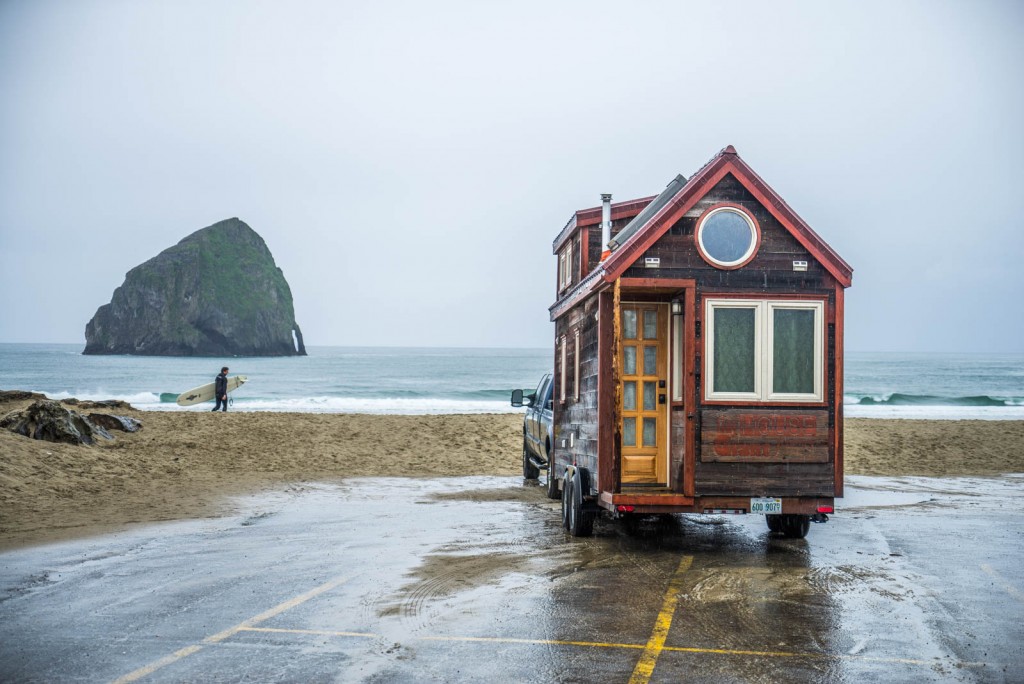 This beach offers hiking, whale watching and beer tasting at the Pelican brewery. Just off-shore there is a gigantic rock sticking out of the water like an island, called “Haystack Rock.” Unfortunately, it was raining when I arrived at Kiwanda, a black cloud looming overhead, therefore too treacherous to hike up the slick sandstone cliff. Instead, I watched a whale breach again and again near Haystack Rock. She seemed to be putting on a show, and I felt the need to clap or cheer! Kiwanda’s beautiful scenery was only magnified by the furious ocean storm and the elated whale. I could have sat there, gazing out to sea, for hours. 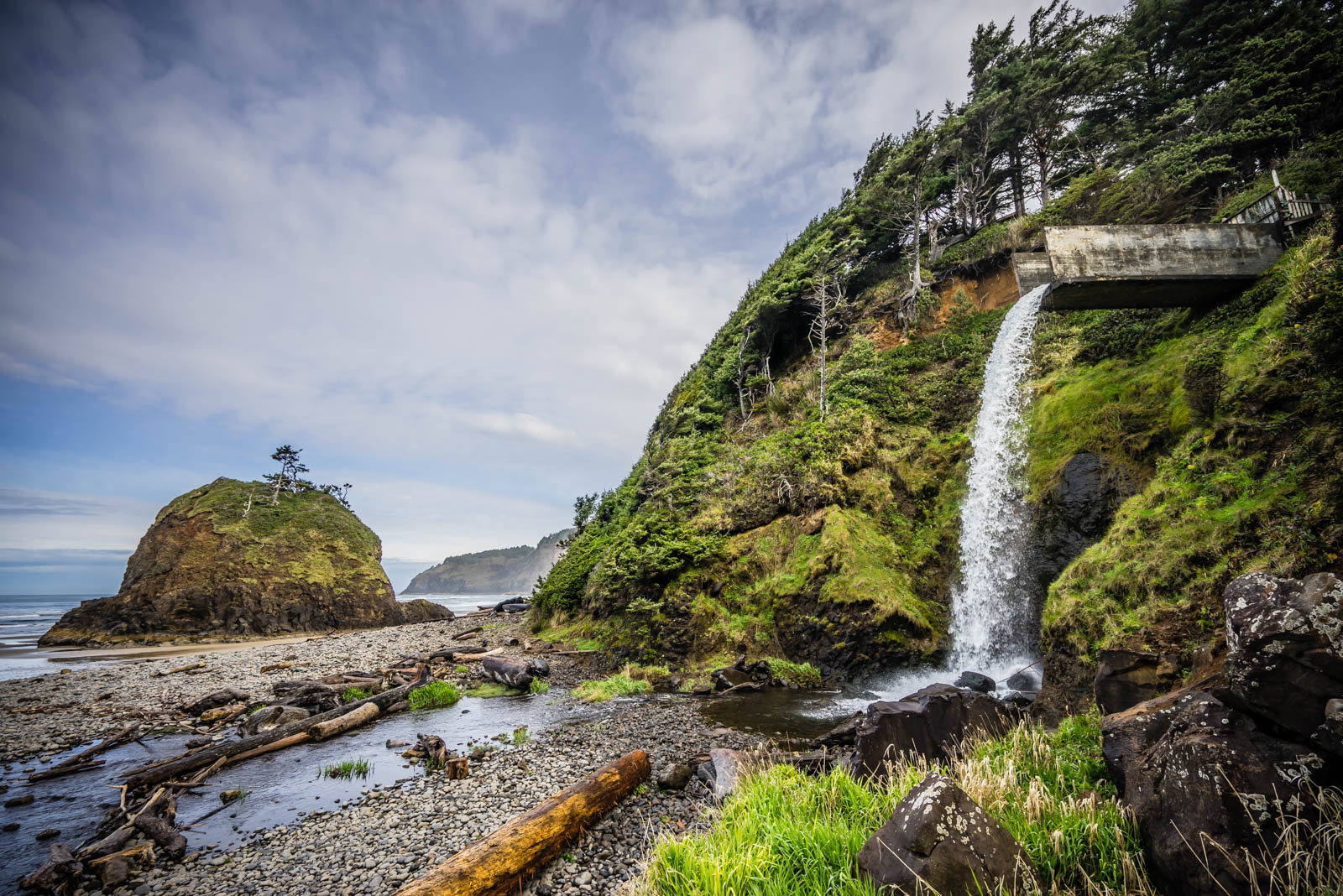 It was the morning of my 29th birthday, and the sun was finally out. I heard about a hidden beach nearby, so I went early to check it out. With three waterfalls (one man-made and two natural), huge boulders and tide pools, “Short Beach” was literally alive! 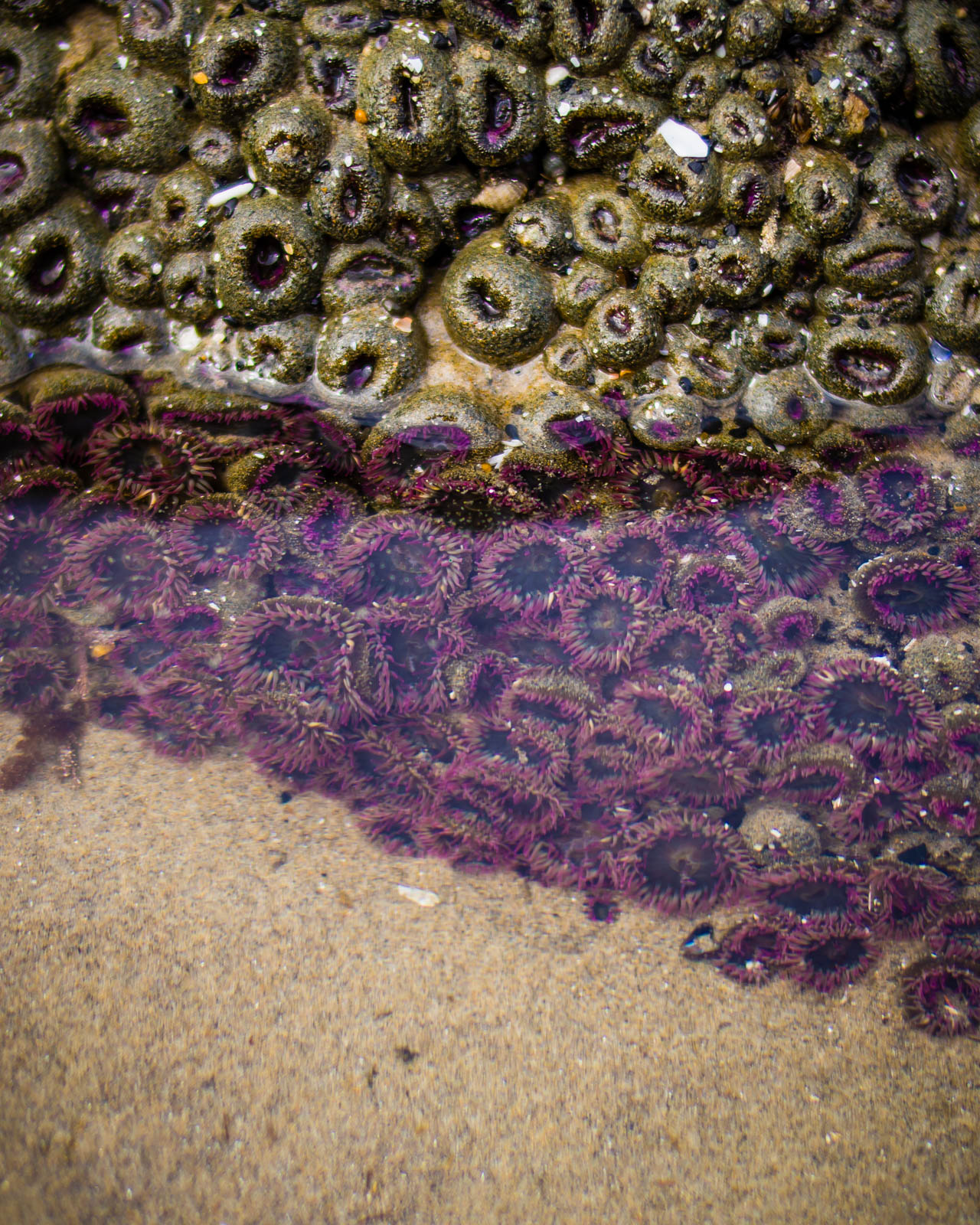 I saw all sorts of tiny marine creatures, clinging to rocks and hiding in crevices. As the tide washed over their spongey bodies, they opened up and drank in the nutrients. It was really informational. I learned something! I think all elementary students (and 29-year-old women) should take a trip to the beach. 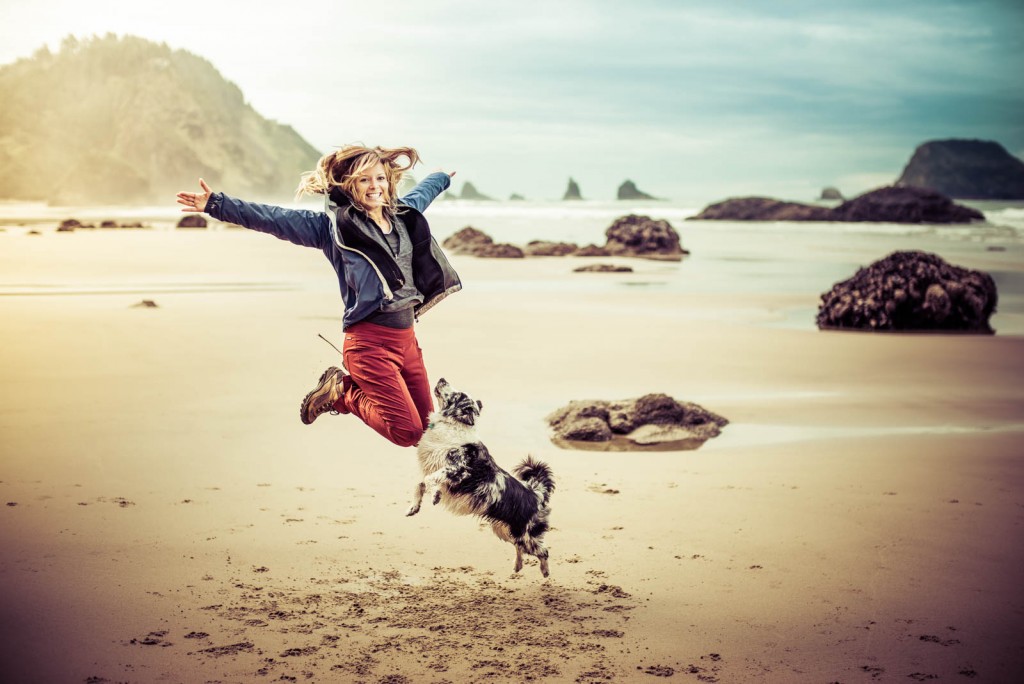 Tillamook Cheese Factory is a tourist stop, but I’m a sucker for free cheese. They also offer a free self-guided factory tour which took about ten minutes. Afterward, I waited in line for some average tasting cheese and some surprisingly delicious Tillamook ice cream. 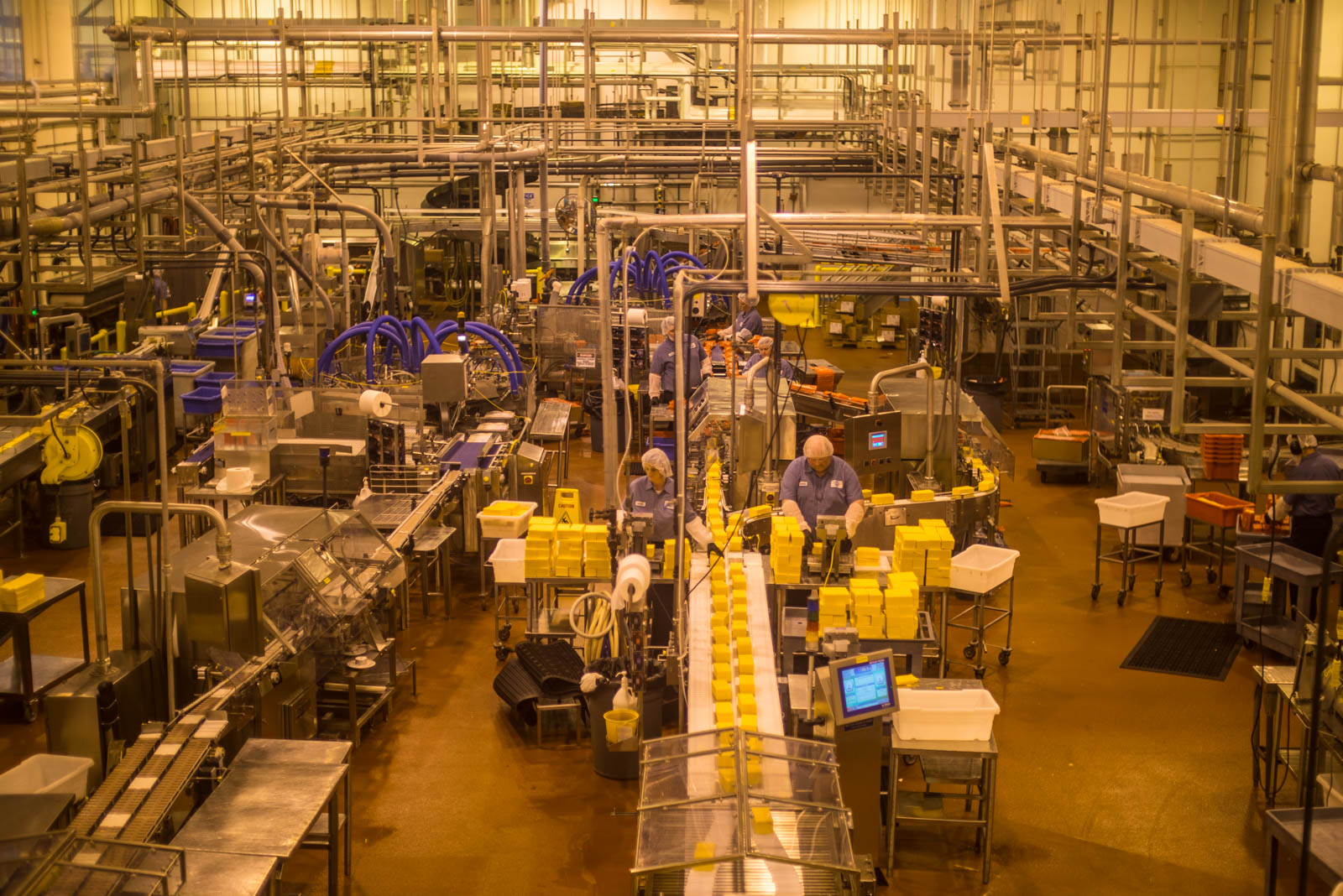 Just down the road, the Blue Heron French Cheese Company offers wine tasting and free samples of: cheese, barbecue sauce, dips, homemade horseradish and more yummy items! I ate a lunch of free samples and then washed it down with a wine tasting. Personally, I preferred the experience at Blue Heron over Tillamook, but mostly because Blue Heron was “french” and Tillamook was too crowded. 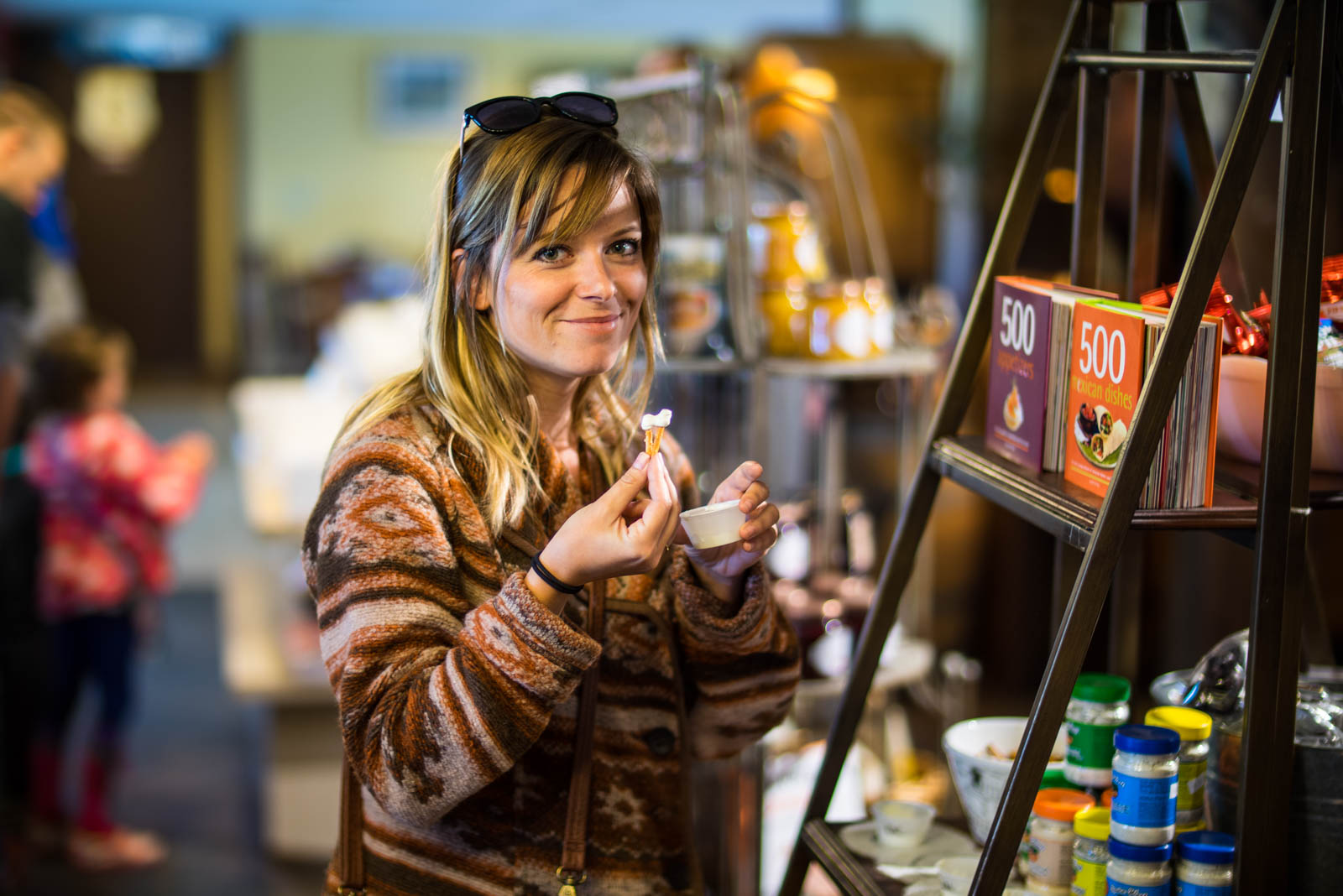 I’m sure there are a lot of things to see and do and Astoria, but it was my birthday and I wanted to go beer tasting! Fort George came recommended by a friend, so we headed over there and enjoyed a flight of beer samples. 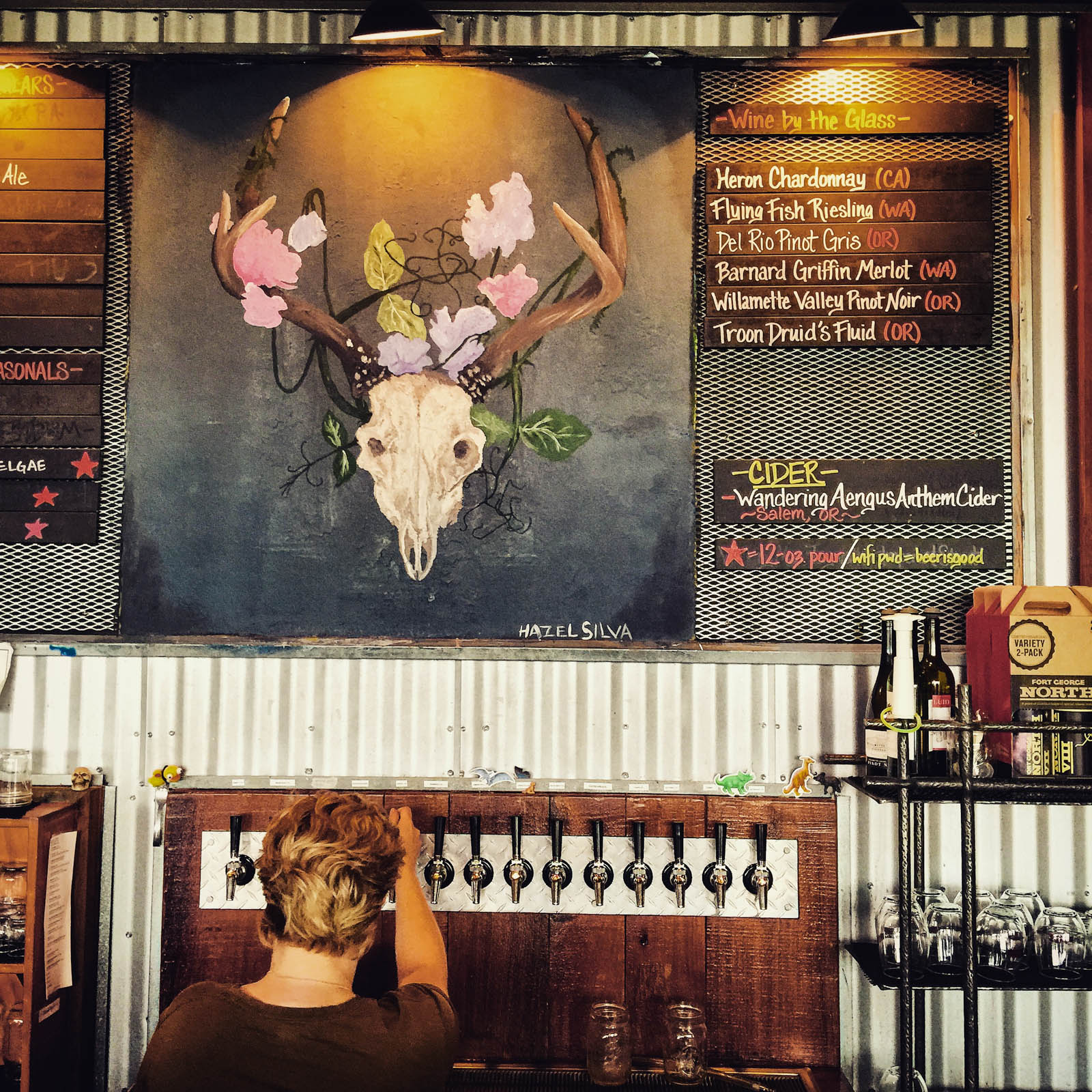 Did I miss any must-stops along the Oregon Coast?