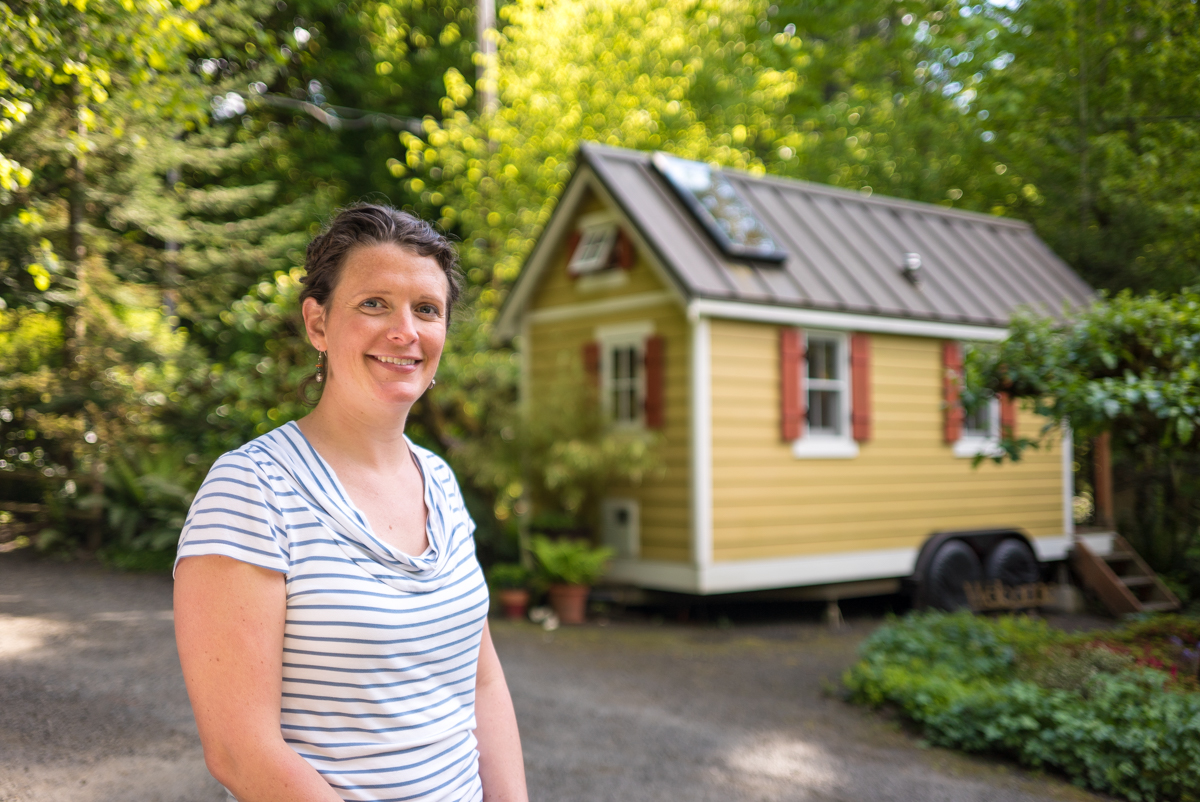 If you’re a tiny house lover, then you have probably seen pictures of Brittany’s Bayside Bungalow during one of your internet searches (I know we did). In fact, we took some inspiration from Brittany’s style and her house is one of the major reasons we painted our walls. Watch the full tour of the Bayside Bungalow:

It’s hard to imagine a petite woman like Brittany building a tiny house all on her own, but the more I meet the women in this movement, the more I believe women can accomplish anything. I like to say Guillaume built 60% of the tiny house and I built 40%, but the truth is, for a good portion of the build, I was the assistant and he was the surgeon.

“Can you bring me the hammer?” Guillaume would call down from a precarious position on our half assembled roof. I would climb up the ladder and hand him whatever tool he needed, and then return below to make his lunch or clean up whatever mess he was creating. I would run to the nearest hardware store with a list of items he needed. I would do internet research on tiny house design and update our blog. And, during all of this, I was working full time.

That being said, I learned a lot from the build. By the end of the year, I was using a table saw with ease (when we began I wouldn’t go near it). Six months into the build I finally quit my job. By the time we started on the interior, I was pulling my weight. I insulated the walls. I put up paneling. I did the trim work. I finished the counters and built the cabinets. And, of course, I decorated.

When I stepped inside the Bayside Bungalow, I marveled at the immaculate craftsmanship. I was already impressed that she was able to build a tiny house on her own, but this tiny house was pristine! After further conversation, I realized Brittany completed her beautiful home without the resources we had during our build, that she had to repurpose an old trailer because there were no tiny house trailer manufacturing companies, and, finally, that she did it in HALF of the time it took us!

There’s no doubt, Brittany’s construction of the Bayside Bungalow was an act of pilgrimage for the tiny house movement. 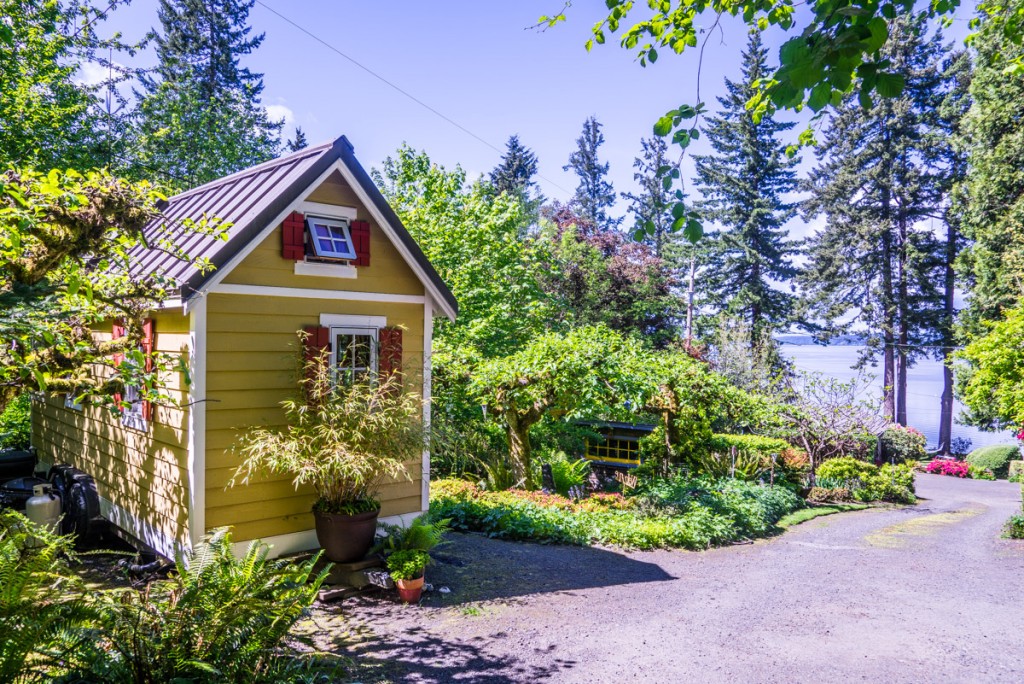 After completing her tiny home, Brittany lived in it for two years before moving in with her boyfriend. She now rents it out as a vacation rental. If you’re considering going tiny, I suggest trying the Bayside Bungalow out for a weekend. Can you handle it?