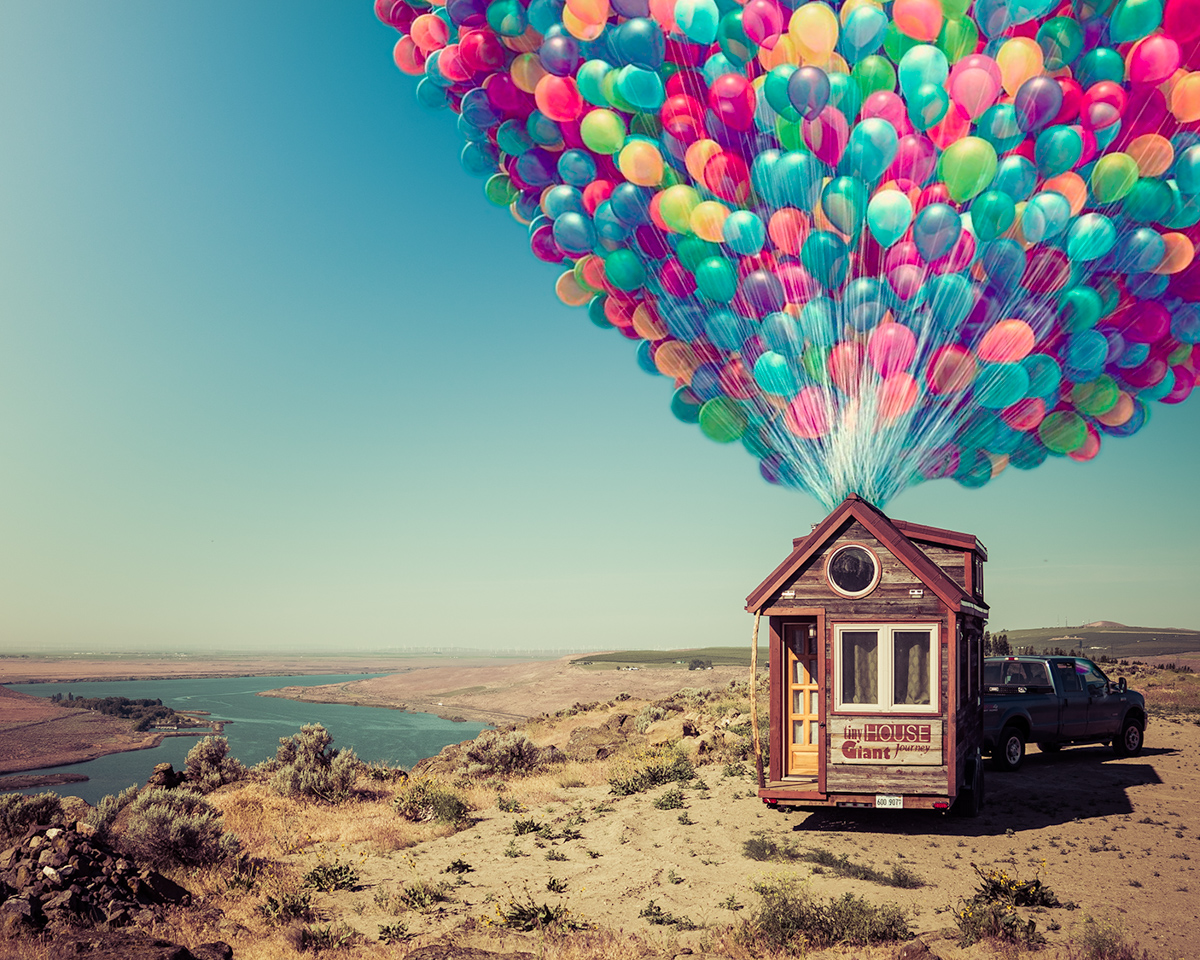 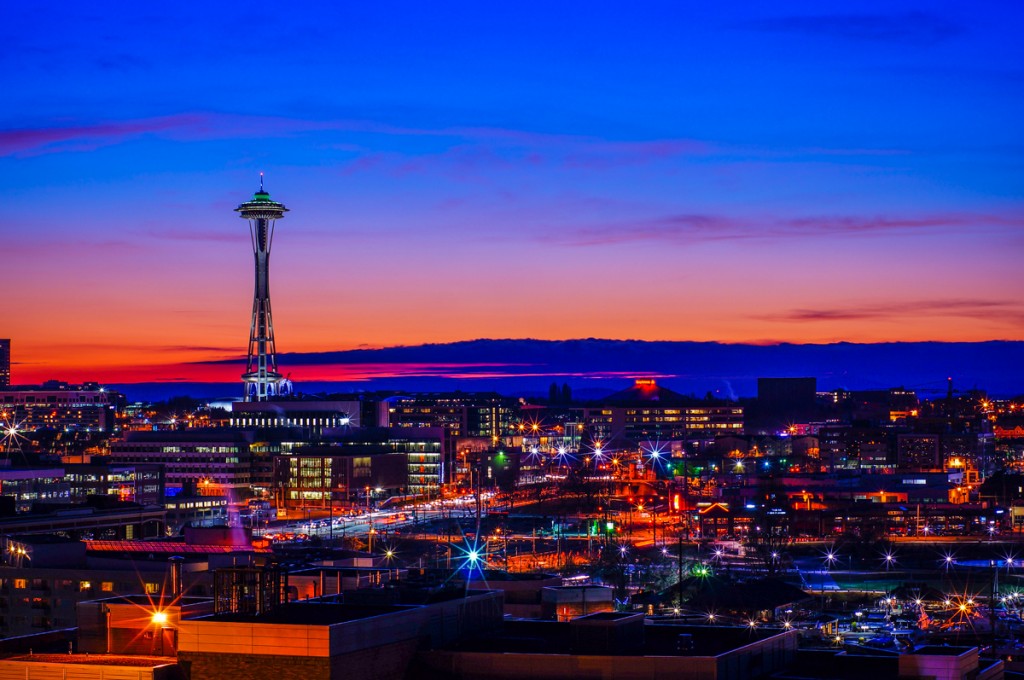 Seattle is the farthest north the tiny house has ever been. She’s a sunshine child and has hardly ever encountered harsh weather – the most unpleasant being the ice storm we went through in Texas. Luckily, it’s summer in Washington and the weather is absolutely gorgeous. I would even go as far as saying “perfect.” We planned our trip well! 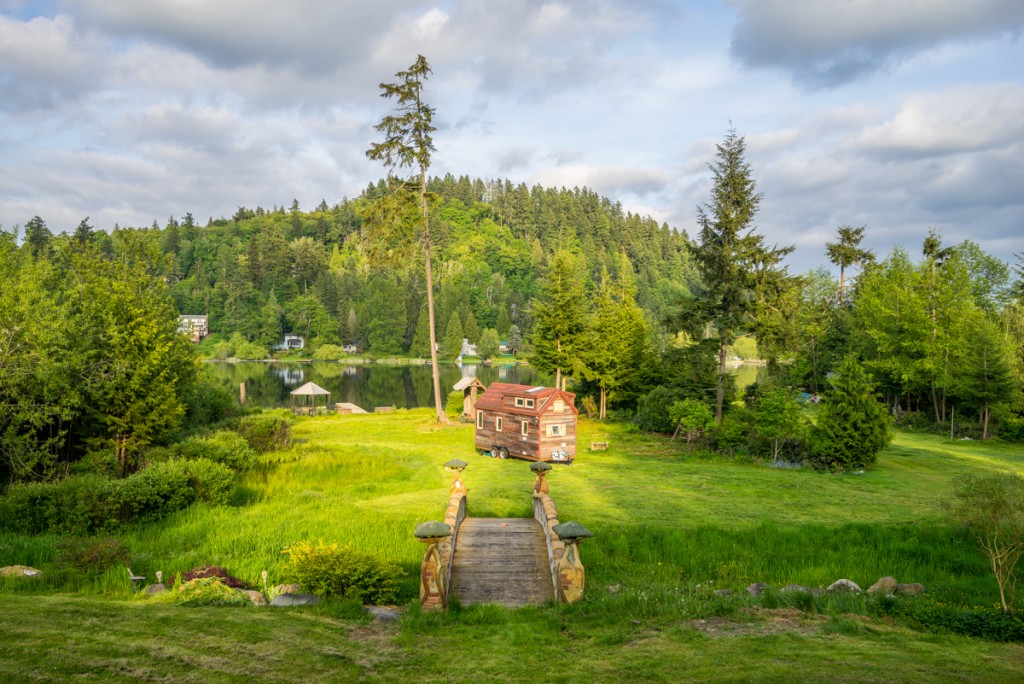 Once again, we lucked out on parking and were able to spend a few weeks in this picturesque spot behind our host’s house. The Whitmore’s are a family of carpenter’s and they specialize in whimsical staircases. We soon learned, they also have a talent for making homemade bread and pizza! 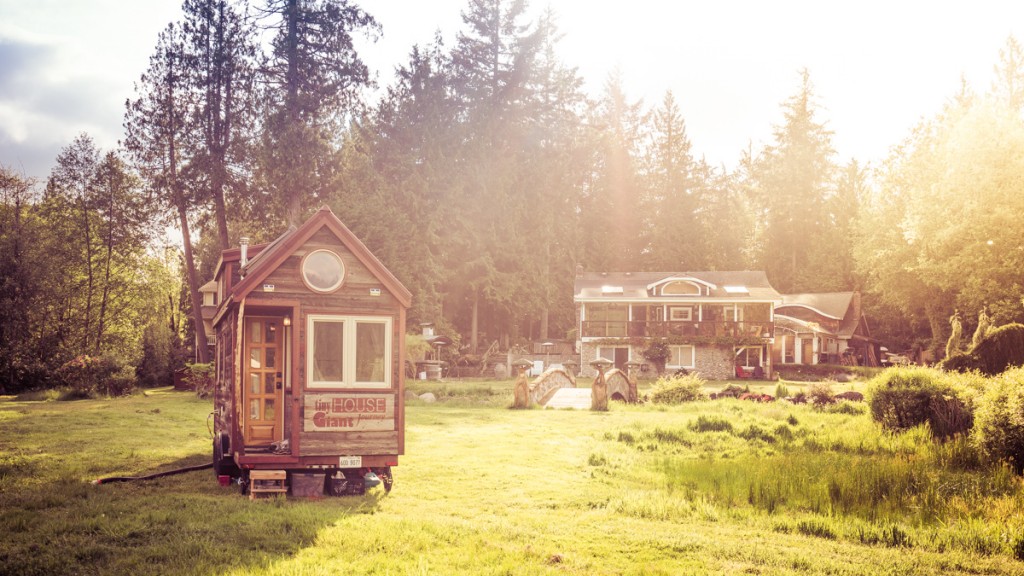 The Whitmore’s property sits next to a small lake, and Guillaume and I were able to entertain ourselves by hiking, swimming, kayaking and paddleboarding!

Mt. Rainier can be seen from a nearby hiking trail

Guillaume celebrated his birthday while we were in Seattle. We went in town for lunch at Tilikum Place Cafe, indoor skydiving and enjoyed dinner and brewskis at Berliner Pub. He’s very mature for a 31 year old, don’t you think?

Having never been to Seattle, my first tourist stop was the famous Pike’s Place Market. It was so entertaining just walking through the crowded outdoor alleyways. Cheers erupted from a fishmonger stand as a giant slimy cod was tossed into the arms of a nervous customer. Aromas of fruit and flowers filled the air. Street music echoed against the vendor’s booths. Free samples were offered from friendly merchants.

I climbed further and further down into the market’s underground levels, getting lost in a maze of boutique shops offering unique items.

Peonies and other fresh bouquets

Interested in obscure used book? Visit Lion Heart Bookstore. I immediately knew I was in love with this book store when the owner suggested I read Into the Wild, Under the Banner of Heaven and The Road. Hardly ever do I truly appreciate book recommendations, but David actually spent a few minutes asking me questions about my life and was able to read my literary taste like, well, a book! He also sang and smiled as he manned the cash register. You have to appreciate someone who loves their job.

After purchasing The Road at Lionheart (a book that I finished in one day and then donated), I walked around the Space Needle opting not to spend the mullah to go up. A few days later Guillaume and I got to see a bird’s-eye view of the city from Kerry Park with fellow tiny housers: Chris and Malissa Tack. Check back soon for a full tour of their tiny house.

FREE (or cheap) activities in Seattle: 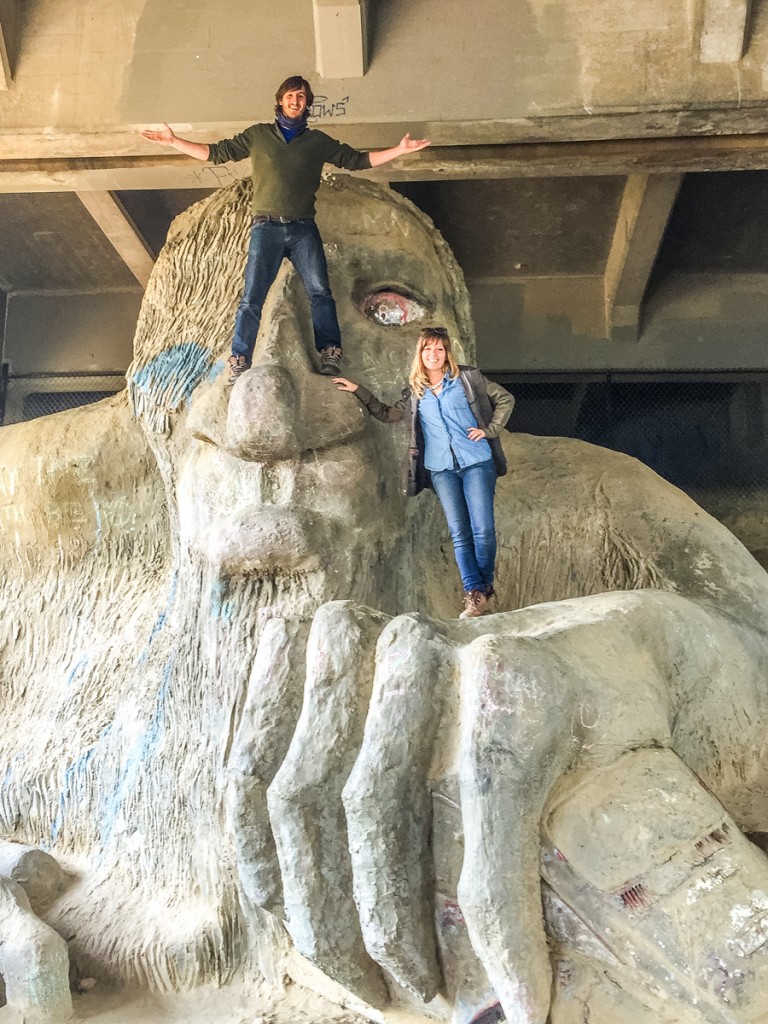 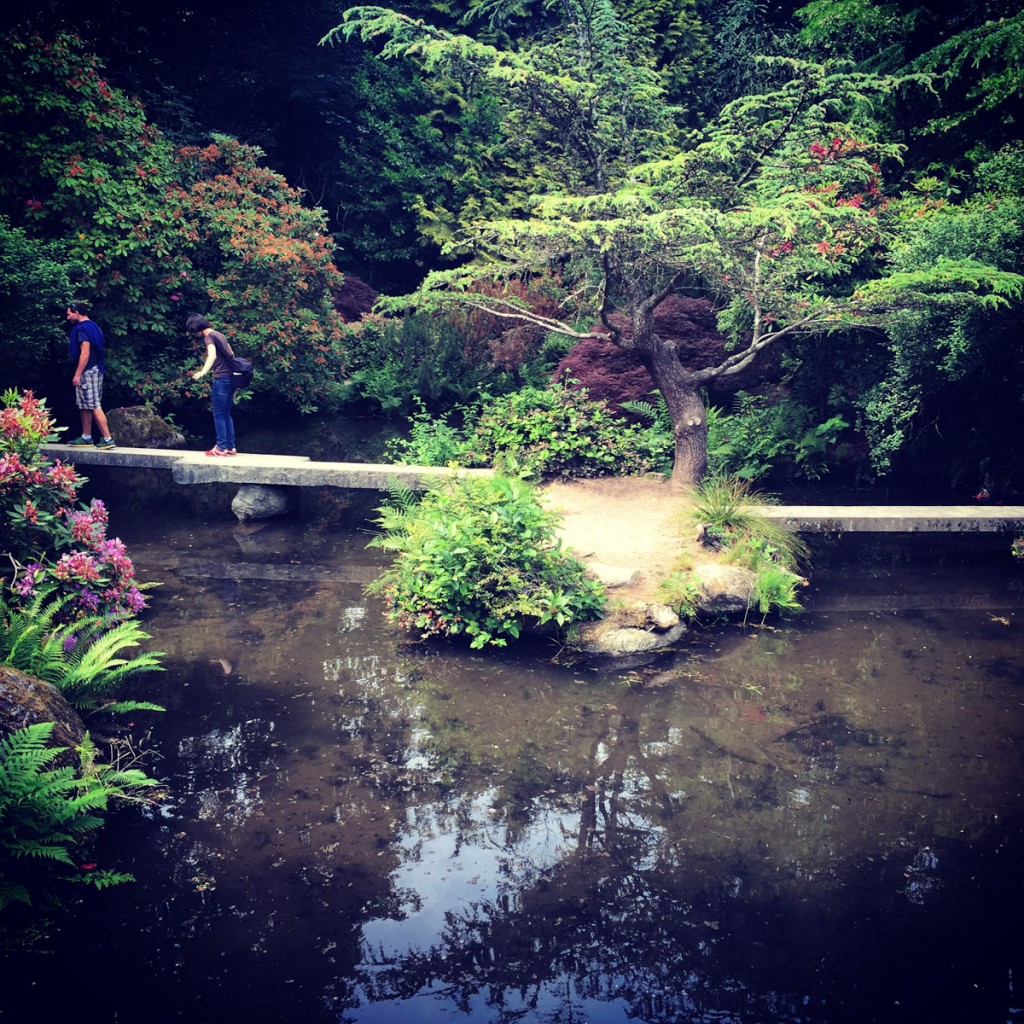 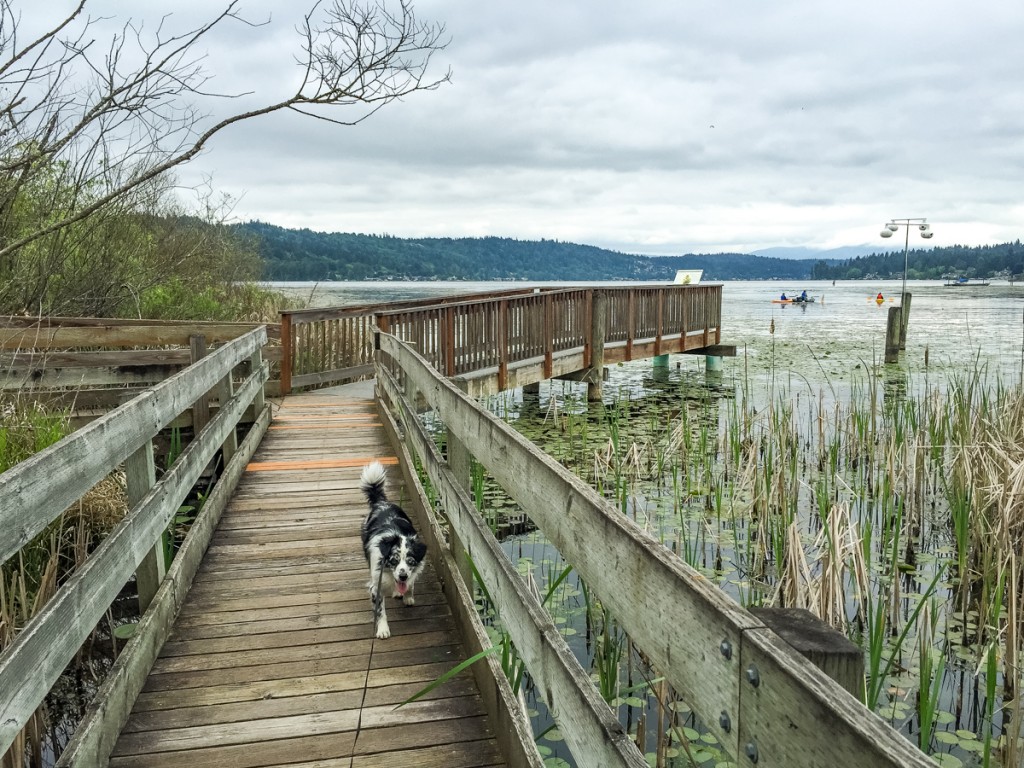 We noticed two men sitting with typewriters offering to “write an original poem” for tips. I paid $5 for a poem about “my tiny house,” came back 30 minutes later and received this delightful poem. I think I’ll have it framed. 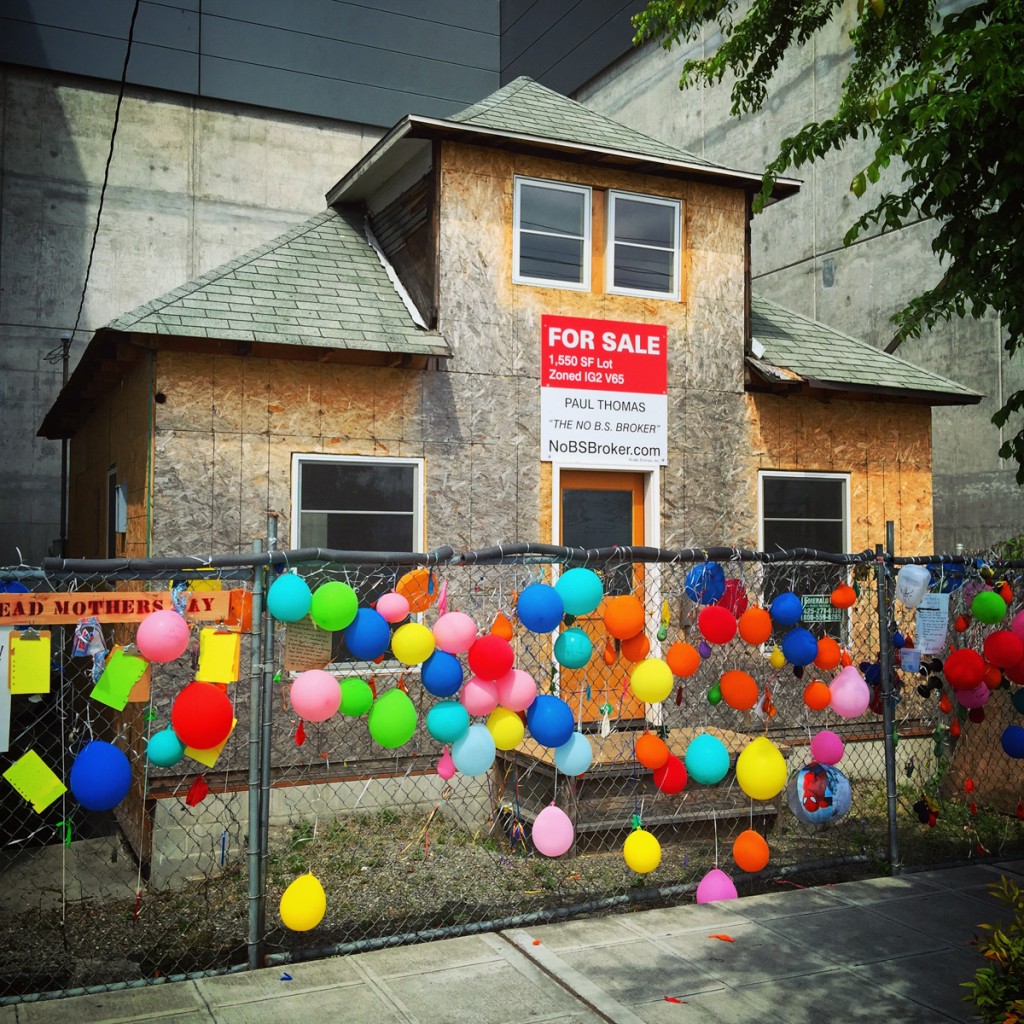 I wish we could attach enough balloons to the Seattle “UP” house so it could fly away on an adventure, like in the film. 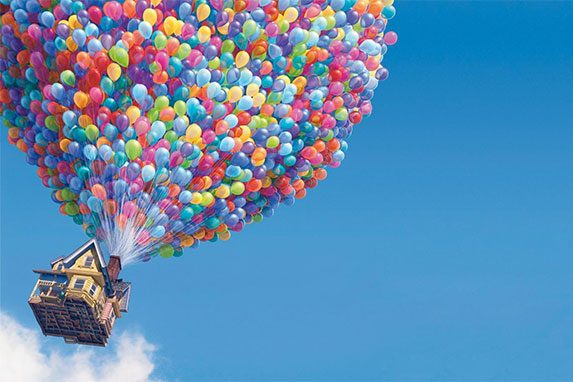 But houses can’t go on adventures in the real world…. 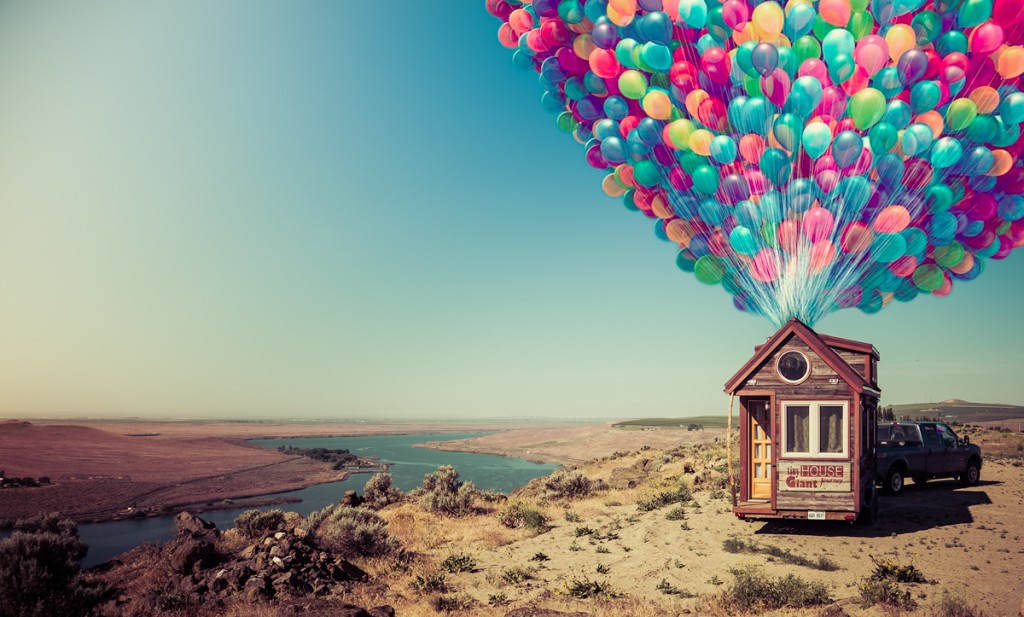 NEXT ON OUR ROUTE: We cross the border, AGAIN!