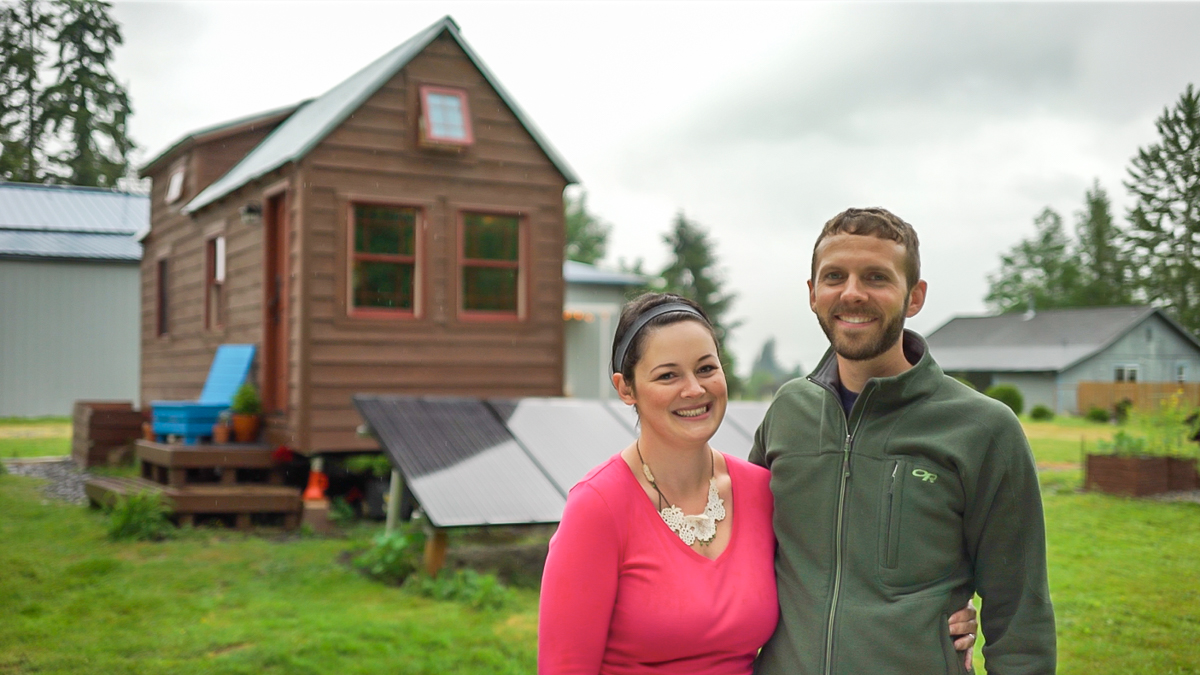 While in Seattle, we had the chance to park next to Chris and Malissa Tack’s tiny house. Like Brittany Yunker’s Bayside Bungalow, the Tiny Tack House is famous for its innovative interior design. Malissa works as a 3D artist and modeled the house to compliment both her and Chris’s personalities.

“I always say our relationship has grown since moving into our tiny house,” explained Malissa. “One of the things about living in a smaller space is that the communication becomes that much stronger. So instead of running away from our problems, we’re forced to actually face them and solve whatever issues.”

Chris and Malissa also thought about their cat when designing the Tiny Tack House. “Seth Cat” has his own private bathroom and is able to access the loft by climbing the ladder. You have to see it to believe it, and luckily, we captured it on camera!

Chris and Malissa are happily married tiny housers, but they may not always want to live this small. Ultimately, they’d love to own a 300-400 square foot house, which is still tiny by the American home standard (recent studies show the average new home is 2600 square feet)!

The Tiny Tack House operates off-grid during the sunnier months of the year with the help of an impressive solar system. In the video below, Chris explains their solar setup, which is able to power all of their electrical needs, including: a refrigerator/freezer, water heater, computers, LED lighting and a few other small appliances.

Recently Guillaume and I purchased a portable solar system from Goal Zero. Check back soon for a detailed post on our system and more Tiny House tours! 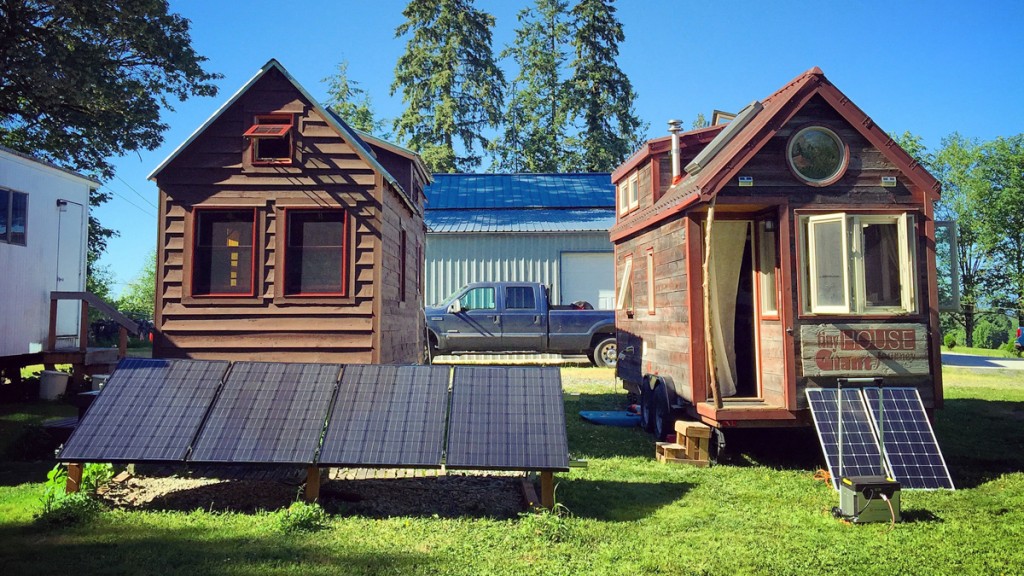 For more information on the Tiny Tack House, including their recent move to begin a Tiny House Community in Seattle, check Chris and Malissa’s website and blog.