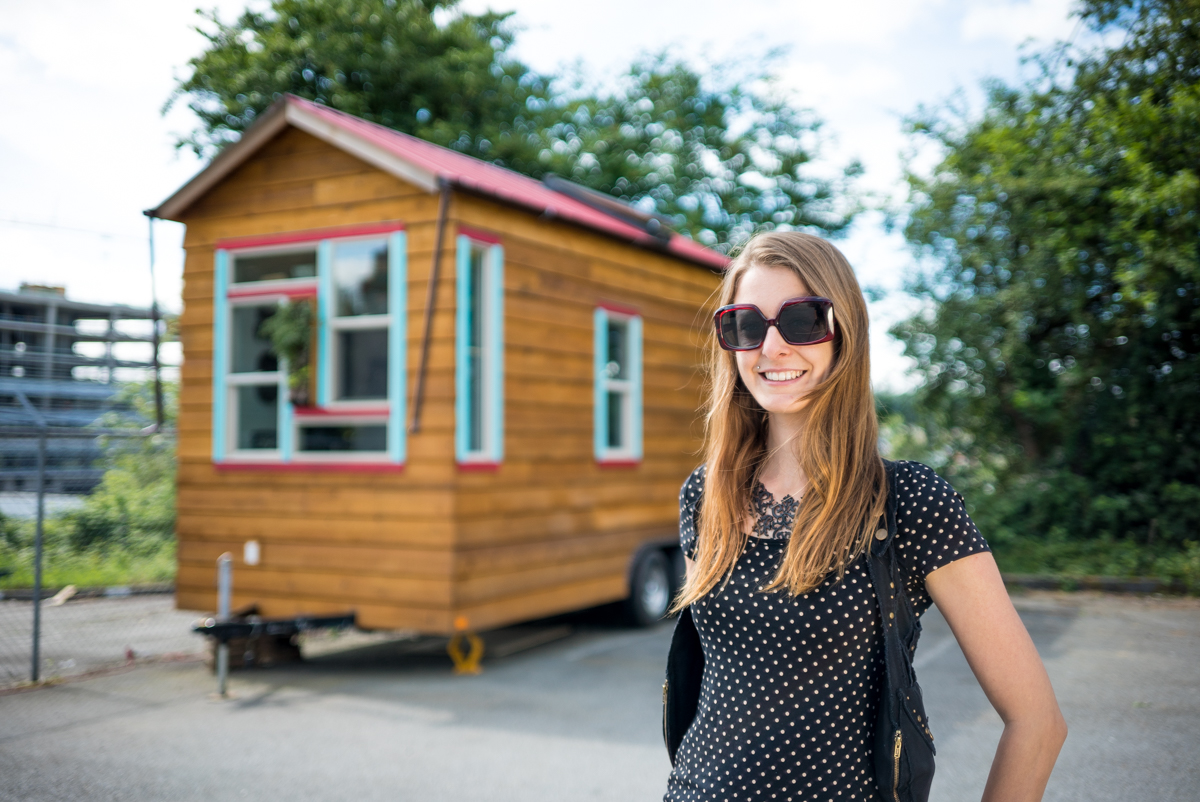 I’ve toured a lot of Tiny Homes on our travels but none of them are quite like Zee Kesler’s Tiny Community Center in Vancouver, British Columbia. Yes, I said Tiny Community Center not Tiny House. That’s because Zee is opening her Funky Tiny House to the public as the “world’s smallest mobile classroom.” This summer she will host a variety of art classes in her tiny space with several guest instructors.

I love the idea! So many people, including myself, have been inspired by the tiny house movement in one way or another. Why not convert a Tiny House into a miniature inspiration hub?

“I think when you make an inspiring place, people become inspired.”

The interior of Zee’s Tiny House is a collection of items that she’s gathered over the past two years. This modern day curiosity cabinet is a feast for the eyes; each item singularly interesting while simultaneously working as a piece of the overall puzzle. The end result is a tiny house interior that is unique, funky, fun and, most of all, inspiring! I would happily take an art class in Zee’s Community Center and, after visiting the space, my mind is spinning with new ideas that will spice up my own interior design.

If I had to pinpoint one iconic element in Zee’s Tiny House it would be the large front window (actually comprised of four reclaimed windows). The window not only looks fabulous on the exterior, but it also brings a lot of light into the space.

Zee was able to build her Tiny House Classroom on a limited budget through the use of recycled/donated materials, sponsorships and a multi-week workshop that raised $8k to partially funded the project. All of these factors helped the Tiny Community Center reach completion without breaking the bank! Zee shared her total cost as being approximately $27k CAD so far, with $10k of that going towards labor and $19k in materials. 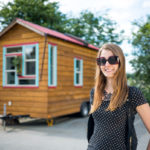 Learn more, get involved and/or take a class in Zee’s Tiny Community Center this summer at Trout Lake in Vancouver, British Columbia.