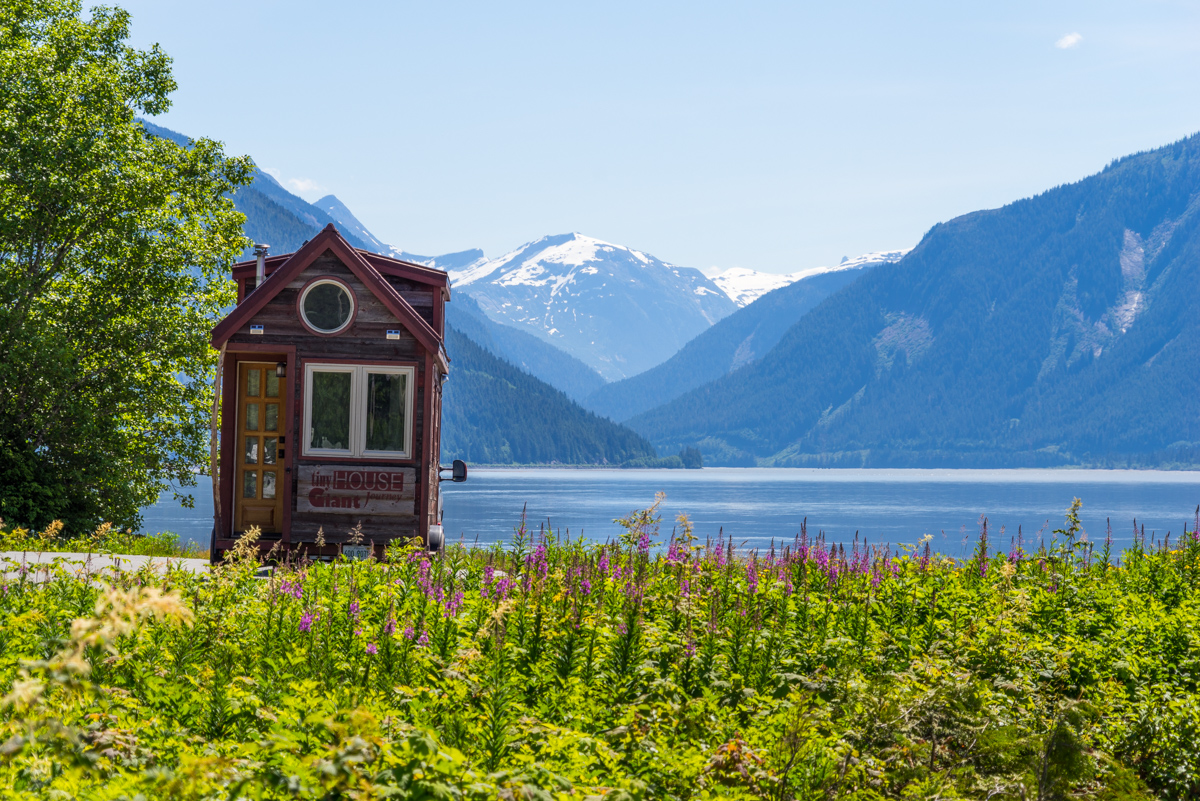 The Yellowhead Highway stretches 1,840 miles east to west from British Columbia to Manitoba. We met up with it in Prince George and traveled 446 miles west to Prince Rupert. The Yellowhead is paved and has easy accessibility to gas, camping, shopping, restaurants, etc.  The small towns lining the Yellowhead are charming and the local fishing is some of the best in British Columbia (or so we’re told). 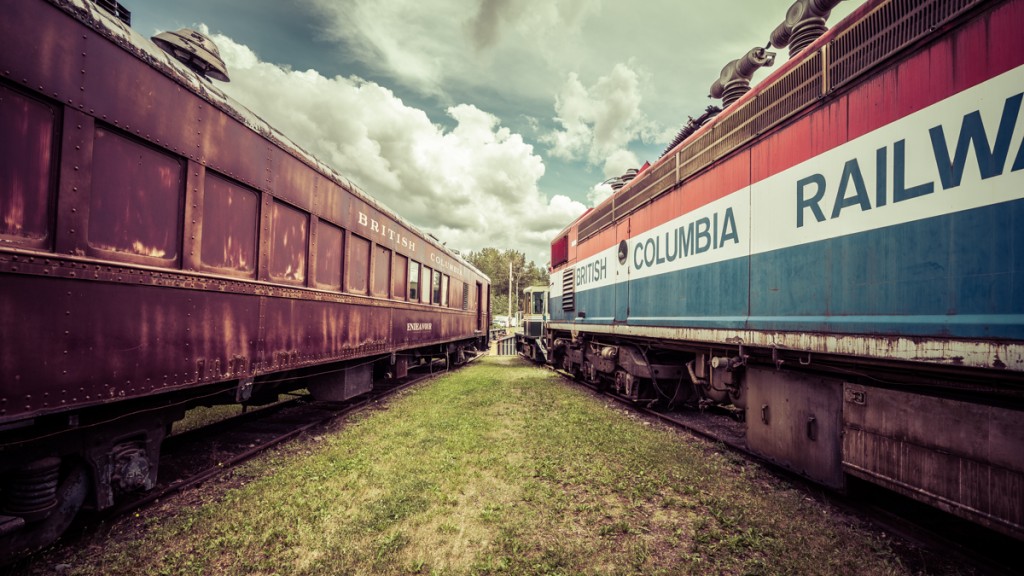 Get ready to nerd out over old machinery! This outdoor museum serves as a rusty graveyard for retired trains, plows, chainsaws, tractors and a few monstrous machines you never even knew existed. You can stumble around the old machines for hours, reading plaques and peeking inside the rusty old carriages. For the love of God… BRING MOSQUITO REPELLENT! Whether you believe in DEET or not (I personally stay away from the stuff), protect yourself from those vicious blood suckers.

While we’re on the subject, Guillaume and I found the insect population pretty unbearable in certain parts of British Columbia. So much so that I actually considered buying a hideous mosquito net body suit! No exactly fashionable… I might as well tattoo “weak tourist” on my forehead. Instead we endured the painful bites, spent $100 on natural repellants, wore ear plugs at night to drown out the neurotic buzzing and only opened the door when absolutely necessary. One night Guillaume and I went on a murderous rampage in our loft, killing hundreds of mosquitos in what is now remembered as the “Battle of Bloody Smears.” After we composed ourselves, the mosquito graveyard was cleaned up and I was able to sleep in peace. What a night! Reminded me of our time in the Everglades National Park. 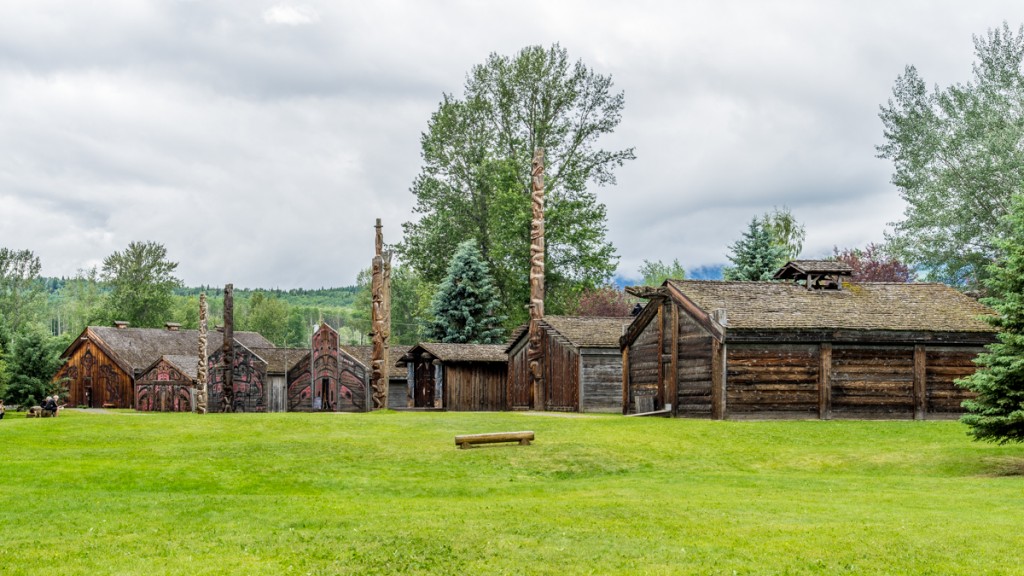 For a little Gitxsan culture and history, we stopped off at Ksan Historical Village near Old Hazelton to tour the native buildings and see the totem poles. Tip: Pay for the guided tour. The entrance fee will NOT get you inside any of the historic buildings, only tour participants are allowed inside.

An adorable town with colorful boutiques. We stopped at Oscar’s Adventure Store and Kelly helped Guillaume purchase a freshwater license and suggested a few fishing stops along the Yellowhead Highway. That evening, on the dirt road leading to her first recommended Recreational Site on Taltzen Lake, we spotted a strange house shaped like a shoe!

The Taltzen Lake Recreational Site was secluded and located next to a lily pad covered lake. A nice couple at a nearby site offered to let us borrow their canoe, so the three of us went for a paddle! 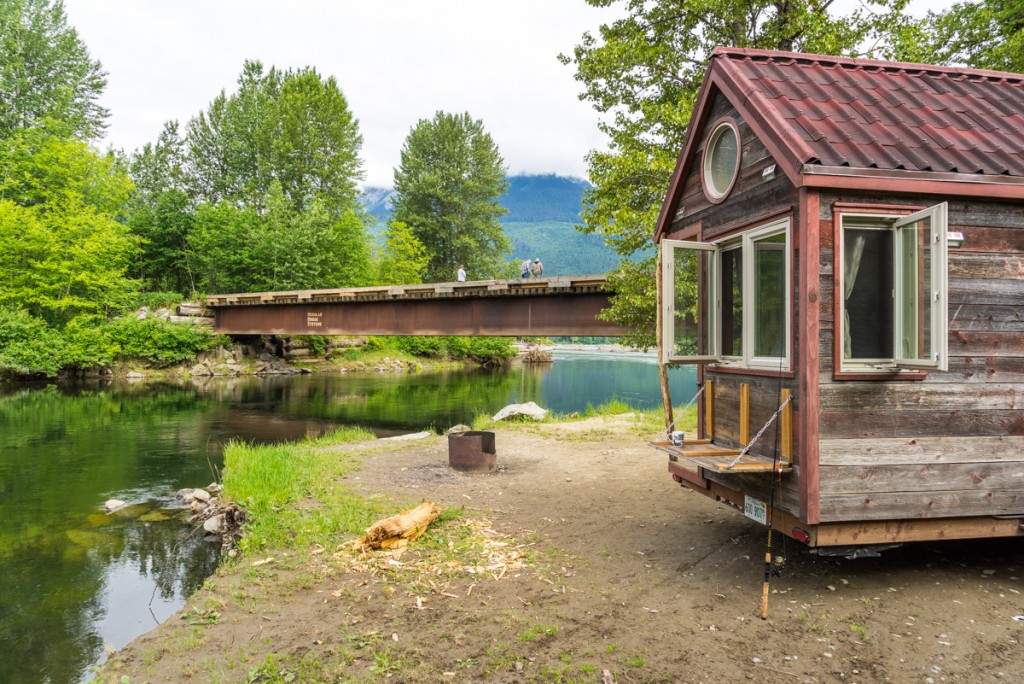 Terrace is “God’s Country for Fishing” as one local described, so we camped at a Recreational Site near a popular fishing creek and tried our luck. We saw beavers and bears and collected several hundred mosquitos, but no fish! Guess we were a little early in the season.

Black bear crossing the Creek Near our Campsite!

The Yellowhead Highay continues to Prince Rupert, and the drive is absolutely stunning! We danced our tiny house along the Skeena River while snow capped mountains towered proudly in the distance. Rest stops were readily available, so it was easy to pull over for a photo or picnic. 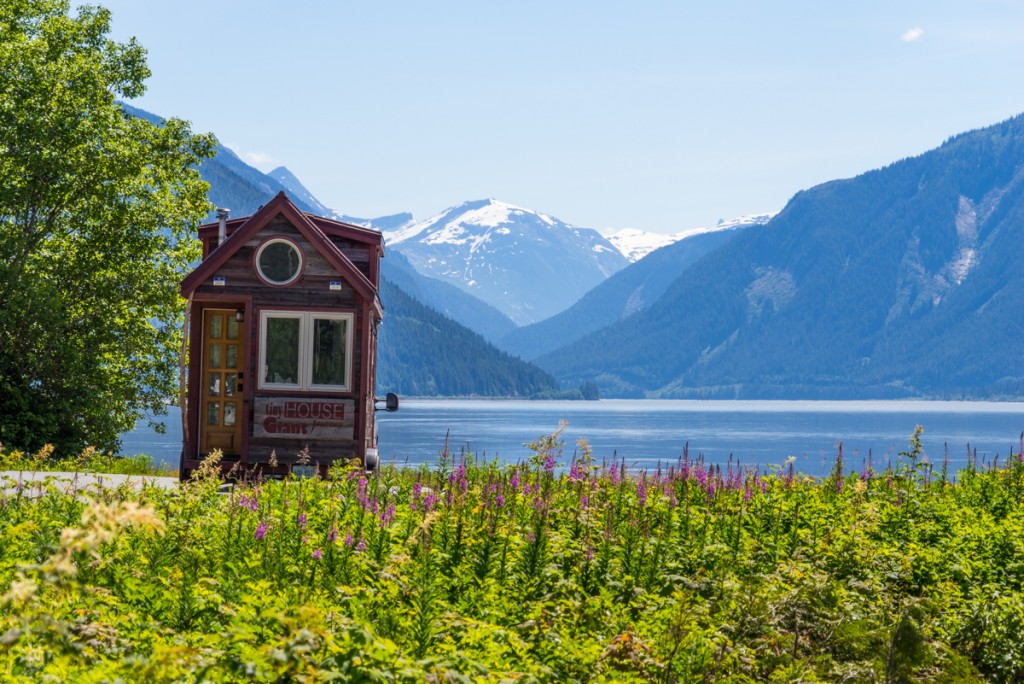 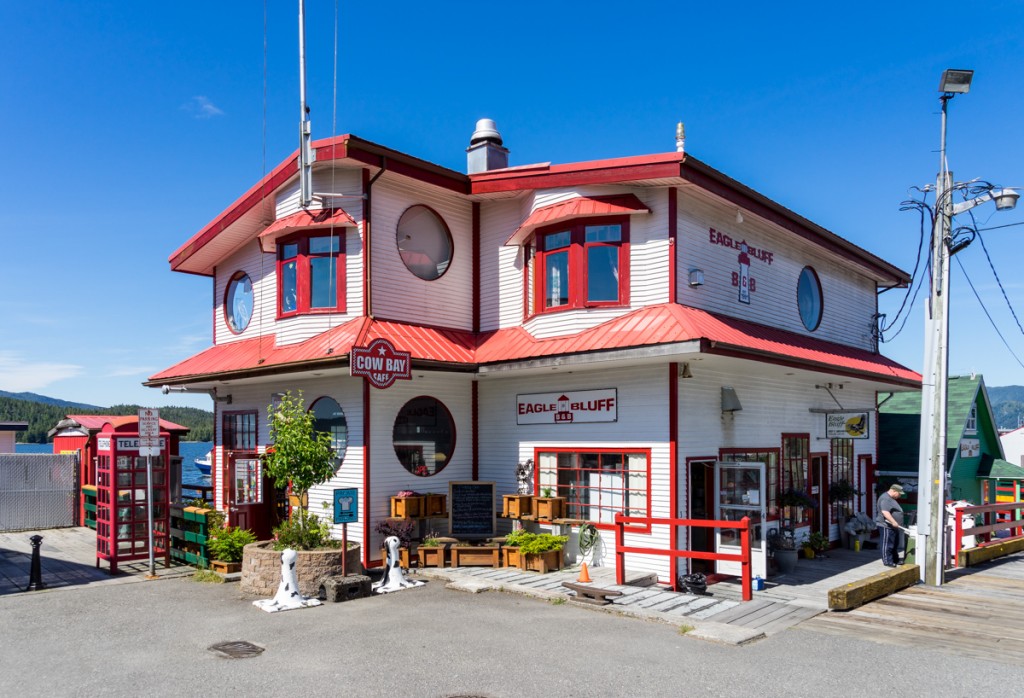 Prince Rupert is a tiny coastal city with a quirky downtown. Cow Bay, a wacky section of downtown, synchronizes their retail and restaurants around a simple theme. Can you guess what it is??  Yep, COWS! Several shops have embraced the motif, using cattle-puns for their shop names. For example, “Cowpuccinos” is the name of Cow Bay’s coffee shop.

Prince Rupert is not a cheap city, so Guillaume and I did what we do best – went on a free hike! I’m honestly not sure the name of the hike, but you can find it just by asking at the Visitor Center. After a short trek through the forest the trail met up with a gravel forest road and eventually intersected with a short trail, which lead to an overlook of the harbor. Another trail called the “Thousand Steps” also leads to this same lookout, but it was overgrown. The sun finally set over Prince Rupert at about 11pm, and we hiked back in the twilight.

Trail to the Overlook