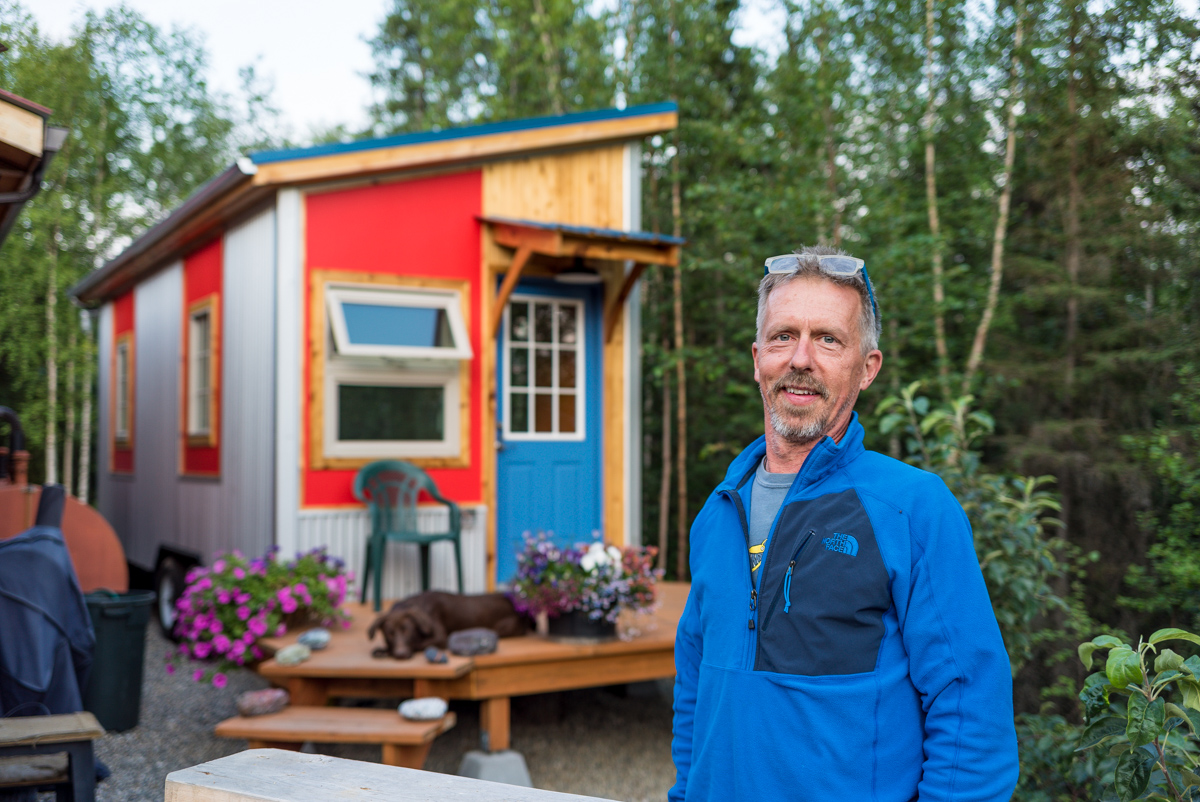 Mark Wipfli designed and built the Midnight Sun Tiny House on his property in Fairbanks, Alaska, after realizing he wanted to downsize from his log cabin. He now lives in his tiny abode and rents his log cabin on AirBNB. Also on the property: a vegetable garden, green house, pottery studio, hot tub, garage and chicken coop. Not a bad way to live!

We met Mark at the Portland Tiny House Conference earlier this year. He invited us to come check out his tiny home when we’re in the area. Well, we’re in Alaska! And guess what?!? We filmed the tiny house tour to share with all of you:

Mark insulated his tiny home to withstand the harsh 150 degree temperature differential between Fairbank’s summer and winter seasons. Last winter he was able to heat his minuscule home with only a standard electric space heater. In the summer, he relies on his shady parking spot and cross breeze to keep the space cool. So far, he has no complaints! 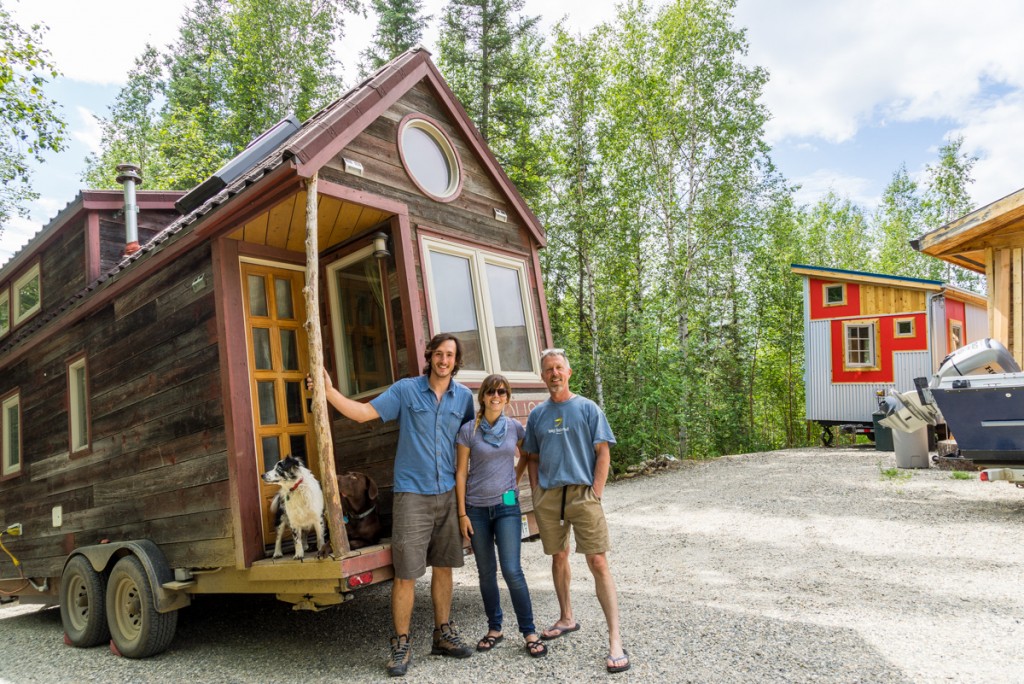 Could the Midnight Sun Tiny House be the most northern tiny house?

We think it’s possible! We towed our tiny house to the Arctic Circle and took the title for one single day, but Mark lives in his northern tiny abode year round. We’re giving him the official title until it’s contested. Go ahead… prove us wrong. 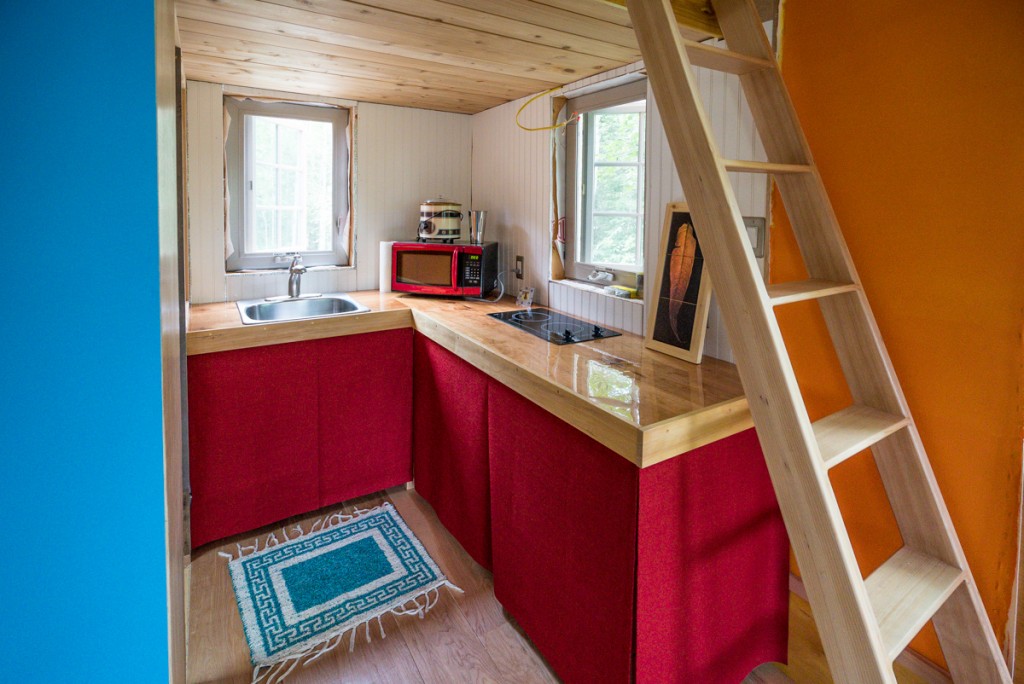 The Midnight Sun Tiny House flaunts a modern esthetic, emphasized with a mixture of exterior siding – correlated steel, painted exterior plywood and cedar. Mark reduces clutter inside his tiny home by storing the majority of his belongings in his pottery studio and garage, which is also where he pulls electricity. Although the house is not completely finished, Mark has been residing in the space for the past 8 months and plans to finish the plumbing and interior trim by this fall. 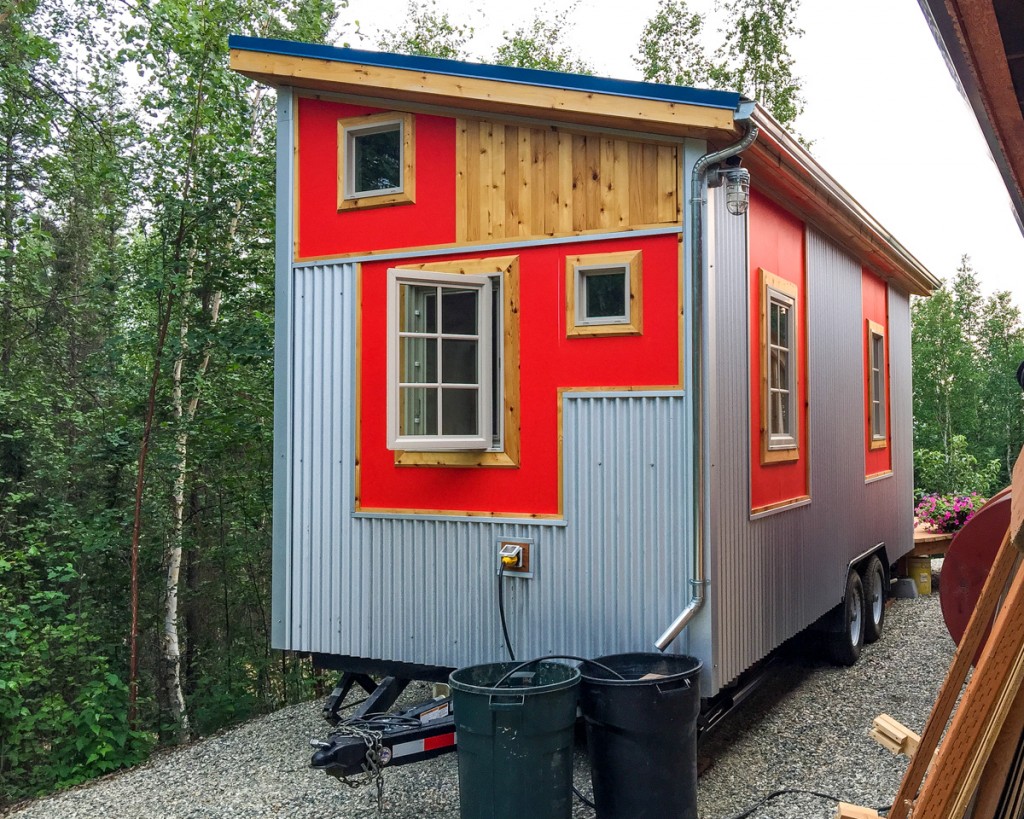 What is your favorite part of Mark’s Midnight Sun Tiny House?

If you liked the Midnight Sun Tiny House, you may also enjoy these articles: