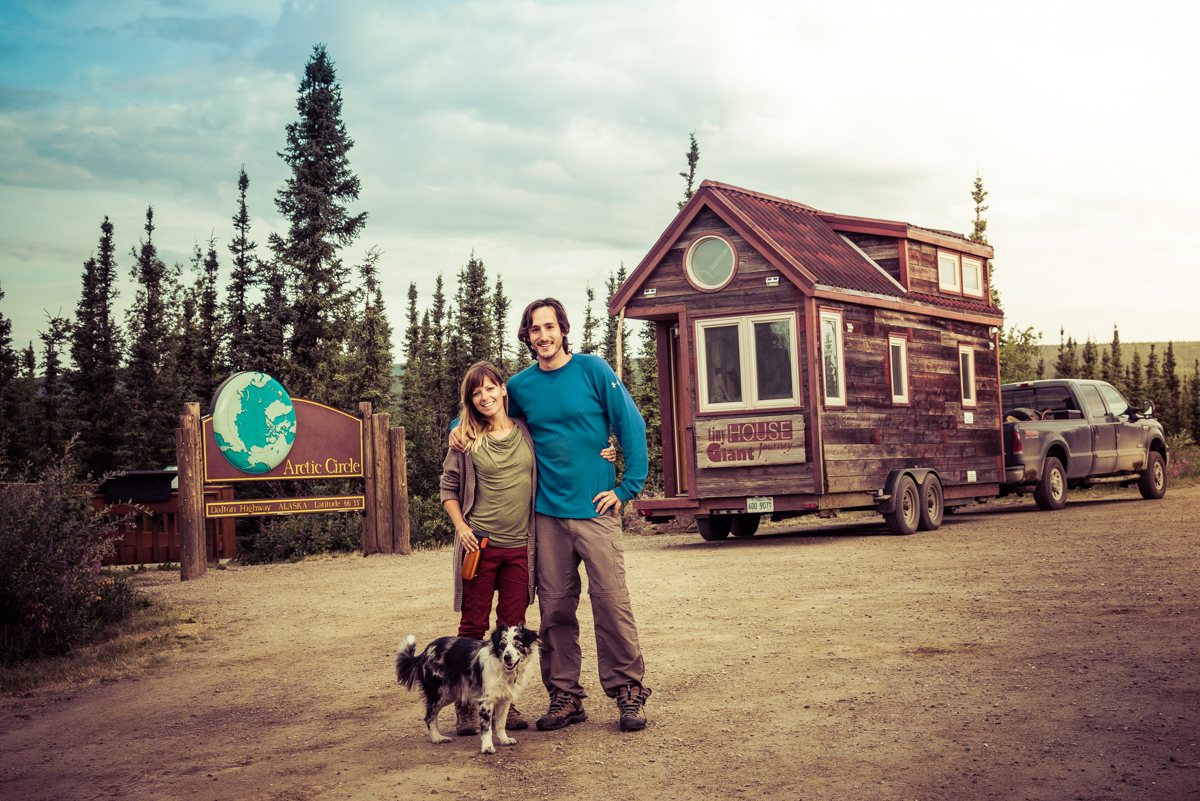 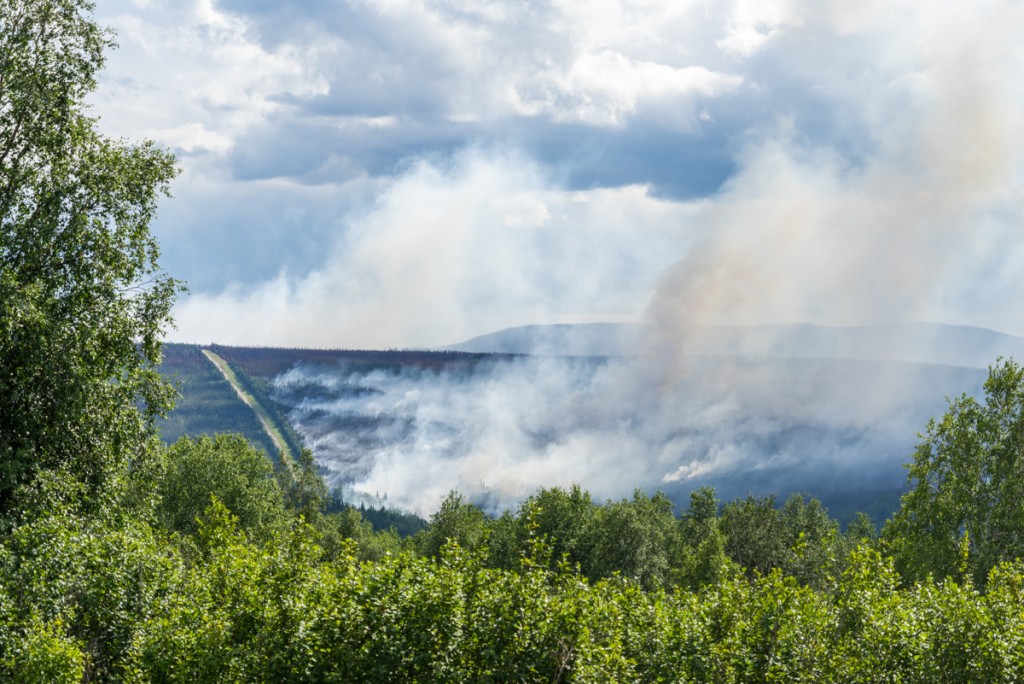 The air smelled burnt and a thick haze blanketed the city of Fairbanks, Alaska. Fires caramelized the sky and the air quality was so poor, we were forced to stay inside our tiny home with the windows shut. Fairbanks was a sweltering inferno, so Guillaume came up with an exit strategy. It went something like this:

“We should take the tiny house to the arctic circle!” 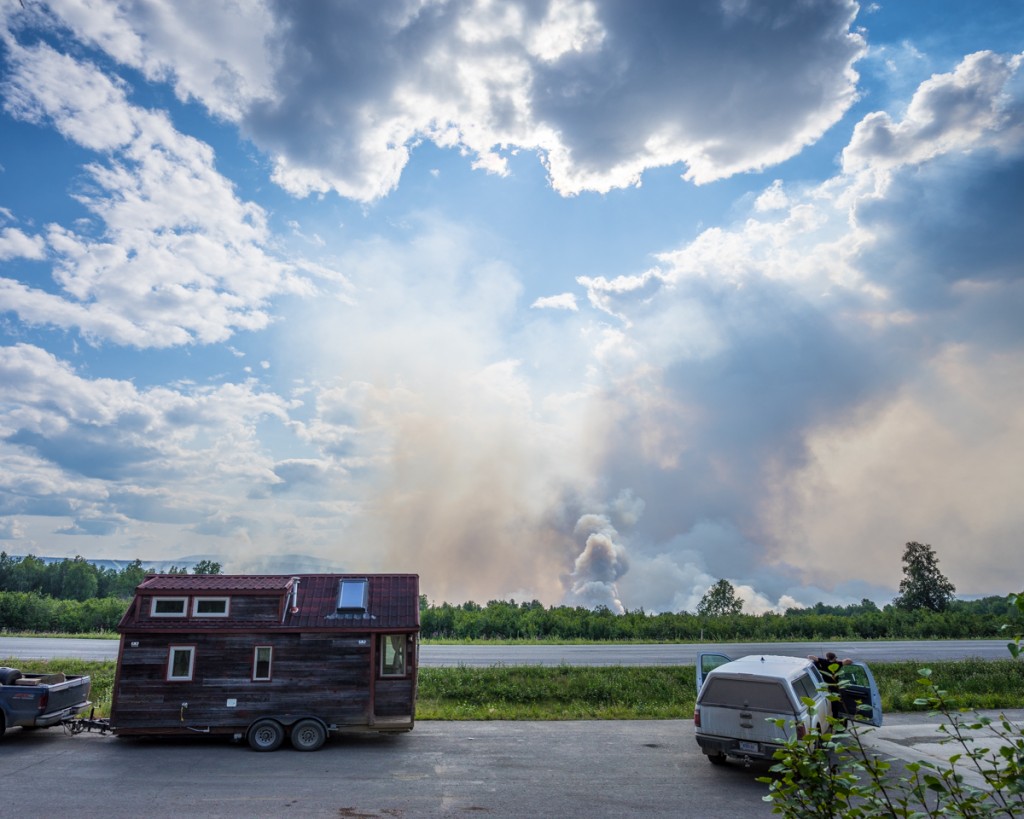 He couldn’t be serious… “The arctic circle?” I asked. “Isn’t the road… rough?”

Guillaume grinned, the way he does when he’s up to no good, and soon enough I was riding in the passenger seat on a bumpy gravel highway, praying we wouldn’t get a flat tire. 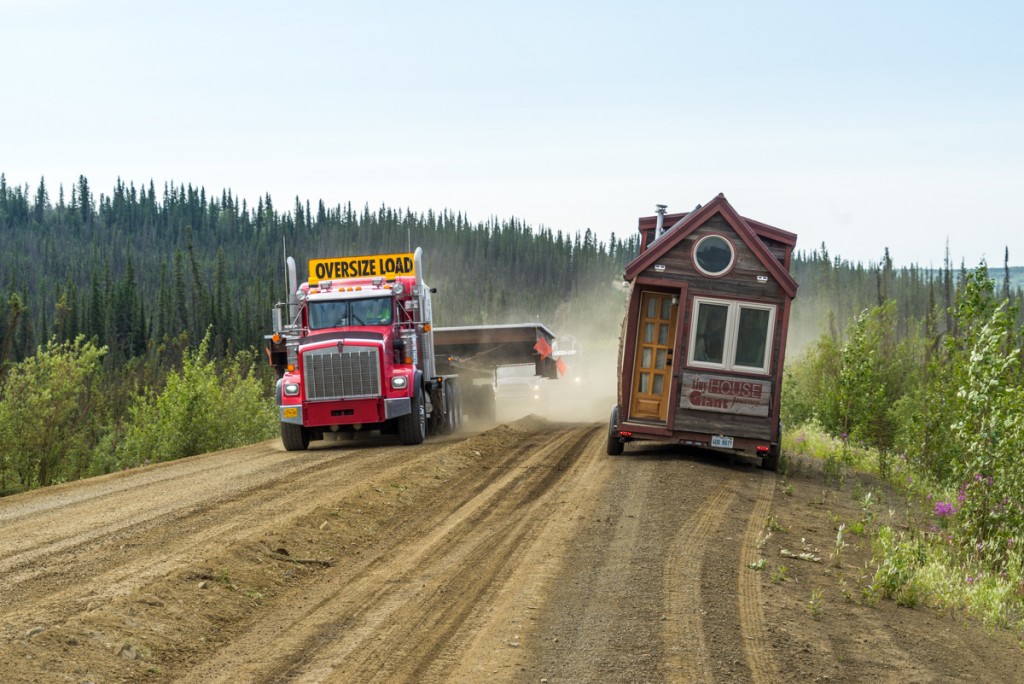 We had a spare, of course, but changing a tire on the trailer is not an easy task, even on a paved level surface. Changing a trailer tire on a narrow gravel road would be, well I’m not going to say impossible, but… really tough. I’ll talk more about changing tires in another post.

The Dalton Highway follows the Alaska Pipeline 414 miles from the Elliot Highway (just north of Fairbanks) to Deadhorse. In the summer, the Dalton is crowded with trucks transporting goods to and from Deadhorse. The road is mostly dirt and there are only a few places to refuel. At milepost number 115, the highway crosses the Arctic Circle and continues another 300 miles north. Due to its rugged and rural reputation, many avid road-trippers consider it a “bucket list” drive.

Towing our tiny abode, we averaged about 19 mph on the Dalton. It took us 8 hours to reach the Arctic Circle from Fairbanks, which is a long day of jiggling up and down in your seat! We passed a few fires and slowed to watch the firefighters control the situation. They actually start fires occasionally to stop wildfires from spreading, especially near the pipeline. It’s called a “controlled burn.”

The fireweed in Alaska is absolutely stunning. Many locals consider the plant the herald of summer – when the brilliant magenta fireweed fades, summer is officially over. Guillaume was spell-bound by the adventurous spirit and vast beauty we witnessed along the Dalton Highway. He says the drive is his favorite on this trip, so far. 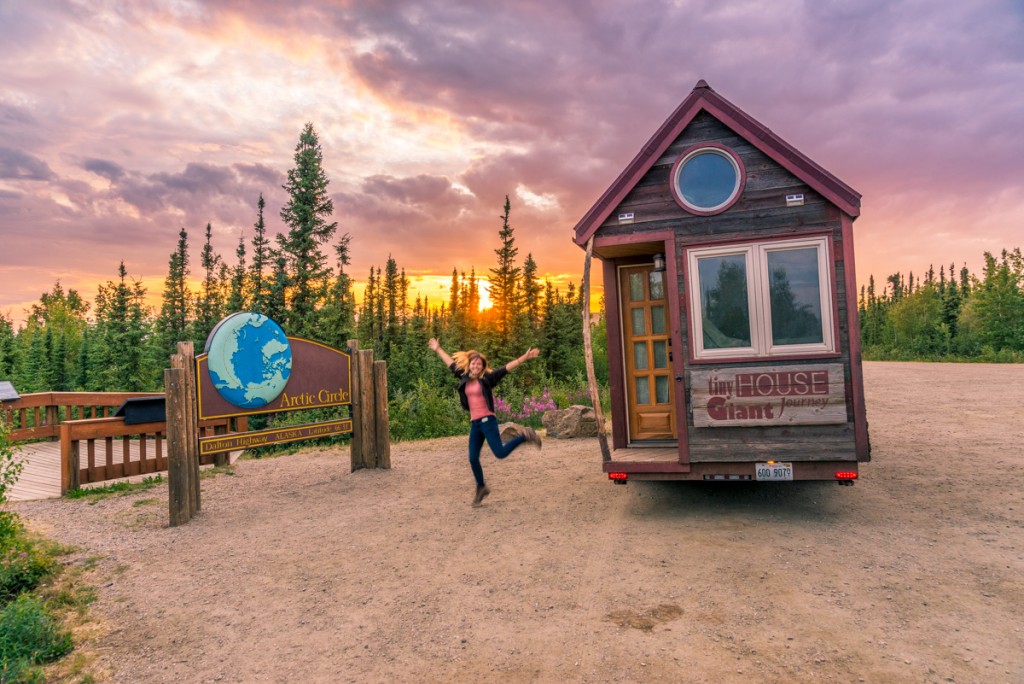 Tiny House Giant Journey reached the Arctic Circle around 11:45pm, and the sun didn’t set for another two hours! I thought about our latitude in great depth as we set up camp at the wonderful (and free) Arctic Circle recreation site. Are we now the most northern tiny house, taking the title temporarily away from the Midnight Sun Tiny House?  Are we the first tiny house to drive to the Arctic Circle?

One thing is for sure: we were the farthest north we’d ever been (and will ever be) with the tiny house.

The following morning, we turned around and drove south to civilization. The highway gets really rough north of the Arctic Circle, and we didn’t want to risk getting stranded. I crossed my fingers and toes the whole way back to Fairbanks, and we arrived with the same eight tires we left with the day before. Maybe it was luck. Maybe it was Guillaume’s skilled driving. Either way, I was thankful!

Next Up: We visit “The Great One”