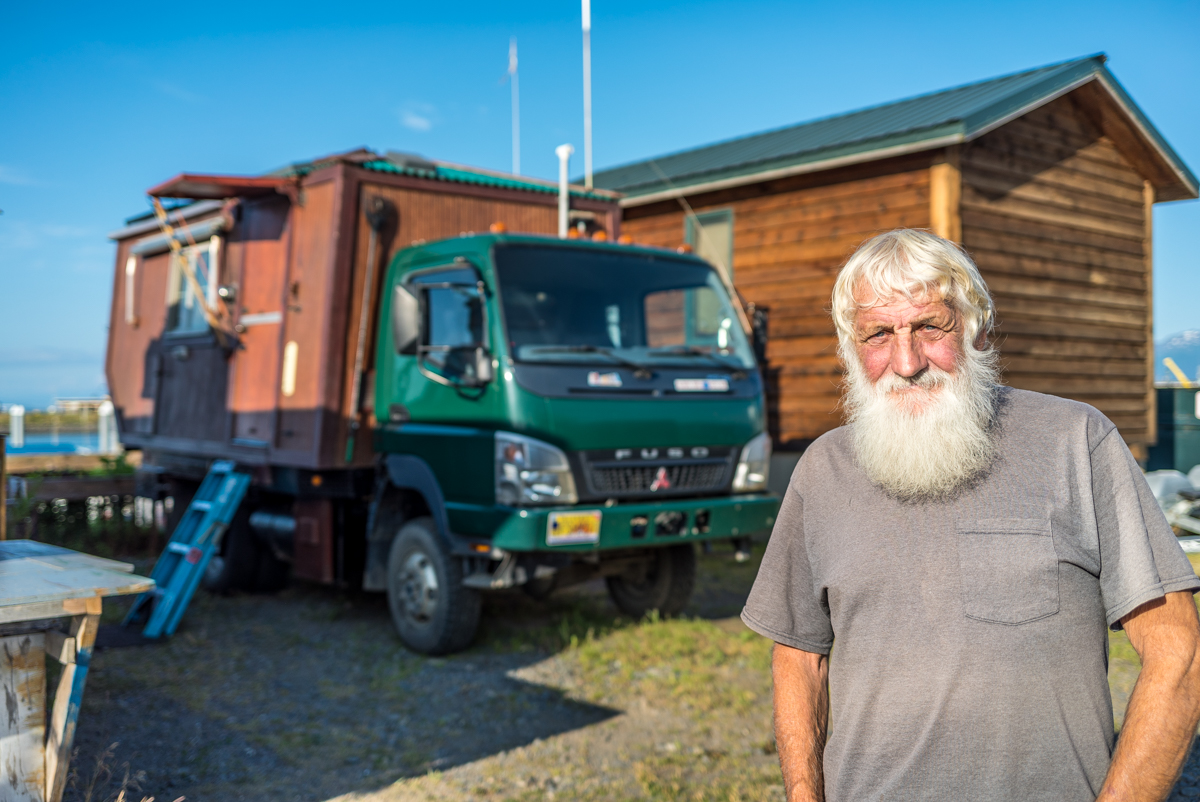 John, 75, is no stranger to building tiny homes,  expedition vehicles and even a house truck. In fact, he has designed and built twelve mobile alternative dwellings in the last 35 years and has plans for the next one!

Originally from Minnesota, John retired from the construction industry at 45 years old and, with his wife and two kids, decided to pursue a nomadic lifestyle. The family has traveled all over the world in John’s homemade RVs, homeschooling and adventuring. Instead of collecting belongings, John’s family has collected memories, experiences and photographs. 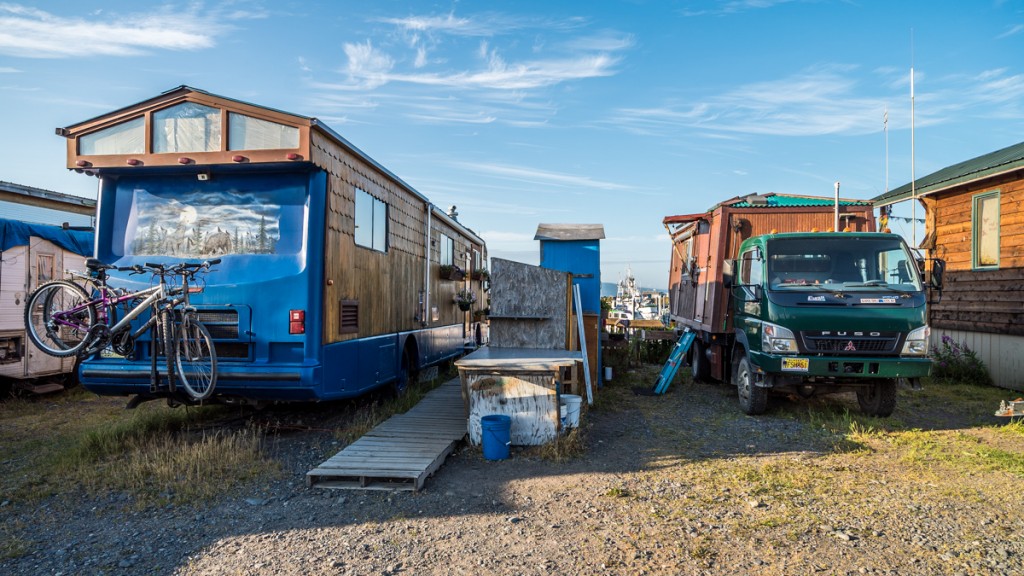 Two of John’s creations are parked in Homer, Alaska: an Adventure House Truck and a Retro Renovated RV. John was kind enough to take us through his House Truck, which he uses for travel most of the year. His Renovated RV acts as a permanent home in Homer, although it can also move if they choose to relocate.

WaWaJohn’s House Truck is built on a Mitsubishi Fuso chassis and took only four weeks to construct. With two water tanks, an outdoor shower, solar panels, propane appliances and ample storage, John and his wife are able to travel to remote locations all over the world. Their most recent adventure lead them through some rugged terrain in South America and the next big trip will take their Tiny Home to Russia. 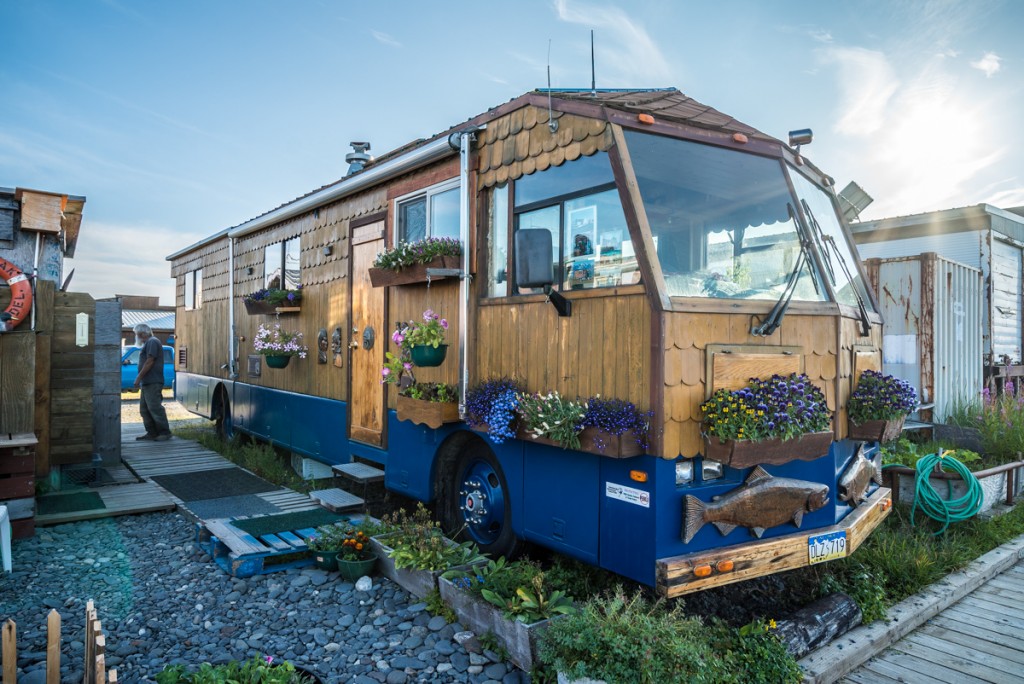 The Renovated RV was built on top of the burnt remains of a 1996 Holiday Rambler. John gave the destroyed RV a second life, using wooden shingles and carvings to decorate the exterior. He also built removable planters, which adds a nice floral touch. We weren’t able to do a tour of John’s Renovated RV, but as you can tell from the exterior, it’s a work of art. 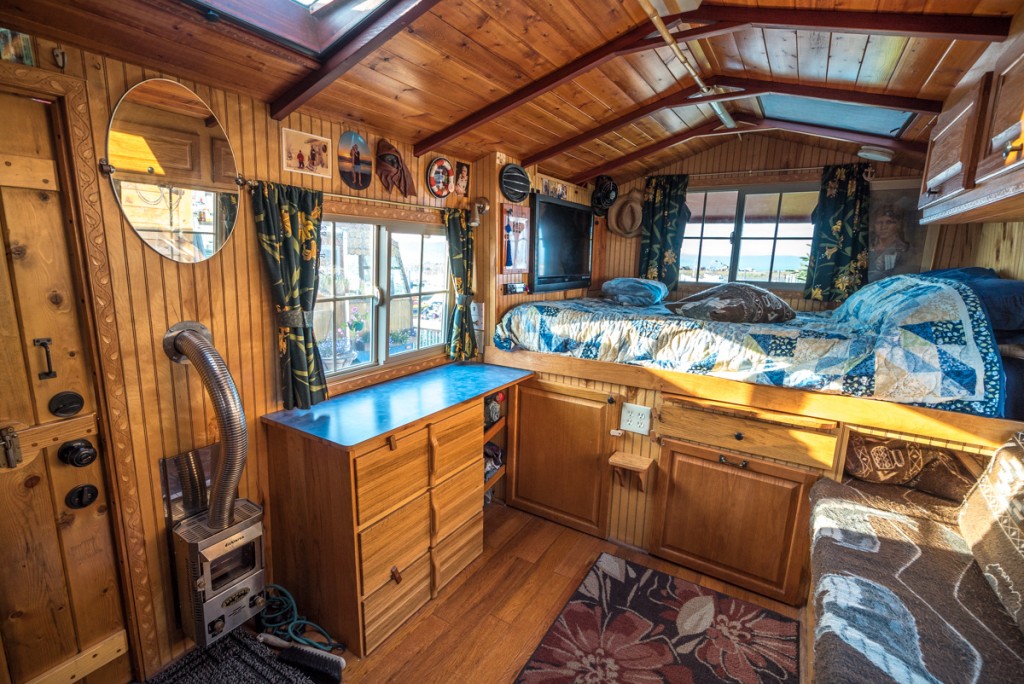 Could you travel around the world in John’s House?

If this like this, check out these amazing homes: