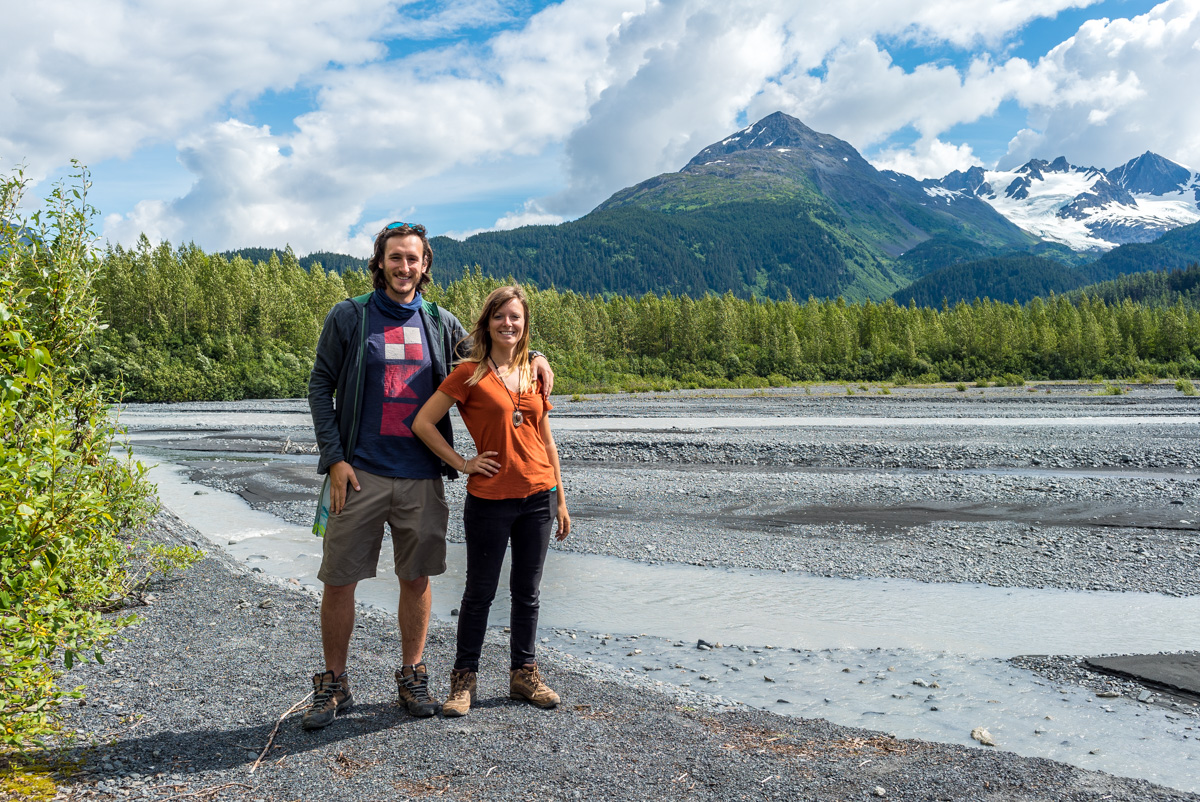 Fair warning, this article is going to be different than the others on this blog. I’d like to share the story of how Guillaume and I met and why we needed to travel together in Alaska. It’s a personal story and perhaps a little “gushy” for some of our readers, but I’m hoping you’ll give it a chance. Don’t worry, I will return to Tiny House and Travel Tips in the next article!

Over three years ago…

Guillaume and I were both single and searching for a partner in crime and, as many young Los Angelenos do, we tried online dating. I remember creating a profile, and BAM – I received 50 messages from hopeful “matches.” Most of the messages were phoned-in and revealed nothing about the individual on the other end. Here’s an example: “You’re cute. We should meet.” …. Humph. It felt like receiving a valentine from a fifth grader. The person at the other end  probably didn’t bother to read my profile, which infuriated me. After all, I’m a writer! If they couldn’t bother to read a few paragraphs about my likes and dislikes, how could I ask them to proof my future work?? At the time, I needed a proof reader almost more than a boyfriend!

After sorting through hundreds of disappointing messages, Guillaume reached out. He mentioned that he was also about to travel to Alaska for vacation – proving that he actually read my profile – and, I’m not going to lie, it helped that he was French. I agreed to meet him for a drink.

Guillaume was waiting for me at the entrance of the restaurant, still dressed in his motorcycle gear. I actually thought he was more attractive than in his online photographs, which were silly snapshots of his adventures. He told me how to pronounce his name, and I botched it royally for the next week or so before perfecting it. Drinks turned into dinner. We compared our Alaskan adventure plans and realized we were going to visit the same places, but a few days apart.

Two weeks later, we both left for our separate Alaskan vacations. Guillaume was always a few steps ahead.  At one point he started sending me scenic photos of his travels. I took it upon myself to find the exact same locations he photographed when I visited those areas a few days later. I spent a good portion of my vacation riding on his coattails and engaging him in a game of photo-tag. It became the ultimate treasure hunt!

In a few photos, Guillaume posed with his arm stretched out, as if he had his arm around an invisible me. He did this while visiting Exit Glacier in Seward, Alaska. I arrived in Seward a few days after his departure and, after searching for about an hour, found the exact spot he snapped the photo. It wasn’t easy because the weather was drastically different (as you can see below). Later, he photoshopped those two photographs together. 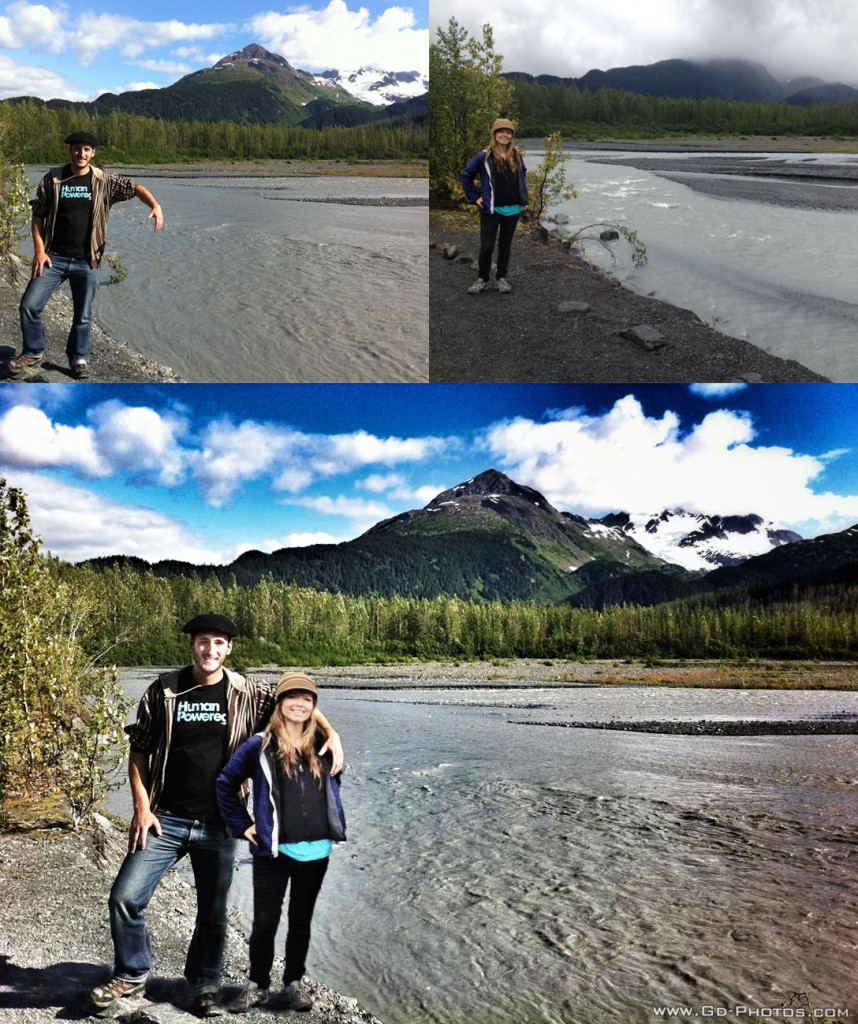 Our first photograph together was photoshopped!

Three years later, after building a tiny house and adopting a dog, we decided to return to Alaska together. The trip to Alaska was the culmination of our relationship and of all we’ve accomplished in the past three years. In a way, the reason we are together, the reason we built a tiny house, and the reason we made the long trek up to this beautiful state, is owed to that one photograph.

And so we had to relive it, together. 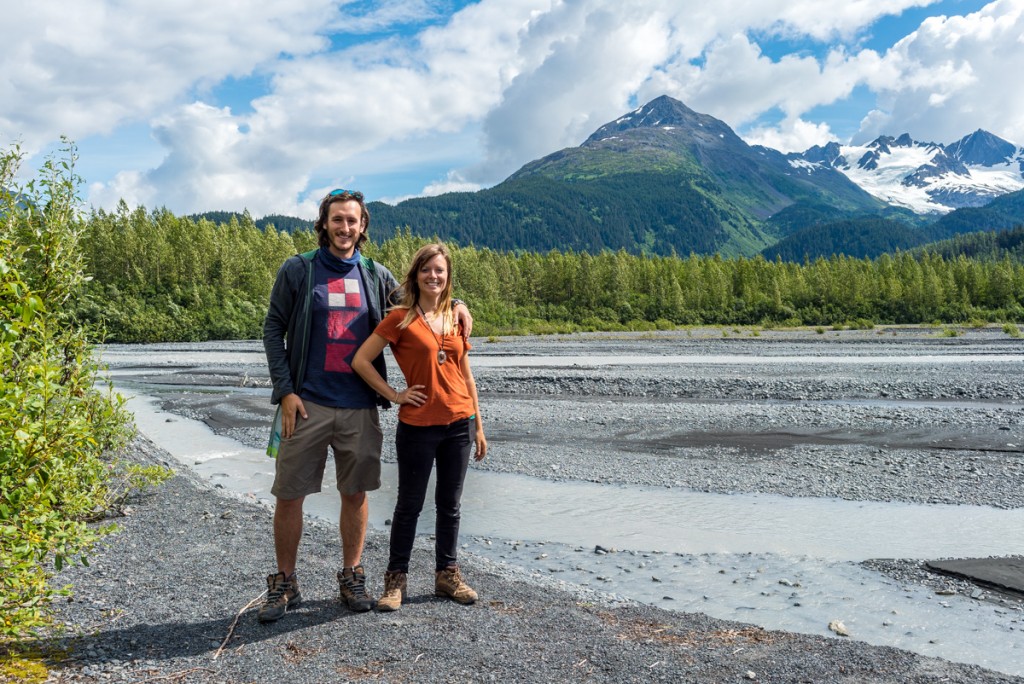 Together in Alaska at last! 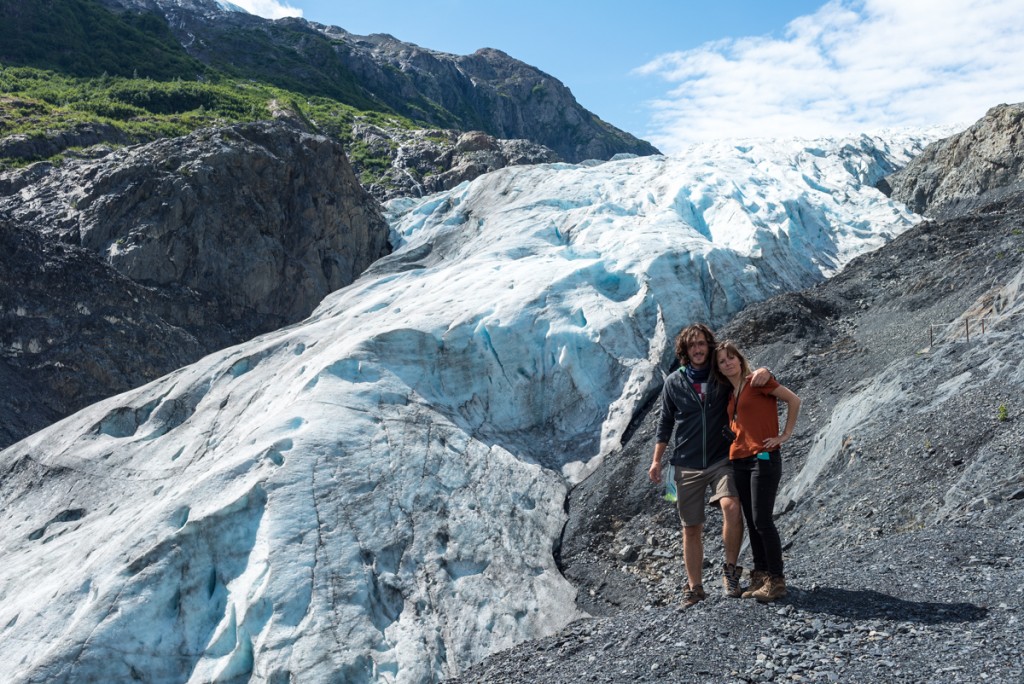 Next Up: An Alaskan port town overrun with fluffy bunnies!