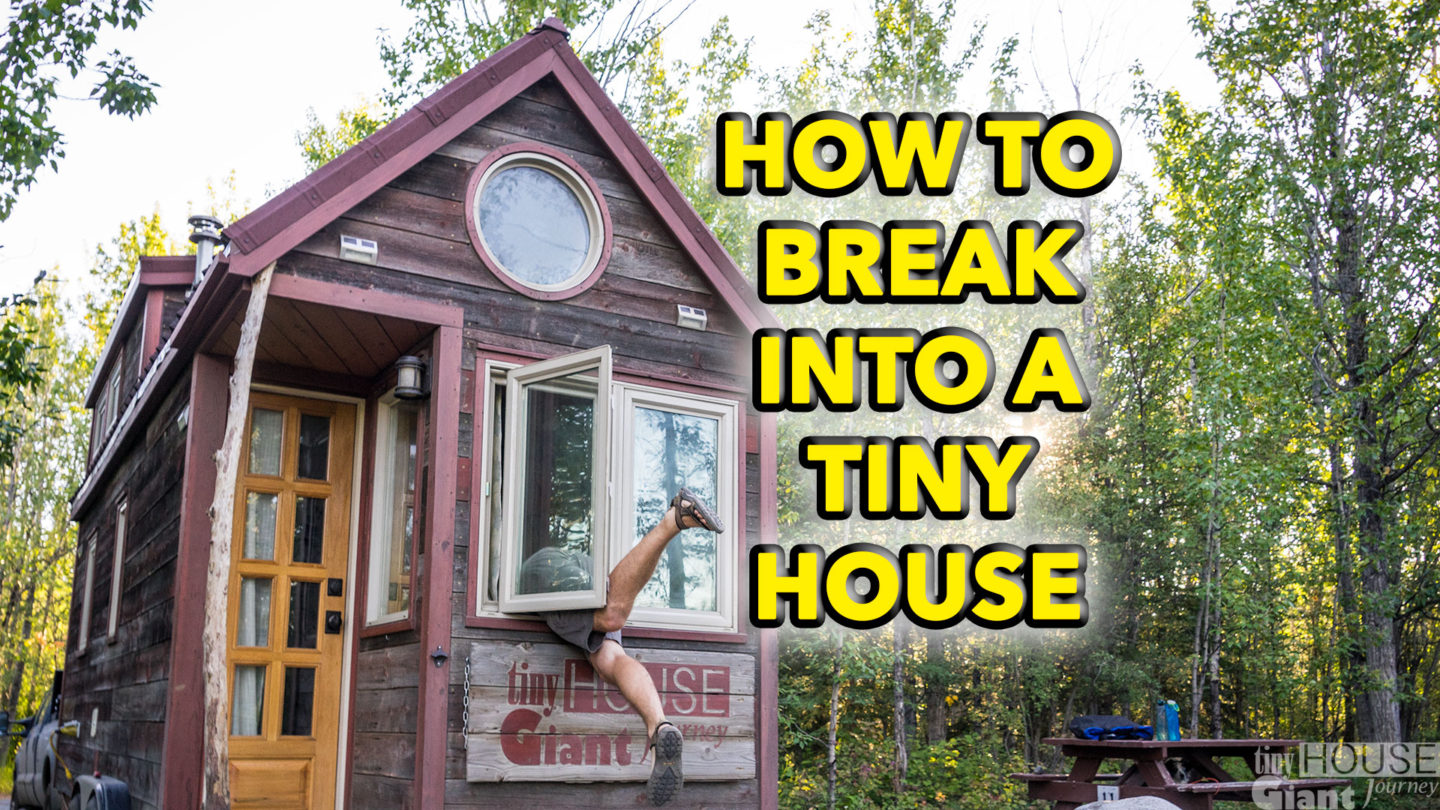 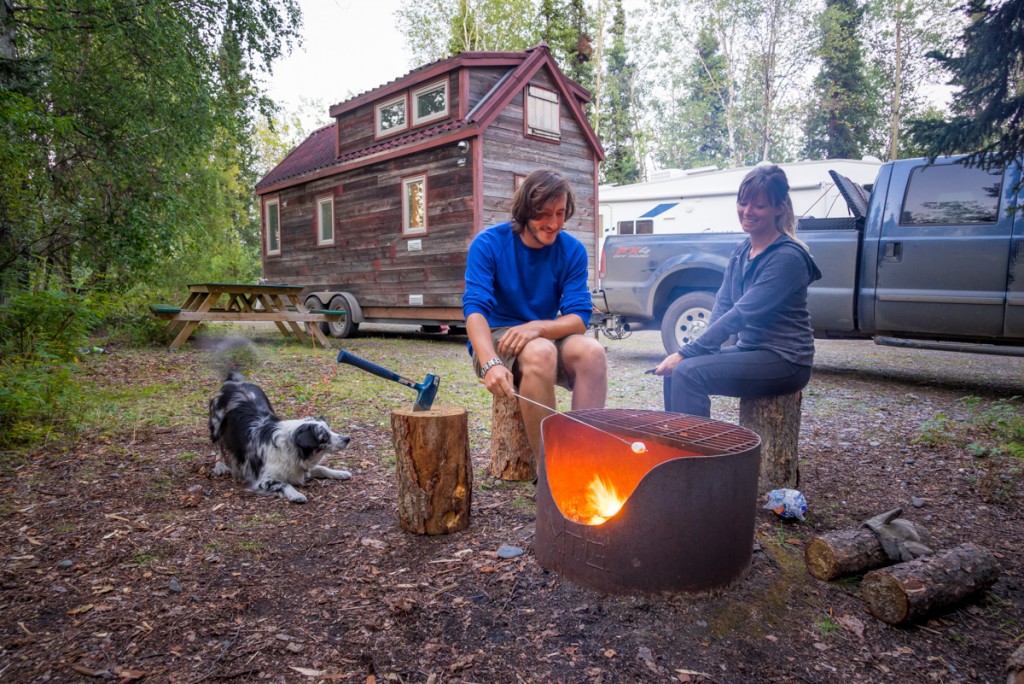 Guillaume and I were camping happily in rural Alaska, hours away from civilization. We didn’t have cell service, but that suited us fine. In fact, we loved it! We spent our days fishing and managed to catch a few arctic grayling and rainbow trout. We cooked our catch over a fire and felt utterly content, until one evening when we tried to enter the tiny house and the door wouldn’t budge…

We weren’t locked out, the door just refused to open. After about thirty minutes of our best efforts, I began to worry we’d be spending the night in the truck!

There was no way to call for help, and even so, there was no one who would come!

Lucky for us, the weather was still very hot, so the windows were wide open. Guillaume pushed out the screen on our largest window and jumped inside.

He actually broke into our tiny house!

Once inside, he tried to open the door once again. The stubborn door was stiff; the mechanics locked in rigamortis. He took the doorknob apart but the latch bolt was frozen in the extended position. Finally he gave up, and told me the bad news – I’d have to climb in through the window, and so would the dog. 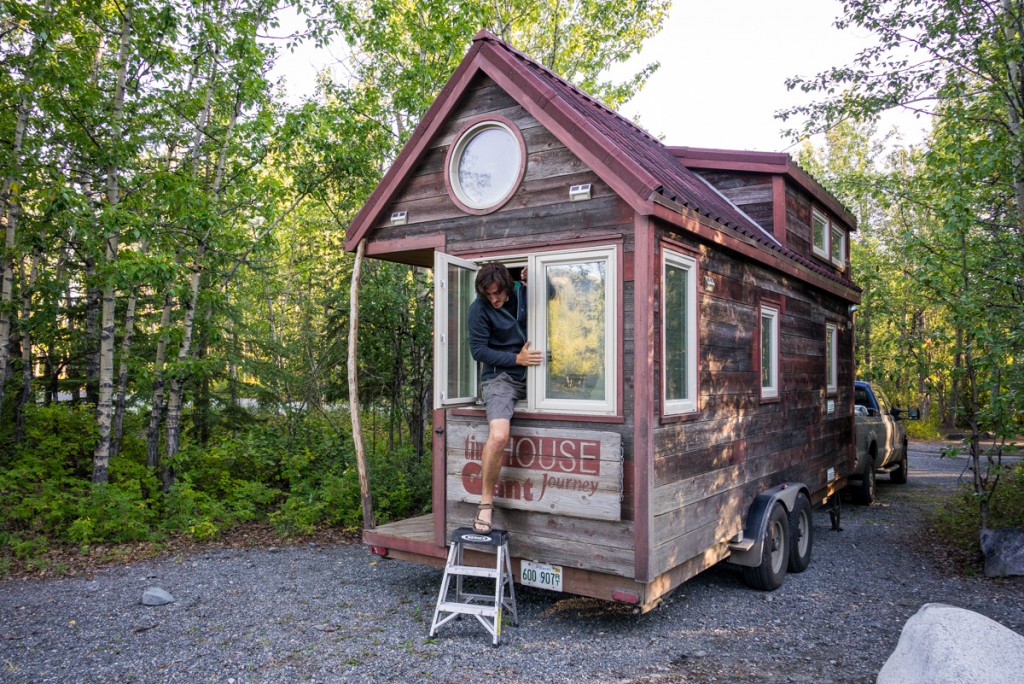 The next morning we exited the house the same way. It was ridiculous – entering and exiting my own house through the window, and passing the dog through the threshold like Simba the lion cub whenever she had to pee. Our plan was to drive 83 miles to Valdez, a decent sized town, to find a locksmith. Guillaume rigged a system that secured the window in a cracked position. This way we could pry it open if the door was unfixable. 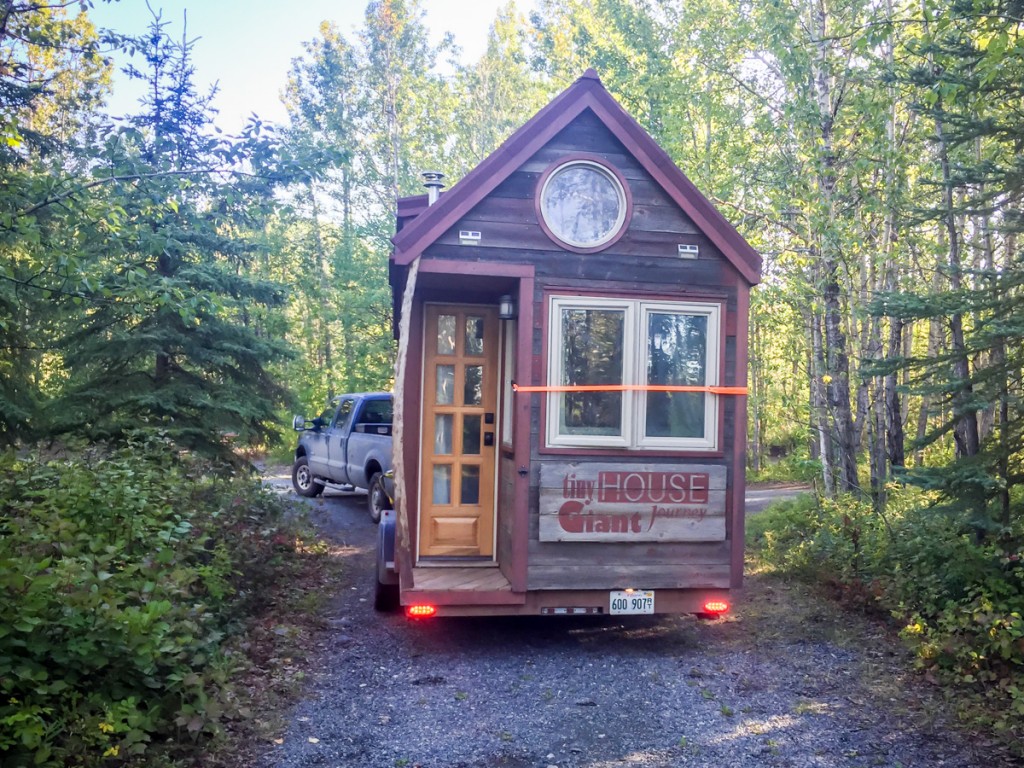 I’m sure our house looked rather crude, unstable and a bit scary to the cars following us on the highway. . .

We found a locksmith relatively easily in Valdez, and he fixed the problem within twenty minutes with a bypass tool (I guess we should get one of those). Guillaume and I were relieved, but a question lingers… what if it happens again?? When your home endures a consistent beating, as ours does everyday on the road, a few broke and angry mechanisms are to be expected. Our door wasn’t the first mechanism to go on strike, but it was the most impairing. To be fair, we should have seen it coming. The door had been warning us for weeks – the knob gradually getting more and more difficult to turn – but it couldn’t have picked a worse location to break.

How can we prevent this from happening in the future? Any ideas?