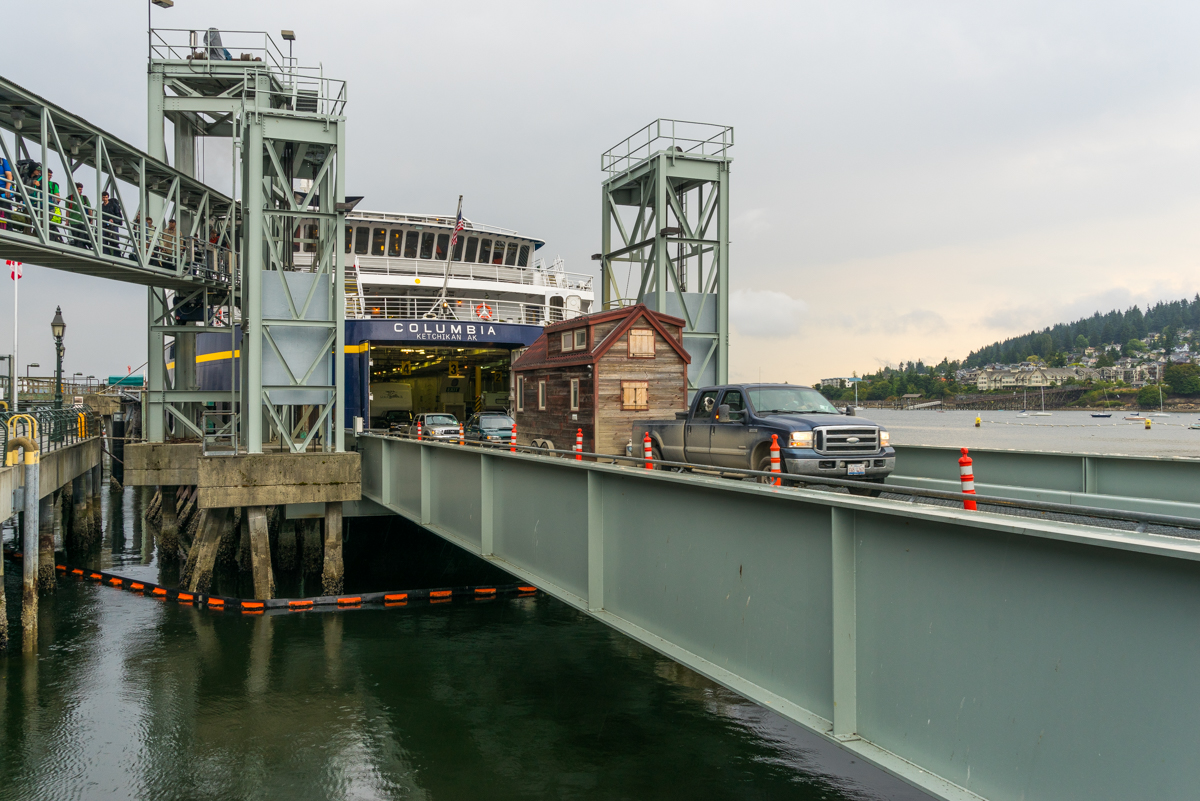 We originally planned on driving the Alaska Highway for our return trip from Alaska to the lower 48, but our truck,”Ole’ Bessie,” didn’t like the idea very much. In fact, she was pretty adamant…

“Come on Bessie,” Guillaume pleaded. “If you make it down to the lower 48, we promise not to sell you for parts.” He lied.

“My gears are tired.” She whined. “I need a vacation. You should take me on a cruise.”

Bessie continued to complain and eventually threatened to die somewhere in the middle-of-nowhere. Although it pained us to miss the Alcan Highway, there is no arguing with Ole’ Bessie. We decided to take our tiny house on the Alaska Marine Highway.

The Alaska Marine Highway marks the third ferry trip for the tiny house! Our first ferry ride was an 11 hour trip from Nova Scotia to Maine. The second was a 15 minute ferry crossing the Yukon River just outside of Dawson City. 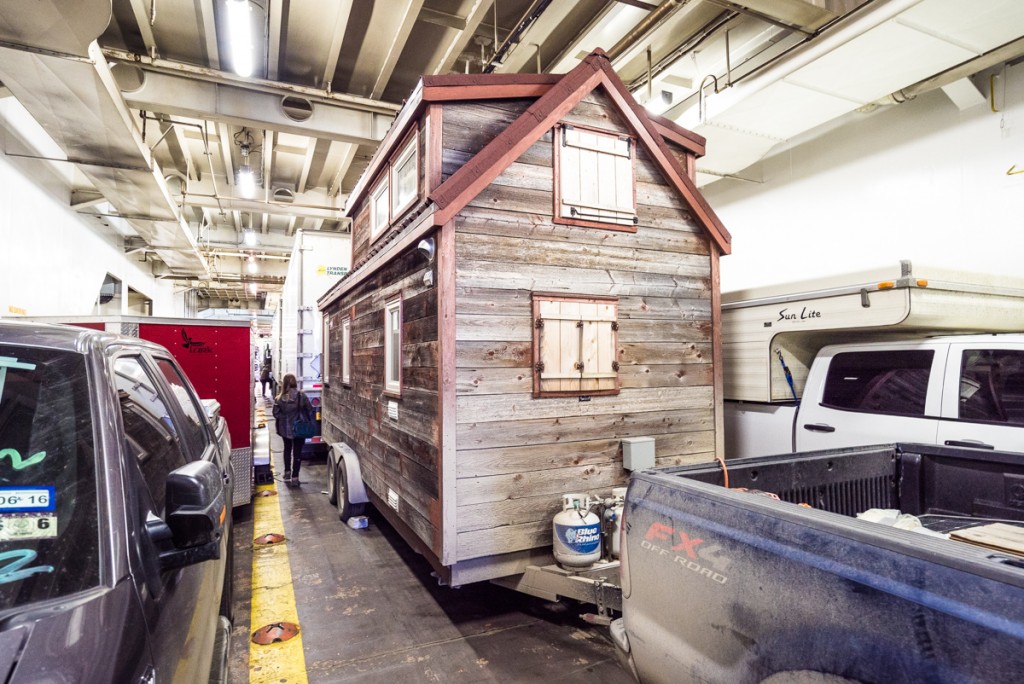 Starting in Haines, Alaska, our boat – the Columbia – cruised down the Alaska’s inside passage for four days before reaching its final destination in Bellingham, Washington. Guillaume and I splurged for a no-frills cabin because we weren’t allowed to stay in our tiny house. I was bummed about this at first, but when I realized how loud it can be on the car deck, I was thankful for my semi-silent berth. Unfortunately, Salies (our dog) had no choice but to stay in the tiny house. Dogs are not allowed in the cabins or above deck on the Columbia. I felt terrible and visited her as much as possible. My only solace was that she had the best doggy digs on the boat. 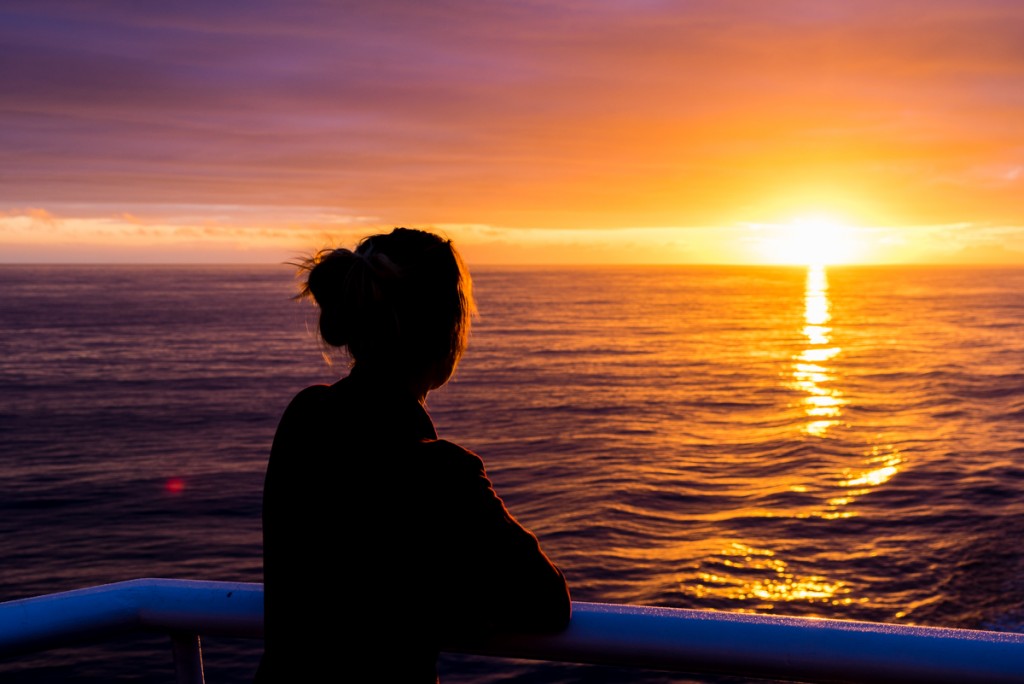 Sunset was my favorite time of day on the boat. The Inside Passage is unbelievably picturesque, calm and, in some places, very narrow. I stepped out on the deck every night to warm my cheeks in the orange glow and to watch as Alaska slowly disappeared behind the wake. Goodbye, I thought, I’ll be back.

I spent the majority of the boat ride reading books, relaxing and reflecting on our travels. There’s nothing like a good cellular detox to put things in perspective. I was, however, disappointed the onboard bar had closed this season. Apparently, until last year, passengers used to socialize, play games, dance and enjoy live music on the ferry. Not anymore – the government shut the bar down, claiming they didn’t have enough financing. Now passengers just stumble around all day long, bored of watching the waves and with no where to congregate. Bummer.

The ferry stopped at a few Southeastern Alaska port towns, allowing us to stretch our legs and explore. Due to the nature of the accelerated ferry trip, many stops happened in the middle of the night. The only two stops we were able to enjoy were Sitka and Ketchikan.

The ferry terminal provided a cheap roundtrip shuttle service to downtown Sitka. The shuttle even allowed dogs, which was a delight for our pup. 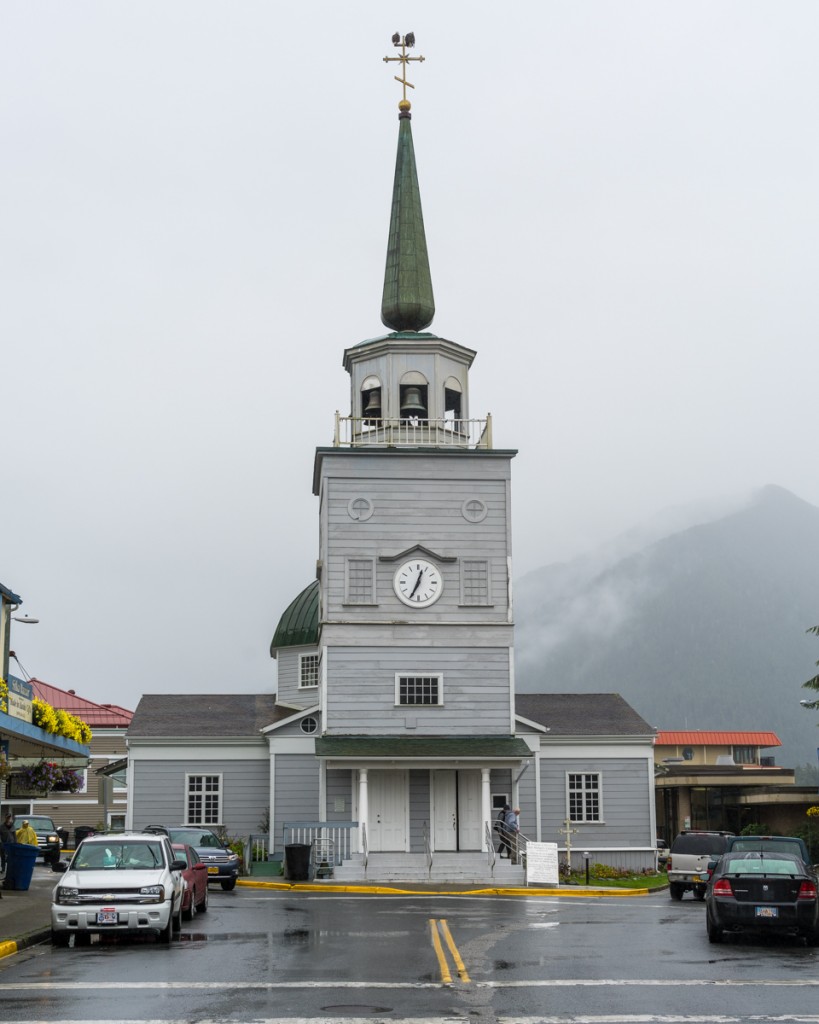 In Sitka, two hours is only enough time to walk up and down main street, grab lunch or a beer, and then return to the ferry terminal. We grabbed a quick lunch at a local food truck serving (of course) Alaskan salmon, mac n’ cheese, and fries. It was delicious! Afterwards we enjoyed a few Alaskan beers on the porch of Larkspur Cafe.

Before we knew it, our quick glimpse of Sitka had come to an end. We had to either: re-board or watch our ship sail away with everything we owned. The choice was pretty simple…

The ferry’s longest stop was in Ketchikan – a whopping 7 hours! Guillaume, Salies and I needed a little exercise so we decided to walk from the ferry terminal to downtown Ketchikan – about 2 miles each way. 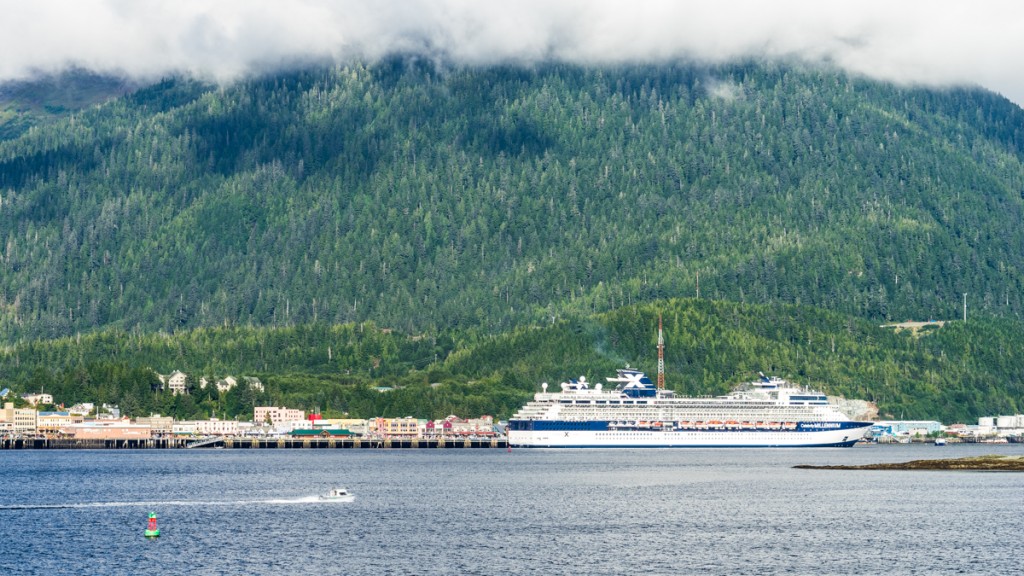 I’ve been to Ketchikan before, so I knew the layout of the town. The first four blocks, sandwiched up against the cruise ship dock, are infested with tourist junk shops (in my opinion). Most of these shops are owned by the cruise lines, so they aren’t authentic or local. One positive outcome is that the hundreds of people exiting the cruise ships stay mostly within these four blocks. I’m not a huge fan of crowds, but I understand the town of Ketchikan relies on tourism for their livelihood. Even so, we decided to broaden our spectrum a bit.

We skipped the jewelry sales and overpriced trinket shops to stroll through historic and picturesque Creek Street – a former red light district. Afterwards, we ventured a few blocks over to the fish ladder and observed half-dead sockeye salmon navigating their way upstream. These tourist attractions are a bit of a hike from the docks, and although they are still crowded, it’s nothing compared to the shopping district.

The last time I visited Ketchikan, I hiked Deer Mountain Trail. The trailhead is located within walking distance from downtown and offers fantastic views on a clear day. If you want to get away from the crowds, and you have the stamina to hike a moderate trail, I highly suggest this as an alternative to the typical attractions. 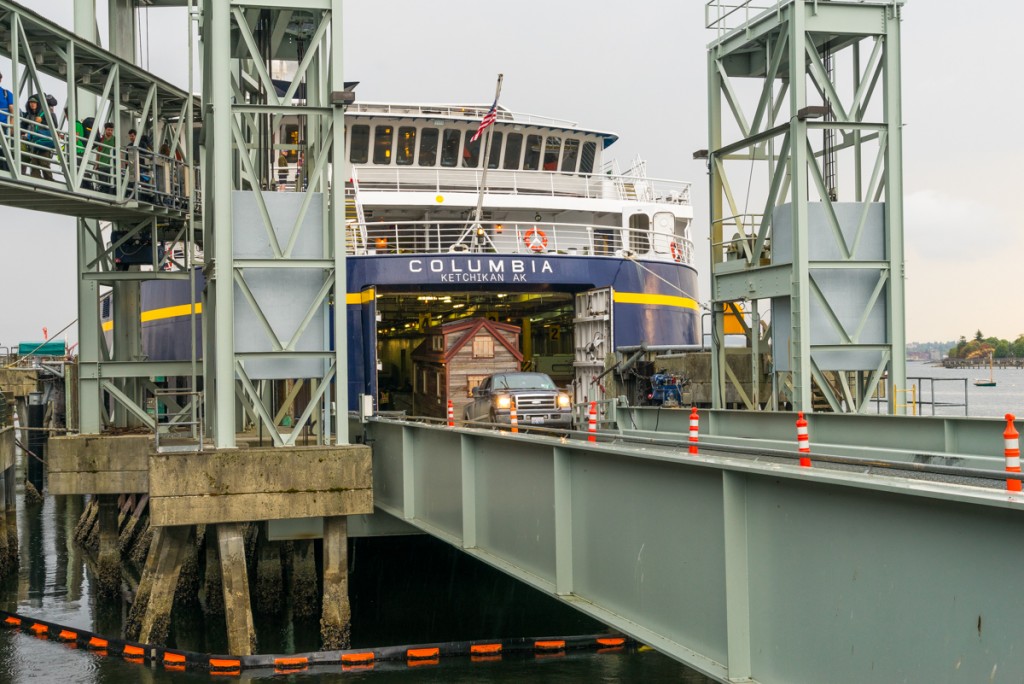 We made it back to the lower 48 and the first thing we did was allow our dog to pee on grass – she had been forced to pee on the cement car deck and us to mop it up with paper towels. Altogether I’m thankful we took the ferry because of the truck, but I think if I had to opportunity to do it again, I’d prefer to drive the Alcan Highway.

Next Up: The Deepest Lake in the U.S.A. Blows Us Away !