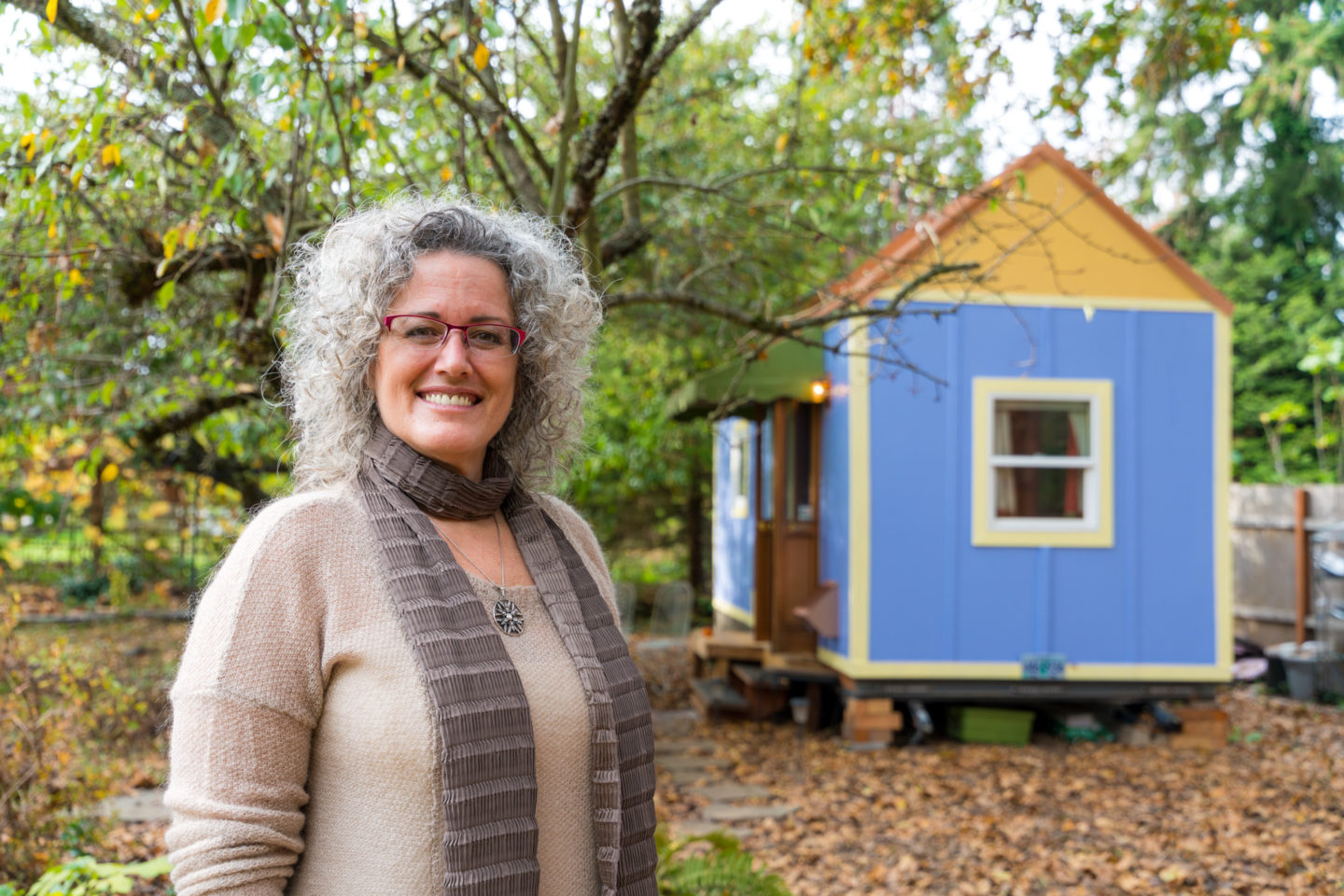 In April 2015, we visited Simply Home Community in Portland, Oregon, to film a tour of Lina Menard’s Tiny Home and a walk-through of the tiny house community with member Tony Diethelm. Recently we found ourselves back in Portland and decided to pay another visit to Simply Home Community. This time we toured Karin Parramore’s Tiny House – “Serenity.”

Karin graduated from medical school and realized she couldn’t afford a normal-sized home in Portland without going into debt. After watching a news feature on Jay Shafer’s tiny home, she was inspired to build her own tiny home to live debt-free. During construction, Karin felt empowered by the act, which validated her decision. 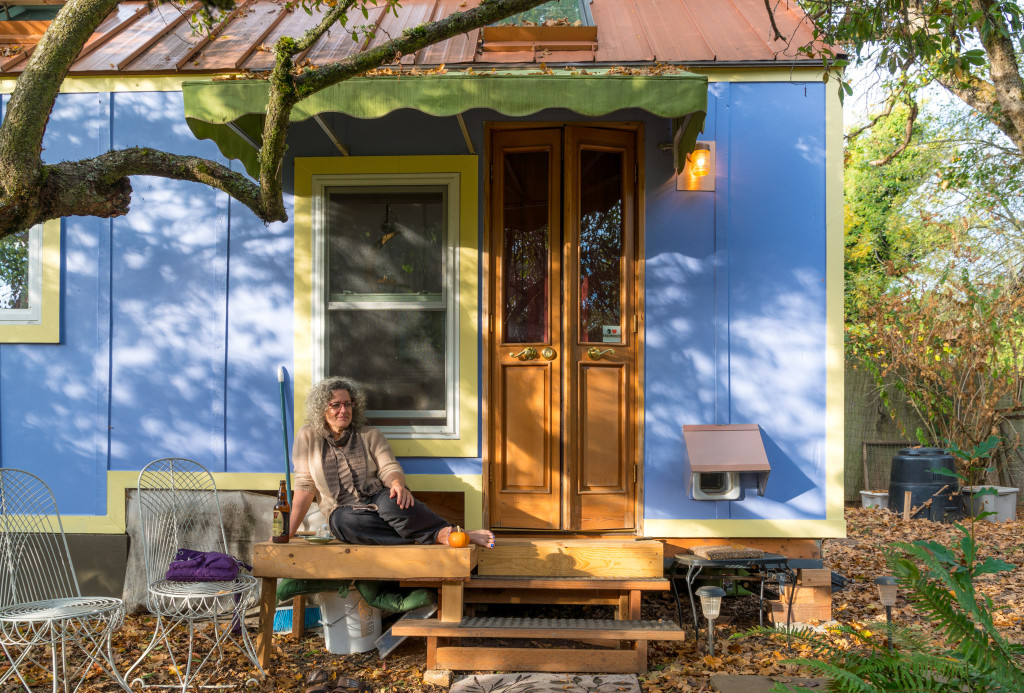 “When I’m at home, I can feel completely at ease with myself.”

– Karin Parramore, on her Tiny Home

“Serenity” – the name Karin chose for her tiny abode – has a double meaning. A self-proclaimed geek, Karin named her tiny sanctuary after the starship on her favorite TV show, “Firefly.” Karin also feels the definition of “Serenity”matches the mantra of her home: the state of being calm, peaceful, and untroubled.

Currently Karin’s tiny home is parked in a backyard tiny house community in Portland, Oregon, along with two other tiny homes. Karin’s role in the community is to take care of the garden. This summer they harvested more than enough fruit and greens to feed all seven community members! 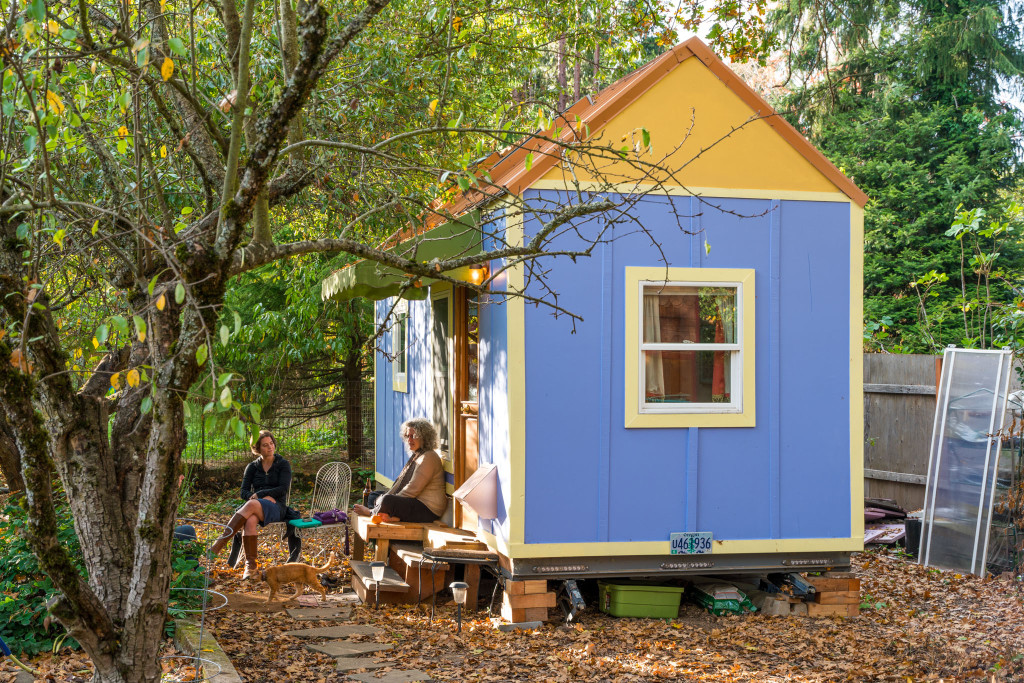 “I have the opportunity to be as communal as I want, but I also have my little retreat.”