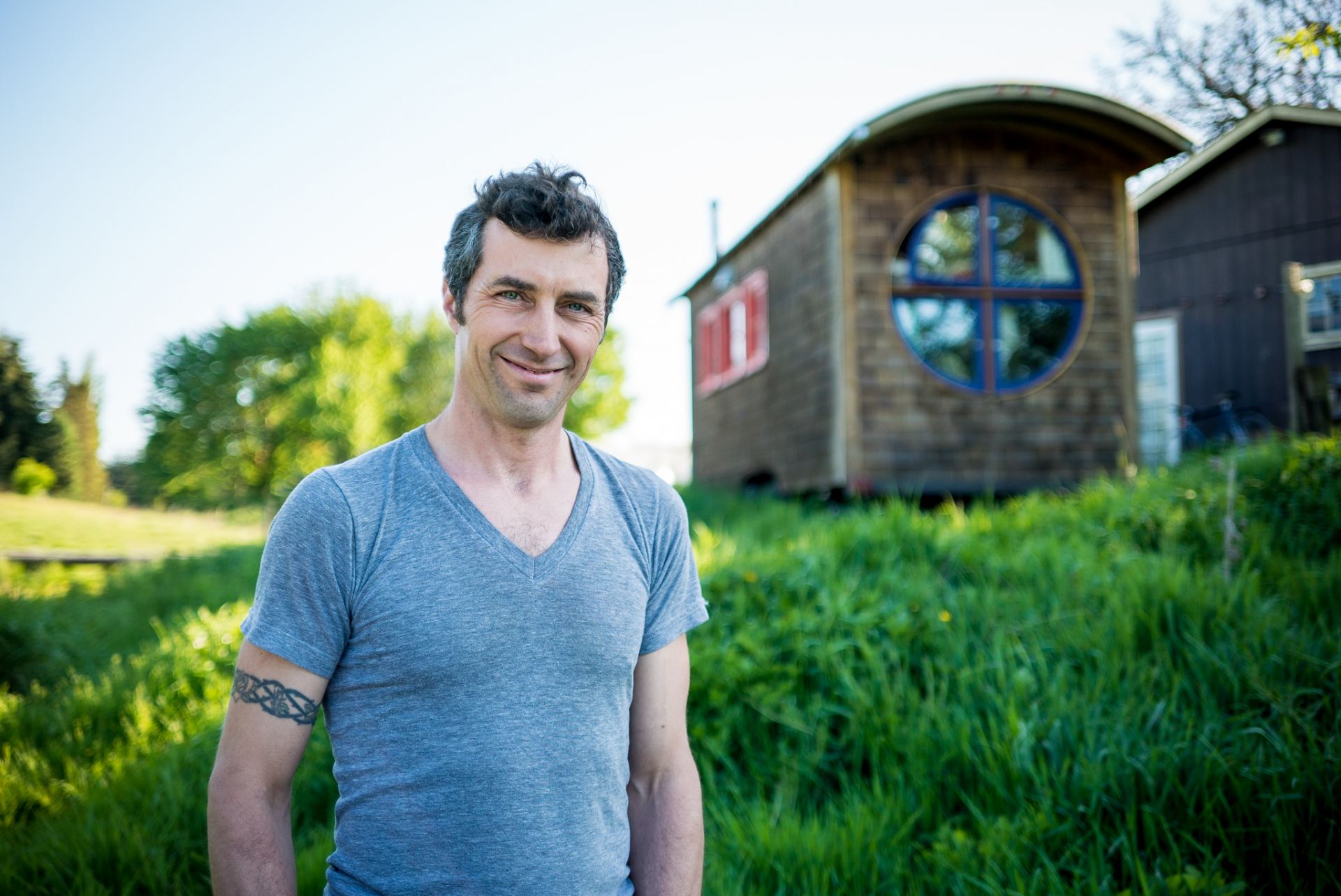 Abel Zyl, a master tiny house builder, found a passion for carpentry at a very young age. His family built their own home when he was a child and his father was an electrician. By the time Abel was in college, he was building his own self-designed boat! Eventually, after taking inspiration from Dee Williams, Abel repurposed the materials from his boat project and collected a variety of reclaimed items to build his very first tiny house . He lived in the “Azavela,” which means “Blue Wind,” for a short time with his young daughter. Not long after, he began building handcrafted tiny homes for other people. 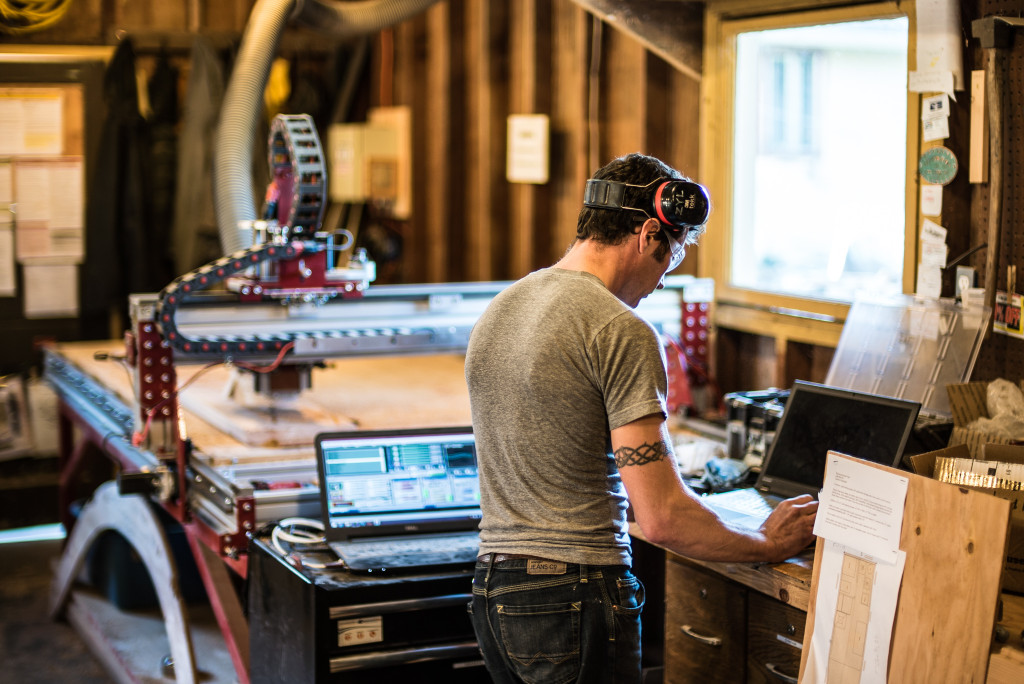 “I want to create houses that feel natural and almost nostalgic to be in, even if they’re brand new.”

“Zyl Vardos,” Abel’s tiny house company, has been in business for five years. During that time Abel and his crew have constructed over a dozen tiny homes, each thriving with character. Abel’s passion and artistic talent breath life into his work. His now famous designs are given whimsical names, such as: Little Bird, Ark, Fortune Cookie, Pinafore, and Dewdrop.

Last year we visited one of Abel’s customers, Bernadette, in Maryland. We were ecstatic to tour her gothic-style Zyl Vardos tiny house: the Pinafore. It’s still one of our favorites!

Over the years, Abel has developed an artistic trademark. Each of his tiny homes features a curved roofed and almost all of them have a “Zyl Moon Window.” Abel builds with they help of several carpenters and a CNC router. His workshop is located on a farm in Olympia, Washington. 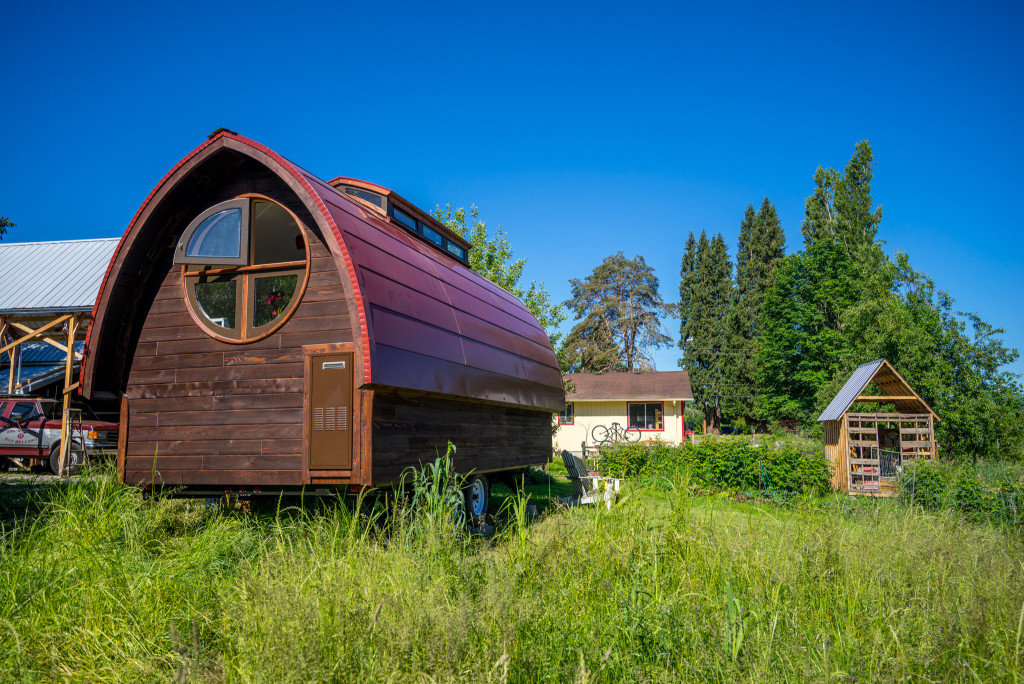 Abel jokes that he often chooses the more difficult path, much to his own chagrin, to create complex and unique tiny house designs. In this video tour, Abel takes us through his open air workshop and three of his tiny homes, including the first one he ever built.

It’s wonderful to see the build process from a small business/family man perspective. Abel mentioned that his first tiny home, which is still a big part of his life, will always hold a special place in his heart.

“It has been on many adventures with me.”