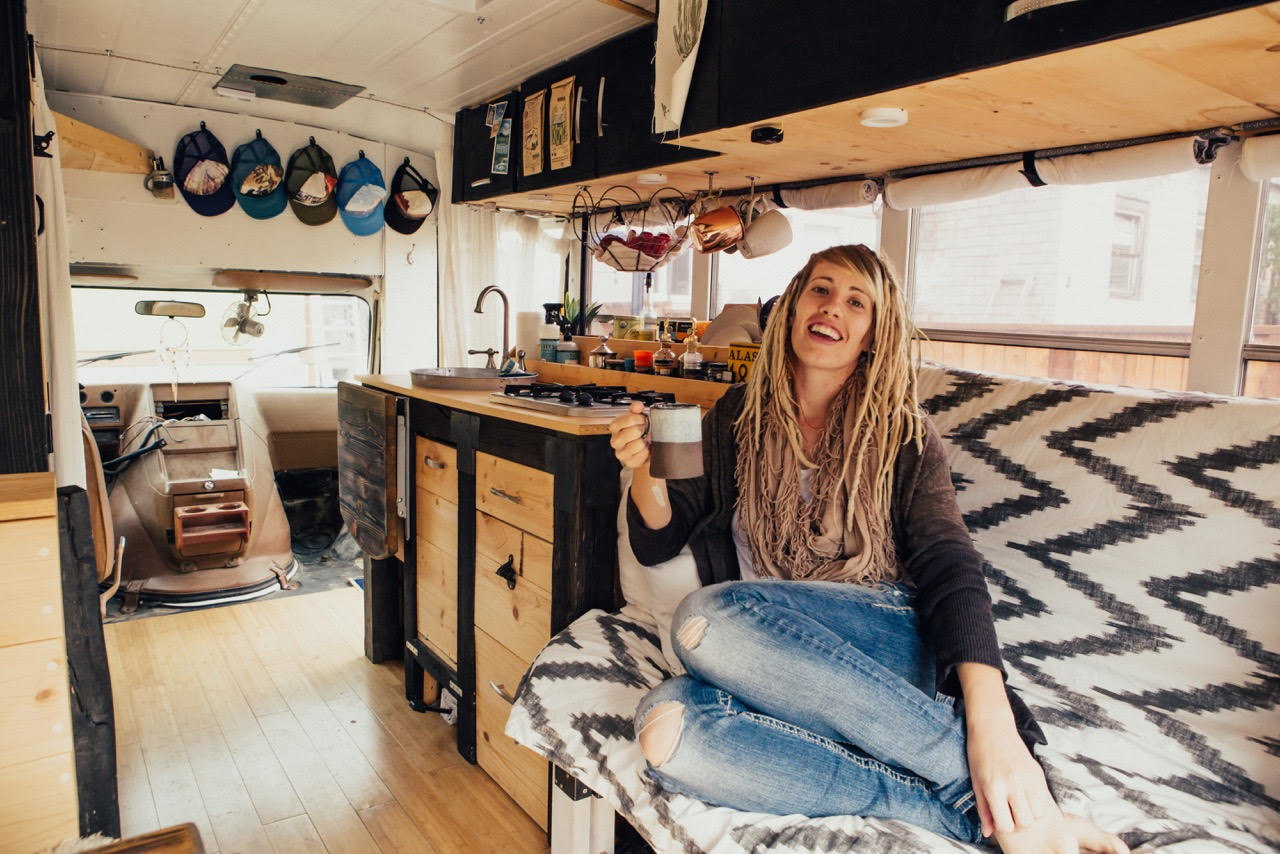 Last weekend, I spoke at the Tiny House Living Festival just outside of Portland, Oregon, and I met hundreds of like-minded people. I love seeing how the Tiny House movement is flourishing! It’s inspiring and gives me hope. The world is changing and embracing new alternatives. One new friend, Heidi Miller, really stood out to me. She is new to the movement, as she recently built and moved into her own school bus conversion!

I was flabbergasted at what Heidi was able to do with such a small space. After all, it’s only 80 square feet! The bus (or “skoolie” as they are called) is so well decorated. Her layout is open and functional, and it really feels like a home. You can tell that Heidi spent a lot of time designing and re-designing her bus. Her decor choices reminded me of my own Tiny House style, so of course, I was smitten by the space. 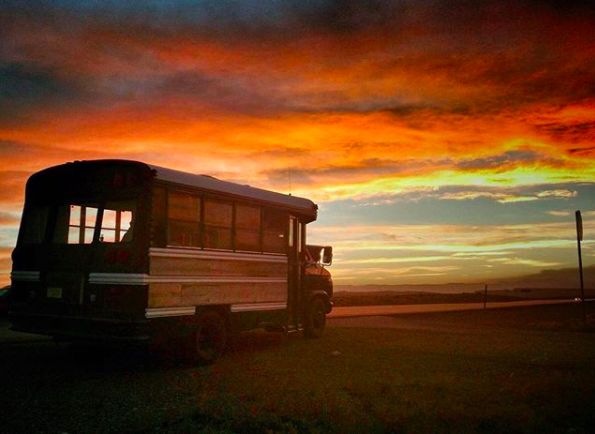 Heidi wanted a home of her own, without a mortgage. With housing costs on the rise, a school bus conversion seemed like a good alternative. So far she’s spent about $11,000 on her skoolie, including $5,000 for the purchase price of the bus. Heidi does intend on installing a shower and a solar system in the future, so she has another few thousand dollars to put into the project. Still, having a home this cute and functional for under $15,000 is a jaw-dropping accomplishment! 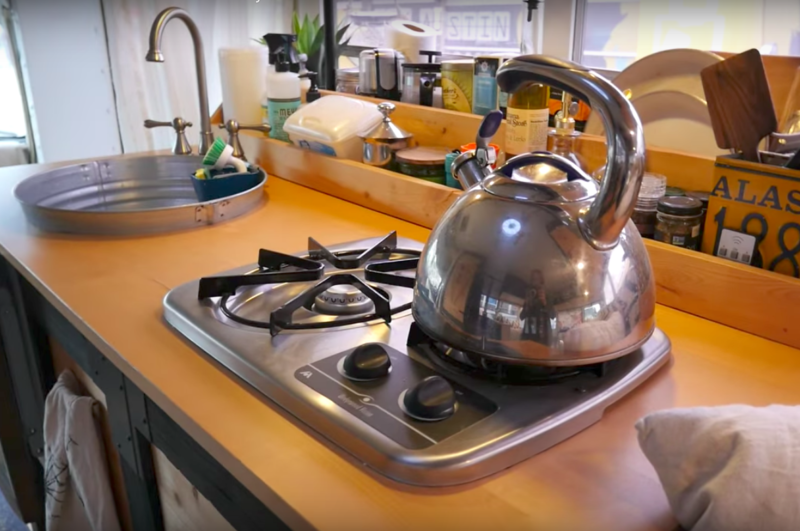 Skoolies come in all shapes and sizes. Heidi chose a short bus because it’s easier to drive and park. She also only intends on living in the space by herself or with her boyfriend (who is also a #buslifer). One of the most memorable parts of Heidi’s school bus conversion is the teeny tiny wood stove, made out of an old ammo can! It’s too adorable for words. 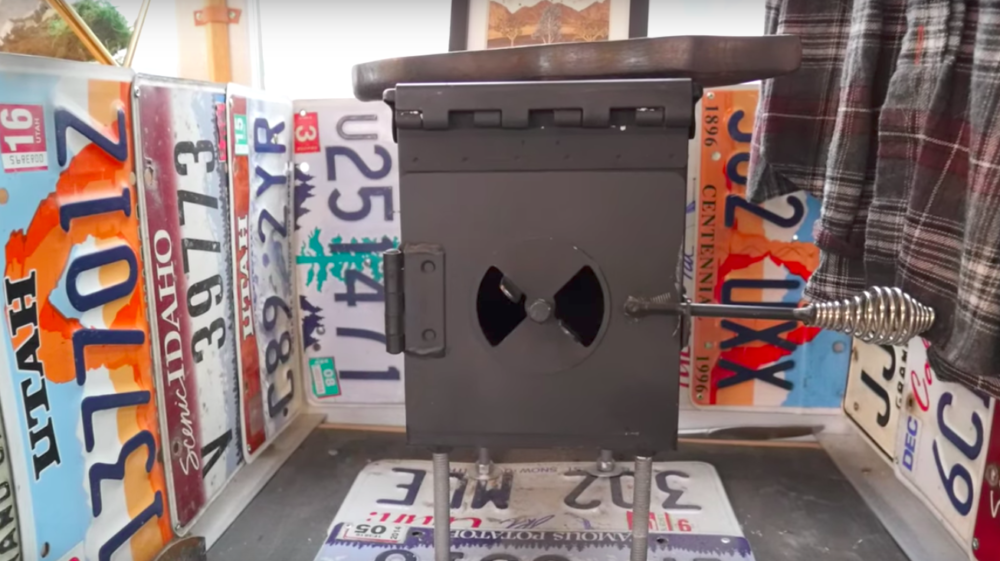 After three and a half years of working on the build, Heidi is driving her bus (which she named “Valerie) to Moab, Utah, where she will spend the winter near some of her favorite National Parks. 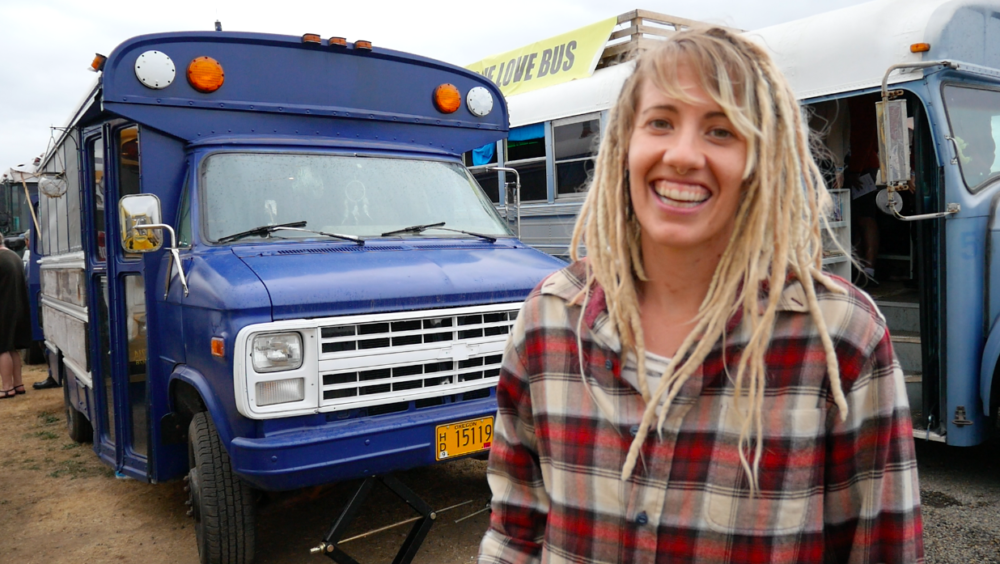 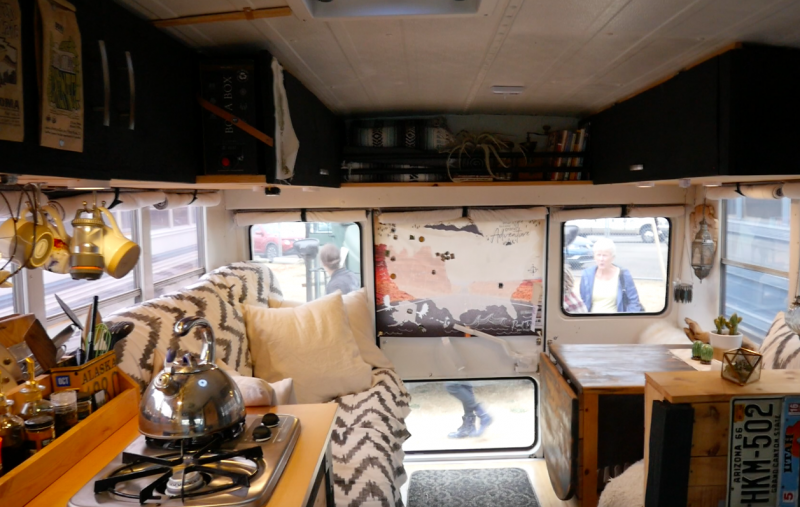 Could you live in a Skoolie?

Heidi is a graphic designer and has designed pins and patches for the National Park Service. To purchase her custom pins and pin maps, check out her website.