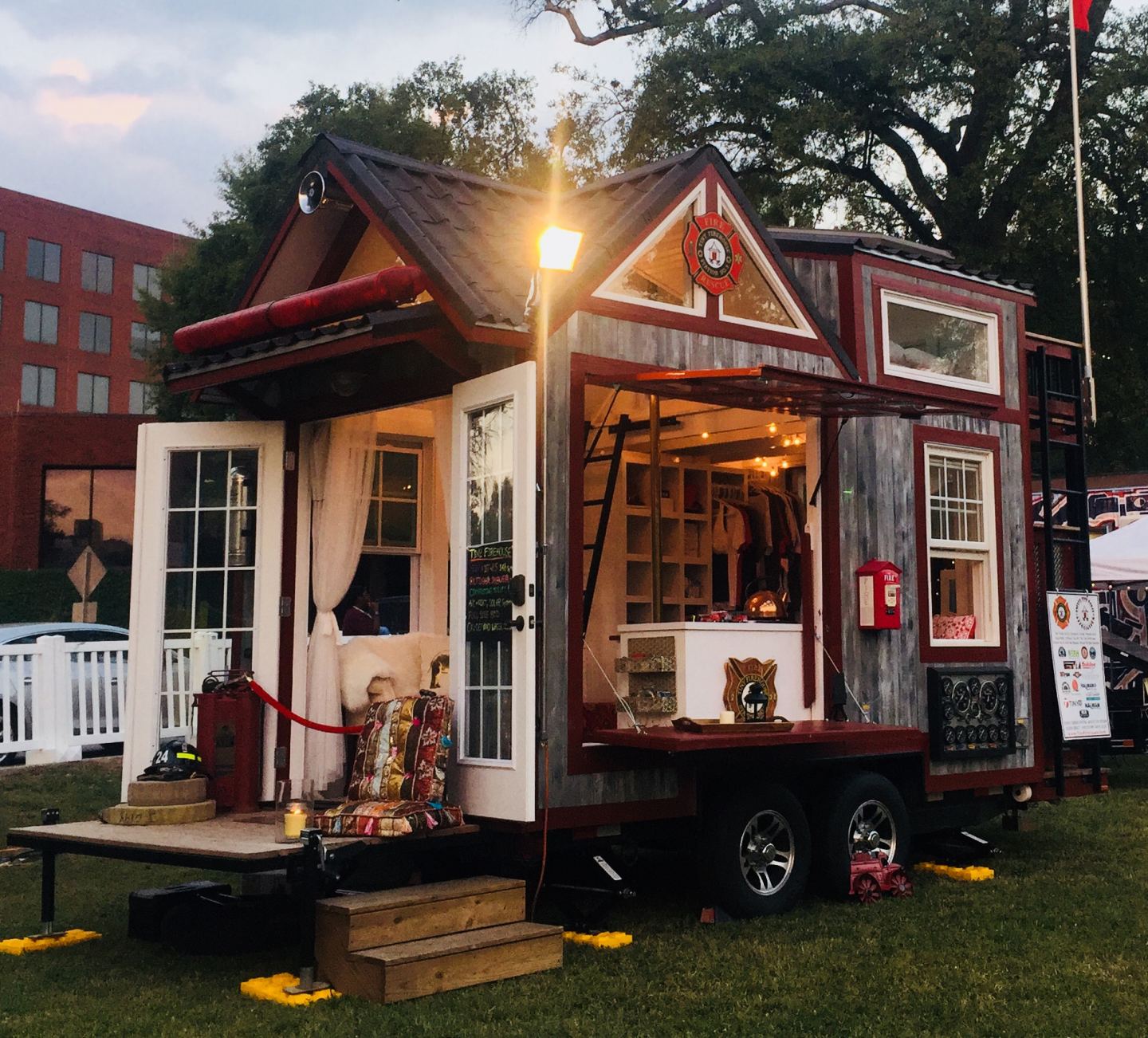 John and Fin are notorious in the Tiny House movement. Together they run several United Tiny House festivals across the country, donating all of the profits to charity. They live in off-grid Tiny House full time, and this past year they built a second, even smaller, house to use while they travel the country. What is so amazing about this space? John and Fin recycled an old fire truck to construct their beautiful Tiny Home. It actually looks like a Tiny Fire House!

Why use fire truck parts to construct a Tiny House?

John and Fin travel the country in their Tiny Fire House, using it as a tribute house to support fire safety awareness and raise funds for local fire stations. They have visited several fire stations and schools, offering tours and safety information to children. 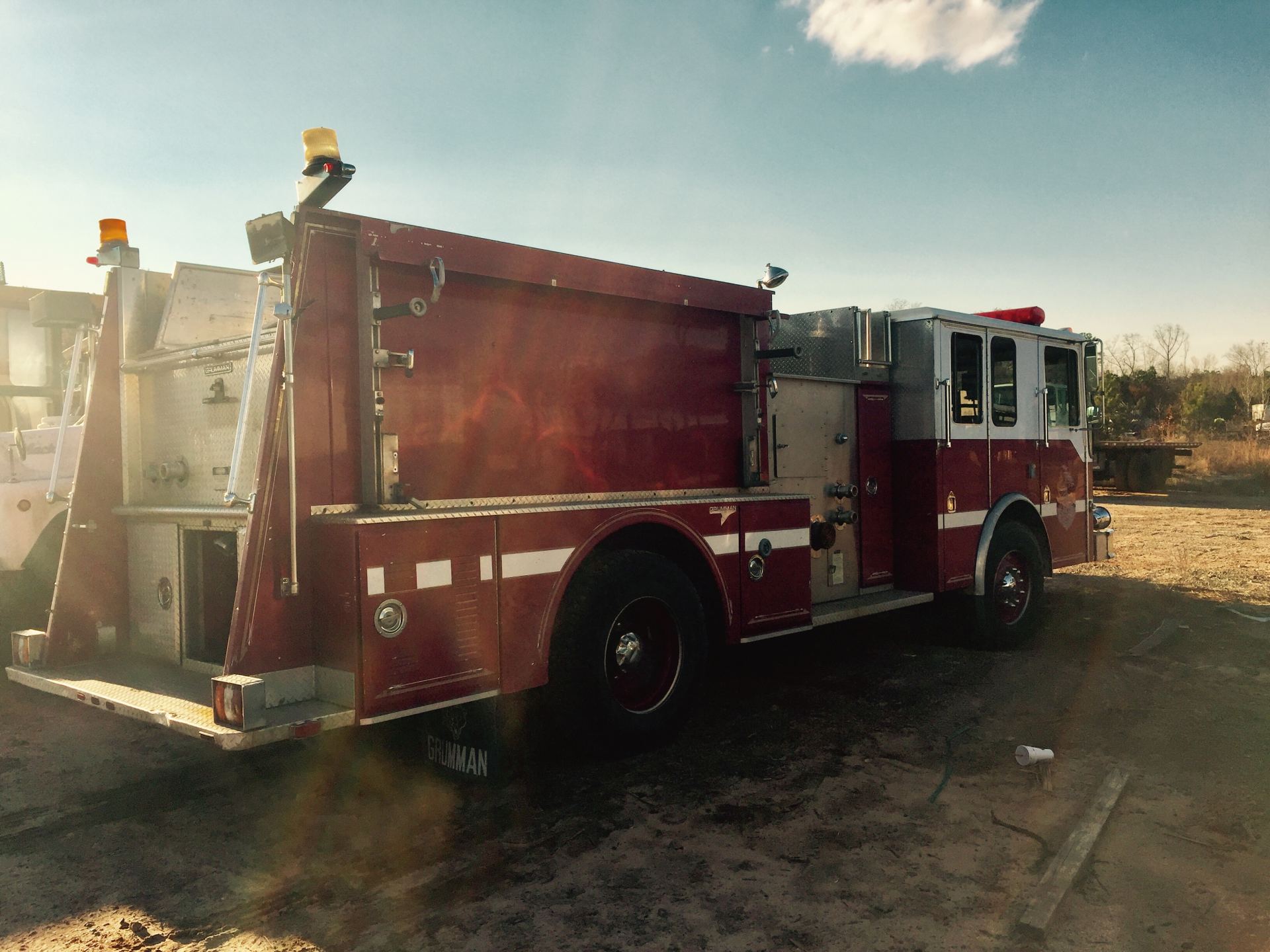 One of the many quirky items featured in John & Fin’s Tiny House is their fire pole. John explained that a real brass fire pole would be too expensive, so they came up with a creative solution. They coated a steel fence post with brass to create the same effect as a regular fire pole.

“Every Fire House has to have a pole!” – John 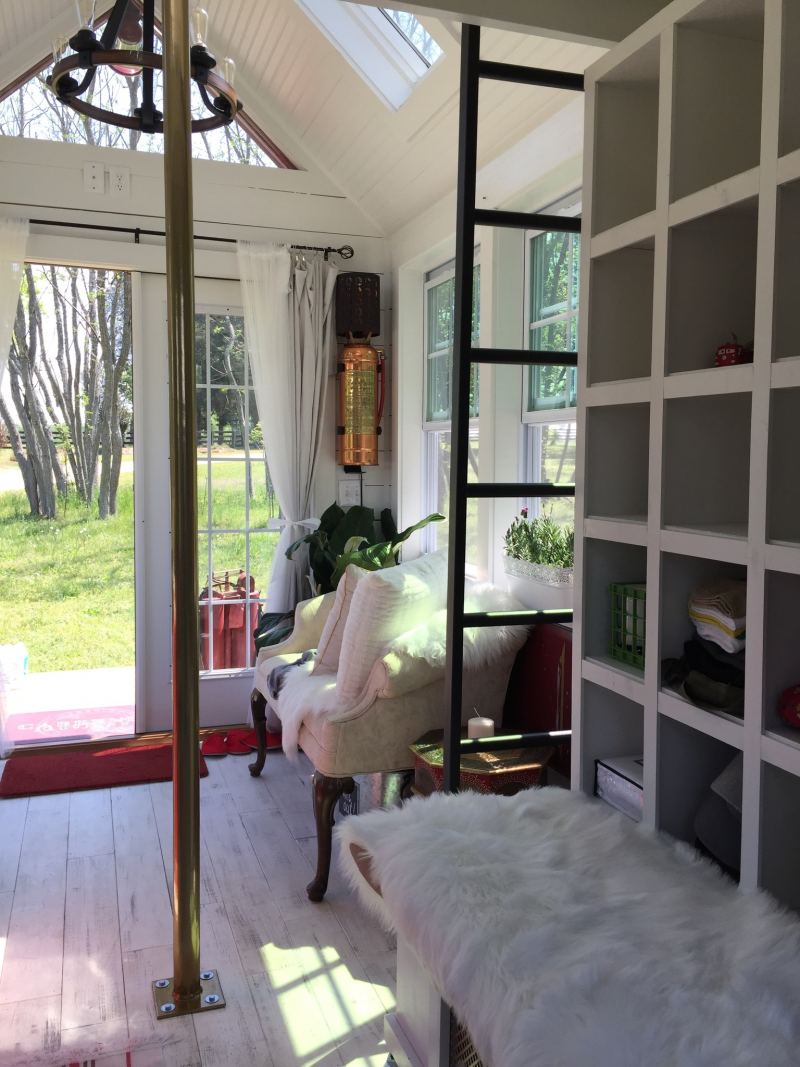 John & Fin’s Tiny House has a siren and lights, both of which were recycled from the old firetruck. These items are mostly for show, but it’s a pretty neat trick! At night, the house lights up and looks like a fire truck. 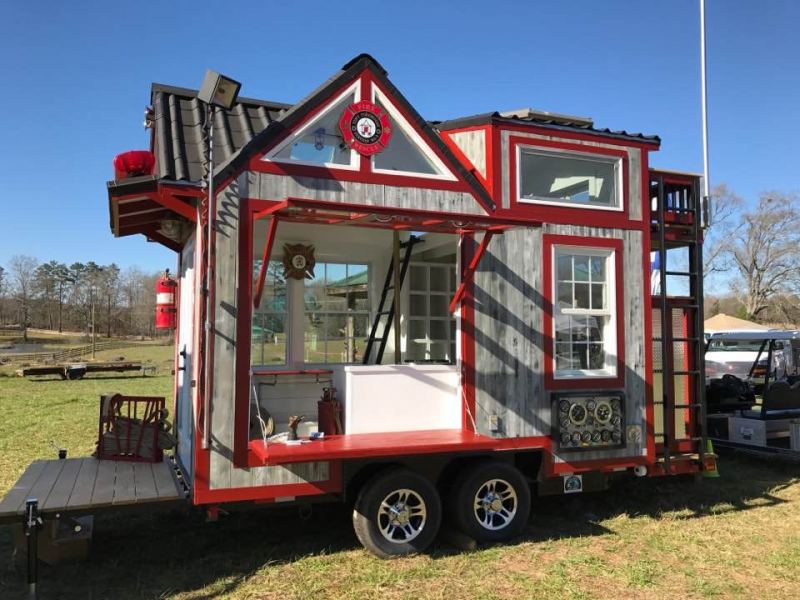 John & Fin encountered a few complications during the construction of their Tiny House, which was documented on an episode of HGTV’s “Tiny House Big Living.” One problem was that they needed to add hundreds of pounds to the front of their trailer for proper weight distribution, but how? 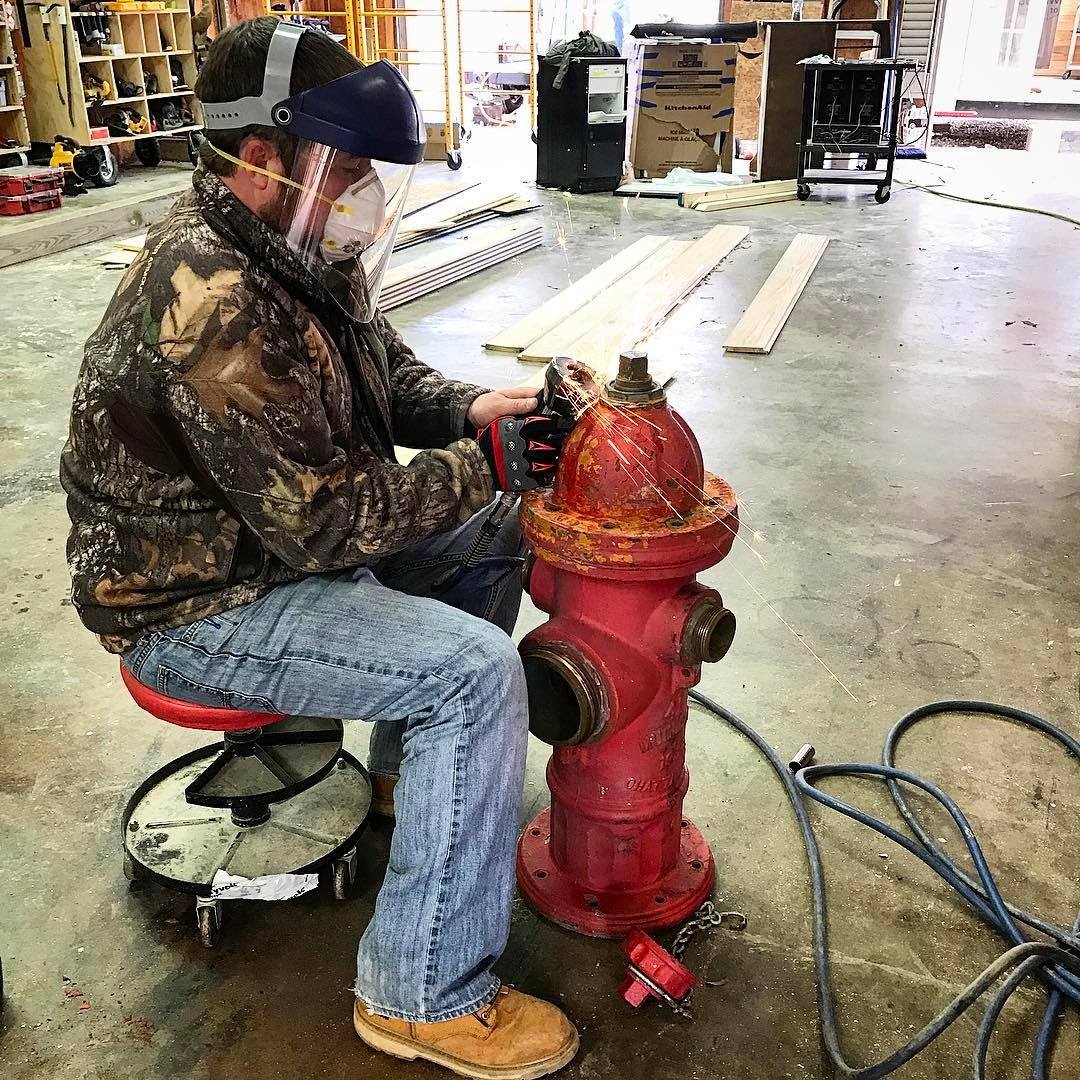 Getting creative once again, they decided to mount a fire hydrant to the tongue. Not only does it look cool, but it also has a second and third purpose! The hydrant acts as a water spigot and a crank for their tongue jack! 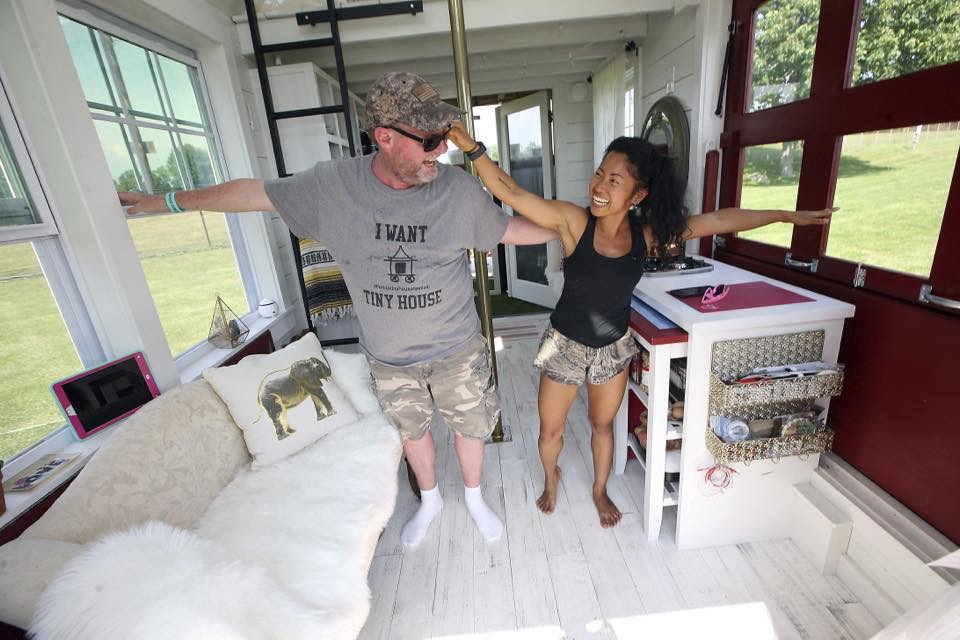 The interior of the Tiny House is a juxtaposition to the outside. Fin wanted the house to feel bright, open, and comfortable. She put a lot of thought into every detail. Plush cushions line the sofa, while three large doors open to “let the outside in.” The back deck doubles as a bathroom with an outdoor shower and composting toilet. The loft has a balcony with a fire escape. And, finally, the closet was constructed to mimic the lockers used by firefighters in a real fire house.

What do you think of this Tiny House?

*Check out this Tiny House Truck, made on the bed of an old Firetruck