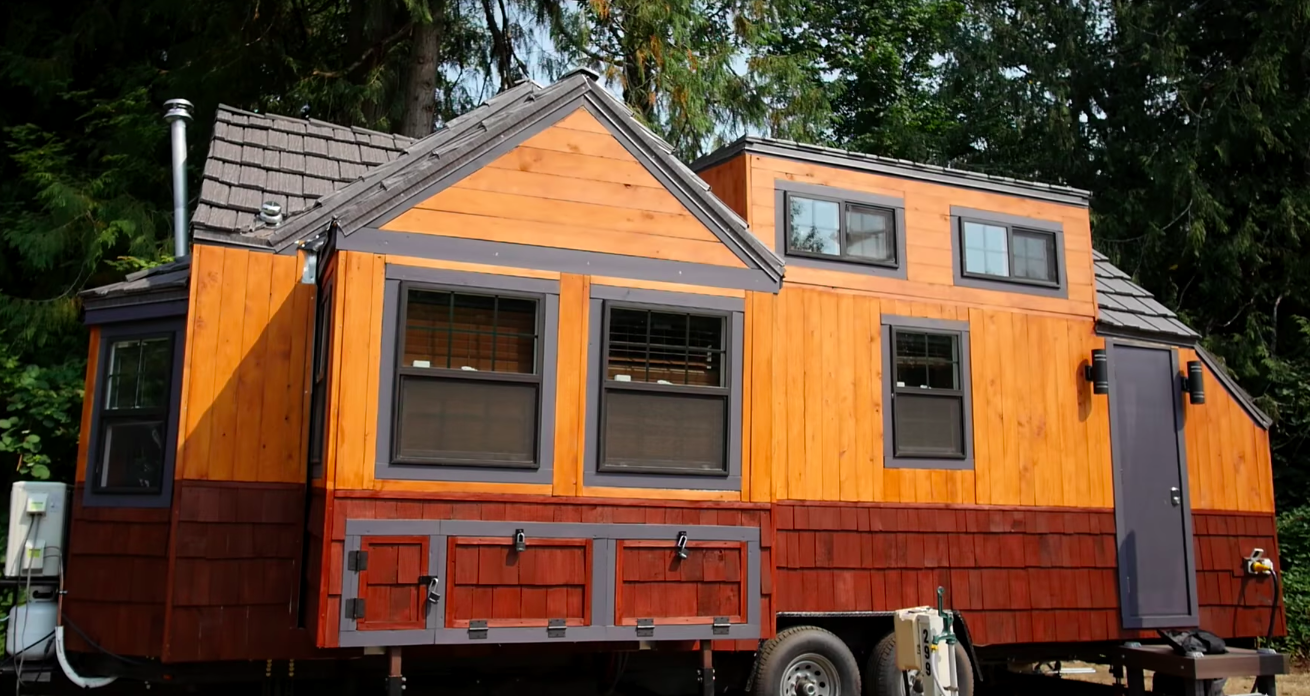 Last summer I had the pleasure of meeting Ray McCue, an engineer that wouldn’t take “no” for an answer when it comes to Tiny House design. His goal was to build himself the ideal Tiny Home for retirement. For Ray, that meant creating a functional downstairs sleeping space that wouldn’t take up the entire house. In order to achieve this, Ray did the unthinkable. He made a Tiny House with slideouts that have a gable roofline!

“I wanted the house to look like a house, not an RV.” – Ray McCue, explaining why it was important to have slideouts with gable rooflines.

The mechanics of creating gable slideouts are difficult because of several factors: 1). Adding gables will make the (already heavy) slideout more difficult to operate 2). Gables are more difficult to build than a traditional box slideout, and 3). Waterproofing and sealing the slideout is more difficult. But, as a life-long engineer, Ray rose to the challenge. He spent two years designing and building before he completed his vision. In the summer of 2017, he finally moved in and now parks at Mt. Hood Tiny House village. 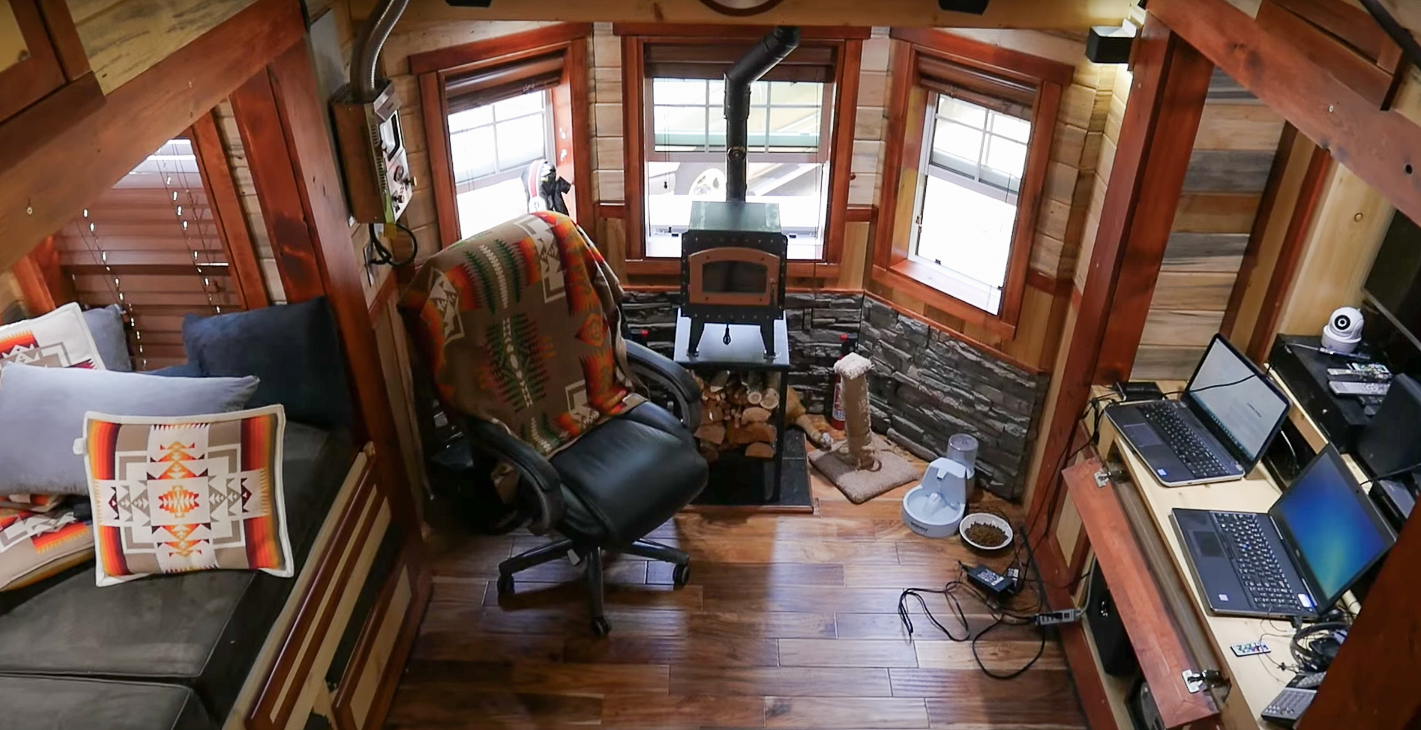 How does Ray use his Tiny House slideouts?

Like all brilliant ideas in Tiny House design, Ray’s slideouts have multiple purposes. One slideout serves as his office, entertainment center, and it even houses a slideout dining room table. The other acts as a couch and, in the evening, it converts into a full-size bed via a few extra sliding mechanisms. The outside of each slideout has multiple functions as well. One serves as a place for Ray’s barbecue and the other is storage for his solar batteries! 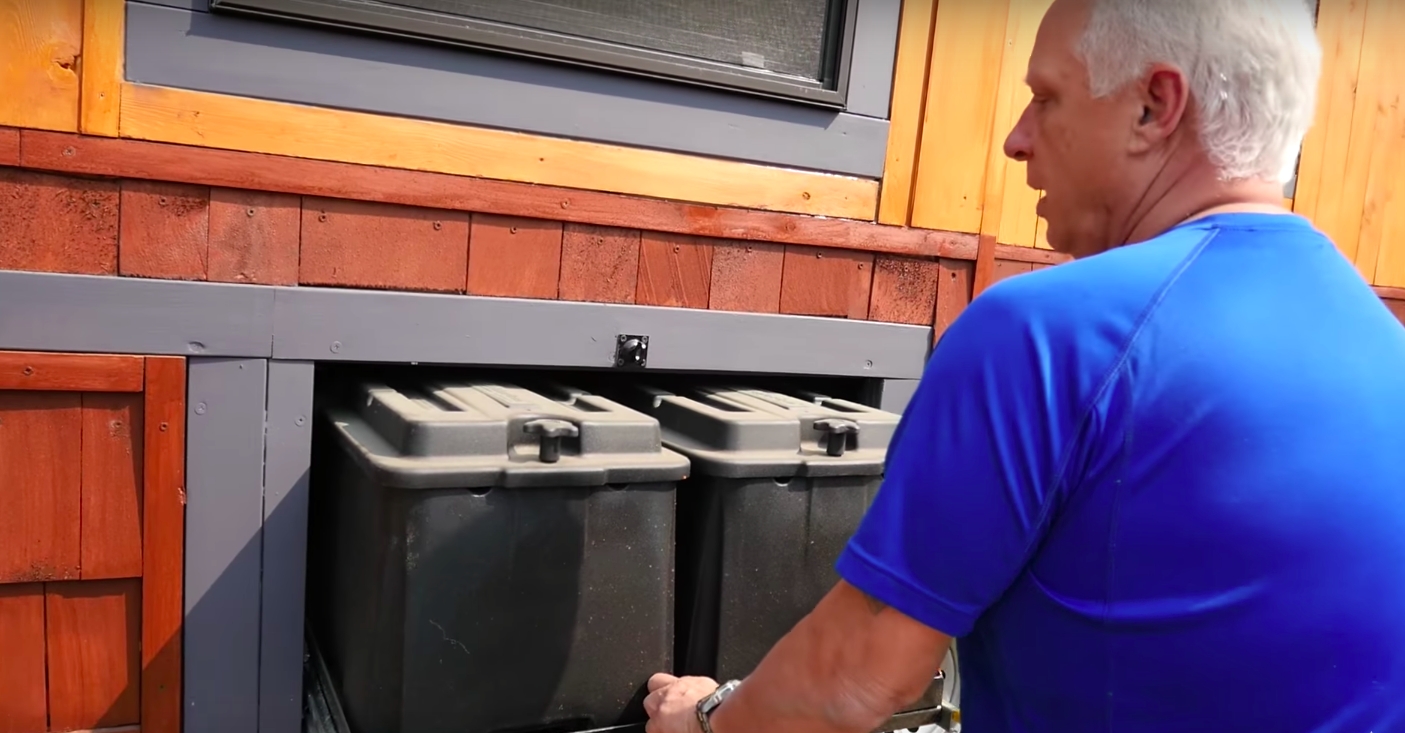 Why did Ray go Tiny?

Like many people in their 50s and 60s, Ray was looking at his retirement and he realized that he didn’t have enough savings to support himself in the lifestyle that he wanted. Then, he had a heart attack. “It (the heart attack) really woke me up,” Ray explains. After reanalyzing what he felt really matter in life, Ray began downsizing. 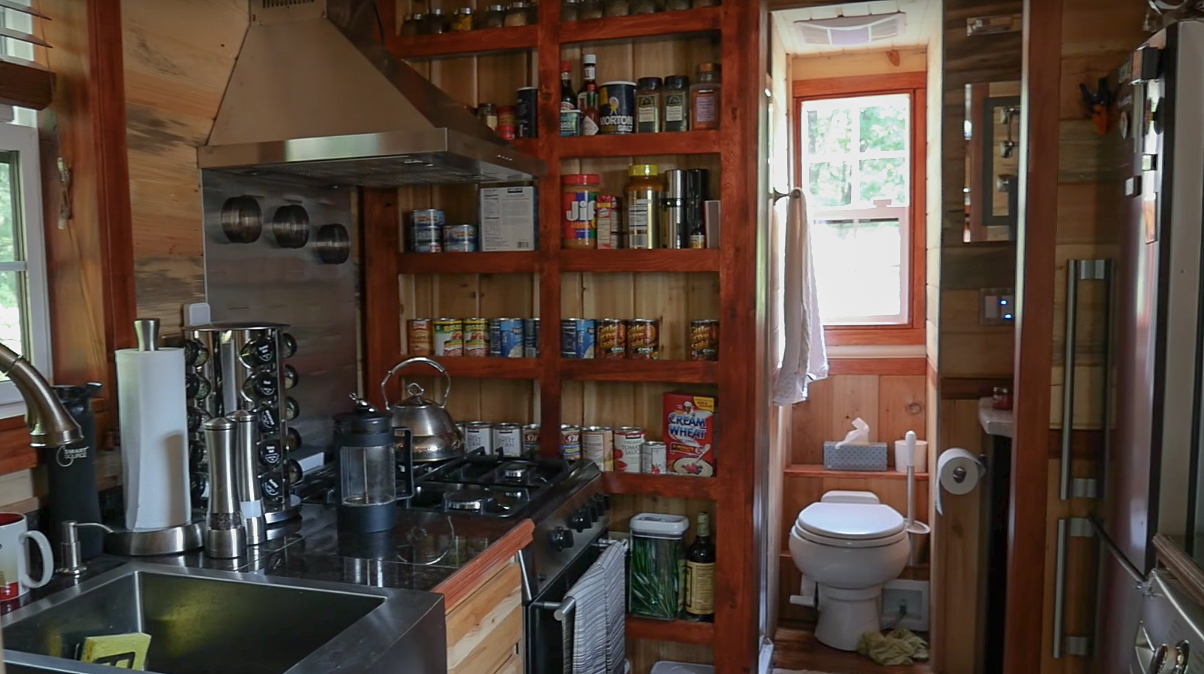 Ray plans on living in this Tiny House the rest of his life, so he didn’t skimp on any of the amenities. And, after selling his house, he could afford extra luxuries that he didn’t have before. Below you’ll find a list of just some of the incredible appliances and space-saving techniques he implemented into his design.