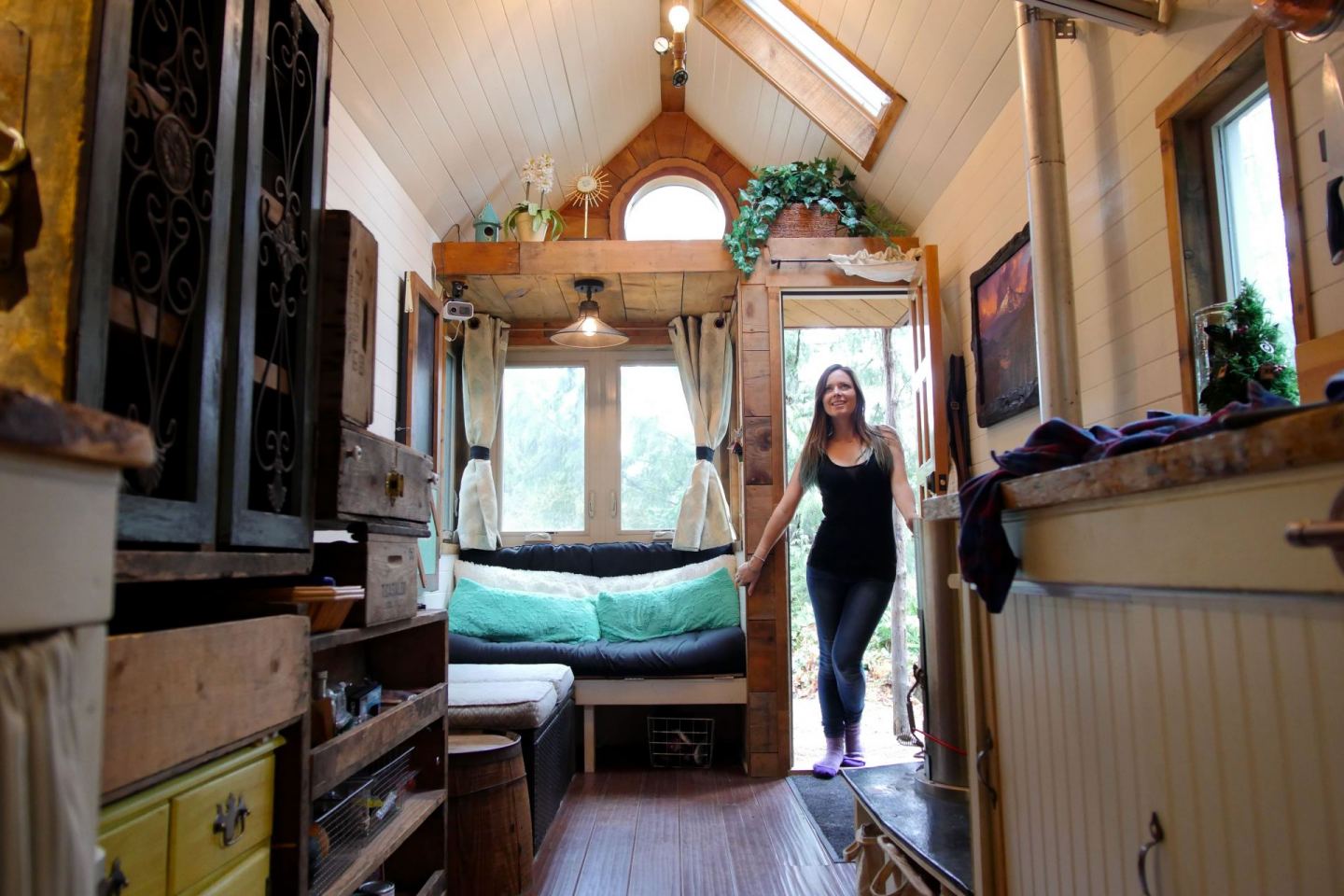 When a certain lifestyle becomes popular, and everyone starts wanting “in,” the sudden popularity can kill the entire movement. Sometimes I wonder: Can the Tiny House movement sustain this growth?

Prior to the birth of the manufactured RV in 1910, the first unofficial RVs were homemade. These units were custom built pieces of art, made by regular people. I imagine the first RVs were very similar to the first Tiny Houses on wheels. Neighbors and friends must have noticed these cozy homemade RVs. Some of them may have even been inspired to make their own. Then, one day, a savvy businessman began building and marketing his own design, and people bought them. It was a successful business.

Over the years, RVs became more standardized. Customizations are now unheard of, or very expensive. Regulations have been put in place, discouraging DIYers from building their own models. Businesses, who have lost touch with the soul of the RV movement, started mass producing units for cheaper and cheaper, but selling them for the same price or more. Quantity, and manufacturability, is more important than quality for most RV manufacturers. Now, there are so many RVs in the world, they are no longer special.

So, I wonder, are there too many Tiny Houses?

I’m torn. As a Tiny House owner, I love that others are embracing the movement. I don’t mind when people buy a Tiny House from a builder or Tiny House company. I don’t mind that there are more and more builders starting businesses. Most of these small businesses have something new and interesting to bring to the movement. What does make my stomach turn is the mass-manufacturing and the forgoing of customizations. Some companies are doing this to save on overhead and to expedite the construction process. But I see this as the beginning of the end…

Before we all know it, “Tiny House parts” will be manufactured in China and Tiny House models will be displayed for sale at big box hardware stores. If something breaks in your Tiny Home, there will be Tiny House repair shops with specific Tiny House mechanics to fix it. Tiny House villages will look like cookie cutter neighborhoods. And, worst of all, there will be more regulations which will only hurt small businesses and DIYers. Eventually there will only be a handful of models and designs you can purchase.

The Tiny House movement could be over soon.

I’ve heard some of my fellow Tiny House friends mention that the bubble is about to burst. One former business savvy individual predicts this will happen in about two years. What will I do then? Will my homemade Tiny House be grandfathered-in or condemned? I don’t know.

Some people have even told me to post my Tiny House for sale while the market is still on an upswing. But, whatever happens in two years or ten years, I don’t think I can ever walk away from my home. I just hope that no one will try to take it from me.

What are your thoughts on the state of the Tiny House movement?