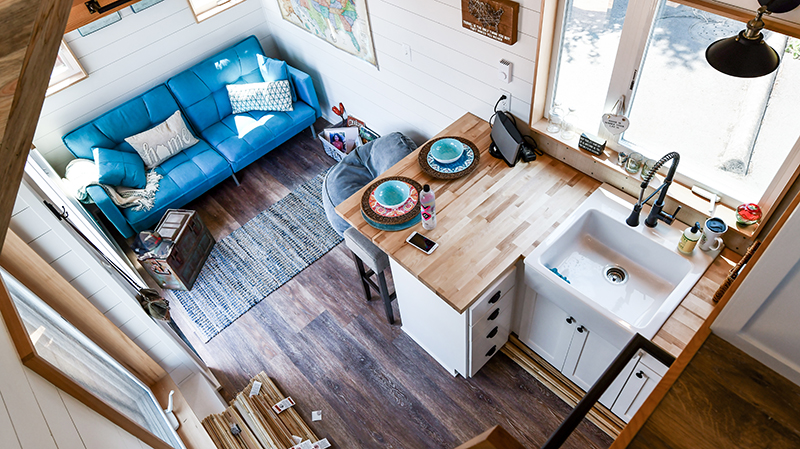 Shannon Reece spent 22 years working in law enforcement in Southern California. She raised two boys, and after they grew up, she moved into an apartment in Huntington Beach. After suffering from several traumas on the job, she was offered early retirement and a medical pension. Now, in her mid-40s, Shannon has found herself at a crossroads. What should she do now?

For several years, Shannon had been watching Tiny House shows on television and daydreaming about one day hitting the road with her own home on wheels. After retiring unexpectedly early, Shannon began searching for the perfect design and found it at TruForm Tiny. After paying for the home to be built (cost was a little more than $80k) and buying a used truck, Shannon made the trip from California to Oregon to pick up her new Tiny Home. 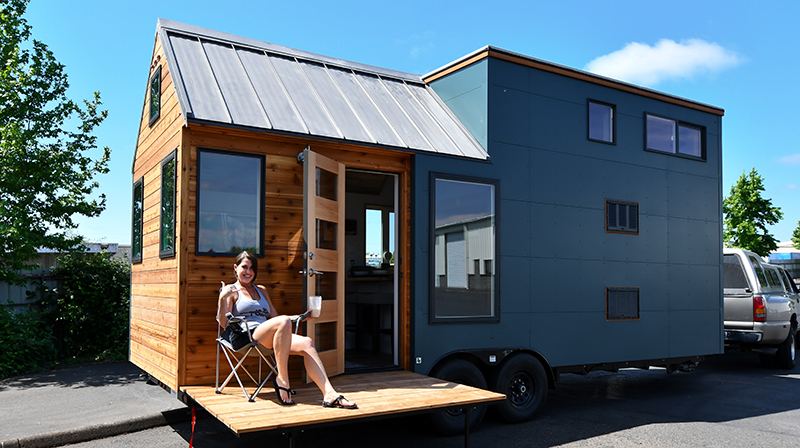 On Memorial weekend, just a few days after picking up her Tiny Home, Shannon found herself trying to unhitch at Mt. Hood Tiny House Village. She stood staring at the sway bar and wondering how to detach it. That’s when I walked by with my dog and boyfriend.

“Is this your Tiny House?” I asked. I’m always excited when I see another Tiny House in the RV park.

“What…” I mumbled, and then I realized she was asking my boyfriend.

Nabil sauntered over and helped Shannon remove her sway bar. A short while later, I was getting the grand tour of Shannon’s new home. It’s such a small world (pun intended)!

Later that night we all shared beers around the fire and played giant Jenga (yes, she owns a giant Jenga). Hey, you can’t downsize everything!

Shannon told me she was pretty nervous about towing her Tiny House. I don’t blame her, it’s intimidating. I gave her a few tips, but I know she’ll be okay. She’s a no-bullshit-type-of-lady and seems stubborn enough to not give up on her dream! Already she’s made the mistake of filling her diesel truck with regular gas. Whoops! That was a $700 lesson she learned the hard way. But that’s okay, because, in my experience… 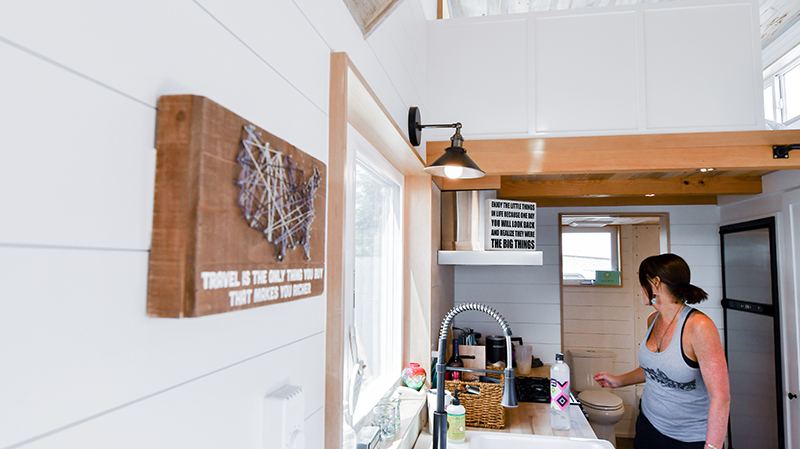 Every good trip has at least one bump in the road.

After all, on my maiden Tiny House voyage my house became detached from the truck! In the year that followed, we dealt with flat tires, broken welds, and so many other mishaps. It’s all part of the journey!