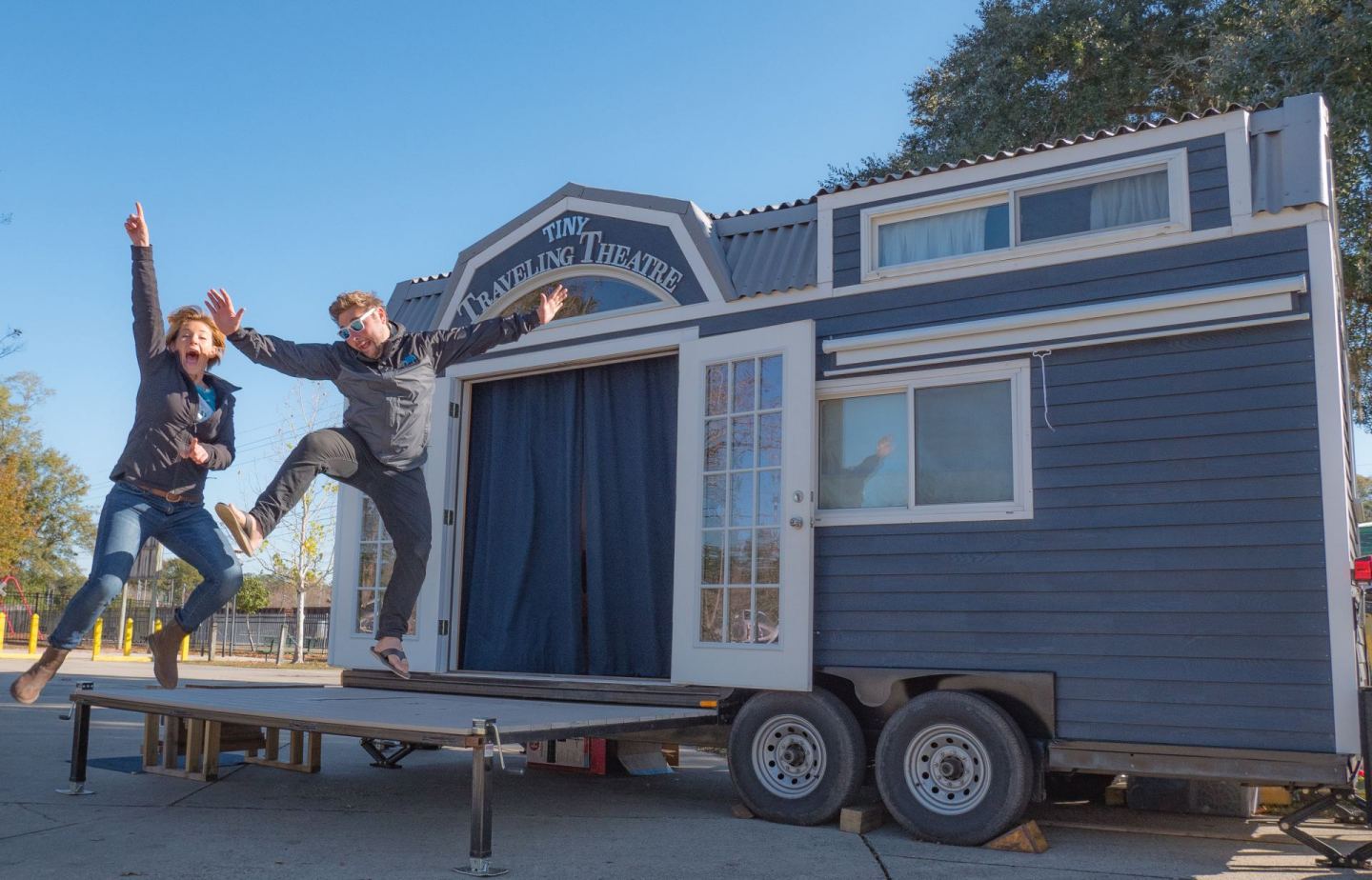 A few years ago, two followers of this blog asked if I would give them some advice. They had an idea to build a Tiny House that transformed into a traveling theater, but they weren’t exactly sure how to pull it off. I remember giggling through most of the skype brainstorm session, elated by the challenge. This is how I first met Jesse and Nora.

I wasn’t sure if they would actually follow through with their dream. I often wonder about the people who comment and reach out on my blog. Do they live tiny now? Luckily I was able to watch Jesse and Nora’s journey evolve on social media and, eventually, I saw the finished project in person. I shot a video tour of their home so that I could share this creative space with all of you! Hopefully, it inspires more of my followers to achieve their dream of going tiny.

As theater and film professionals, Jesse and Nora hope to use their Tiny Traveling Theater as a way to perform on the road. They plan to visit areas in need throughout the United States, such as places recently hit by a natural disaster, to spread some cheer and inspire hope. Some of the creative ways they have already used their mobile stage include hosting inspirational speeches, outdoor movie nights, musical performances, and puppet shows! 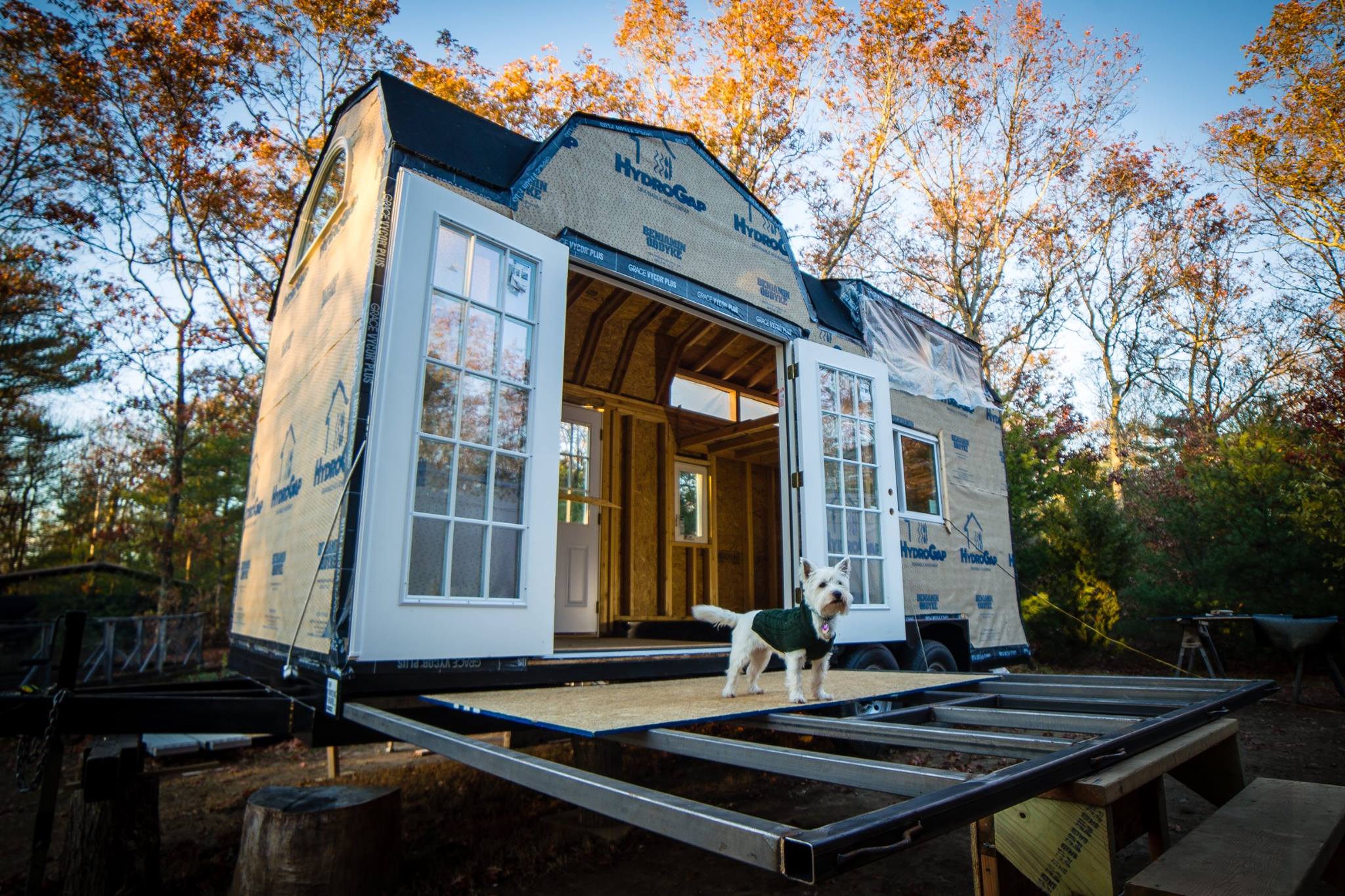 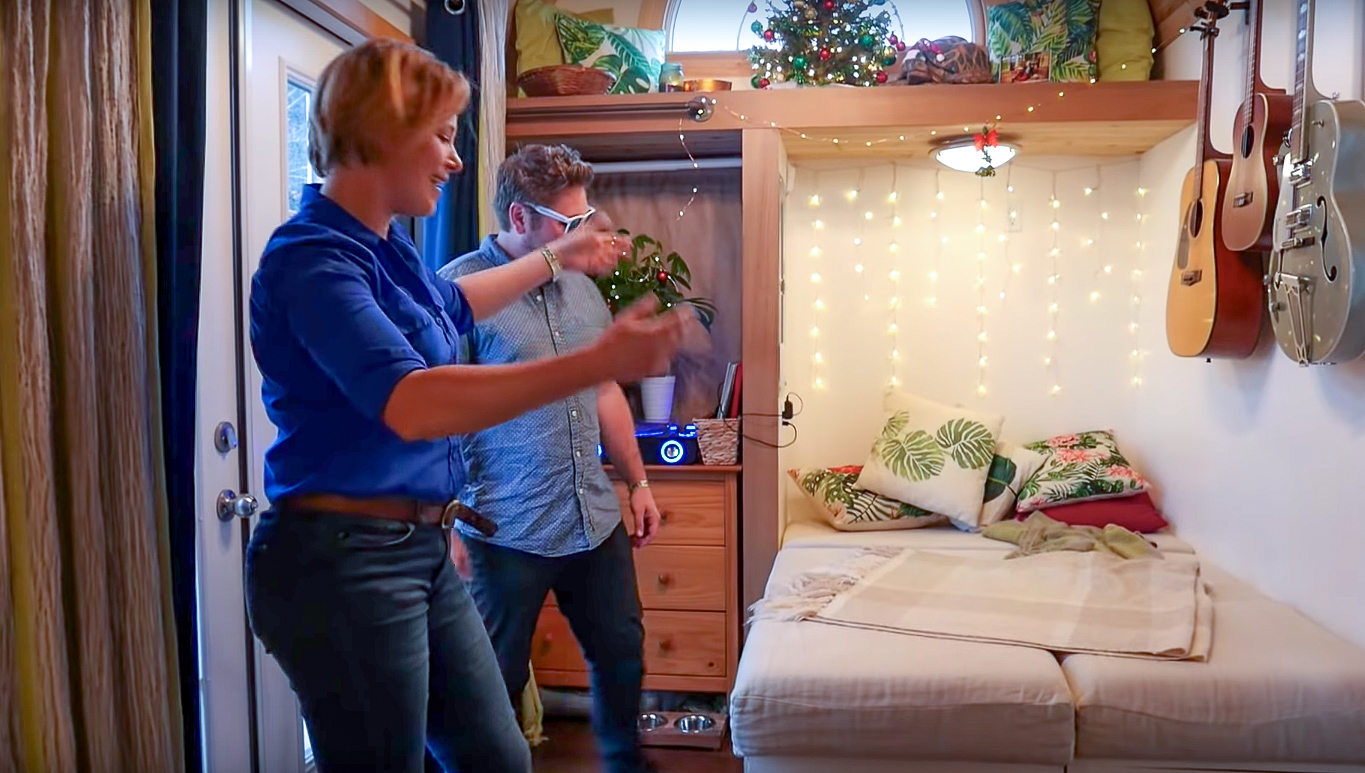 Jesse and Nora’s house looks and feels a lot like my own Tiny Home, which makes me feel quite honored! Only, their home is new and improved (probably because I aired all of my mistakes to them). They’ve now been traveling with their Tiny Traveling Theater for several months, attending festivals and using their stage for performances. I’m so happy to see them thriving! 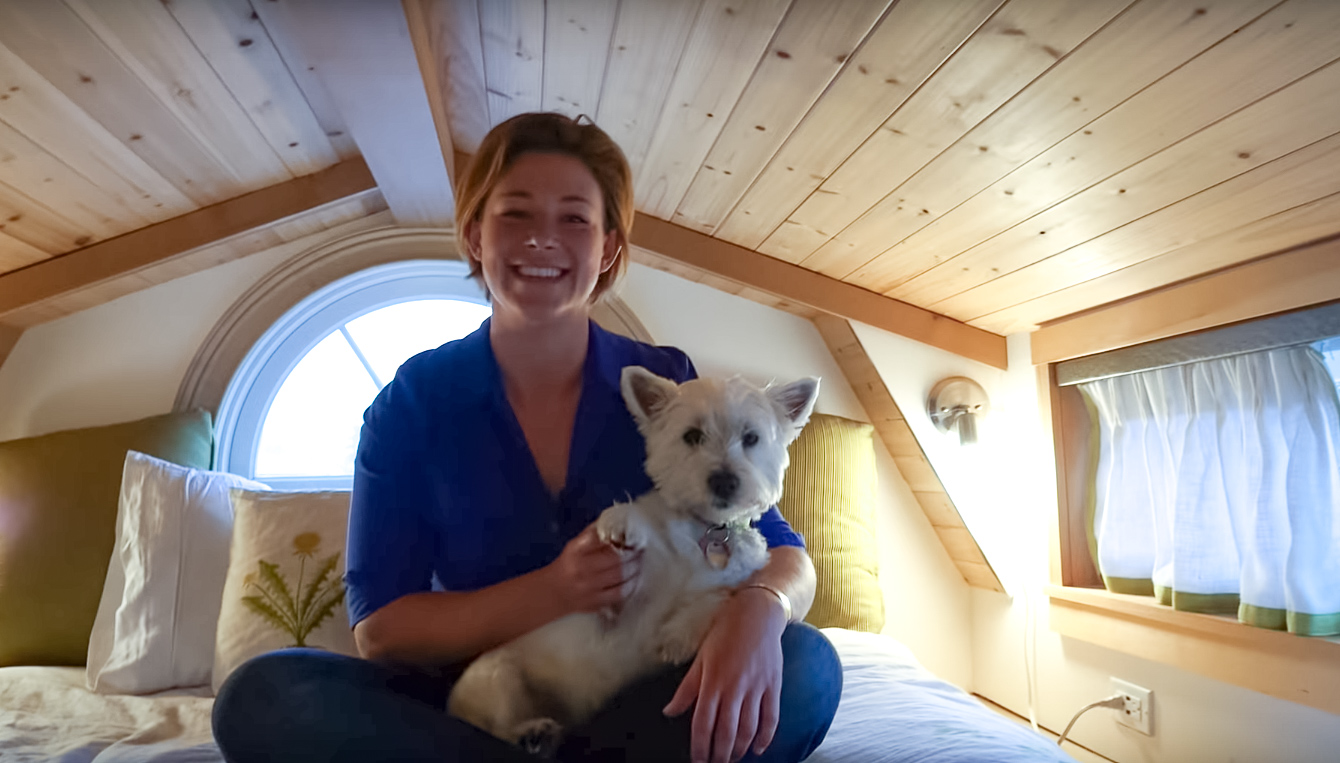 Share the Creative Ways You Would Use Your Tiny Home