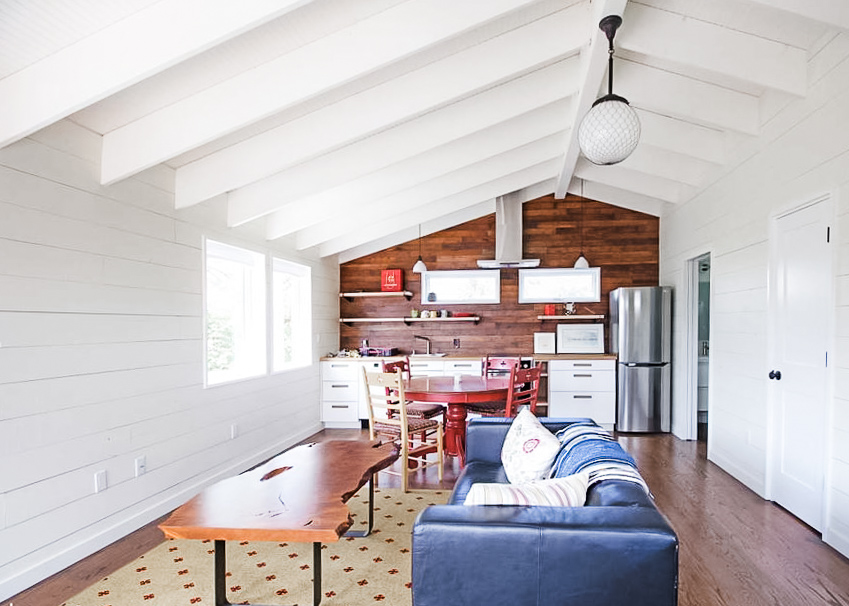 Backyard cottages have been around for quite a while, but they have always intrigued me. I like the way they can be used for multiple purposes. You can live in them full time (in some cities at least), rent it out for extra income, or use them as a mother-in-law suite or guest house, just to name a few. Financially speaking, I think building a backyard cottage is an incredibly smart investment.

Seattle, Washington, is where I call home. I live in a 500 square foot cottage in the city with my fiance (my Tiny House is parked on Whidbey Island just one hour away). He bought it before we met, for a great price. Since then, the price of housing in the city has skyrocketed. The value of his home has doubled in just a few years! According to the Seattle Times, Seattle is now the third most expensive city in the United States to buy a house – after San Francisco and San Jose. The current median home asking price is just shy of $700,000. So, it’s no wonder that people are searching for alternatives. 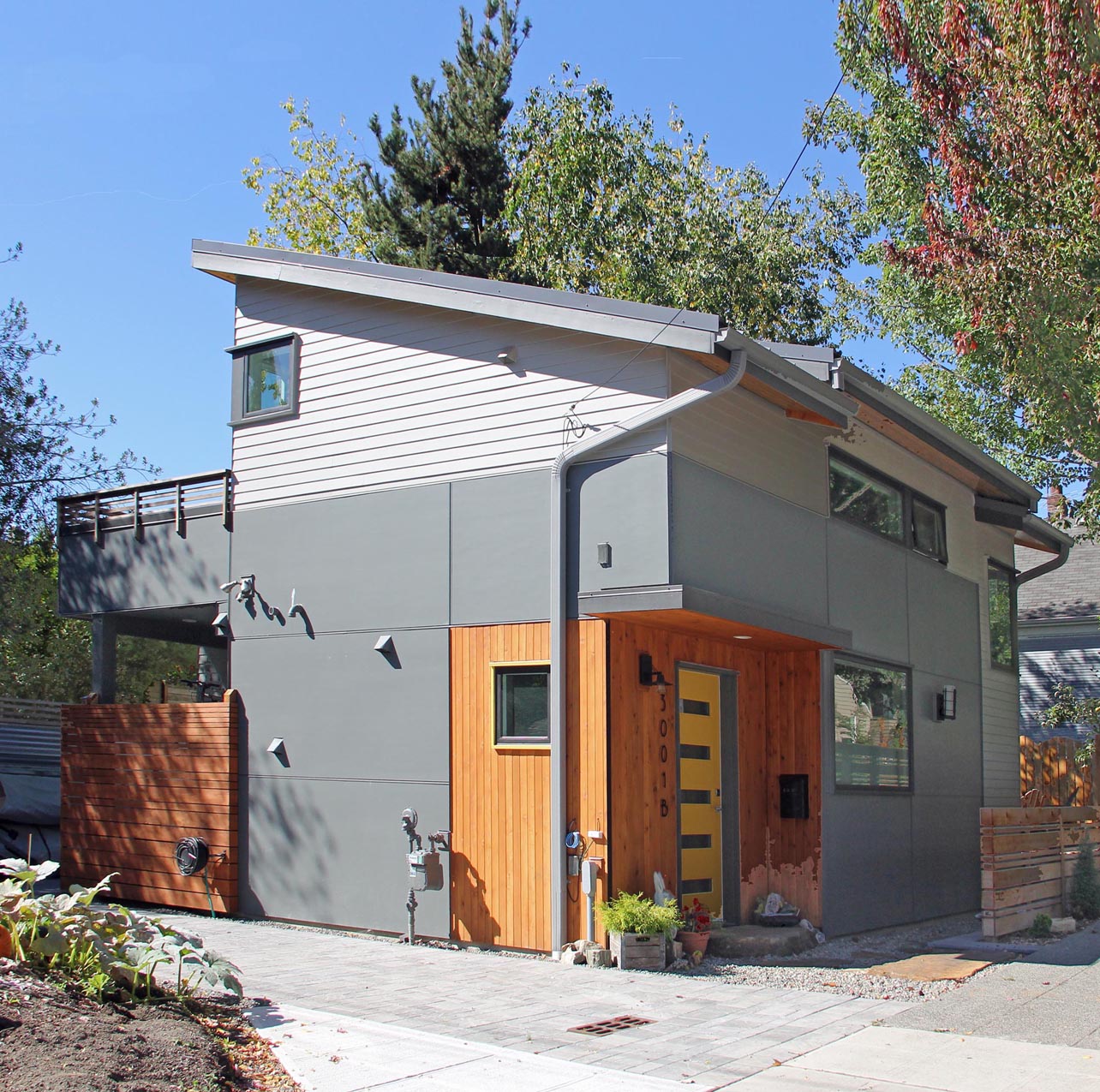 While researching the housing market in Seattle, I came across an architect, Bruce Parker, who specializes in building backyard cottages in the city. I was impressed by his designs, each of them unique and personalized to the owner. He introduced me to one of his clients – Paul and Caroline – who recently built one of his 400 square foot designs in their backyard in the Fremont neighborhood (which is one of the most popular neighborhoods in Seattle).

This backyard cottage cost Paul and Caroline $75,000 to build, mostly because Paul did a lot of the labor himself. After it was complete, they moved into the cottage and started renting out their big house to help cover their mortgage payment. Through this choice to downsize and invest in a small backyard home, Paul and Caroline have increased their property value by a few hundred thousand dollars! Would you do the same if given a chance? 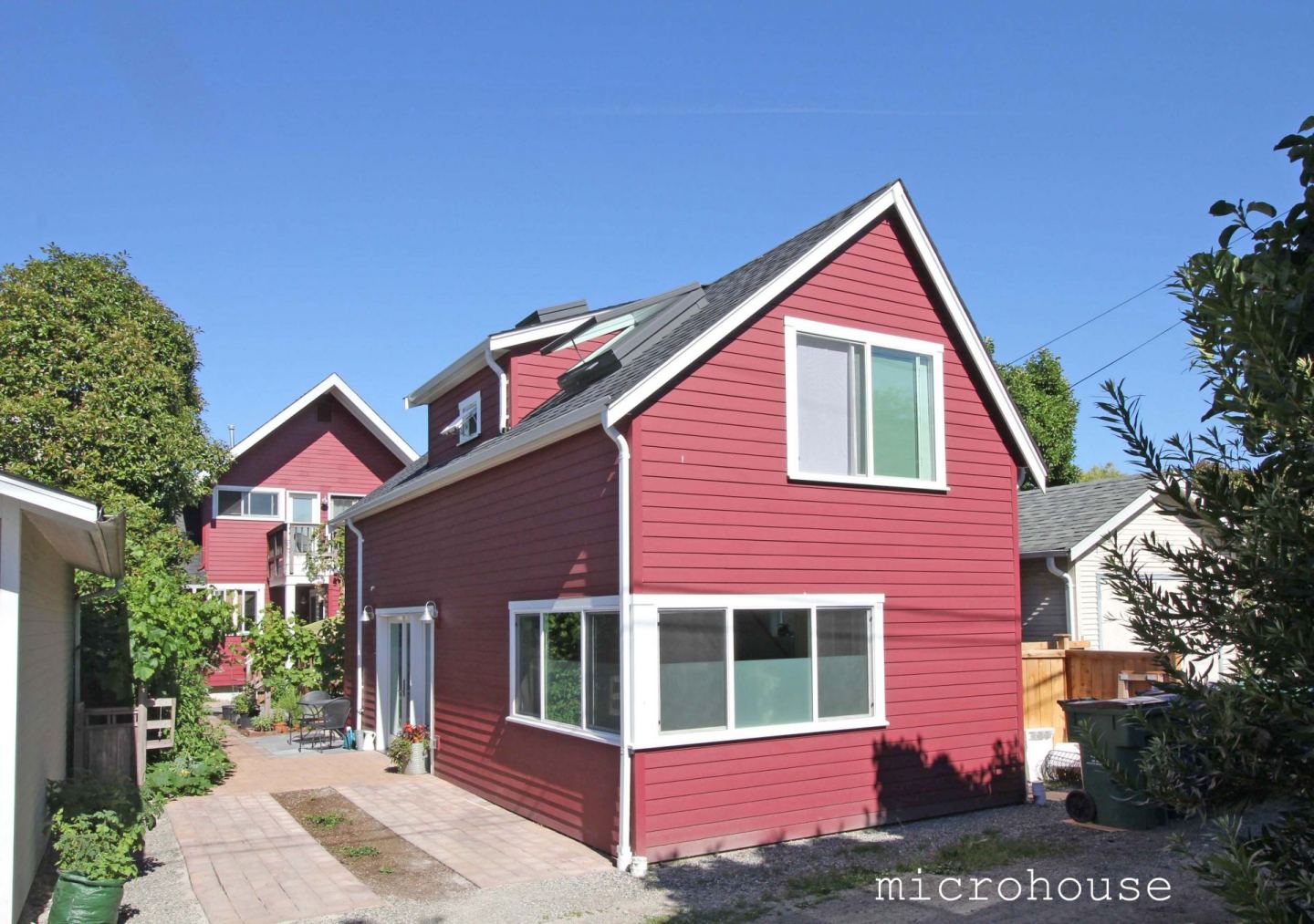 According to Bruce, the average backyard cottage in Seattle is built for around $200,000-$300,000. This seemingly large price tag is due to increased construction costs and “getting off the ground” costs. The city has put certain restrictions on backyard cottages, but they are discussing easing up on the code in order to encourage more construction. So, the initial investment for a backyard cottage is high, but these small homes are still less expensive than the average home in the city, which would cost you twice as much (if not more). “(Backyard cottages) are not really affordable housing,” Bruce tells us. “It’s a form of additional housing, especially for families.”

In my opinion, the city of Seattle should absolutely re-write their code to allow for more backyard cottages. These small dwellings are helping to increase density in a city that desperately needs more affordable housing. Backyard cottages are also helping families to create communities on their own properties – such as providing a more affordable housing alternative for their loved ones (such as a grandparent or college student). I also love how these cottages morph over time, being utilized differently as the owner needs. It goes right along with my personal mantra for the tiny house movement “let your home work for you, not the other way around.”

Do you think building a backyard cottage on your property is a good investment?

*All photos for this article and YouTube videos were provided with permission by mircohousenw.com