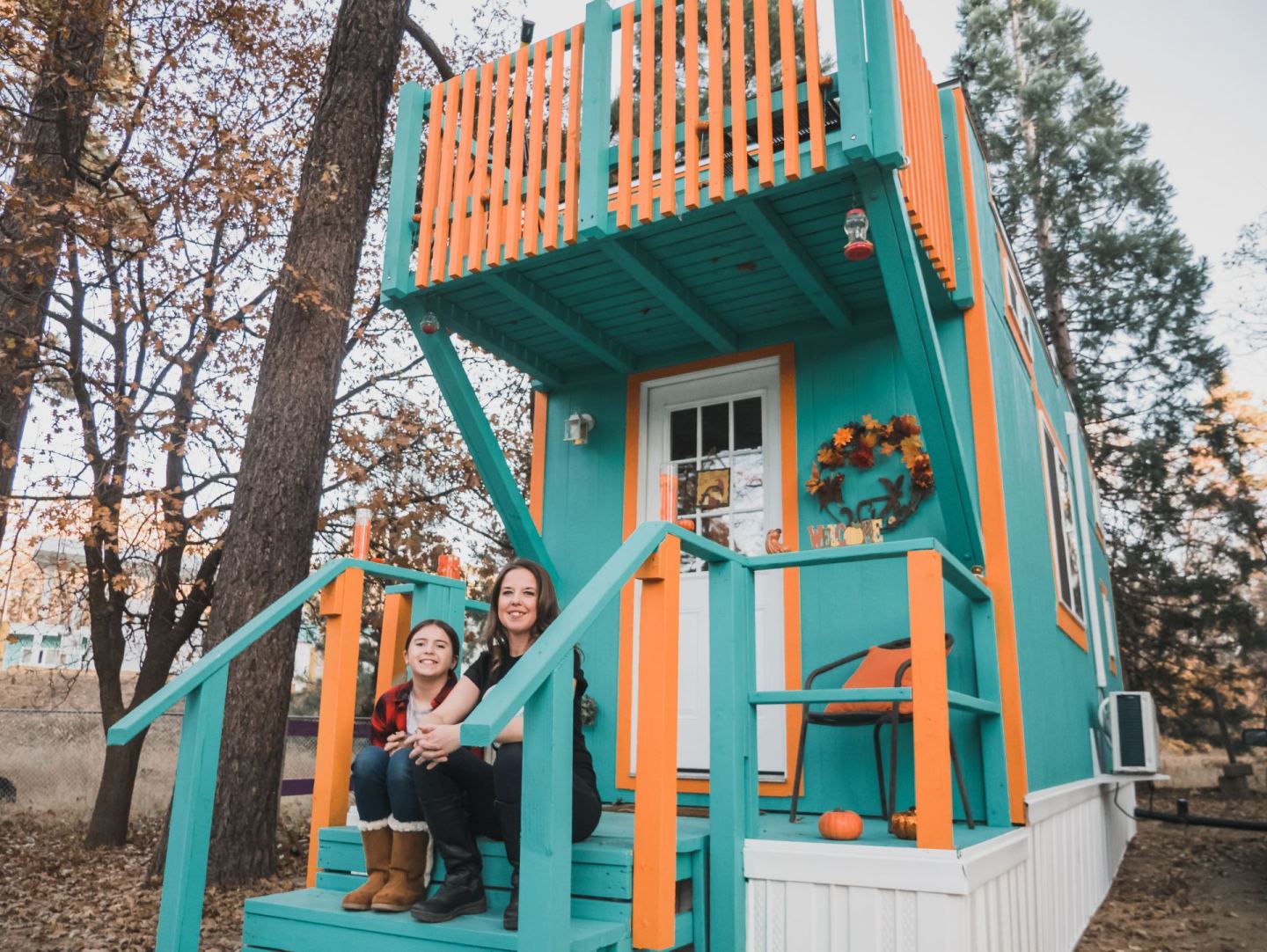 It may come as a surprise to you, but unlike #vanlife, the Tiny House movement is dominated by female owners! Why do Tiny Homes appeal to women? Well, it’s a matter of opinion, but I think the popularity is due to the fact that Tiny Houses, unlike most affordable housing options, are extremely cute and customizable (two things women love). And affordable housing is especially critical for a single mom, who is not only supporting themselves but also their children.

Single Mom moves into a Tiny House with her Young Daughter. Take a Tour:

Single mom, Erin, was tired of paying high rent for a large apartment in San Diego. She dreamed of a simpler, affordable, country life for herself and her daughter, Paulina (10). One day she came across an advertisement for a new Tiny House village opening in the mountains just outside of the city. She jumped on the opportunity, signing a lease for one of the long term Tiny House rentals available in the village.

Making Sacrifices for Your Kids

By choosing to move out of their large apartment and into a Tiny House, Erin sacrificed several creature comforts. She downsized and gave Paulina the master loft in their Tiny House so that she would have enough room for her stuffed animals and her pet snake’s vivarium. 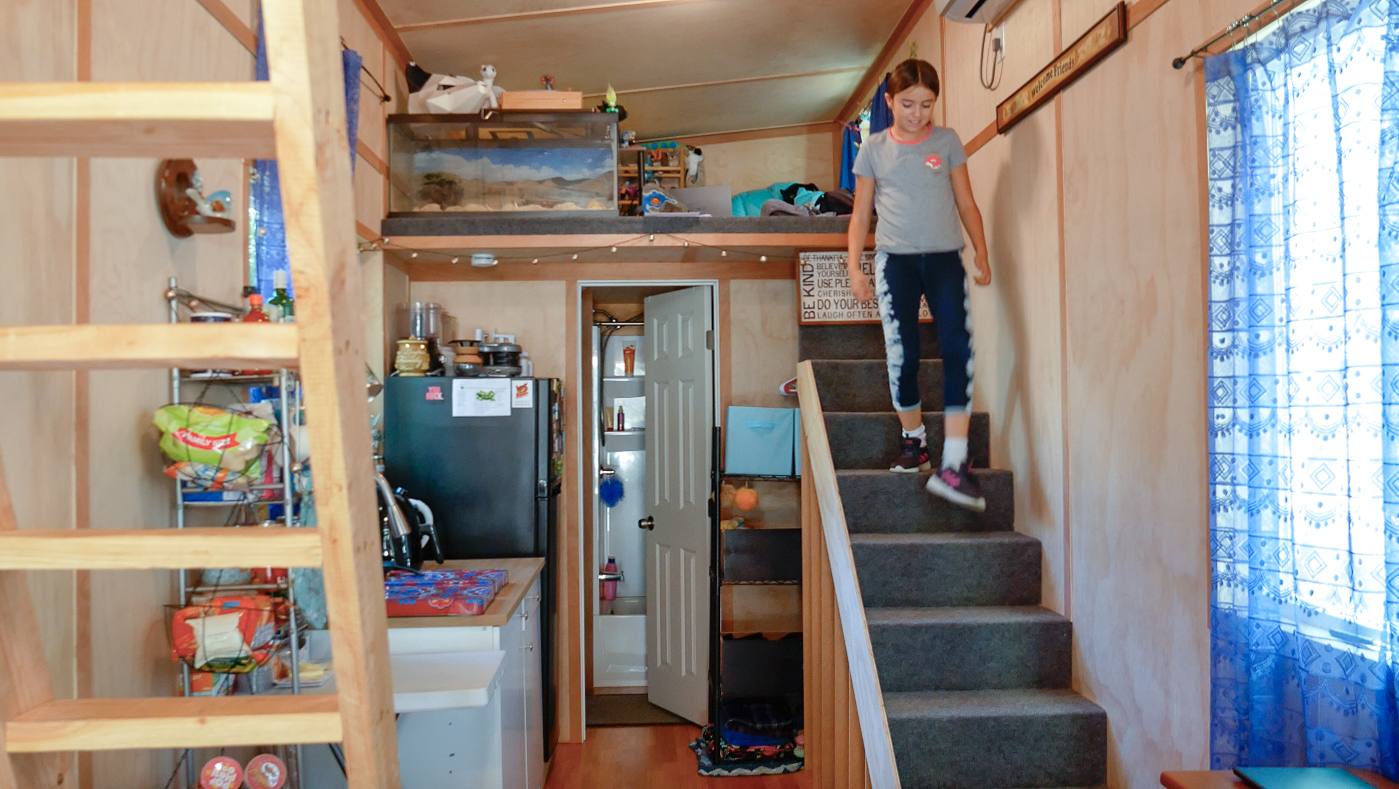 Erin sleeps in the smaller loft, which is only accessible by a ladder.  She uses a fluffy chair that unfolds into a bed-sized cushion for sleeping, and stores a few of her personal belongings next to her bed. This single mom’s loft also has crawling access to the balcony, which is Erin’s favorite part of the house. 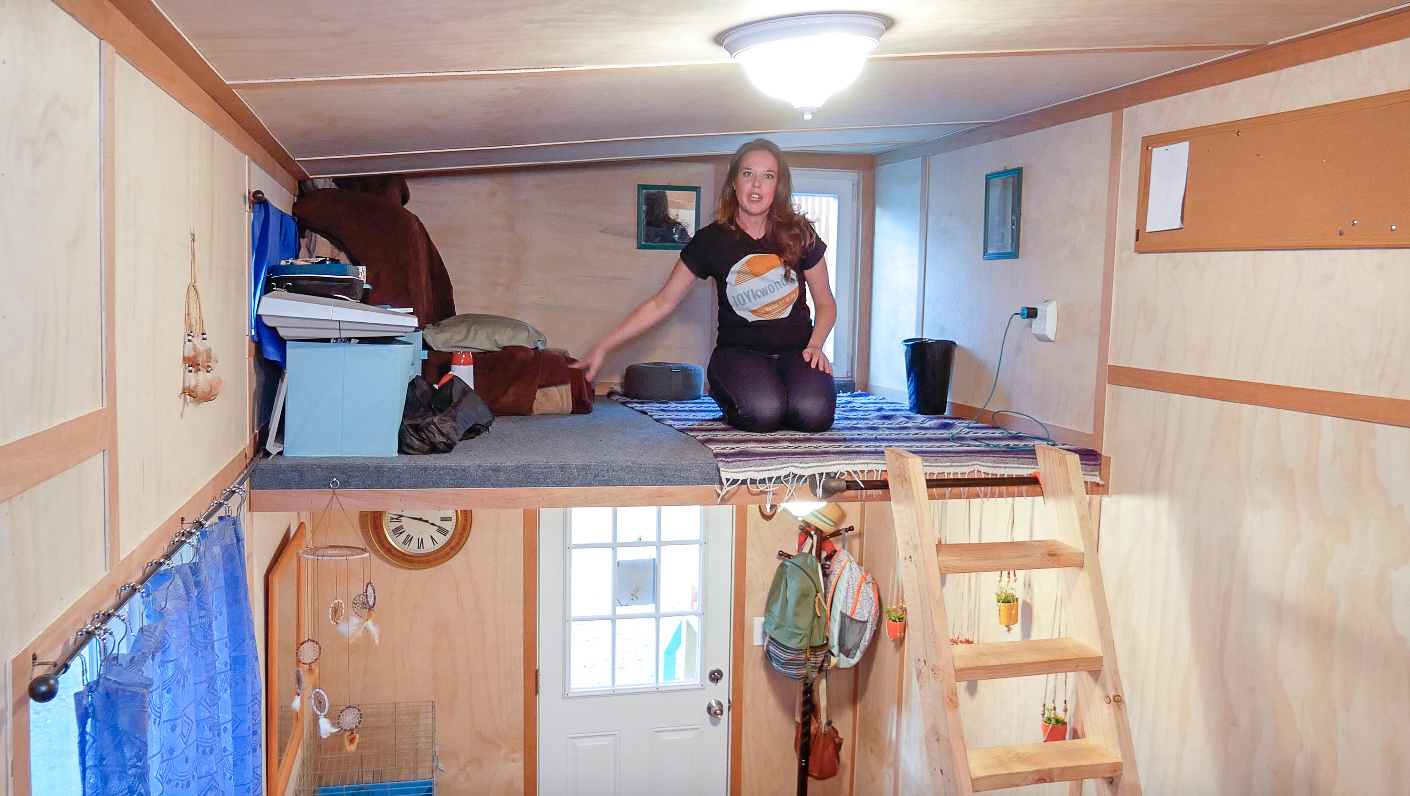 Without a television, dishwasher, or oven, Erin has made some adjustments to her daily routine. She typically cooks every meal in an air fryer, makes coffee in an easily storable pour-over, and when the girls want to have a movie night, they simply watch on their laptop computer.

“You soon realize that you don’t need much more than each other.” – Erin

The mother-daughter duo now commutes 45 minutes to get to Erin’s job and Paulina’s school, but they think all of these sacrifices are worth it to live in a place full of community and nature. “It’s like giving any other little girl a Disney princess castle to live in,” Erin said. 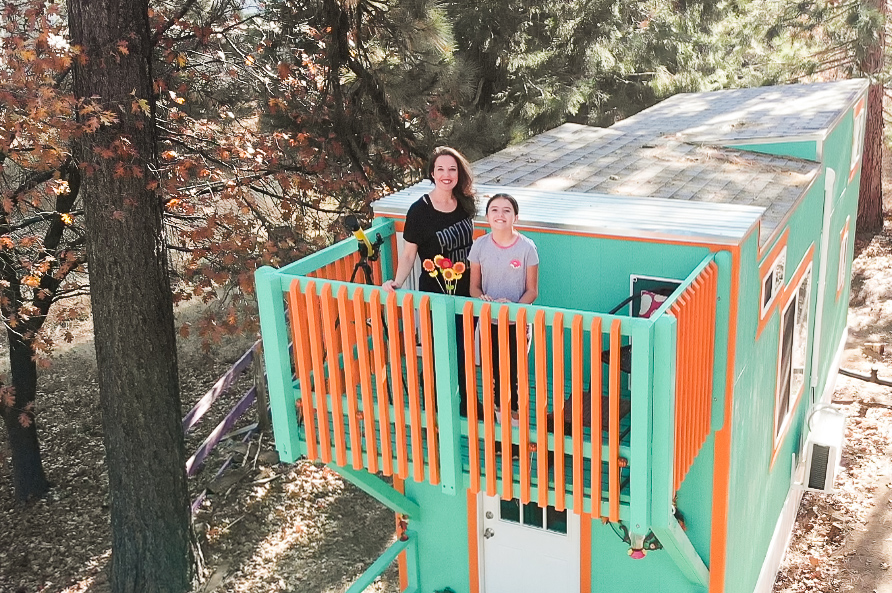 Paulina says her friends at school are really jealous, and that they plan on visiting soon. She has taken up hiking, snow-shoeing, and birdwatching since moving out of the city. She loves nature, and the famous Pacific Crest Trail is just around the corner. Paulina now believes she will want to live simply in the woods when she grows up! 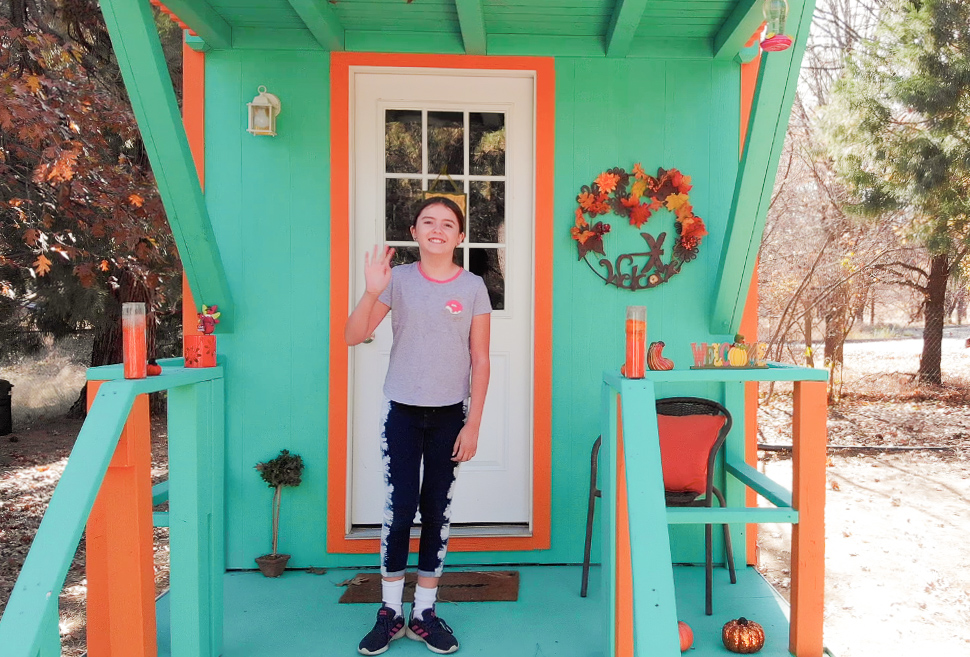 Living in a Tiny House Village

Erin told us that there are four other families currently living at “Tiny House Block,” Southern California’s first Tiny House Village. Tiny House Block offers parking for Tiny Homes, full-time Tiny House rentals (which is what Erin & Paulina do), and short-term Tiny House rentals. They have community bonfires and pot lucks, and in the future, they hope to have more activities that will help residents bond.

Interested in more stories about Tiny House families with kids? Check these out:

You may also enjoy:

10% off With This Link at Check Out