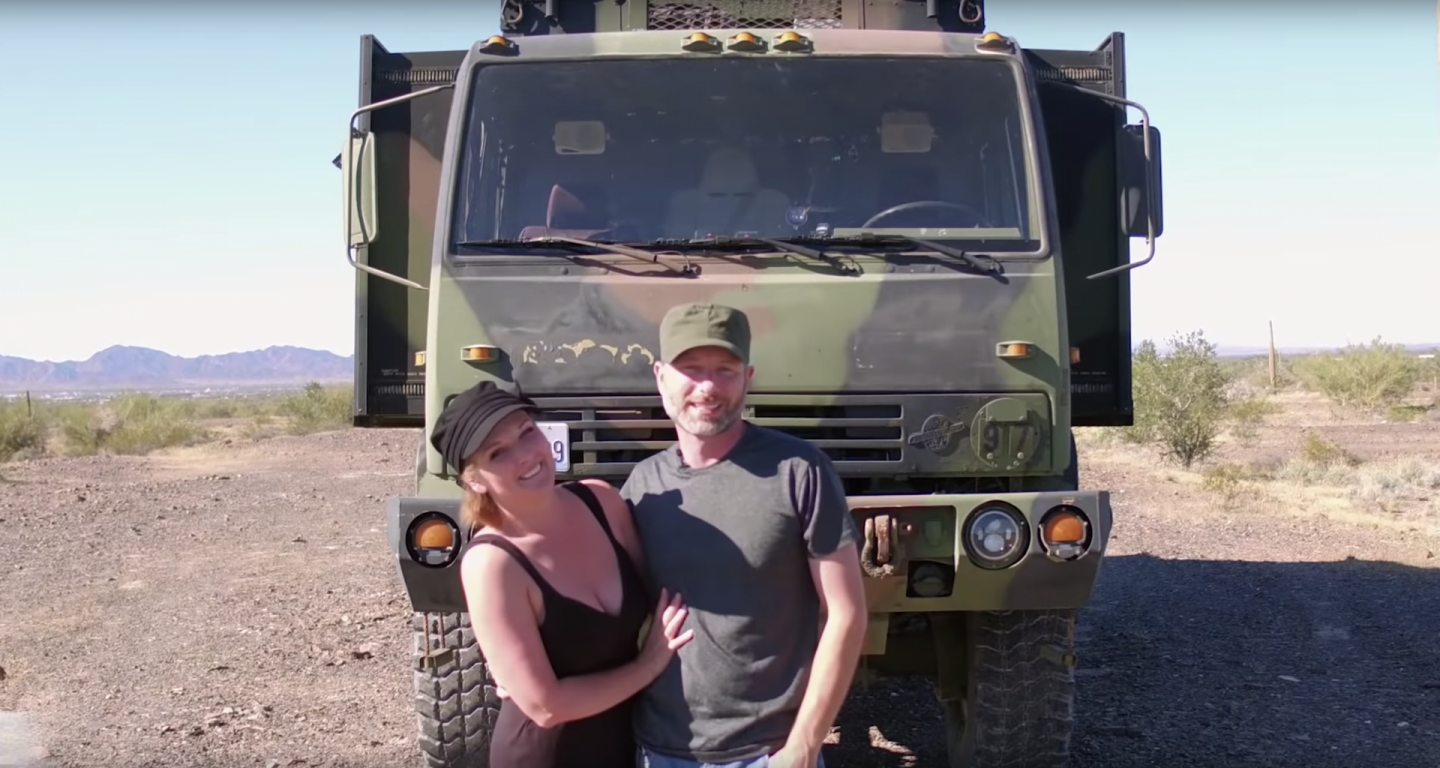 Zack and Crystal had been dreaming of creating the ultimate expedition RV, perhaps out of a shipping container or another vehicle, but nothing ever panned out. Then, one day, Zack found a retired military vehicle for sale online. He knew right away that it would make the perfect off-road home! He bought it, took a year off of work (he’s a plastics engineer), and converted it into something truly amazing. I’ve got to say, this is one of the most unique Tiny Houses I’ve ever covered on this blog! An Army Truck Tiny House?! I didn’t even know that was possible, and it has my head spinning with possibilities. Read on to learn about their frequently asked questions on the road, MPG, and the special features that Zack and Crystal implemented into their design.

Zack and Crystal had several items they did not want to compromise on when building out their army truck tiny house. First, they wanted a king size bed

. With limited interior living space, fitting in such a large bed can be a real challenge, but they managed to do it by putting the bed on actuators that lift it out of the way when it’s not in use. As long as you’re under 6 feet tall, you can stand under the bed when it’s lifted to the ceiling. 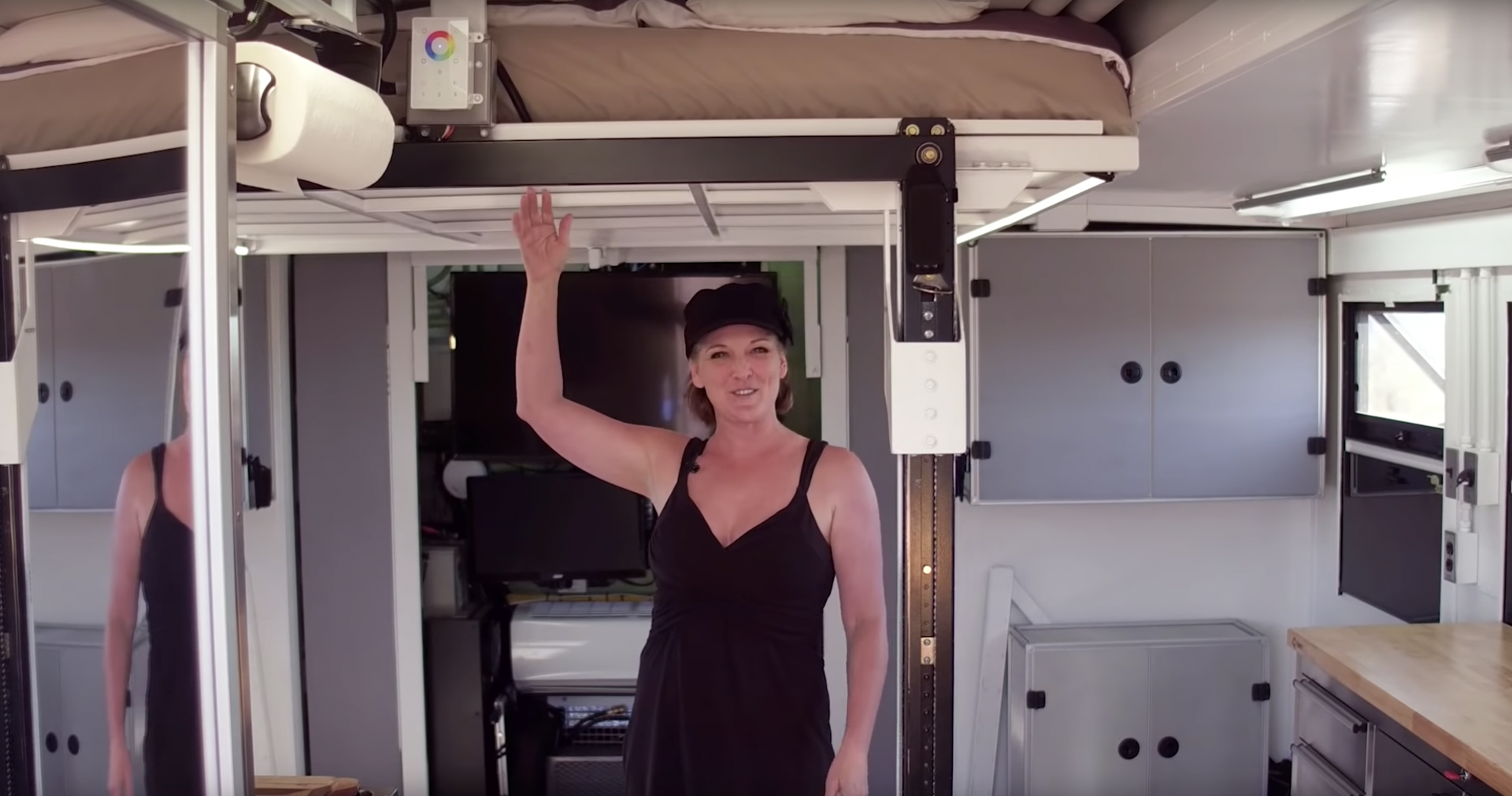 The second “must have” in their home, was endless hot water. Zack installed three water heaters to accomplish this, so that no matter the situation (on-grid or off-grid) they would have a system that provided endless hot water. Crystal loves her shoes, but the standard staircase for army trucks is impossible to climb in high heels. Not to worry, Zack found a solution. He installed metal plates on the stairs so that Crystal can still wear her favorite shoes. Finally, both Crystal and Zack work from home, so they implemented a system so that they would have wifi everywhere on the road. 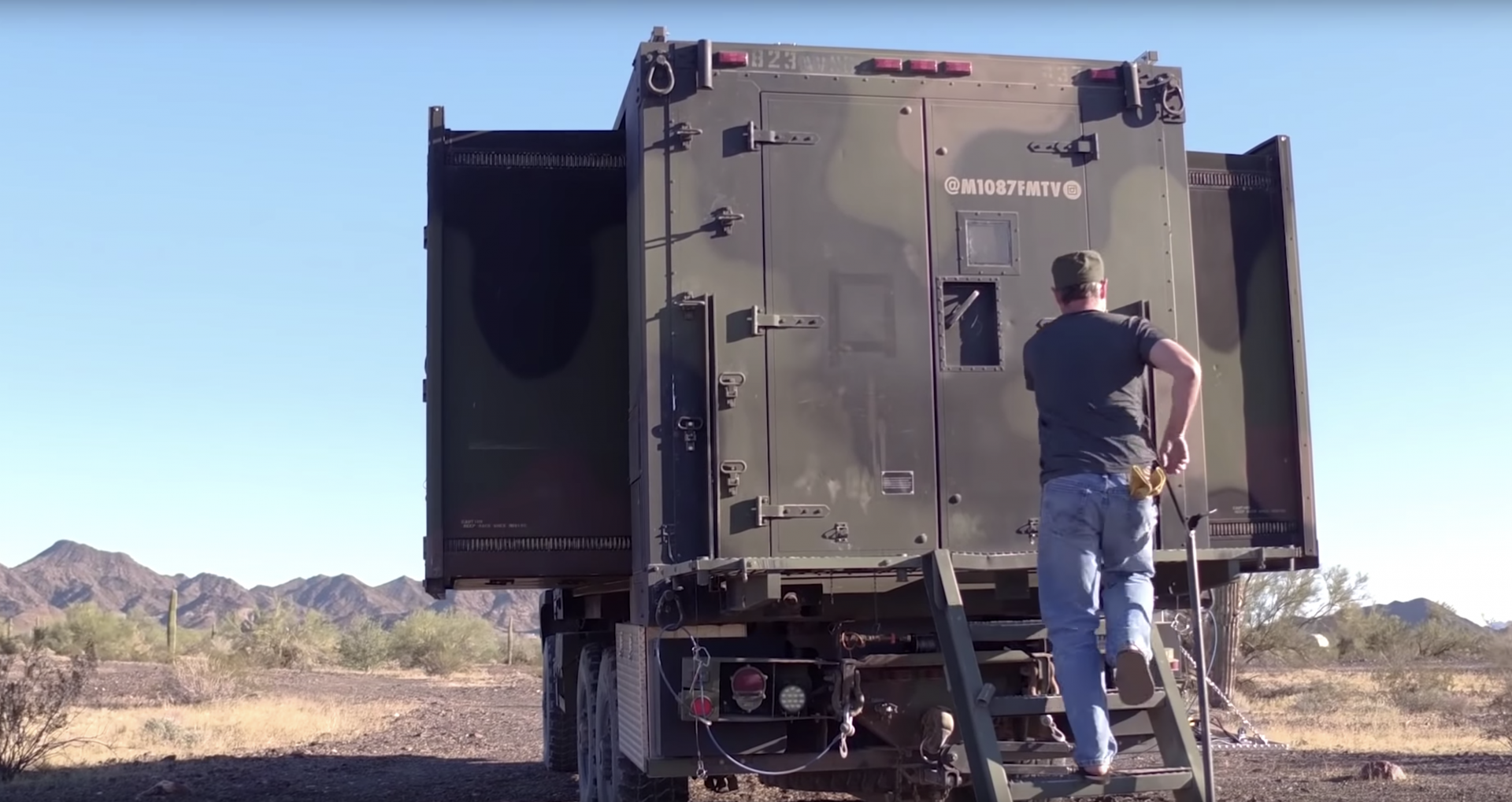 One of the coolest things about the Army Truck Tiny House is that it can park anywhere! Because of this, Zach and Crystal have camped in some epic locations that can only be reached with a 4X4 vehicle. These locations are not only beautiful, but they also provide ample amounts of privacy. So, Zack made sure the bathroom door opens all the way so they he can enjoy the view while sitting on their cassette toilet! 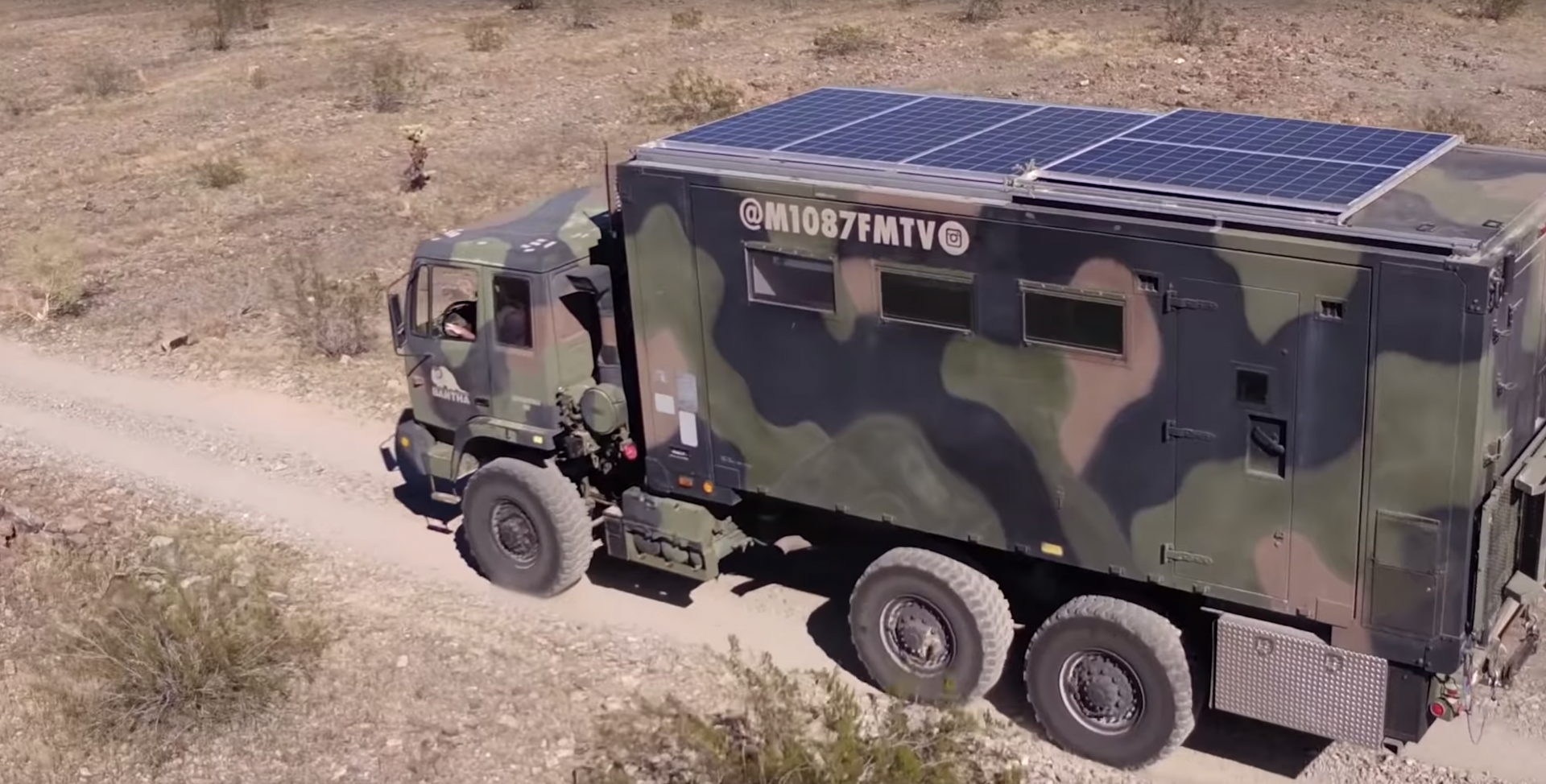 “Bantha,” named after the beasts-of-war from Star Wars, can be completely off-grid. 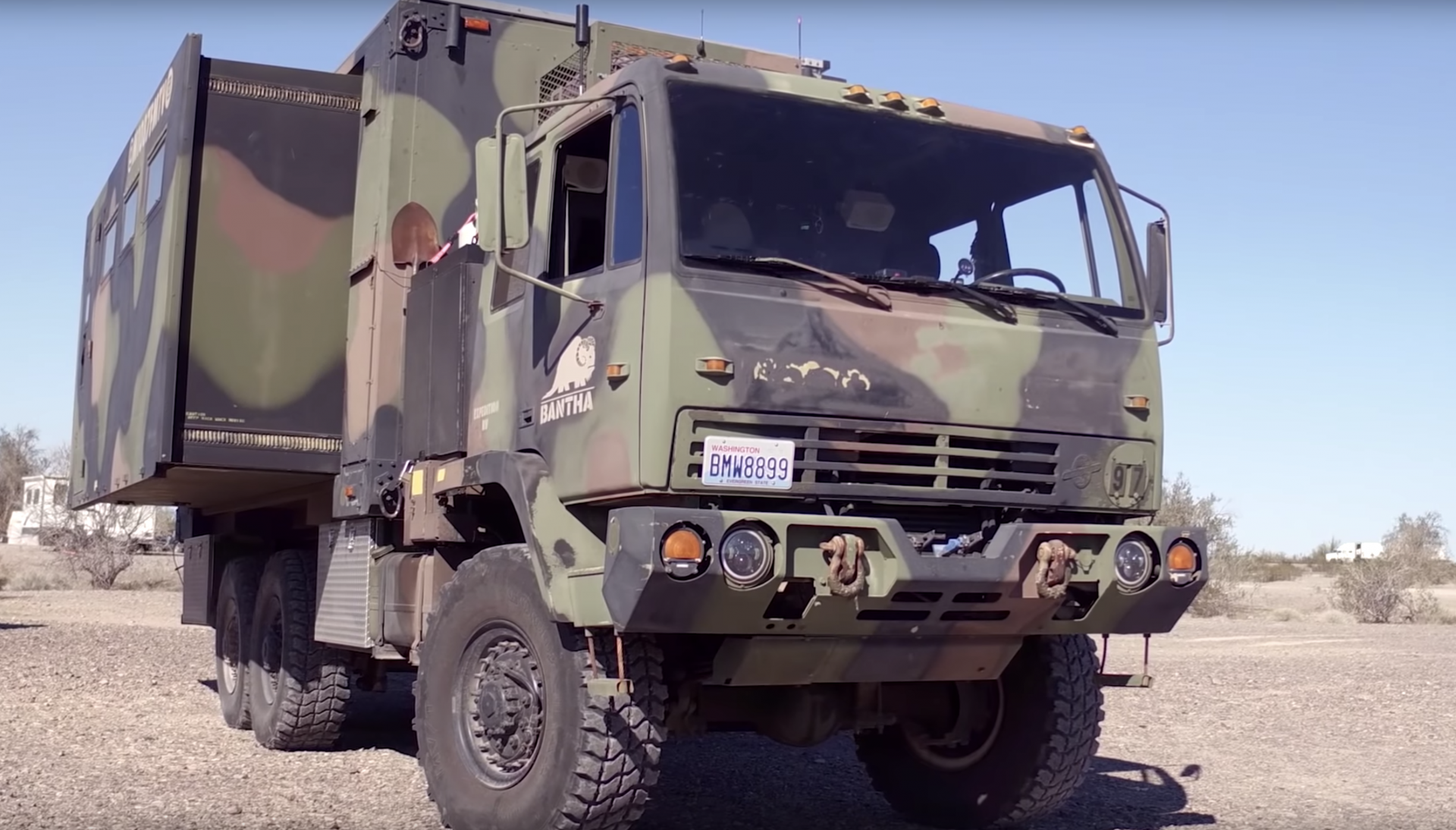 The most frequently asked question Zack and Crystal get is : What is it? Well, Bantha is a M1087 FMTV, and it came already equipped with slide outs. Zack then goes on to explain that he bought it from a private seller and converted it into an expedition RV. The follow up question is: “How’s the gas mileage?” Bantha gets 5-6 mpg, which is definitely the biggest gas guzzler that I’ve encountered, but that’s to be expected. You don’t buy an army truck thinking you’ll get great gas mileage; you buy it because you want the ruggedness and the ability to go anywhere! Besides, Zack and Crystal travel slow, as they aren’t in any hurry. So the high mpg isn’t as much of an issue as you might think. They also tow behind a jeep for local trips to town for grocery shopping, etc. 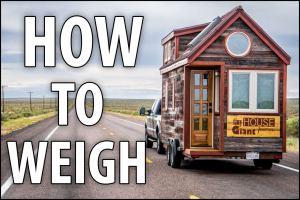 Would you live and travel in a converted Army Truck?