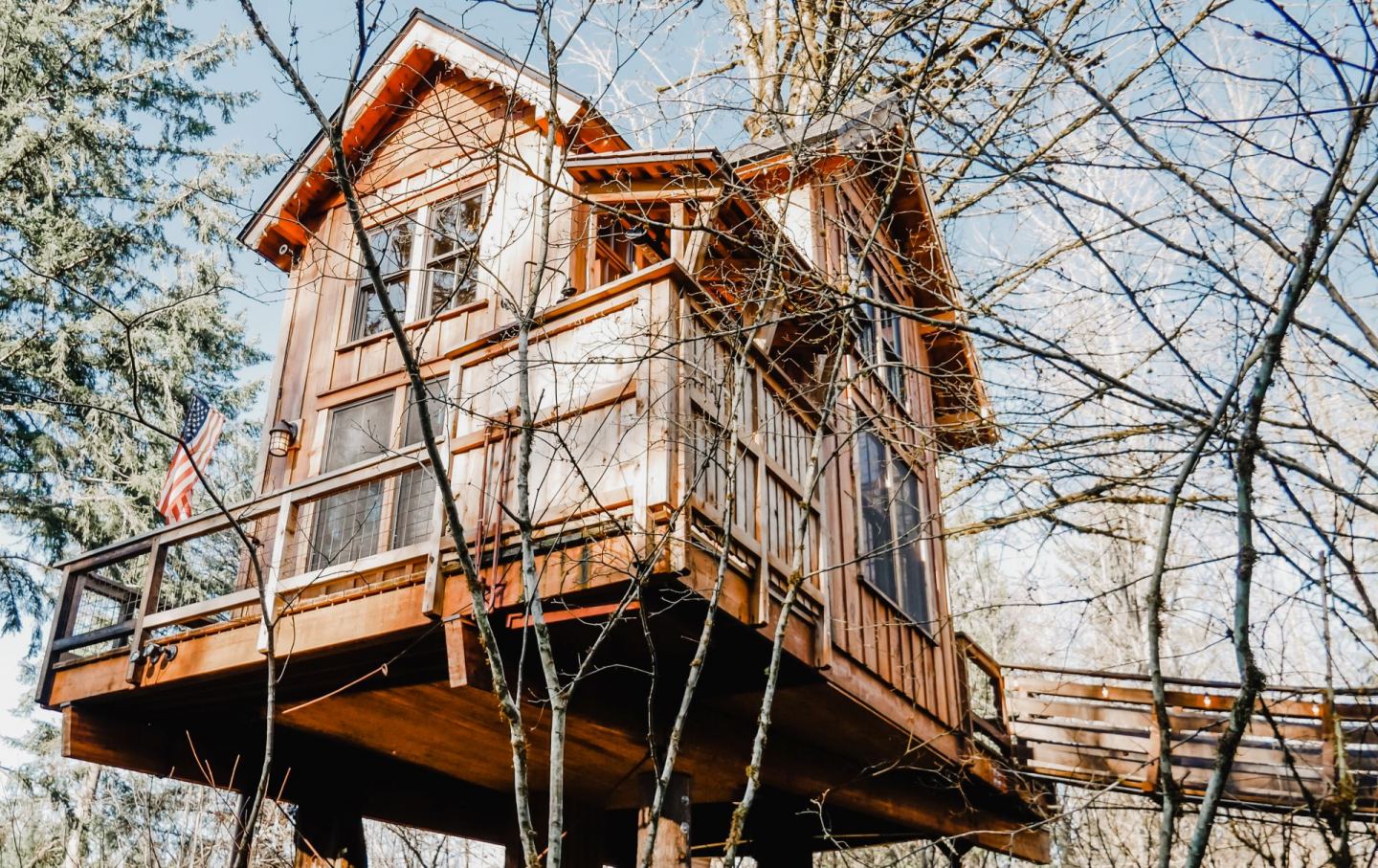 Today’s featured story is about Scott and Kim’s backyard Tree House and their incredible outdoor movie theater. Scott had always dreamed of having a “big boy” Tree House and, after visiting Tree House Point, he fell in love with Pete Nelson’s designs. The next year, Pete built them a stunning backyard Tree House, which was revealed on the TV Show “Tree House Masters” on Animal Planet. The fantastic Tree House was everything Scott and Kim had dreamed of, but their journey didn’t stop there. The following year, Pete came back to build an outdoor theater on their property. The best part? It looks just like the Ewok Village from Star Wars!

Due to building code restrictions in Washington, Scott and Kim were only allowed to build their Tree House to be a maximum of 200 square feet. With such a small amount of space, Pete Nelson still managed to design a space that could accommodate four overnight guests with the help of a queen murphy-bed and a lofted bunkbed. He also designed the deck to serve as an extended living space (it houses the bathroom and shower rooms). Scott really wanted a look out high in the trees, so Pete created a crow’s nest that sits another 20 feet above the deck. 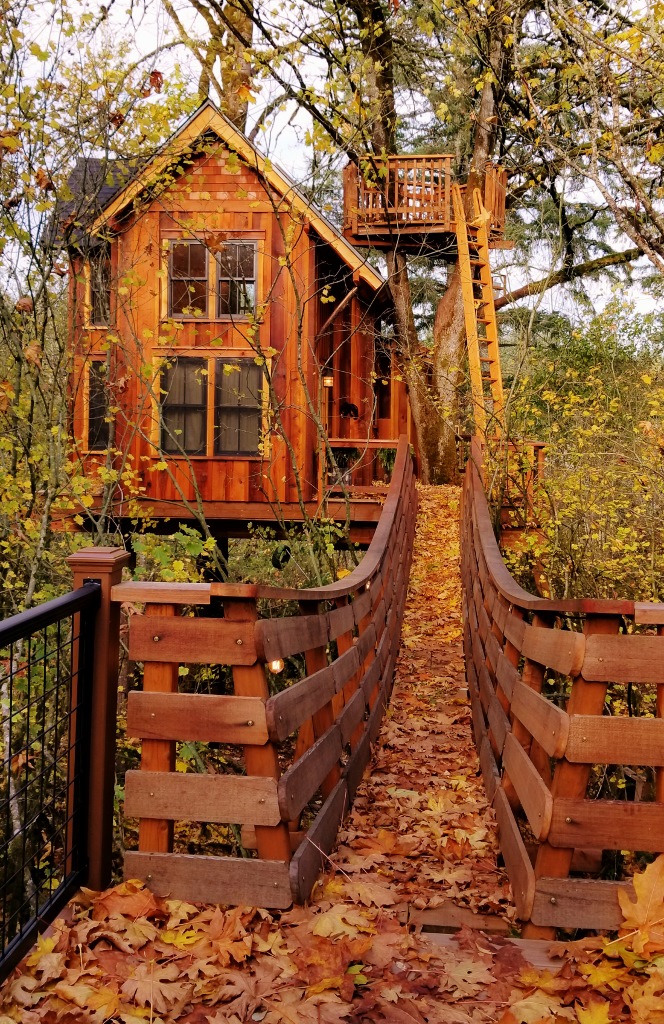 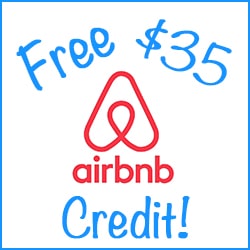 CLICK HERE to Rent this Tree House on AirBNB! 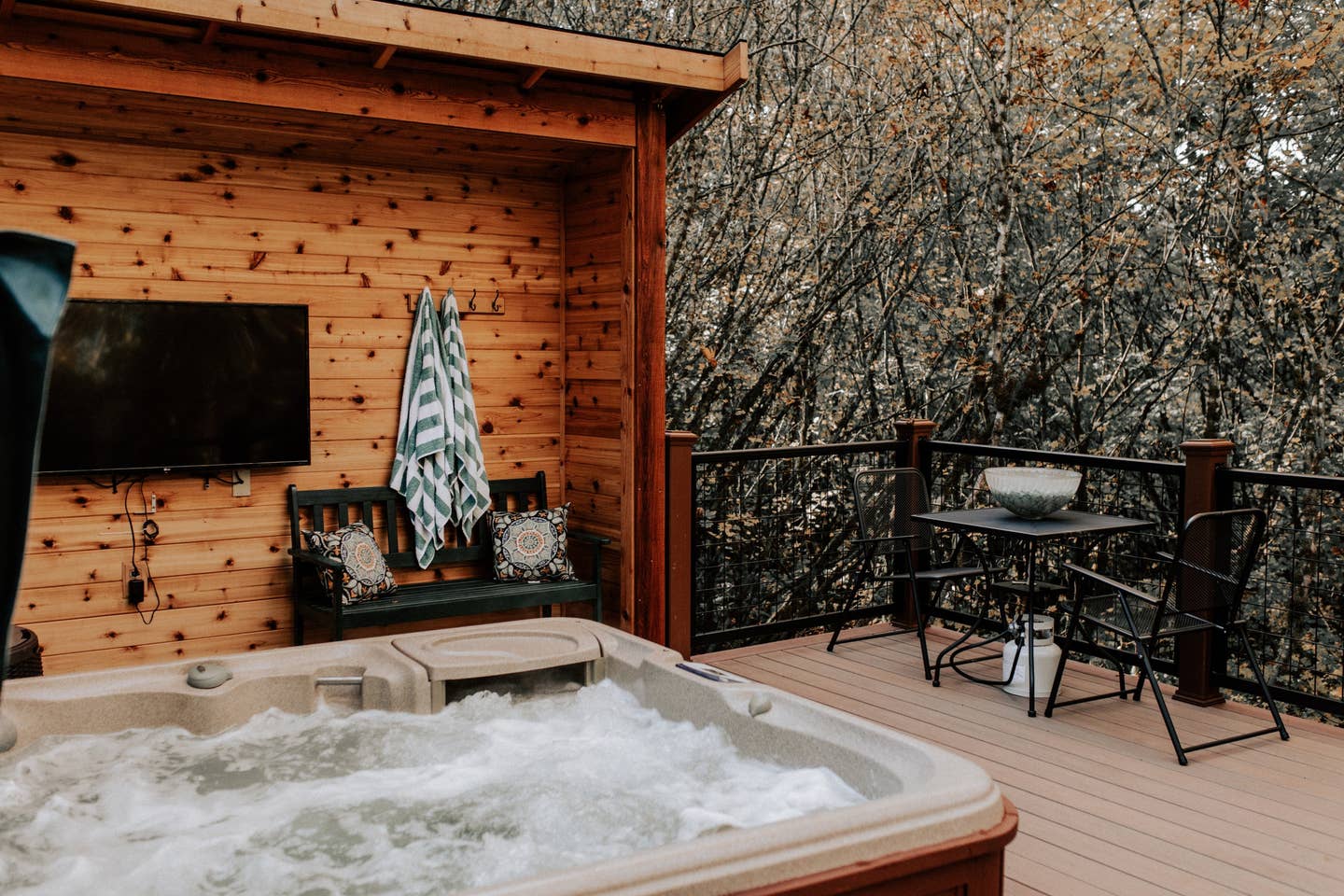 First Came the Tree House. Next Came the Ewok Village!

Another Episode of Tree House Masters.

The next project that Pete Nelson built on Scott and Kim’s property was an epic outdoor theater in the style of an Ewok Village. I wouldn’t have believed this place actually exists if I hadn’t seen it for myself. It’s spectacular, magical, and beautiful all at once. Seriously, my jaw dropped when I saw it. Tucked in what Scott has named the “Emerald Forest,” the theater features several fun seating areas to relax or catch a flick! The entire structure is supported by an archway that spans two trees that are about 35 feet apart. This “climb-in” theater was also features on an episode of Tree House Masters. 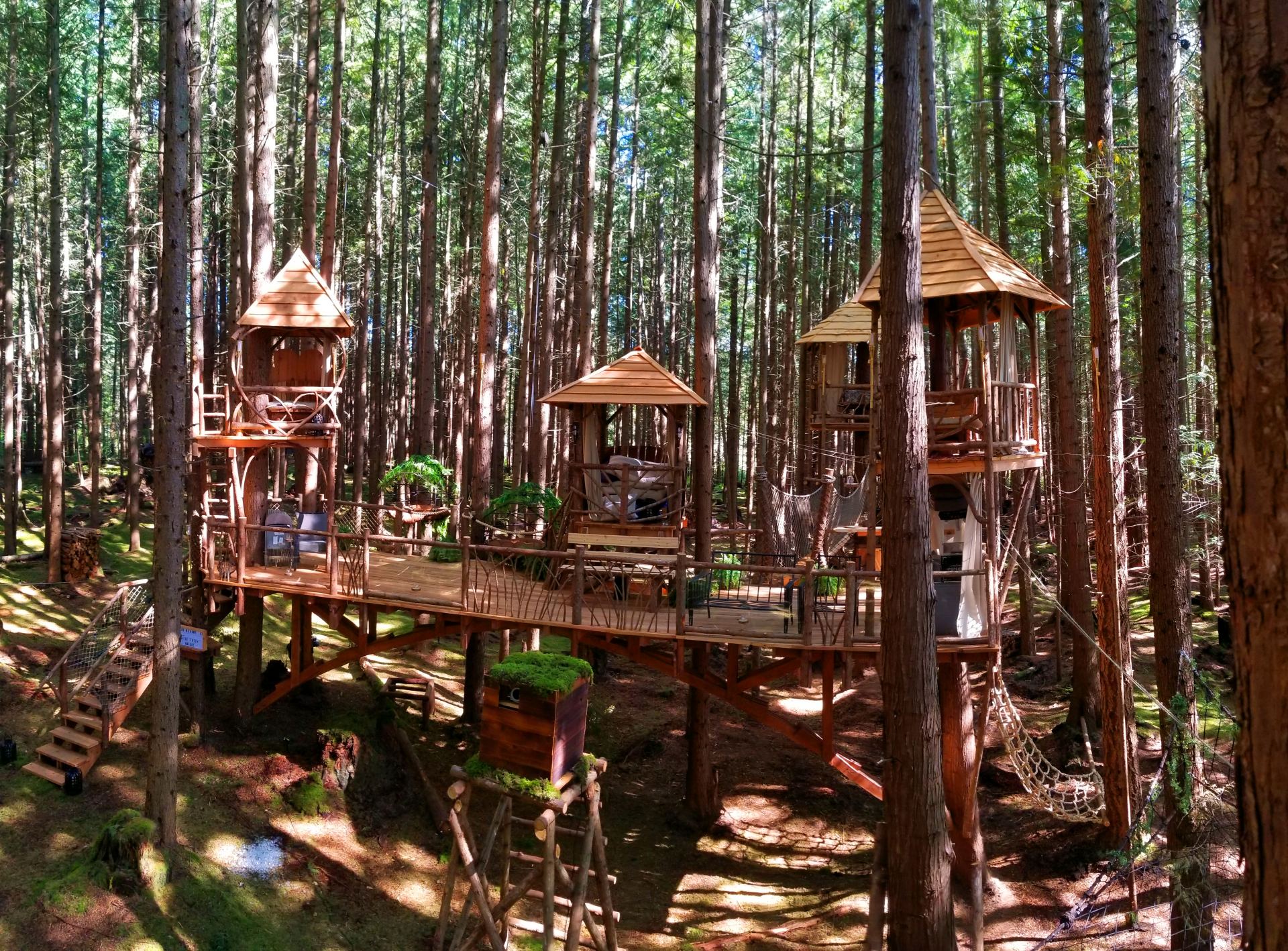 Did you love the show Tree House Masters?