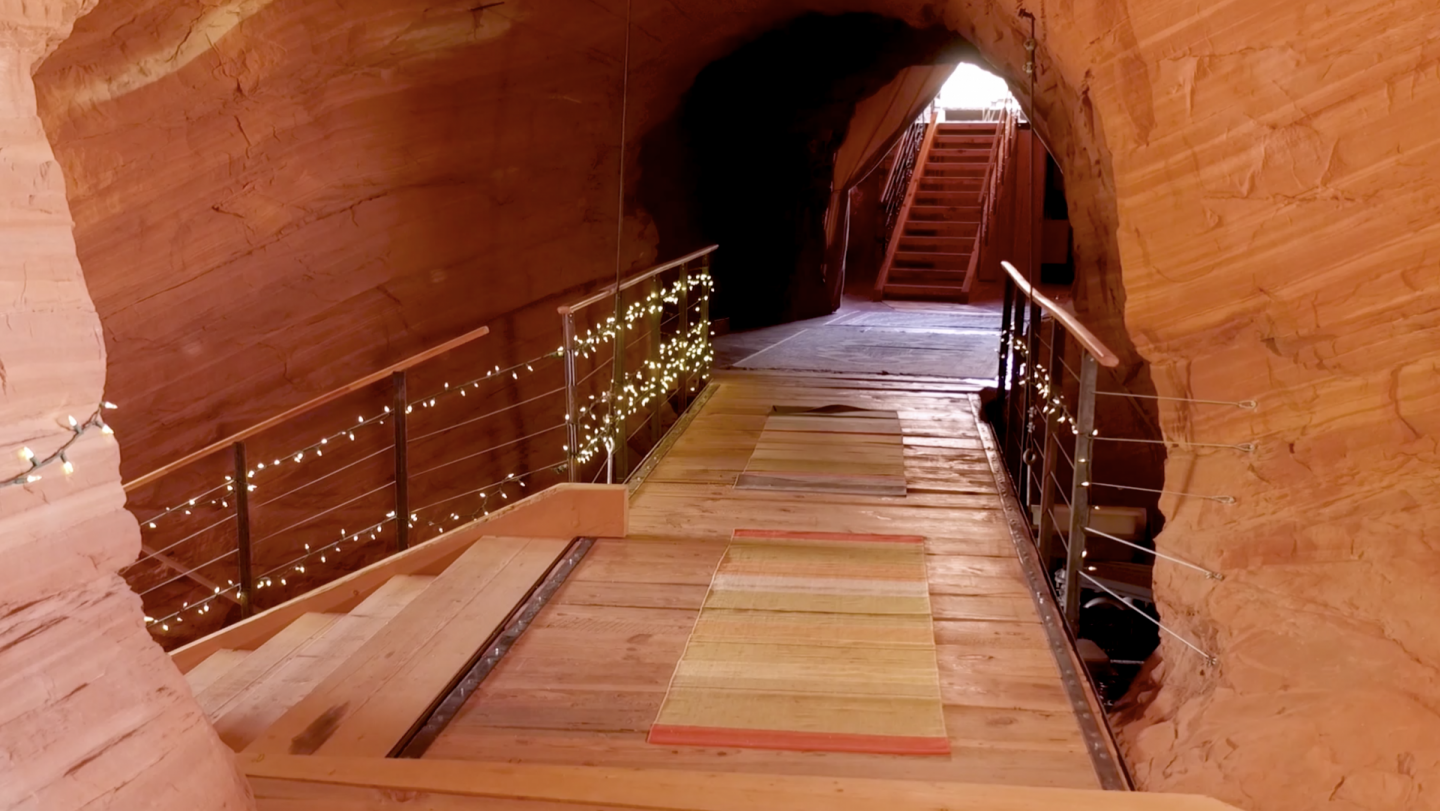 This story is unlike any other I’ve shared on this blog. First of all, this house is not tiny. In fact, it’s very, very large at over 5,000 square feet. Secondly, it’s a cave. And a man-made cave at that. Still, I think it belongs on this blog because the story is one of passion, finding home, and building something totally unique to fulfill a lifelong dream. This is the story of Grant Johnson’s cave house and homestead.

Grant moved to Moab, Utah when he was a young man looking for a place to settle and establish himself in the world. He worked his way though college as a miner, learning a trade that would one day help me build an incredible cave house. By 1980, Grant had saved up enough money to purchase 40 acres of undeveloped land near Boulder, Utah. He lived on the property in a trailer without running water or electricity for the next 25 years, learning to grow his own food. The area is so isolated, the closet stoplight was over two hours away, and to get to the property you have to have 4-wheel drive and the ability to cross rushing streams. 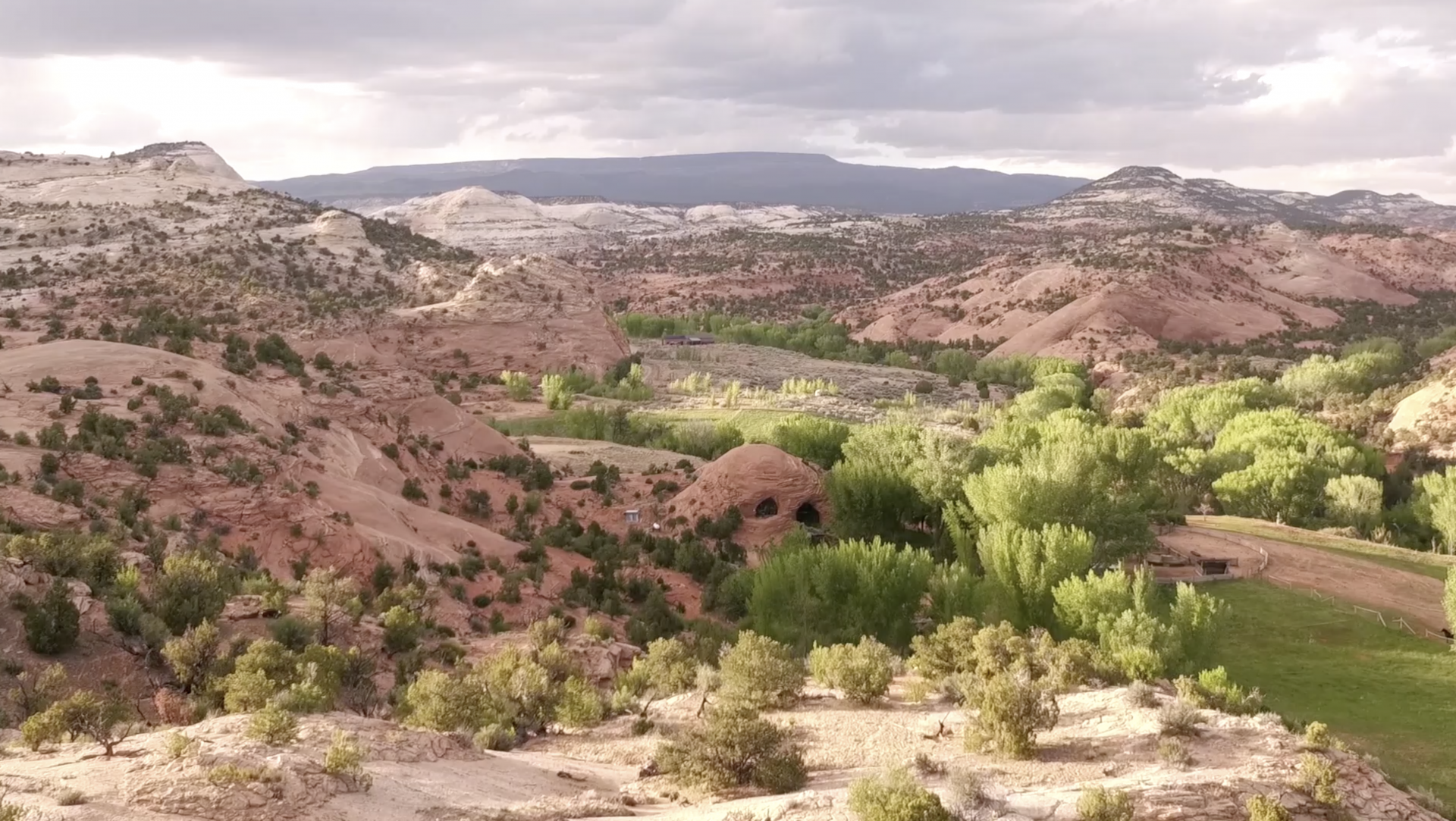 Grant started leading horse back riding treks on his land, which became an inholding of the Grand Staircase-Escalante National Monument in 1996. It was about that time that he also started blasting into the side of a large bedrock, with the goal of eventually building a cave house for himself. 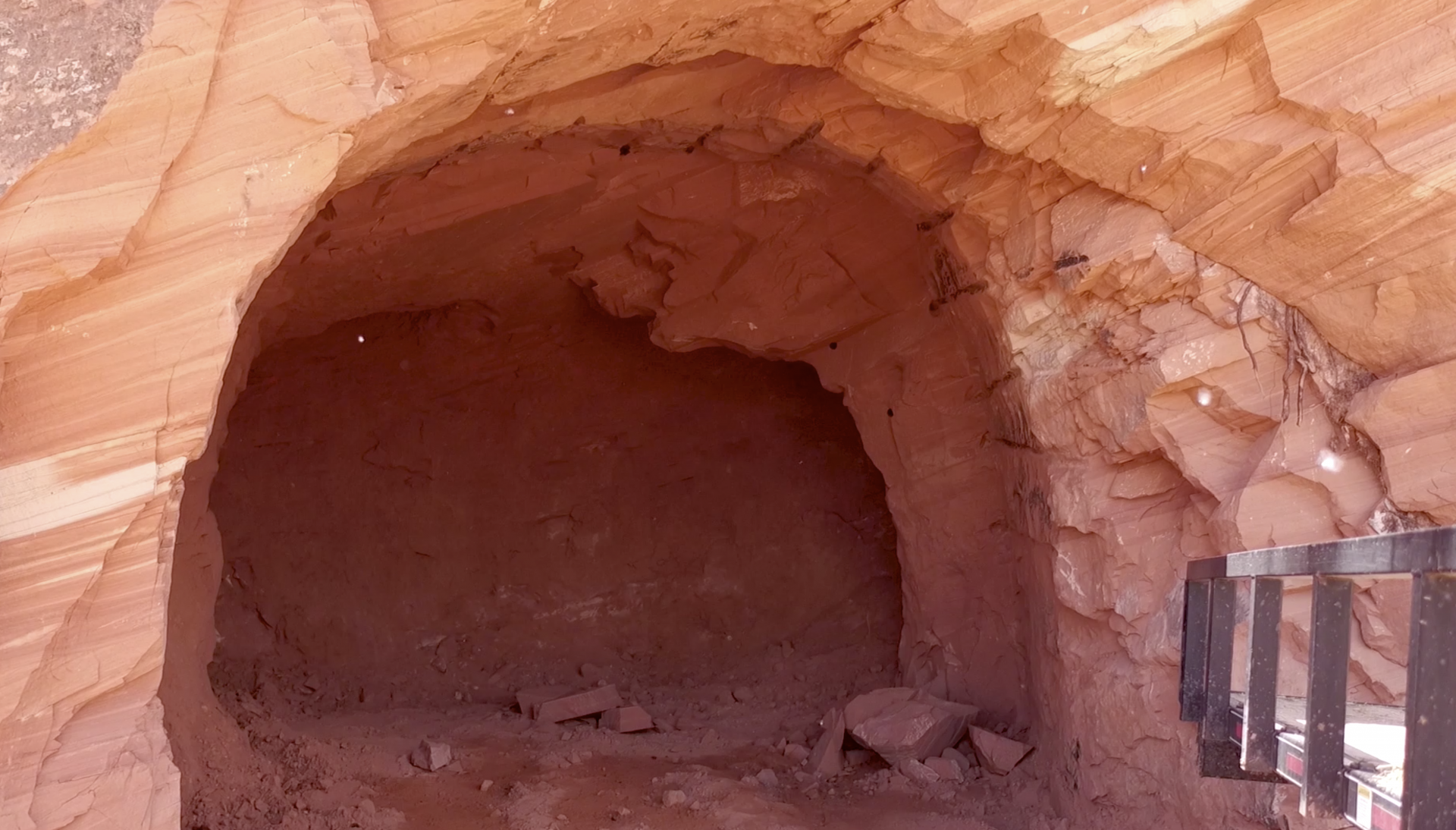 8 years later, Grant had finished blasting, but it would take several more years before he finished the inside of the cave house. He did want any steal or structural elements inside of the cave, and the openings remain to be only glass panels for an unobstructed view. 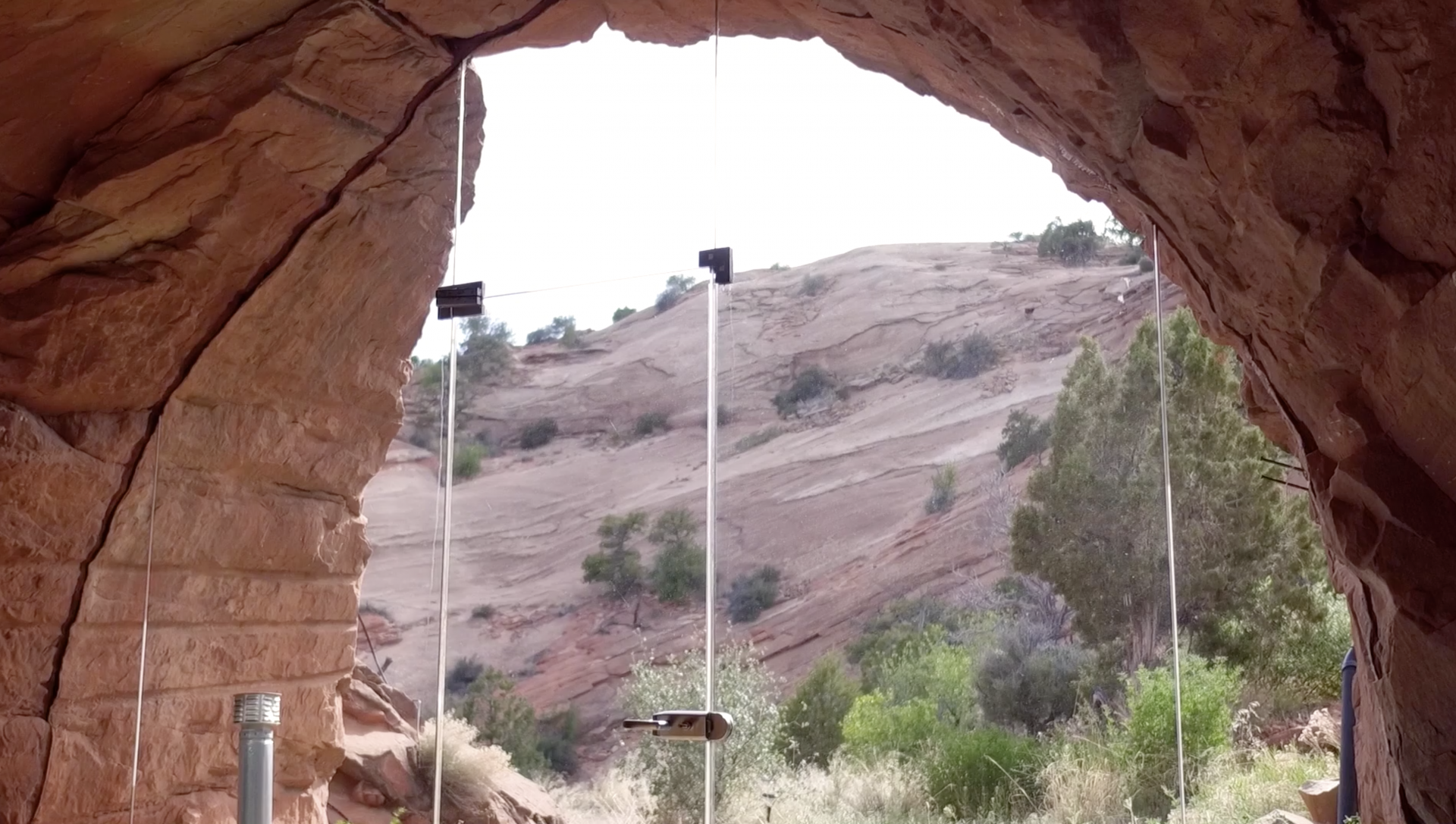 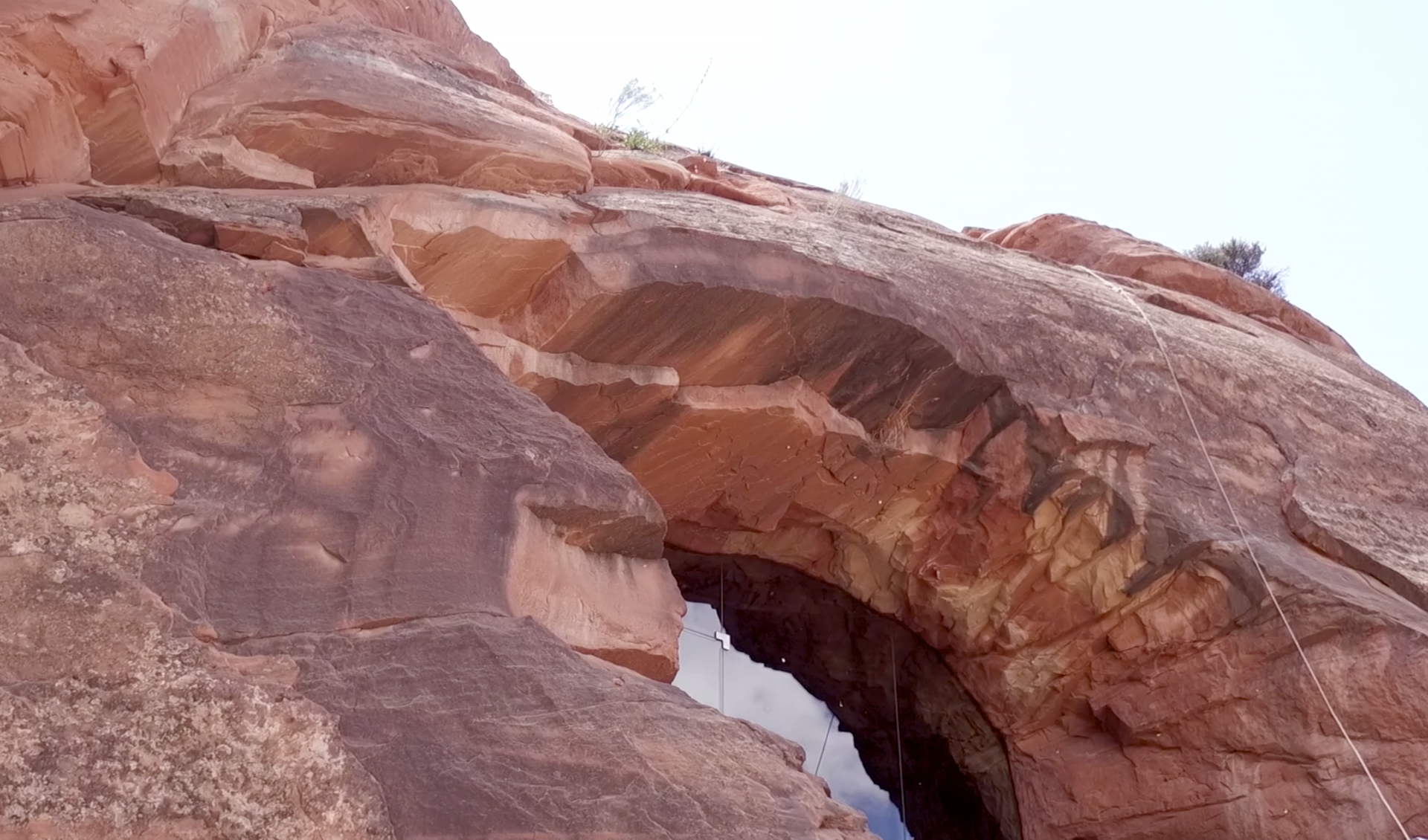 By the time he moved into his cave house, Grant had figure out a way to pump water to his property from a nearby pond and generate electricity with a turbine. His land remains completely off-grid, with only satellite internet. Grant grows all his own food and raises pigs, horses, and dairy cows in his fields. 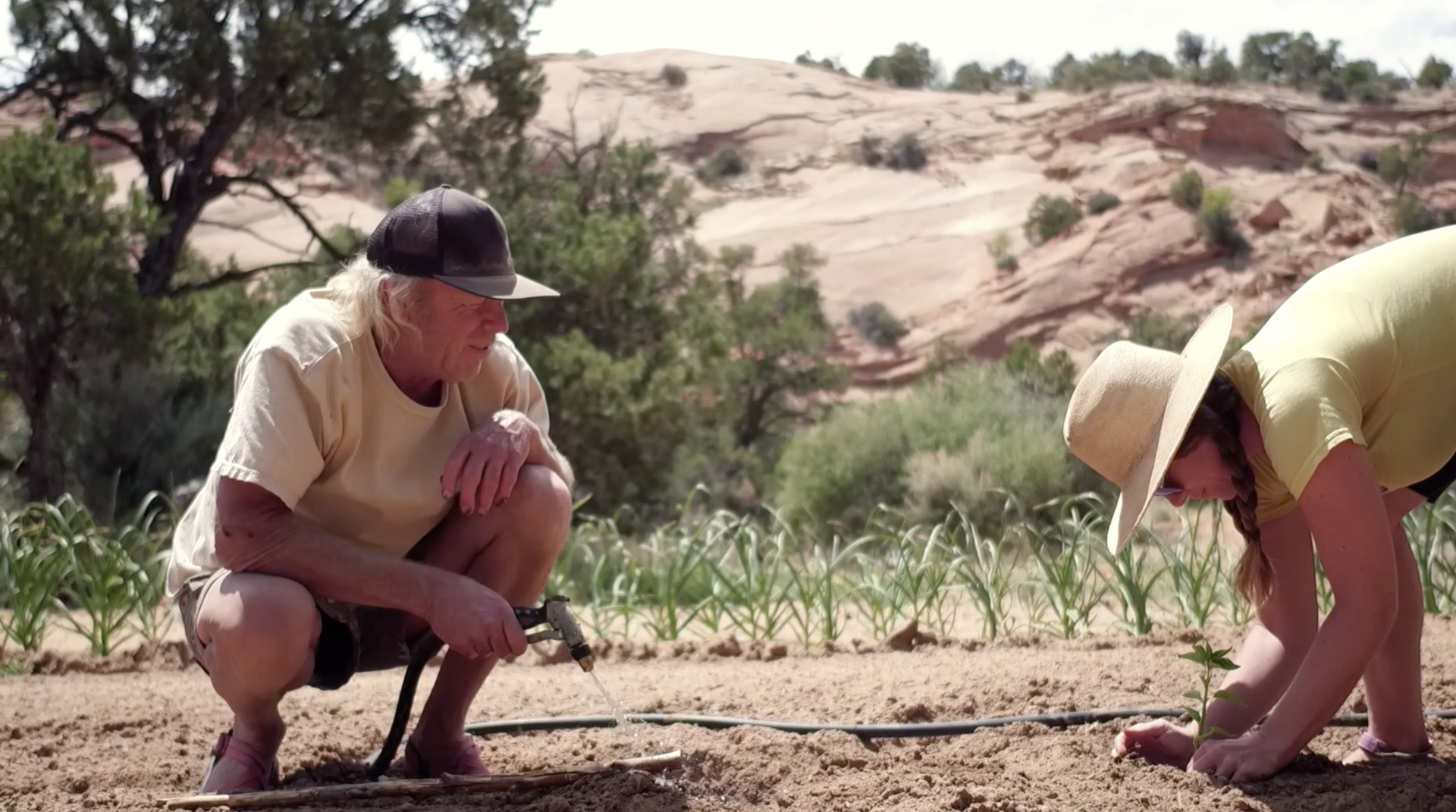 In other words, Grant’s homestead is completely self-sufficient! 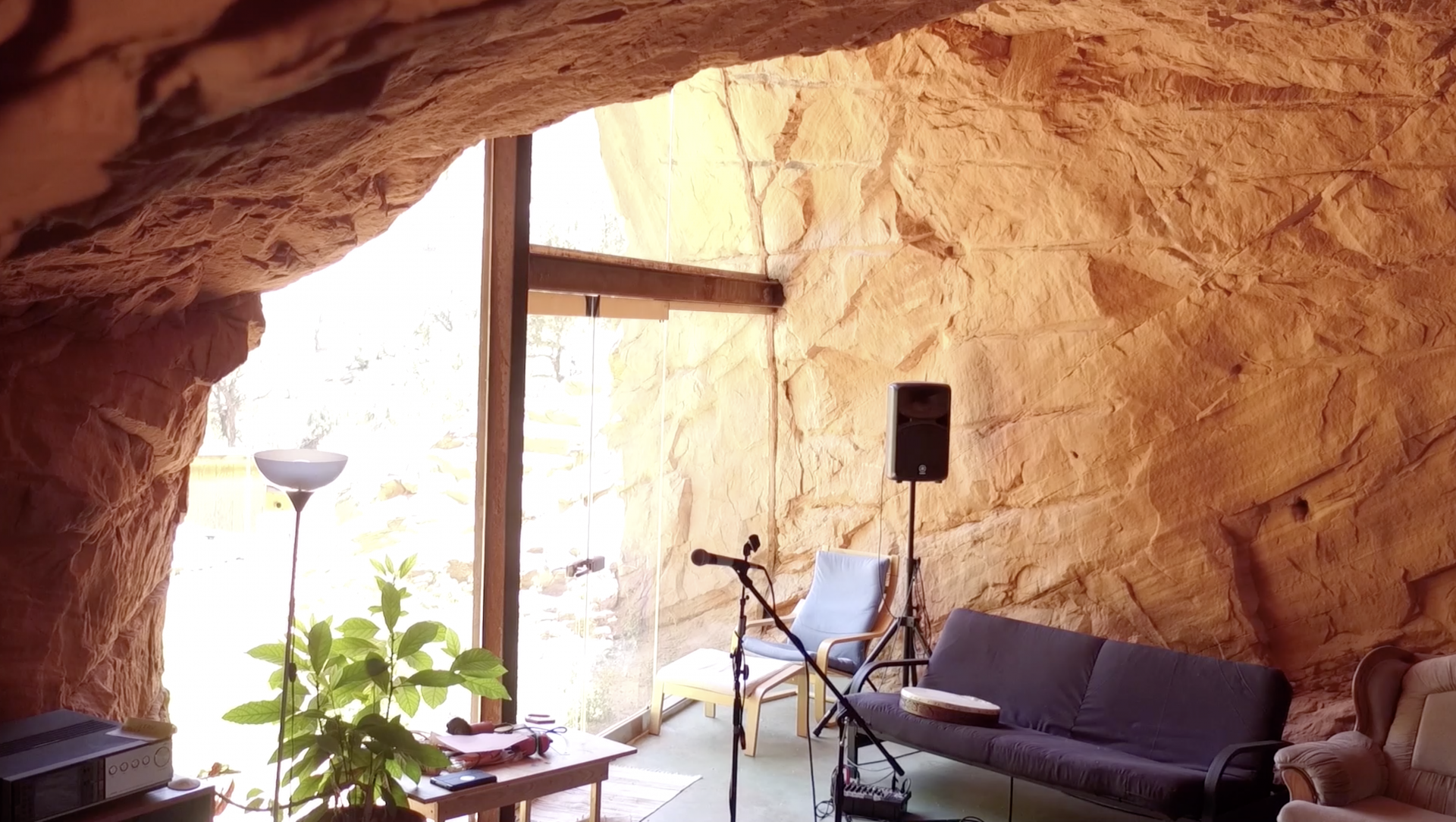 An avid music lover, singer, and harmonica player, Grant built a jam room in his cave house. He often invites his friends and neighbors over for a rock session. Can you imagine the acoustics? 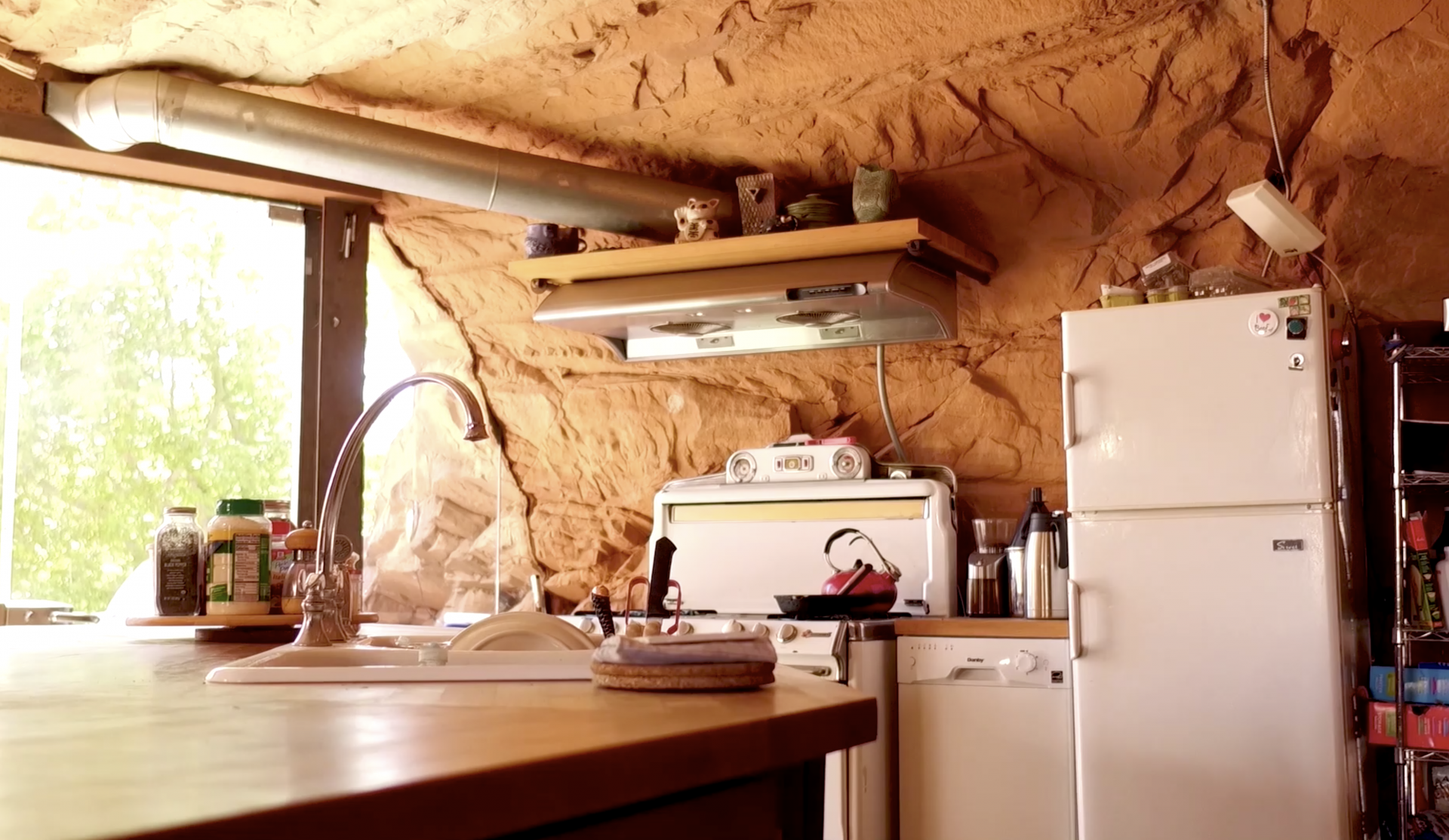 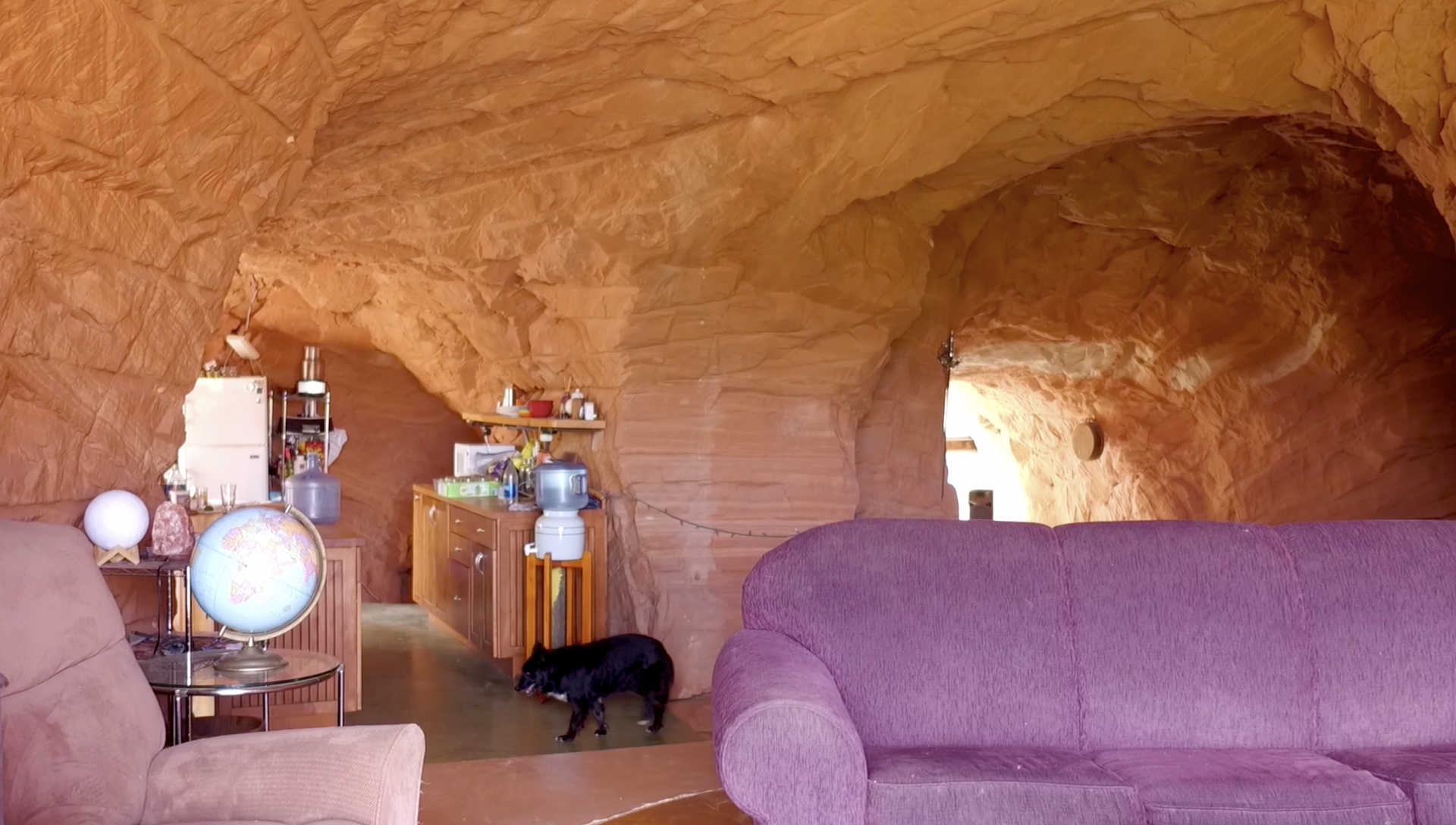 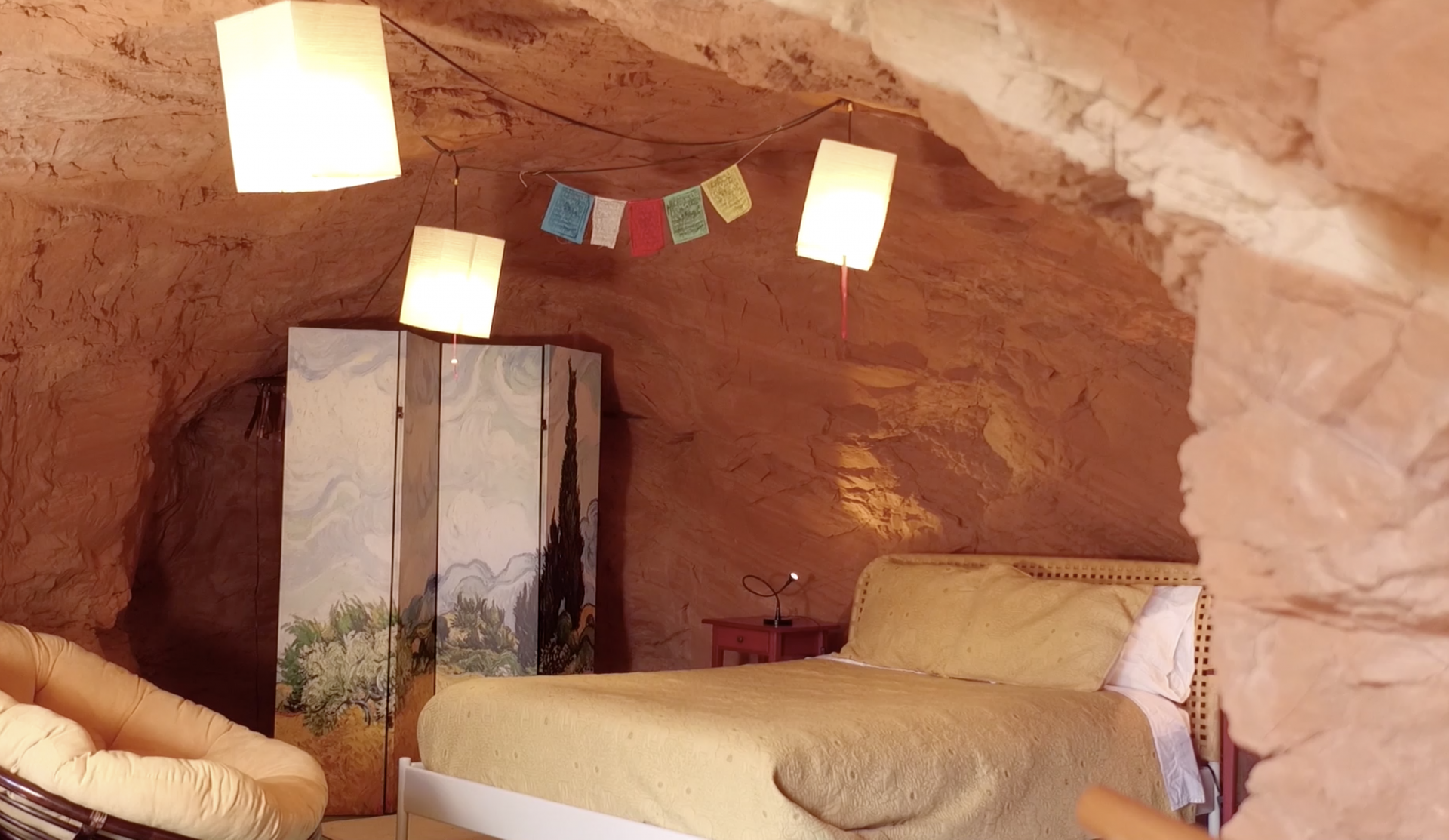 At over 5,000 square feet, Grant decided his cave house was too big for just him, so he divided it and started renting out a two bedroom / one bathroom apartment on AirBNB. By doing this, he is able to share the experience with others. Often his guests are inspired not only by the house he built, but also Grant’s homestead and the natural beauty of the land itself. 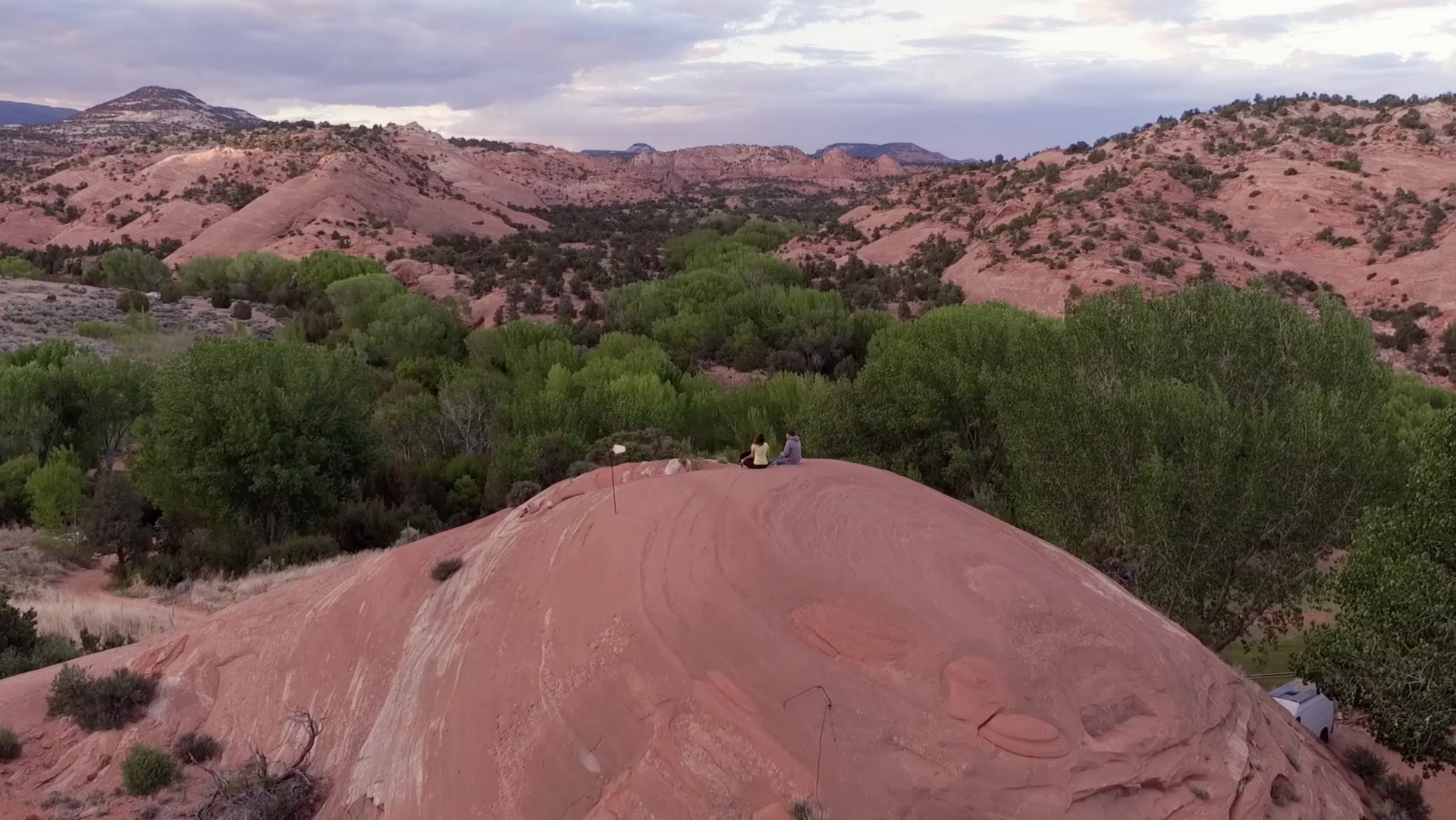 This incredible story of Grant’s cave house and homestead has been a lifetime in the making. It’s a true labor of love, and I’m honestly in awe of what he’s done. How about you?